Back when we here at Directors Notes were still very much in our toddler phase as a site we were pointed in the direction of experimental animator Max Hattler. Through the years, as Max’s globe trotting projects have grown ever more impressive, so too has our love of his work as you can see in the litany of Hattler posts on DN. With the prolific filmmaker’s recent collaboration, Divisional Articulations, with composer Lux Prima recently hitting the web, we took the opportunity to talk to the artists about their enduring audiovisual partnership and invited Max to look back on his creative journey so far.

Teaching has remained a strong component of your career over the years. In this landscape of ubiquitous content have you notice any changing trends in the attitudes or approaches of your students?

Max Hattler: I’d say it’s fantastic that so much work is available now for students to study right there on the internet. But the key is knowing where to look, what to look for, as always. That’s where teaching comes in, to try and guide this exploration, give signposts. The availability of video tutorials is another aspect that has really changed how kids teach themselves technical skills outside of the classroom. But similarly, it’s about how you apply this knowledge to your work that’s important.

Back when we first began featuring your work those projects were solo efforts, which is no longer the case. How has being able to marshall teams of animators expanded the scope and aspirations of your films?

In reality, there’s been a fair share of failed experiments, non-starters and one-off aberrations.

My work always involves improvisation and experimentation, which I can either do myself or farm out to a team. I then try to give direction, while allowing animators a certain amount of freedom, and work through a series of iterations and adjustments towards a final result. On short form pieces this approach generally works well.

Five, an abstract visualisation of Gustav Mahler’s Symphony No. 5, was the most ambitious effort so far, with around 40 people involved, and over an hour’s worth of animation. Due to the scope of this project, it was much more difficult to hold things together. For such large-scale productions much more stringent planning is required, and a purely improvisational approach becomes problematic. While this project was hard work, and the result is mixed, it encouraged me to think more seriously about making longer-form works in the future. 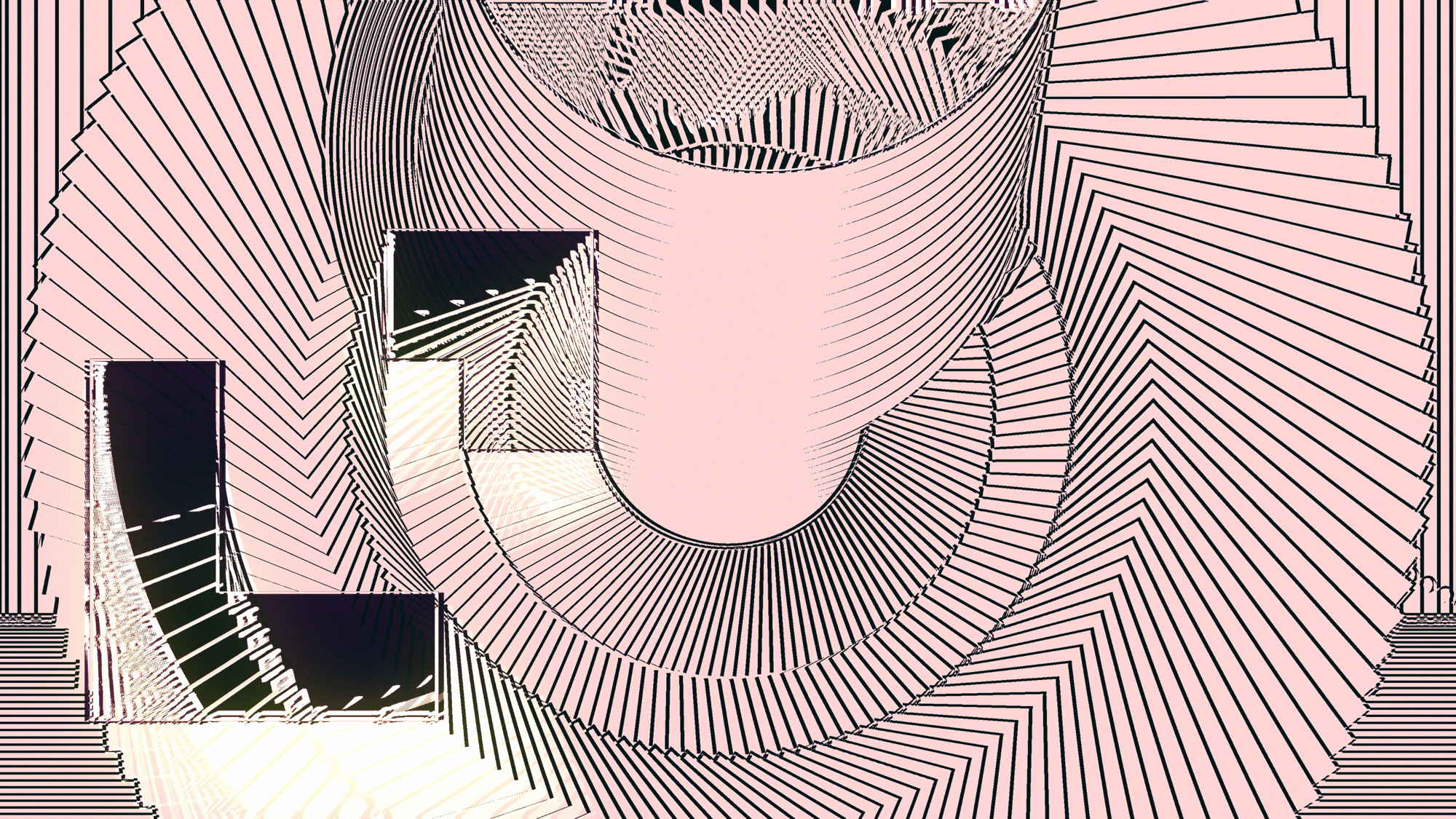 How did the Divisional Articulations project come into being?

MH: Divisional Articulations is a collaboration with Lux Prima, whose first EP was recently released. Divisional is the first release from it. Lux Prima really is East London music scenester JeanGa Becker who was in this short-lived band project Economy Wolf that I made my only live action video, Yellow Kudra (2006) for – it reincarnated in 2010 as Your Highness with a different soundtrack. JeanGa also made the sound for Shapeshifter and III=III (both 2016).

Practically, how does a project such as Divisional Articulations move through production out to the team whilst adhering to your directorial voice? How are elements of the piece apportioned to and developed by team members?

MH: Since many team members had never done any animation before, it was important to keep it very simple. Each was given a small section of the song to animate using solely black and white shape layers in After Effects. The emphasis was on animating basic geometry to the music, while creating interesting visual configurations. Due to the limited time we had as a team, I collected all animation after a few sessions, and then re-worked all animation to give it the necessary precision. The black and white animation was then fed through digital video feedback, and further edited to achieve the final look. 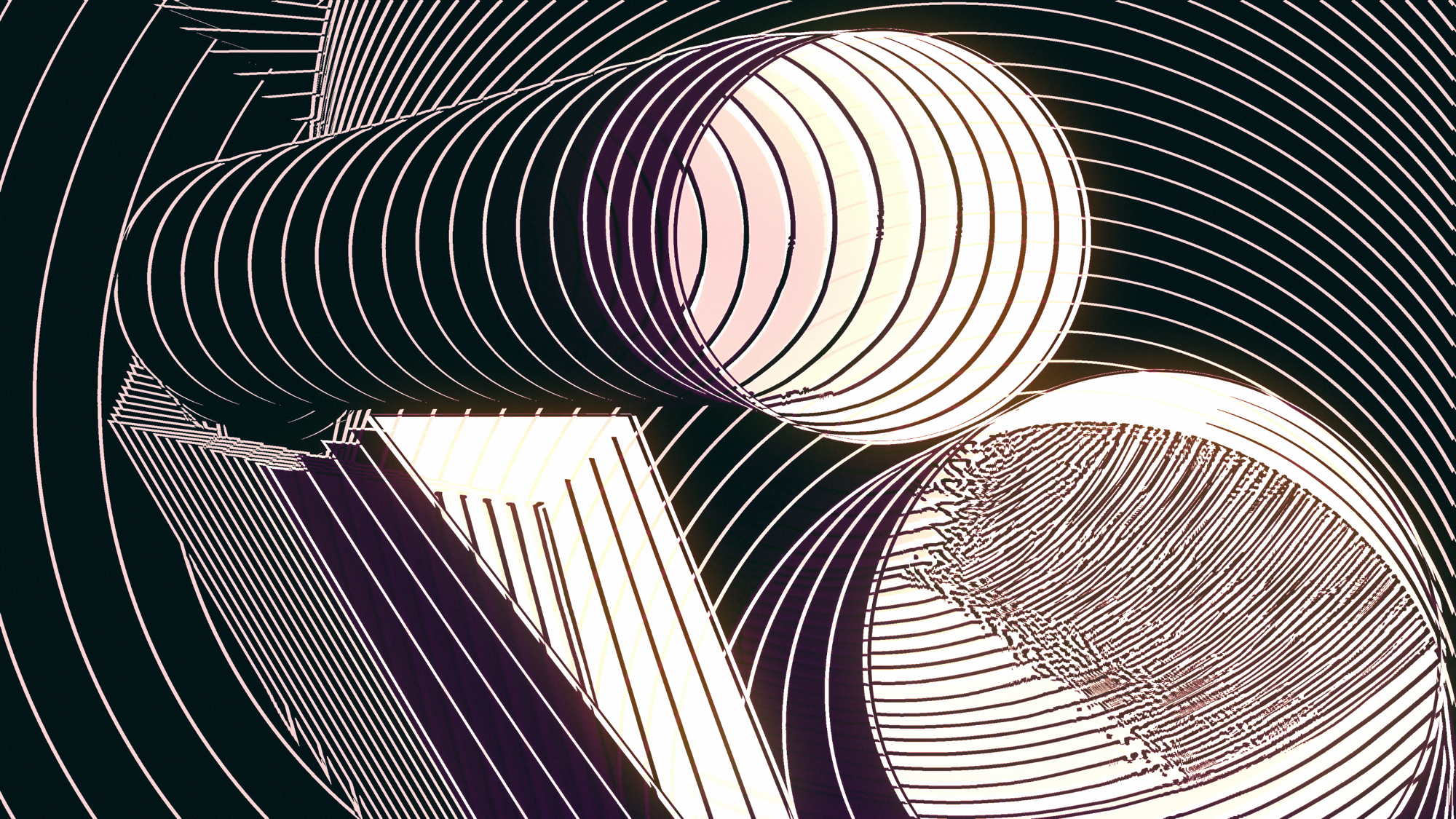 JeanGa, how did you conceptualise the multi-layered sound of the track? To what extent does the sound design work you’ve undertaken over the past decade through Sounds & Sons make its way into your music projects?

JeanGa Becker: My work as a composer and a sound designer for moving image has a huge impact on my work as a composer. Because I’m always trying to create bridges between images and music, I guess I would find it hard to create music without the constant visualisation of the film that a specific music I’m working on could be the soundtrack of. I can’t remember if I ever tried to create music without thinking about a filmic representation of it. I might have done, but if I did, it was a long time ago. Film is very important to me, as much as music is really… So the cinematic aspect of music is very important to me. And the same apply to sounds really… I see sounds as being an instrument, I very often use found sounds in my music because of their ability to create a context for the music.

We didn’t want to create a film with a narrative imposed by the music nor the opposite.

With regards to this specific piece, its concept was influenced by two obsessions of mine: repetition and distortion. As very often in my music, it was created during very long analogue jams, where patterns are repeated many times until some of their occurrences hit a nice spot that I can use. I normally record a lot and out of that body of recording, I would then carve the piece of music, degrade it in places where it’s needed, add some sprinkles and magic.

As Divisional Articulations is taken from your forthcoming EP of the same name how much scope was there for Max’s visuals to feed back into the track’s structure and vice versa?

JB: A lot. Max and I have been collaborating on projects for a long time and we both decided to approach this collaboration with an open mind. He had carte blanche to amend the track as he pleased. We didn’t want to create a film with a narrative imposed by the music nor the opposite. The result is a film where the music and the animation are intimately intertwined. 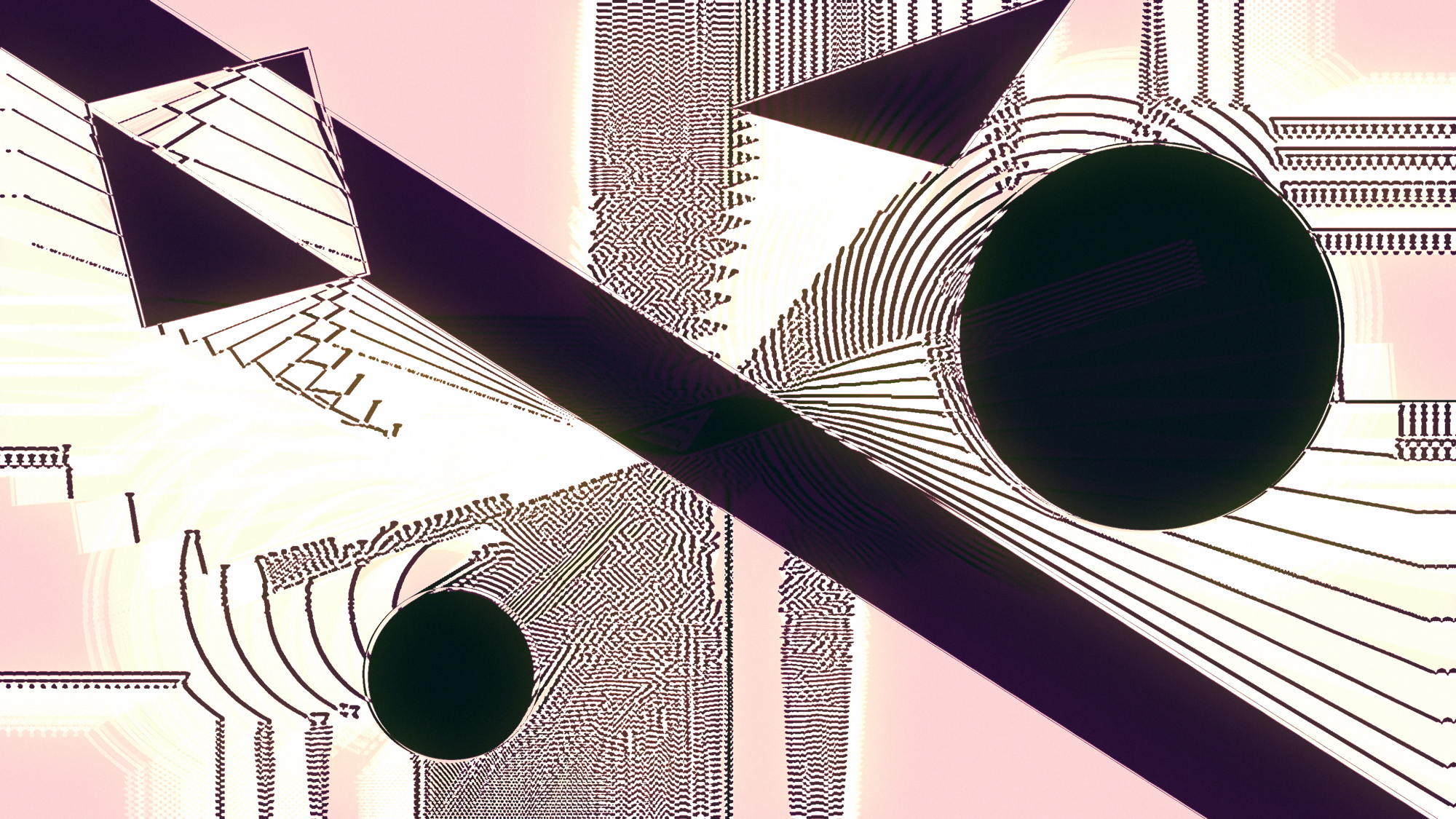 Max, Filmfest Dresden recently ran a retrospective of your work as part of the festival, did having this opportunity to look back over your career to date provide any revelations about your journey as an artist? Has everything worked according to a ‘plan’ or have there been career altering surprises along the way?

MH: Yes, these kinds of things do indeed provide opportunities to reflect and cross-examine one’s own practice. As I was asked to curate my own screening, and partition it into four blocks, I spent a long time deciding on which works to show, and how to group them. With these sort of sense-making exercises, the works that least fit one’s own canon might be excluded, the result of which will be a presentation that gives the appearance of having worked according to the above mentioned plan. But in reality, there’s been a fair share of failed experiments, non-starters and one-off aberrations.

Are there any ‘white whale’ projects which have stayed with, yet eluded you through the years?

What’s coming up Next?

MH: In the autumn, a collaboration with Julien Mier will hit the world, also animated by my students, for the track Well from his upcoming album.

Last year we made a crazily ambitious 1-hour Gustav Mahler visualisation – again with student animators and me trying to helm the whole thing. Insane. Almost killed me. It’s doing festivals now, but I’m also still tweaking it and might re-release an improved version in due course. Not ideal, but really wanted to get it out. Then really wanted to fix it.