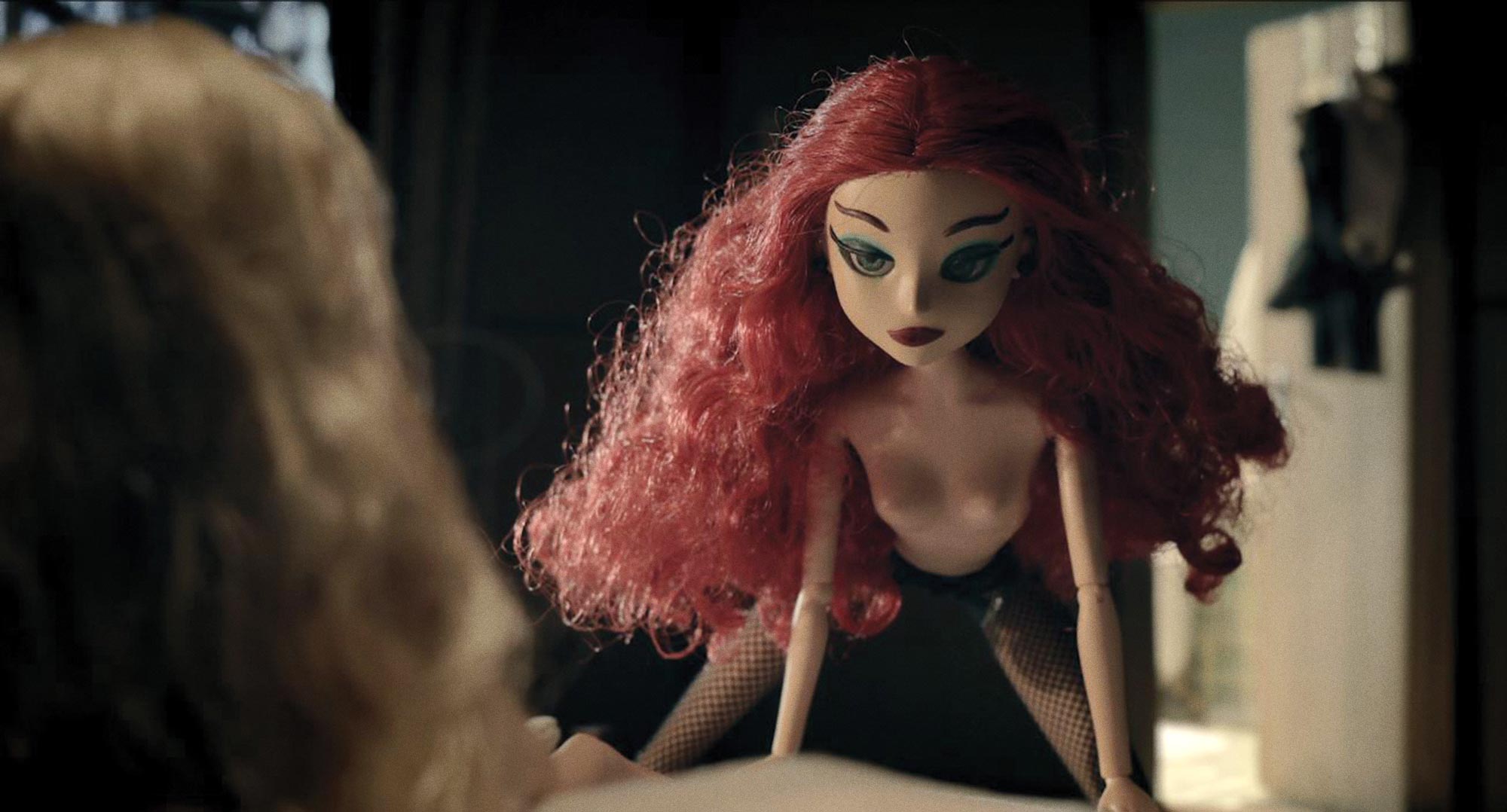 Girls on Film 2: Before Dawn, formed by Peccadillo Pictures, is the second culmination of some of the best lesbian and feminist short films of the last few years. It highlights some of the most progressive and diverse cinema that has played festivals globally and we were fortunate enough to speak to curator Diane Gabrysiak about assembling the collection along with filmmaker Lorelei Pepi whose film Happy & Gay is featured in the assemblage.

What was the inception of Girls on Film?

Diane Gabrysiak: Giving a space to filmmakers who work with short form or who have made their first forry into filmmaking is important for us at Peccadillo, and over the years we have released a number of short-film DVD compilations. I started working at Peccadillo in March 2017 and was immediately assigned the task of looking for good short films to include in the then upcoming Girls on Film 2. We wanted to offer another opportunity for our audience to enjoy rarely seen short films. There was a huge number of films to see, and it was sometimes hard to choose, but we hope that this compilation gives a good idea of the current range of films being produced.

The goal of the Girls on Film compilations, and especially Girls on Film 2, is to show strong women, both in front of and behind the camera.

What is your criteria for picking films for the collection?

DG: The first criteria is for films to be good! Of course this is very subjective. The goal of the Girls on Film compilations, and especially Girls on Film 2, is to show strong women, both in front of and behind the camera. Most films are LGBT, but, for example, Battalion to my Beat, a remarkable short shot in the conflict-ridden region of Western Sahara, is not. The lead character is an incredibly strong teenager who is driven by the circumstances into which she was born. She has a strong urge to fight for both the independence of her country and her independence as a girl, to be able to choose to fight alongside the men rather than stay at home, condemned to the ‘womanly’ duties that she rejects. This film is not lesbian but we felt that it reflected an equally important desire to be able to live the way you want with the identity you choose for yourself. Battalion to my Beat was made by Eimi Imanishi, a Japanese director who felt compelled to tell the story of a young girl and the double oppression she has to endure, as a Western Sahara and as a woman.

Other films in the selection are extremely good at depicting love, desire, and deception (Plunge, Playing with Balls, Actresses, Enjoy the Drama) or sex and pleasure (Crystal Clear). They each have a different style but their rhythm, acting, script, use of sound are all extremely impressive. They also deal with identity and youth, as does Silly Girl or the wonderful French short No Matter Who, which explores the drama and tension of a girl scout summer camp. We’ve also tried to include films that blend genre and LGBT themes, with Dawn of the Deaf [Read out interview with Dir. Rob Savage] and B., both made by talented men who’ve managed to successfully tackle horror, love and sex together with bloody encounters.

What Girls on Film 2 highlights for me is that these aren’t just great feminist and lesbian films, they’re just great films, some of the best shorts I’ve seen in recent memory. Is this part of you hope for Girls on Film, and what would you say your your general ambition is for the collection?

DG: Of course the aim is to offer great films rather than only ‘niche’ films. My background is in arthouse cinema, with no particular focus on specific themes, I am therefore keen on good films that display a certain originality as well as the sense of the filmmakers ‘voice’, something that seems unique and moves us as spectators. Here we have the added challenge of finding good films that tackle the experience of being a ‘girl’. In this sense, all the films of Girls on Film 2 are, we hope, representative of a number of trends in female oriented and lesbian films, and also of different kinds of filmmaking, from the more narrative to the experimental. We’ve also seen films from around the globe to show experiences and stories of a variety of girls and women from different backgrounds, both from the point of view of who is on screen and who is behind the camera, directing, writing and editing the films.

Aside from different stories, what would you say is the main difference between this collection of films from the first Girls on Film collection?

DG: This collection is conceived around eclecticism and also the idea of a new ‘dawn’, whereas the previous collection focused on first dates and romance. The range of experience is wider here, politically, geographically, stylistically and within the stories themselves.

Lorelei, Happy & Gay is a revisionist homage to early 20th century cartoons which is featured in the collection. Firstly, how did you come up with the idea for it?

Lorelei Pepi: As an American, I was heavily influenced by the experience of the “religious right” movement pushing hard against LGBT community activism that was under way for same-sex marriage recognition and equal rights. When George W Bush was in office, he started making noise about shutting us down for religious and moral reasons. At the same time, the Catholic Pope, John Paul, issued a proclamation about homosexuals being abominations. Ironically, at the same time there was also a release of DVDs with animation from one of the most historically important America animators, Ub Iwerks. He was Disney’s right-hand man and was responsible for bringing Mickey Mouse into existence. It turned out that his films had a significant obsession and fear of gay men, shown by the appearance of a particular character that he really abused in his cartoons.

All of this caused me to do research early American film and cartoon history, which led me to the most prejudicial source via the Motion Picture Production Code of the 1930s. This was all about religious groups with political power shutting down representation of anything they didn’t agree with. This included homosexuality, miscegenation (mixing of the races), sex and sexuality in any form, amongst many other things. Most importantly for me, their rules and efforts created a total denial and intentional erasure of any positive representations of gays and lesbians. Some people might know that the American cartoon icon of Betty Boop suddenly changed, becoming much tamer and ‘motherly’ in her appearance. This was because The Code rules said she was unacceptably sexy and had to be reined in or face erasure.

Peccadillo is doing a great job at getting the work out there. This is a dream for a shorts filmmaker!

I needed to put my anger and frustration about these events into something that would be meaningful and positive. I absolutely adore the early cartoons from the 1930s, and I really wanted to have that love be something powerful across an LGBT experience. I decided that the most rewarding result would be a cartoon from that time period that ‘fixed the problem’ of this erasure and negativity of the LGBT presence. That’s when I came to decide on creating intentional revisionist history. I decided that I would have to make the cartoon that I wanted to have exist back then, by re-placing a positive presence of LGBT into an art form that I love so much. 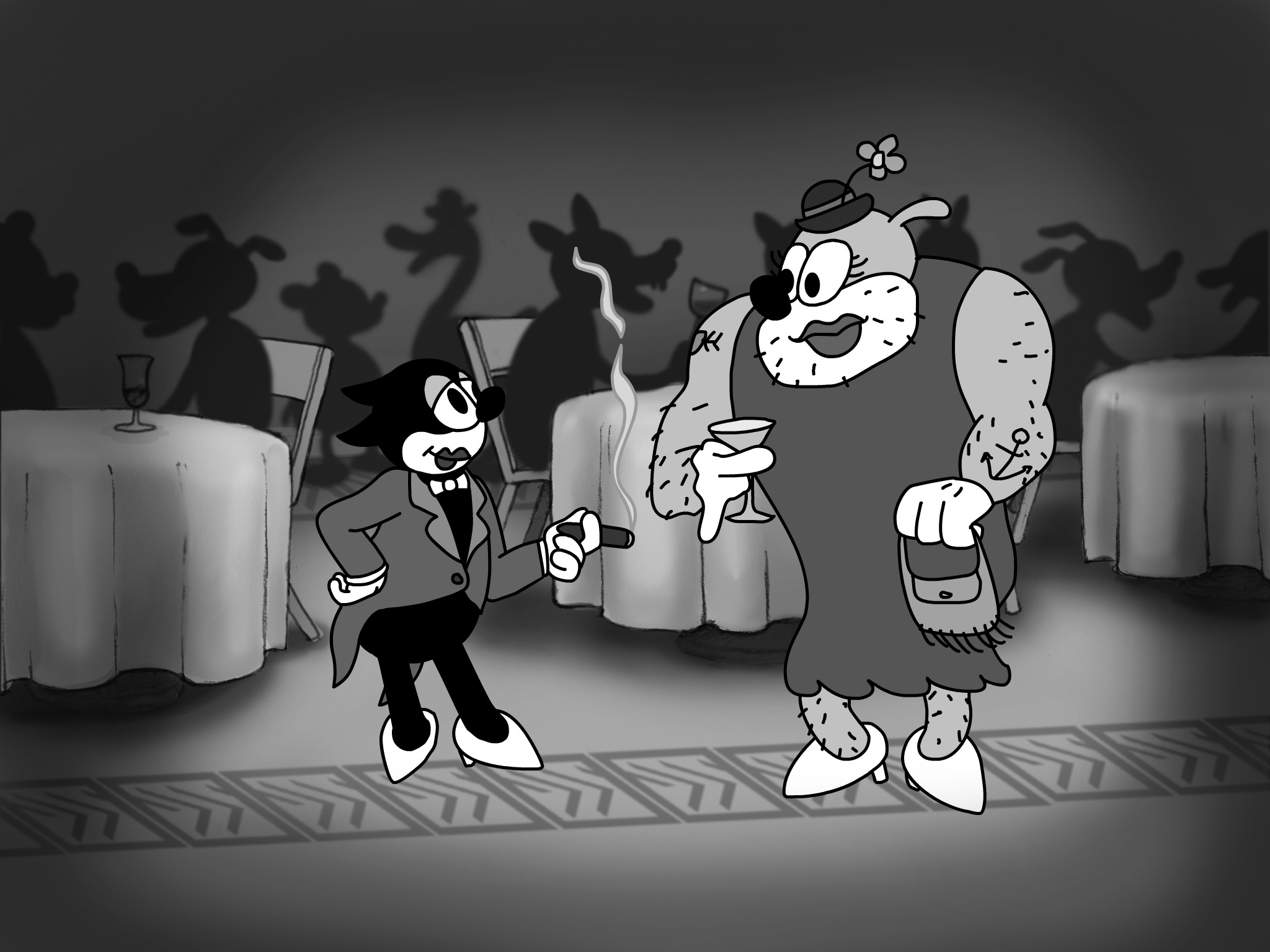 What are your thoughts on being included in Peccadillo Pictures’ Girls on Film 2?

LP: It’s so great! I was very excited and honoured to have my film be included. I was really happy to see that there was a successful company that was going to be promoting shorts by female-identified artists, and actively distributing it internationally. My film has done well in the festival circuit, but now I’m getting some more focused reviews of it, which is amazingly rewarding. Peccadillo is doing a great job at getting the work out there. This is a dream for a shorts filmmaker!

Absolutely! I’m focusing on developing another phase of my interests, which is interactive animation installation. This kind of work is intended for galleries and museums. The topic of this current project is still in my preferred realm of inspirations, which is issues of representation, the body and sexuality. The project is called Docile Bodies and is taking on the manufacturing and marketplace of 3D virtual female bodies, and how they are bought and sold as commodities, parts and assets. I have the backing of a very wonderful foundation, Creative Capital, which funds and supports American artists. They have a particular interest in advancing socially meaningful work, so I feel an extra surge of pride with that kind of recognition and support. 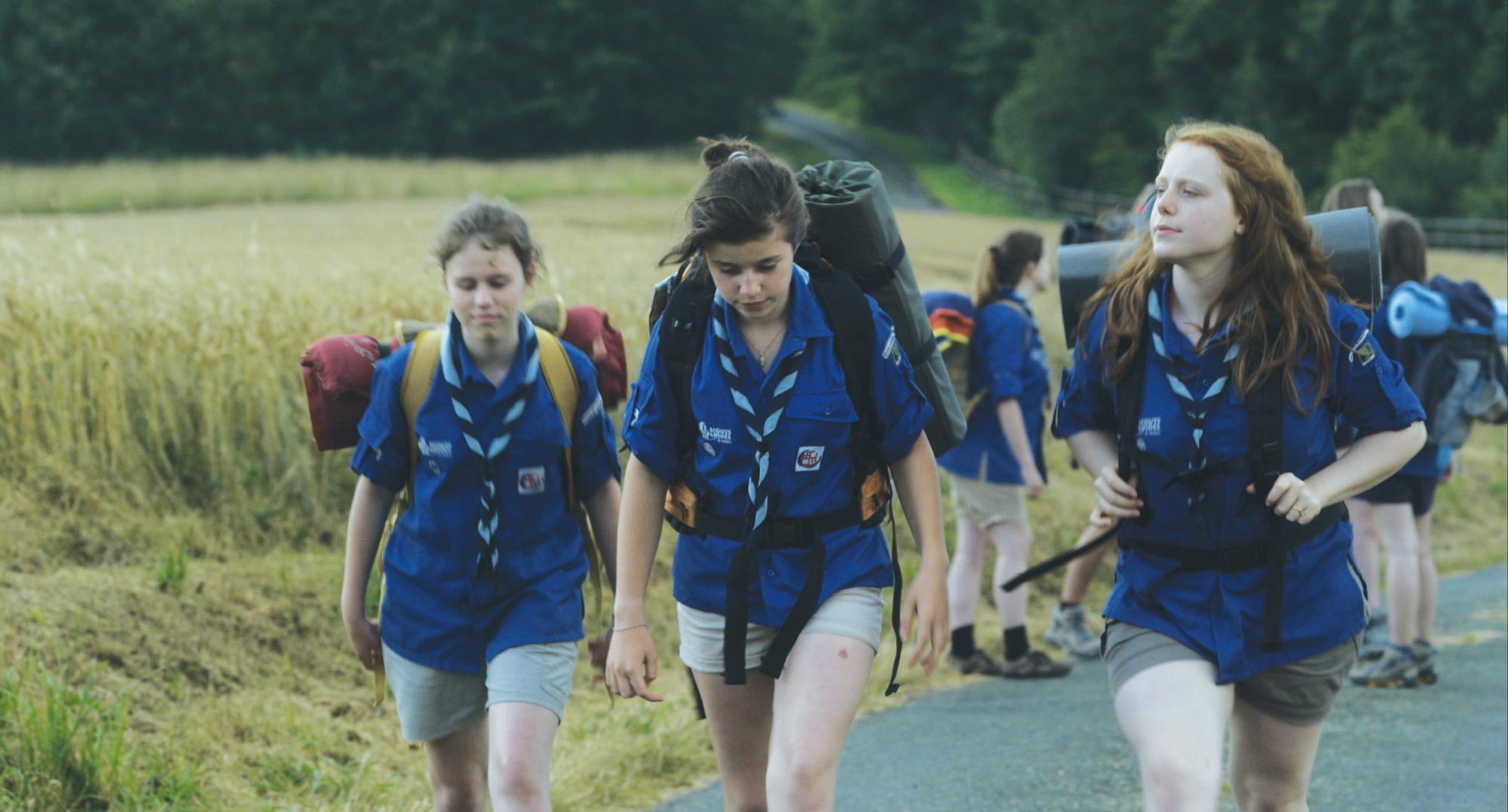 Diane, it’s been three years since the first Girls on Film, will we have to wait another three till Girls On Film 3?

DG: Hopefully not! Out next Girls on Film collection is scheduled to be released in December 2017. We are in the process of acquiring some wonderful short fiction and documentary films, with several award winners from Latin America, Europe, Africa and India. It takes a long time to locate films, watch them, negotiate worldwide rights, and finally get all the necessary materials to produce a compilation on DVD and VOD. It is only possible through a lot of effort as well as coordinated and enthusiastic team work.

Girls on Film 2 is available now to stream or own on DVD.