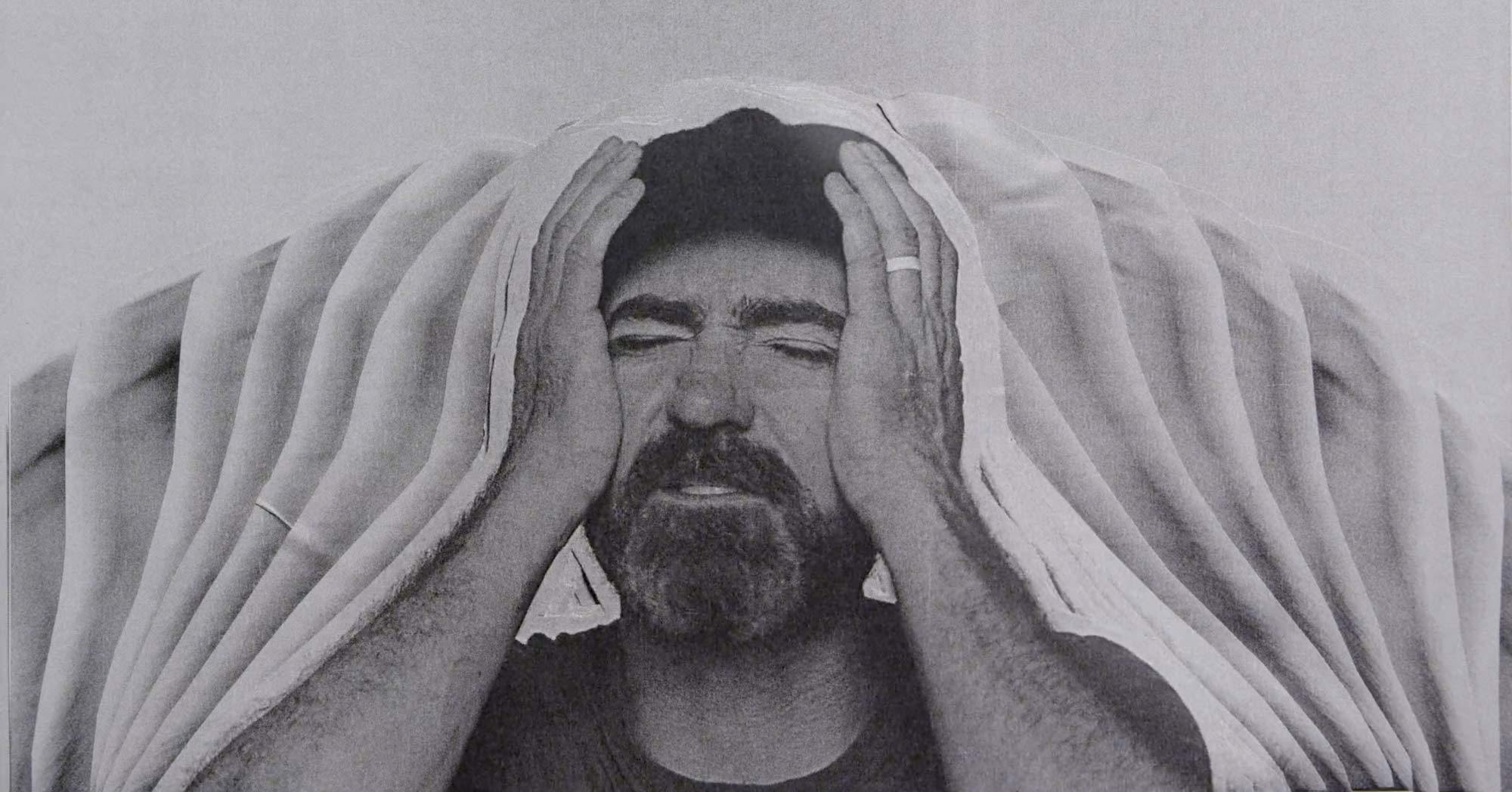 If you had to point to a pair of directors who display a talent for spinning painstaking hard work into creative gold, then without a doubt LAMAR+NIK fit the bill. Whether it’s with handmade oversized cardboard words or cut out frames in a looping 3D version of a film strip, the duo fearlessly dive into the fray of labour intensive, meticulous concepts – which make their music videos such captivating, tactile experiences. LAMAR+NIK’s latest self-made challenge for The Shins’ Half a Million took an impressive 5,566 stickers, hand cut and animated by sticking them down on top of each other at 40+ locations. I just had to find out more…

I feel I should already know this given how long we’ve been watching your work, but what are the origins of your partnership?

We both met each other through skateboarding. We both began to film our friends skateboarding and at some point we decided we wanted to make more serious content. Music videos seemed like the most accessible thing for us to jump right into, so that’s what we did.

There’s a laborious tactility to many of the music videos you create, what is it that draws you to these labour intensive concepts?

Projects like the stickers video really stand out to us as concepts because we’re essentially taking something boring and giving it an unexpected twist. We’ve just always liked practical effects in videos. Feels very honest if that makes sense. There’s nothing quite like seeing, for real, the idea that you had in your head manifest physically. That’s a large part of why we are drawn to more labour intensive projects.

We’re essentially taking something boring and giving it an unexpected twist.

How did the sticker concept for Half a Million come into being? Were the band involved in developing the idea at all?

We were sent the song by our rep Jen (Las Bandas). We pitched the sticker idea and got the video, but the band was already on tour. So we met The Shins in Vancouver, BC to shoot the white cyclorama footage. The Shins and the label didn’t have anything to do with the concept. They just fully trusted us even though it’s hard to imagine the concept before it’s done. We did a test video and that helped them understand a bit more, but for the most part they just let us do our thing and we’re extremely grateful for that. As far as were the idea came from, we’ve had it in our notebooks for years now and this was just a perfect opportunity to do it. The video is full of delightfully playful scenarios of the stickers interacting with their environments, did you have those in mind before shooting the band in the studio?

We had to shoot the band as quick as possibly because they were on tour and still are actually. So what wound up happening is we just got as much coverage as we could of every band member. Later we edited what we thought would make a good base video without stickers. From there we made a scene for each of the clips in the video. Before the shoot we didn’t have the scenes in mind because we had to get the edit signed off by the label. We couldn’t really plan the scenes before the label said the base edit was okay. After the edit was locked we just looked at the footage and imagined what scenes could match their performance.

What was the most time consuming scene to build and how long did the project take to complete overall?

The project as a whole from commission to delivery took about 2 months to complete. The outside scenes were really challenging, it was 100 degrees some of the days we were outside. As far as most time consuming, the checkers scenes took us 8 hours to complete alone. We showed up to that location at 6PM and left around 3AM. Wasn’t a gleeful experience but it had to be done.

Was there a particular workflow you adhered to in order to keep everything organised and on track?

You can see the organization in the video a little bit. We numbered every single frame before we printed them as well as by hand afterwords. We’d cut the sticker out and then put the frame number on the back just to keep everything in order. Once a section was done being cut we’d put it in a bag and label the stickers/scene accordingly. Then from there it was just taking the bags to the scenes and sticking the stickers down. 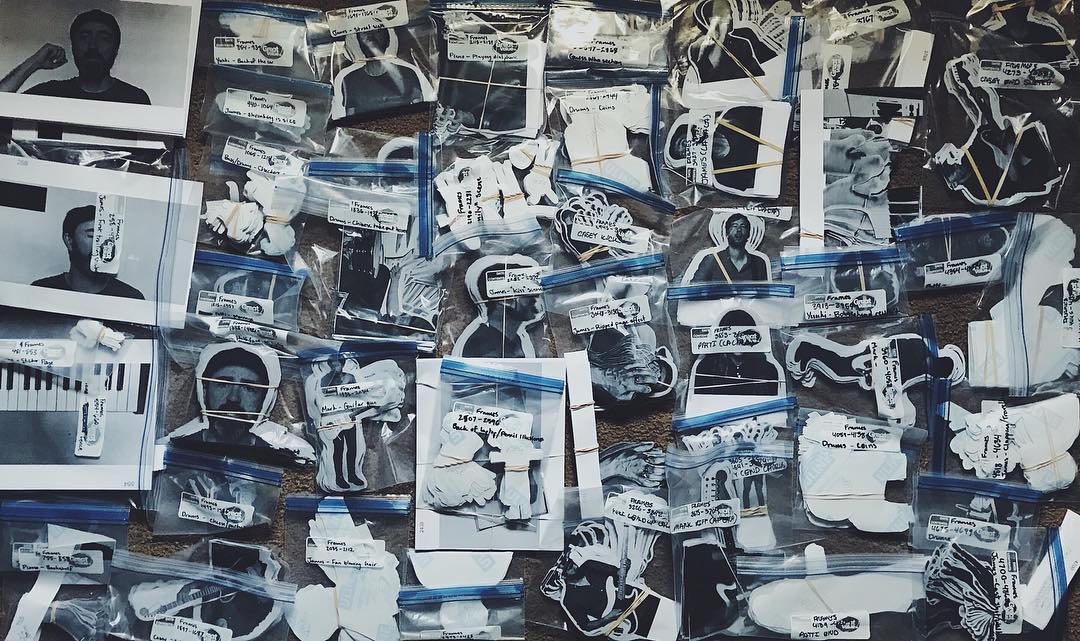 You integrate the literal hands-on process in the latter third of the video, was that an attempt to head off assumptions of this being a digital achieved piece?

We initially had planned to have the hands throughout the entire video, but through testing we determined it would have distracted from what we were trying to do. We still liked the idea of the hands scurrying around the screen in stop motion so we decided we’d just make it a section in the video instead of throughout all of it. We settled on the “LA LA LA” section because it was one of the more tame parts of the song and the video. You get to see the hands, but it didn’t detract from the stickers themselves.

What will we see birthed from your ideas book next?

We’ve got a project we’re working on currently and it’s another one that we’ve had in the notebooks for a while. Hopefully it’ll resonate the way stickers has with people, but yes we plan on keeping ourselves busy and more videos are on the way.