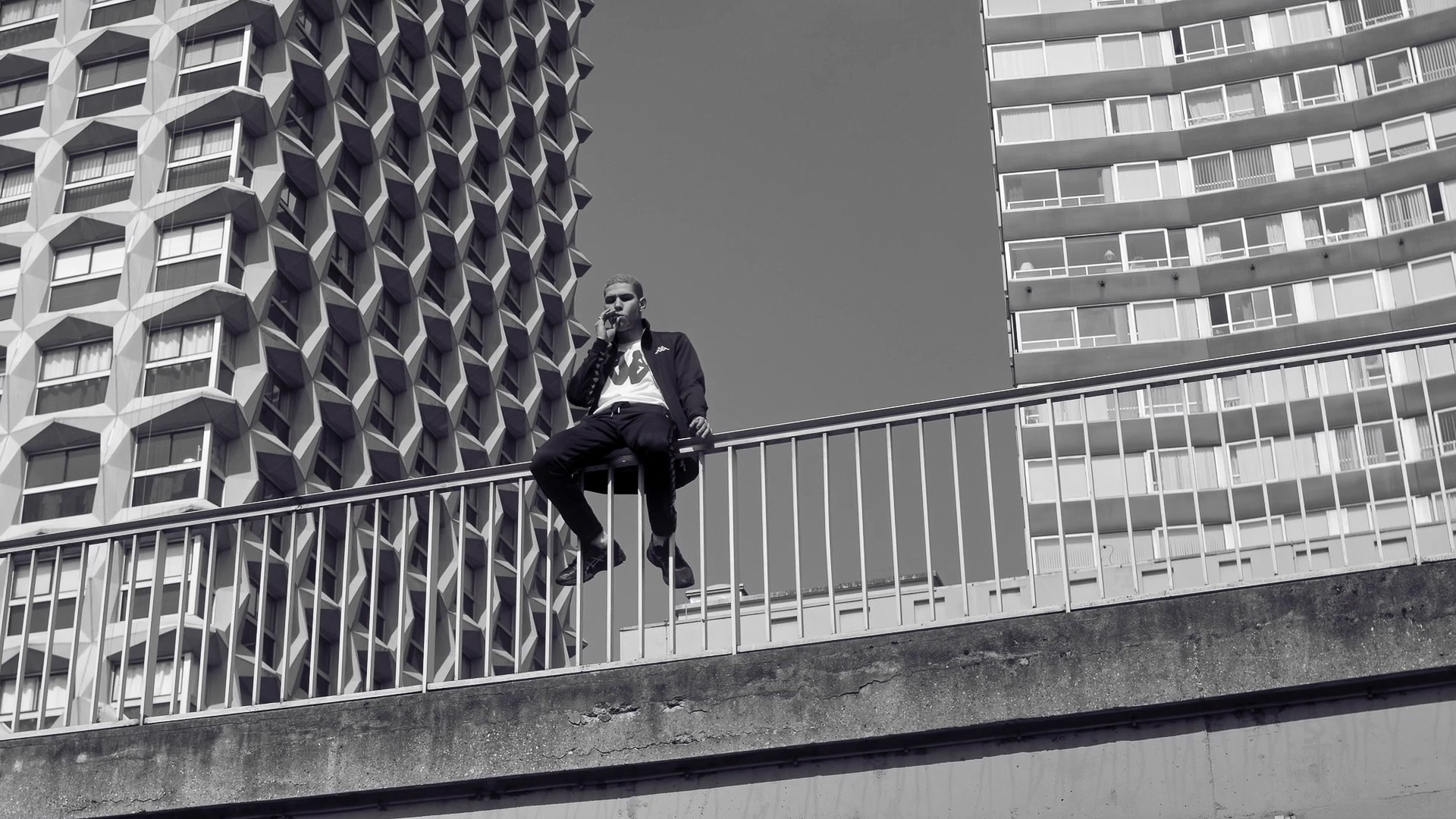 What prompted the two of you to form Global?

We came up with it after we became fed up with commissioned work which didn’t really represent our vision of art or creativity. Global is the visual representation of our common work and also an ideal we had in mind as art directors. Only working on projects we select and are fond of was the main goal at the beginning, as well as exploring new ways to express ourselves.

How did this project come together?

After meeting with Partizan, we decided to get into the movie with a symbolic budget from our concept store Codryo, who initiated the collaboration and helped us with stylism during the shoot. We worked for a month on the script, narrative, A.D, casting, style, and location. Thanks to the participation of our close friend Andy Collet as our DoP and talent/model Sofiane Brhami we were all set to shoot.

Were Kappa direct collaborators in the film?

Kappa wasn’t an official collaborator. Codryo and Kappa collaborate together as brand and retailer but for Kontroll the collaboration was solely between Codryo and us.

It wasn’t a choice of black and white, but more like a renouncement of color.

Was Kontroll always conceived as a black and white piece?

Yes, it was always conceived as a black and white film. Actually it wasn’t a choice of black and white, but more like a renouncement of color, which is kind of similar to those Parisian projects. We wanted to get something cold and rough such as the concrete which was a major influence in our choices. 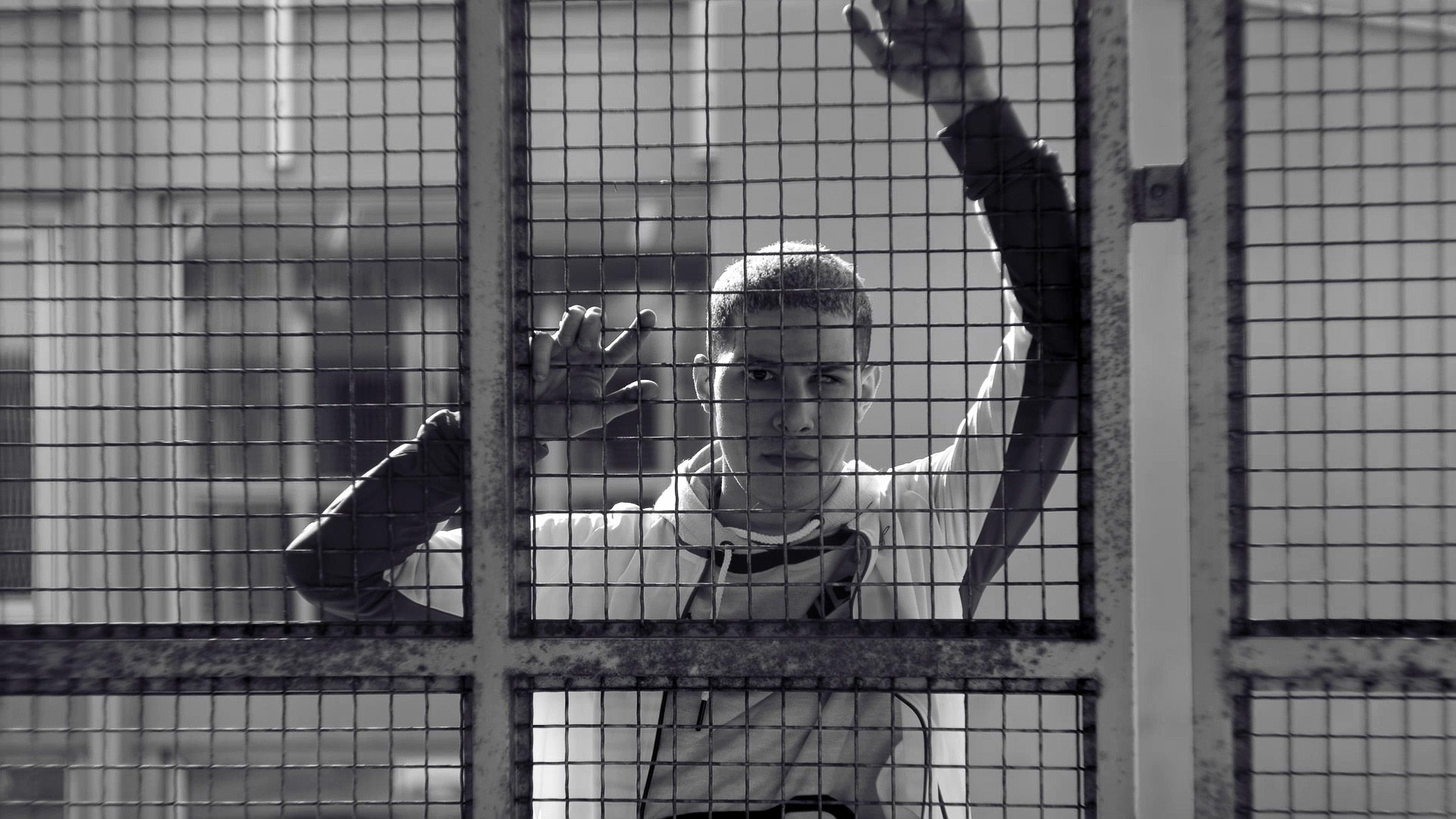 What role did the inspiration sources listed in the credits play in the film?

This was quite a breakneck paced shoot, how did you make sure you got everything you needed?

The budget we had enabled us to shoot for only one day, but it was already cool to get the shots on RED with a Trump lens set added on and try to wrap it up like that. We agreed on a dozen of scenes split between four different spots, counting on ourselves for the different aspects of production. The choices of locations were decided by functionality and style. But we also had to choose something physically close from spot to spot since we only had the single day to wrap it all up. It was a busy day, but at the same time a very pleasant one because of the investment of everyone, that could not have been carried out under other circumstances. The collaboration with Andy and Sofiane went very well, we came to understand each other real quick and their proposals always stuck to our intentions.

Did you hit any difficulties bringing that all together in post?

For the post production, the first version of the film came out pretty quickly, we were so enthusiast to work on it, we recorded a voice over as soon as we could and within a few days we had a first version. We then took a step back for a few days so we could re-engage with fresh eyes. We didn’t want to make any mistakes as we had the chance to work with Partizan for the color grading and sound design. After 2 weeks of reflection, we got back to editing the film to make the necessary modifications. Partizan then introduced us to Royal Post for color grading and Benzene for sound design. After a day of grading and a good week of sound design, we had the final version of our film.

What future projects are you working on?

We are working on a music clip for October, shooting is also going on, and until the end of the year, we want to experiment as much as we can in AD and Studio Photography, both of which we have a lot of interest in. We might add other stuff during that time as we cross new inspirations!