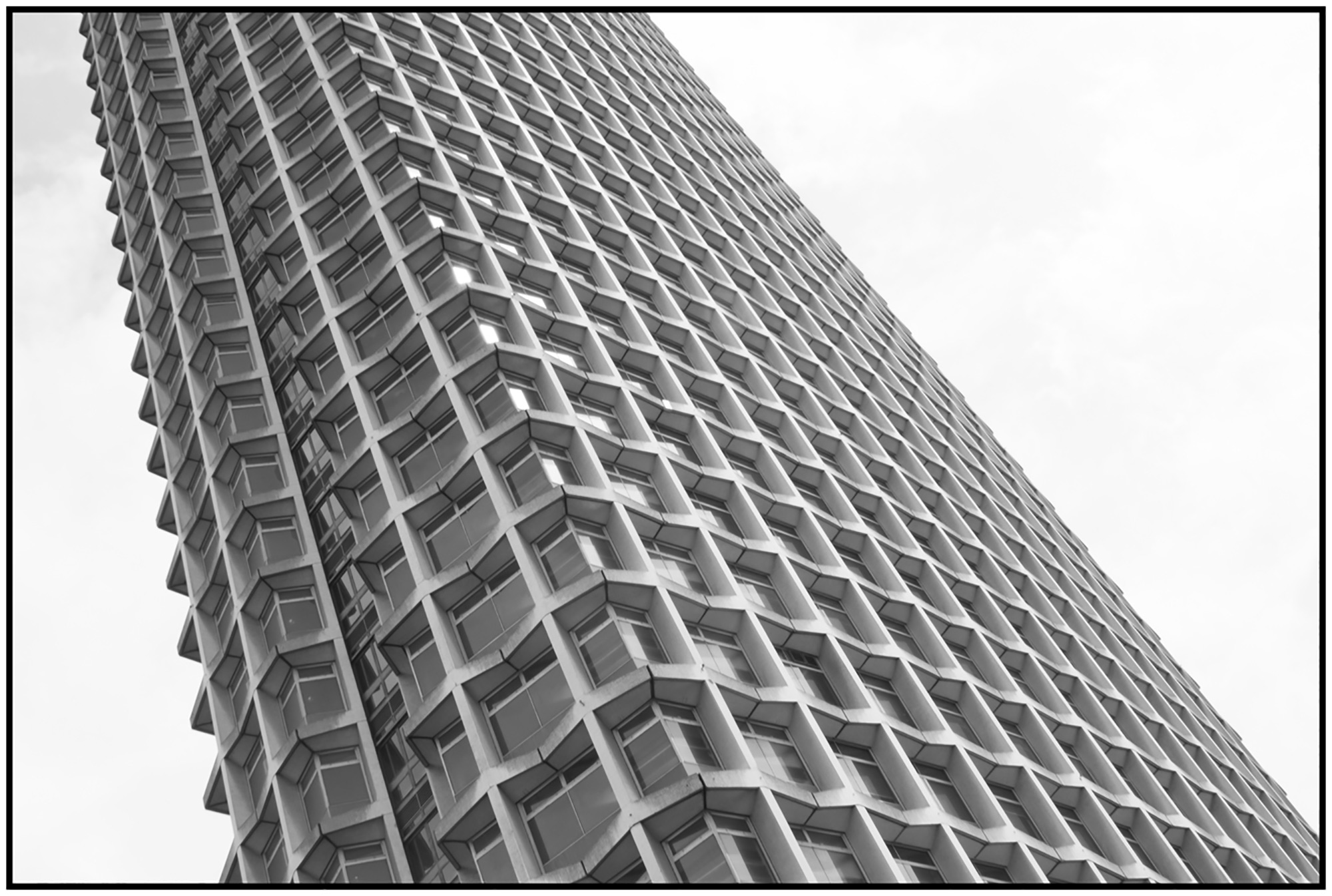 Alex Barrett’s latest cinematic venture isn’t just an ode to London but an ode to silent era symphony films of the 1920s, with its distinct visuals and grand, cinematic score, it’s a film that reflects on the London of present through a lens of the past. Having spoken to Alex previously about the Kickstarter campaign which got London Symphony off the ground, the film’s completion and nationwide cinema release seemed like the perfect juncture to reconvene with Alex to reflect on the project as a whole.

Remind us where the idea for London Symphony came from?

In 2009, I made a short film inspired by my love of the city symphonies and the cinepoems of the 1920s – it was a three minute piece about Hungerford Bridge in London. A few years later, around summer 2013, I started thinking that it might be interesting to try and do a feature film in the same style – basically, a fully-fledged city symphony. I felt there was a rise of divisive politics in the UK, and that it would be a good time to make a film celebrating the city’s cosmopolitan nature. I also wanted to capture the changing shape of the city. Despite being in the midst of the so-called age of austerity, building work was (and still is) rife, and I wanted to capture that, and to explore the city’s evolution.

Were there any specific symphony films that you were influenced by?

There were many, really. I put together a list of about 30 for my collaborators to look at. But the two that spring to mind as being the most important are Walter Ruttmann’s Belin: Symphony of a Great City and Joris Iven’s cinepoem Rain. I was also influenced by some of Ruttmann’s earlier work – his experimental animations, which play with rhythm and motion, much as Berlin does. I feel that, in some ways, Belin is the most musical of the classic city symphonies, and that was something that I was keen to bring to London Symphony.

I felt there was a rise of divisive politics in the UK, and that it would be a good time to make a film celebrating the city’s cosmopolitan nature.

Another one which we looked at closely was Cavalcanti’s Rien que les heures, which opens by saying “all cities would look the same were it not for the monuments which distinguish them”. That was something I thought about when trying to decide whether or not to show London’s more famous sites, and it led me on to thinking about what makes the city unique, and what makes it universal. Of course, Cavalcanti would go on to work for the GPO, and we looked at many of those films too. I suppose we saw ourselves as working in a similar lineage – a British documentary inspired by Eisenstein and the Soviet Montage Theorists. And going back to the silent era, there were other types of films from that period that influenced us too – films like Jean Epstein’s Coeur fidèle and Paul Fejos’ Lonesome. 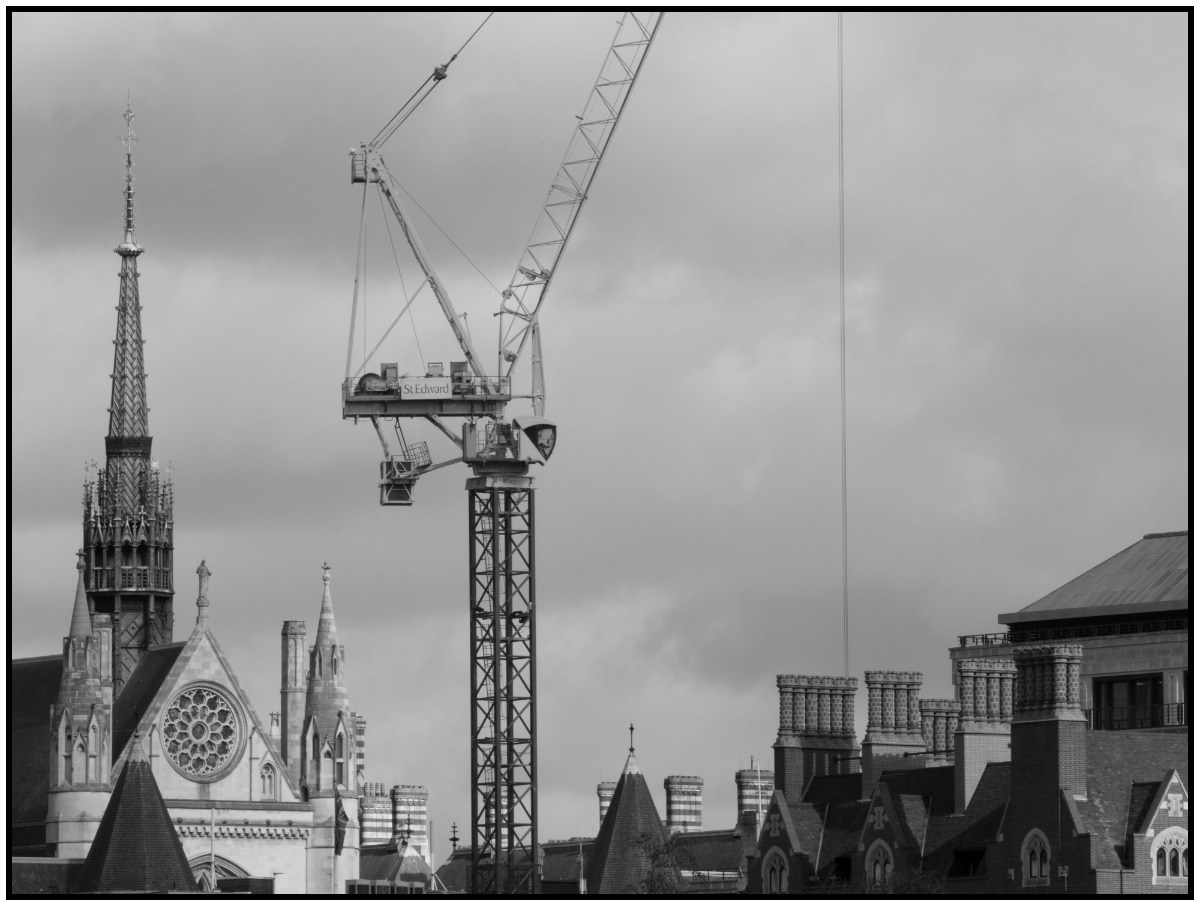 Could you talk about the structure of the film and the four movements?

It all came from the music. Right at the start of the project, my composer James McWilliam wrote a structure for his composition, which broke it down into four movements, and many sub-sections within each movement. As I said, I was keen to focus on the ‘symphonic’ part of the genre with London Symphony, and I used James’ structure as the foundation for everything that followed, both in the script stage and the editing stage. Very broadly speaking, we follow the conventional city symphony structure of day-to-night with the movements, but we also gave each moment its own thematic focus as well.

Movement one begins at dawn, but it shows the city awaking not only for morning, but also from history, with the old historic centre becoming swamped by the modern metropolis. The second movement is lunch, which we associate with the relaxing, green spaces of the city, as well as with food. The third is afternoon, and the way we use the city, and the things the inhabitants worship – not only religion, but also commerce and culture. Then, in movement four, we’re into the ride home, a journey from east to west along the bridges which link the north and south, and then evening and nightlife… To say any more than this might be to give too much away!

The symphonic score, aside from many other thematic rhythms gives, for me at least, the images of London a grand cinematic feel. Was that part of your intention behind the orchestral score?

James would probably have a better answer for this than me, but really I was approaching the whole film from a musical standpoint – we looked at it as an interdisciplinary project, and the music was always just as important as the images. In the same way that I was trying to present a portrait of London through the visuals, James was trying to present it aurally. He wanted his score to be chaotic and ugly at times, but beautiful and serene at others – much like London itself.

So, how did James’ approach to the score influence the images you shot in the end?

I mentioned the structure earlier, which was really the starting point for everything. In it, James included notes on the tempo and the mood of each section, which then fed into how I began to think about the speed, rhythm and tone of the visuals, and also about what each section would contain from a thematic/story/content point of view. The original idea had been for us to go back and forth between the edit and the music, but for a number of reasons I ended up getting ahead of James during postproduction, so I was mostly editing without any music, essentially working purely off the structure that James had given me. We were in constant dialogue with each other, giving each other feedback and informing each other of what we were doing, but at the same time we worked individually, in freedom, without restricting or enforcing any ideas on each other.

And with that in mind, London Symphony has such distinctive visuals, the 4:3 frame, black and white colour palette, Dutch angles, could you talk about your intentions with visuals?

Well, a lot of it goes back to the silent era. We were thinking about the visual look of the time, not only in film, but also in photography and the visual arts – especially constructivism and people like Alexander Rodchenko. But we weren’t trying to simply copy the look, or pastiche it. It was more about trying to take inspiration from the era, and filter that through our own filmmaking sensibilities. I wanted to use this style to help us look at life today through the lens of the past, much like a historian who references history to make sense of the present. And given that one of our themes was modernism and the clash between the old and the new, I thought it would be fun to explore this reflexively by making a modern film in a seemingly ‘old-fashioned’ style. Beyond this, I was also interested in focusing on the smaller details that make up the whole – I wanted to build a portrait of daily life in the city by examining the minutiae found within it. 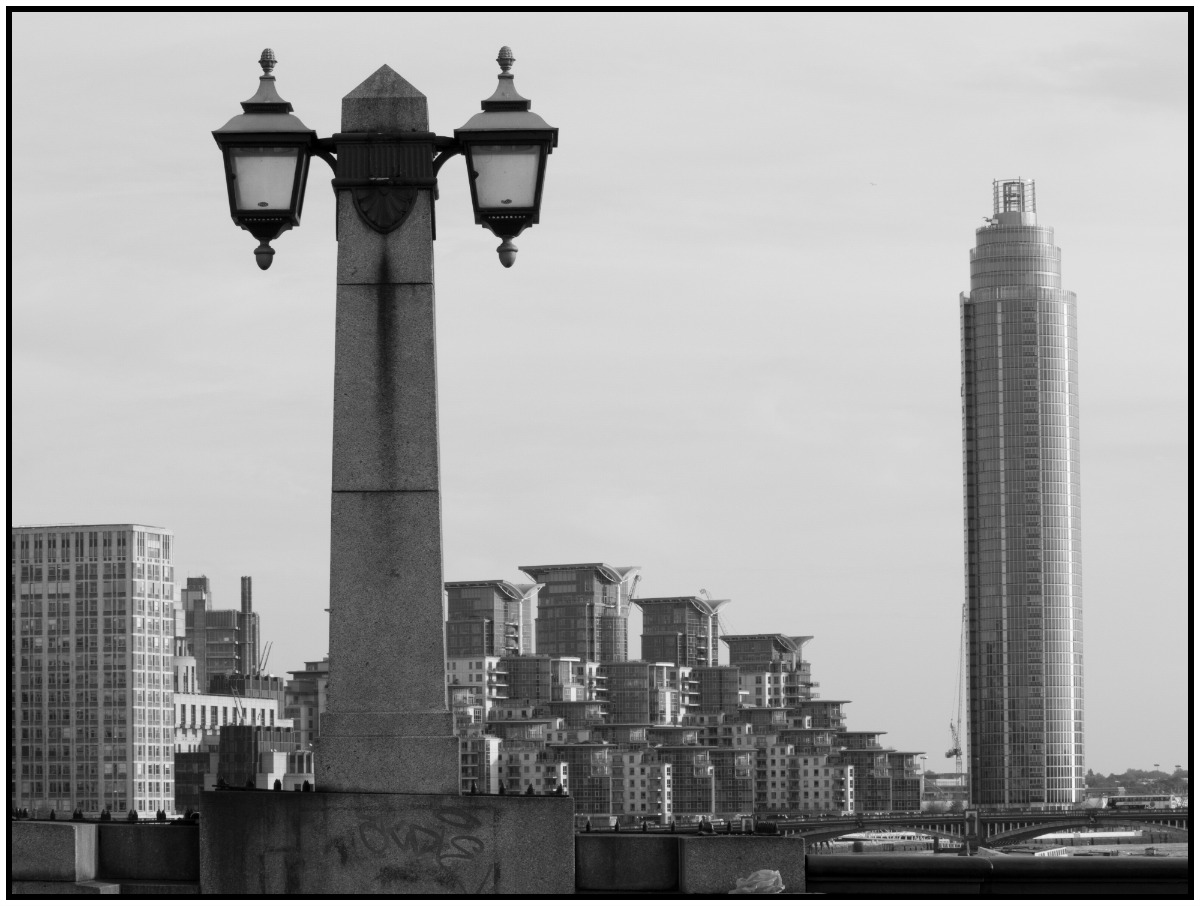 So, technologically speaking, how did you achieve this? What camera and lenses did you shoot with?

For various reasons, both logistical and creative, we ended up using a team of cinematographers on the film. Our budget was such that we couldn’t afford to hire equipment, so we were using whatever the cinematographers happened to own – meaning that there’s footage from about 15 different cameras within the film. Most of it is Canon DSLR, but there is also some material shot on a GoPro, a GH4, a Black Magic… the list goes on. Thankfully, it all seems to flow together in the film – partly, I think, because we were all working from a style guide I wrote during preproduction, which outlined a basic set of ‘rules’ for achieving that distinctive look we were just discussing. I actually like the fact that the film became this assembly of different formats shot by different eyes. It feels like the perfect situation for a film about a city which means so many different things to so many different people.

I wanted to use this style to help us look at life today through the lens of the past.

The portrait nature of the film presents a lot of questions for the viewer to think over, with images like, for example, the collage of bins provoking a thought on waste on a city wide scale. What do you hope audiences think of when they watch London Symphony?

When I set out to make the film, I had certain key themes in mind, along with a number of smaller subthemes… But really, I was trying to create an observational portrait of London and of life in the modern era. I wanted to make a space where people could meditate on these things, and bring their own ideas and associations to it – I didn’t want to create something that was prescriptive and didactic, even if there are times when I’m making some quite clear political points within the film. Over the last few years – the years in which I’ve been making the film – London has undergone a series of challenges, and I hope that the film allows a space in which to reflect upon those challenges. I also hope that the film reminds people what a wonderful, diverse and resilient city London can be, and that multiculturalism is a vital part of modern life.

Are you working on any new projects currently?

I’m working on a few different projects, but they’re all at quite early stages, so I don’t know what will be next – three of them actually have links to the silent era, too. One is (partly) a biopic about a famous screenwriter from the era, another is a loose remake of a famous silent film from 1912, and another is a kind of expressionist horror. It’s too early to tell though if any of those will ever get made! I’ve also written a script with Andrey Paounov, a Bulgarian director with a strong documentary background. This would be his first fiction film – it’s a kind of an existential drama, tinged with elements of horror. It was a fun project to be involved with, so hopefully that will get made soon…