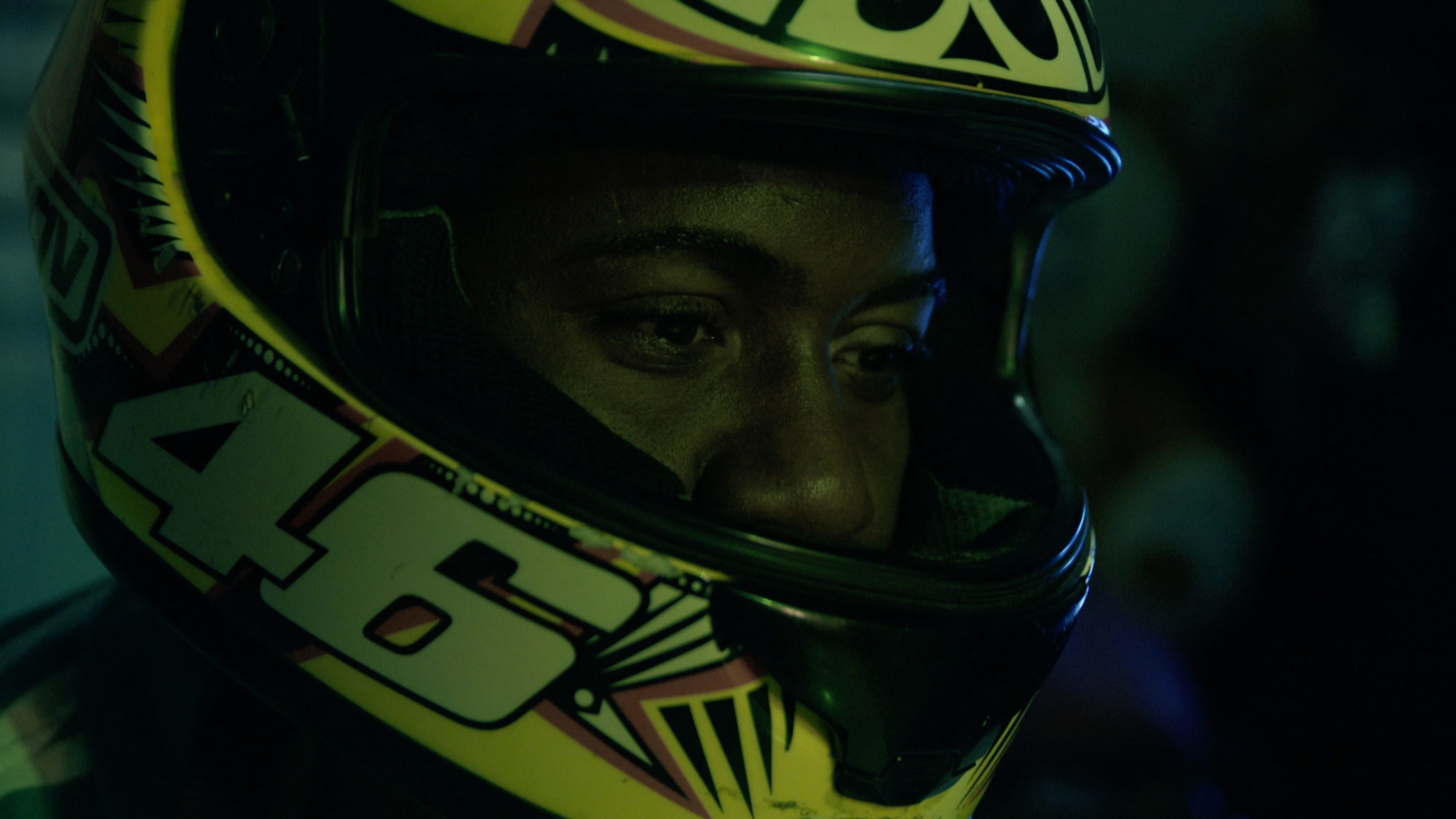 Captivated by the insanely dangerous night-time antics of the Dominican Republic’s illegal street motorbike racing gangs on a recent visit to the island, Director/Photographer Aurélien Heilbronn felt compelled to make his first foray into the documentary space with short Street Racers – gaining rare access to film and interview these teenage danger junkies on the streets and at home. DN spoke to Aurélien about high speed danger and avoiding the traps of clichéd storytelling in this exhilarating look at a close knit community of thrill seekers.

How did you find yourself documenting the nail biting activities of these illegal street racers?

A few months ago, after finishing a fashion shoot in Puerto Rico, I took advantage of the proximity to go visit a friend of mine living in the Dominican Republic. Once on the island, my curiosity was aroused by these groups of kids ignoring the law and taking all the risks to have fun on their bikes in the darkness of the night. I had some of my equipment with me and knew I had to make a documentary out of it.

I worked on this project with two producer friends living in DR: Joey Rodriguez and Tony Bernal. Tony knew the mechanic of the gang we ended up filming. He set up a meeting, the project was explained, they liked it. Two days later we were in the back of Tony’s truck, going way too fast but getting the shots.

My goal was to create something cinematic with a dark and sometimes disturbing tonality.

The group I followed makes a living chasing illegal races on small, customized motorcycles. They block highways and race at exhilarating speeds rarely wearing helmets. Spending time with them made me realize that in the end these kids were not much different from other kids around the world. They keep boredom at bay by pushing their limits and taking risks and they hang out together because of the friendships and brotherhood they find within the group. We all want to feel like we belong.

Were there particular aspects of their stories you wanted to capture?

Beyond the races, I wanted to highlight their everyday lives and stories: the gang, the parties and the violence. It was this paradoxical safe universe, created by them and for them that I wished to capture. Due to this complexity, I wanted this documentary to be hybrid. I did not want to fall into the folklore of clichés; my goal was to create something cinematic with a dark and sometimes disturbing tonality. With this in mind, the Composer Max Zippel and I aimed at recreating this universe with its own rules, customs and usages, knowing the music would play an important role in this project. 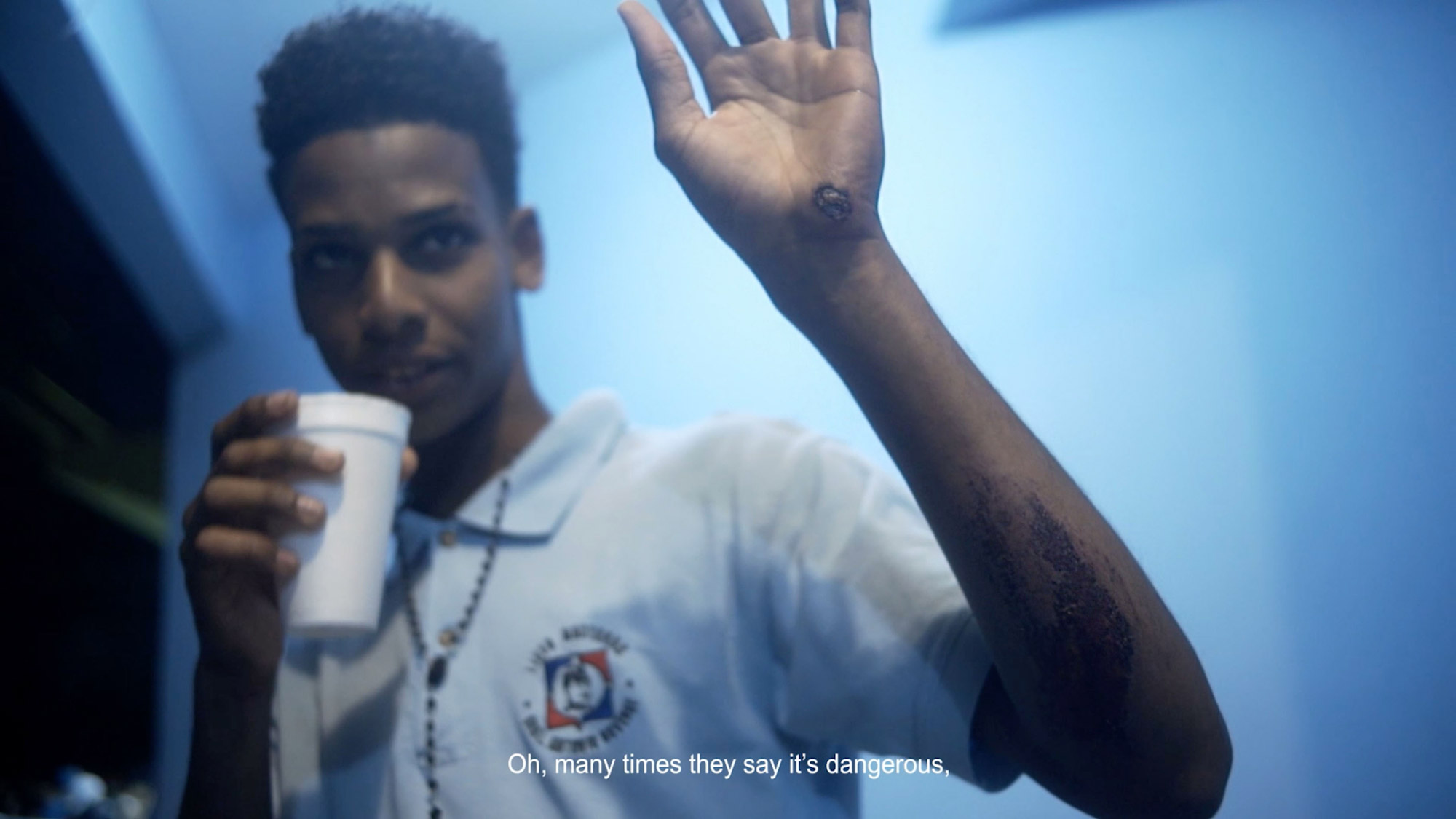 The racers were all very welcoming and showed us trust from day one. Joey told me that this was the first time a gang like this in DR let a camera follow them. Spending time within this tight community, I felt a freedom and an energy that were equally, intimidating, intriguing and amazing. An impression I wished to capture and share with Street Racers.

Street racing is already inherently dangerous, was there a you concern that your presence would encourage the gang to show off for the camera?

After speaking to my Producer Joey Rodriguez, I understood that camera or no camera, these guys were going to do crazy things. Danger is part of their world so it naturally instilled itself into our shoot. During the entire shoot there was this feeling like anything could happen at any time and things did get a bit tense sometimes. Like on the first day when a guy showed up and violently attacked one of the gang members with a stick. We had to interrupt the shoot for the rest of the afternoon because they feared he might come back armed. Or when one of the gang members suddenly tucked his gun in my pants while I was operating the camera because he wanted to take part in a street boxing fight.

How did you mitigate the low light, fast moving pace of the action you were capturing? What equipment did you use?

For this project my Sony A7sII really came in handy, its capacity in low light blew our mind. I knew that the images getting a bit grainy would not be an issue because of the subject of the doc. I was interested in the idea of mixing non-fiction storytelling with a dark and cinematic universe. We mostly used the Red 18-50 lens with some filters for night sequences to create this ethereal cinematography.

The idea is important but the execution is key.

This is your first documentary, what has it taught you that your previous video and photography projects hadn’t so far?

The idea is important but the execution is key. Sometimes the best thing you can do is go out and shoot. Grab a camera, enlist some friends, make a movie.

What are you working on next? Has this whet your appetite for more documentary projects?

Some great commercial opportunities are in the works in the advertising world that I’m really excited about but I also really want to continue working on personal projects like this one. I’m actually preparing a new documentary taking place in another but very different underground world, this time, in the States.

You can check out more of Aurélien’s work at aurelienheilbronn.com