It’s kind of like Groundhog Day inside a hammy McDonalds advert. That was my first explanation of Great Choice. What starts as a comedic subversion ends up taking twists and turns into the unexpected. In Great Choice Director Robin Comisar cleverly undermines the twee, overly immaculate tone of American food commercials and creates something much more twisted and psychologically disturbing. We asked Robin to share how he put this anarchistic slice of American dinning hospitality together.

What was the inspiration behind the idea for Great Choice?

It’s my favorite commercial. The energy and logic of it always seemed deeply insane to me.

Could you talk about the practicalities of shooting something repetitive from multiple perspectives, understanding how it would all fit together in the edit?

It was probably the biggest challenge, keeping track of the layers and loops we needed to shoot in each setup. Each shot in the meat of the piece needed eight to ten different reads and each read was subtly different than the last. By the second day Carrie and Morgan probably knew the rules better than I did.

How accurately did the shooting script depict the final cut? Did the editing influence the structure/style of Great Choice?

The final cut is probably 95% true to the shooting script, there wasn’t a lot of wiggle room because the structure is intentionally repetitive. The biggest thing I discovered when editing though was making the VO artist a character, he had some pre-scripted jokes but nothing as direct as what ended up in the final cut. 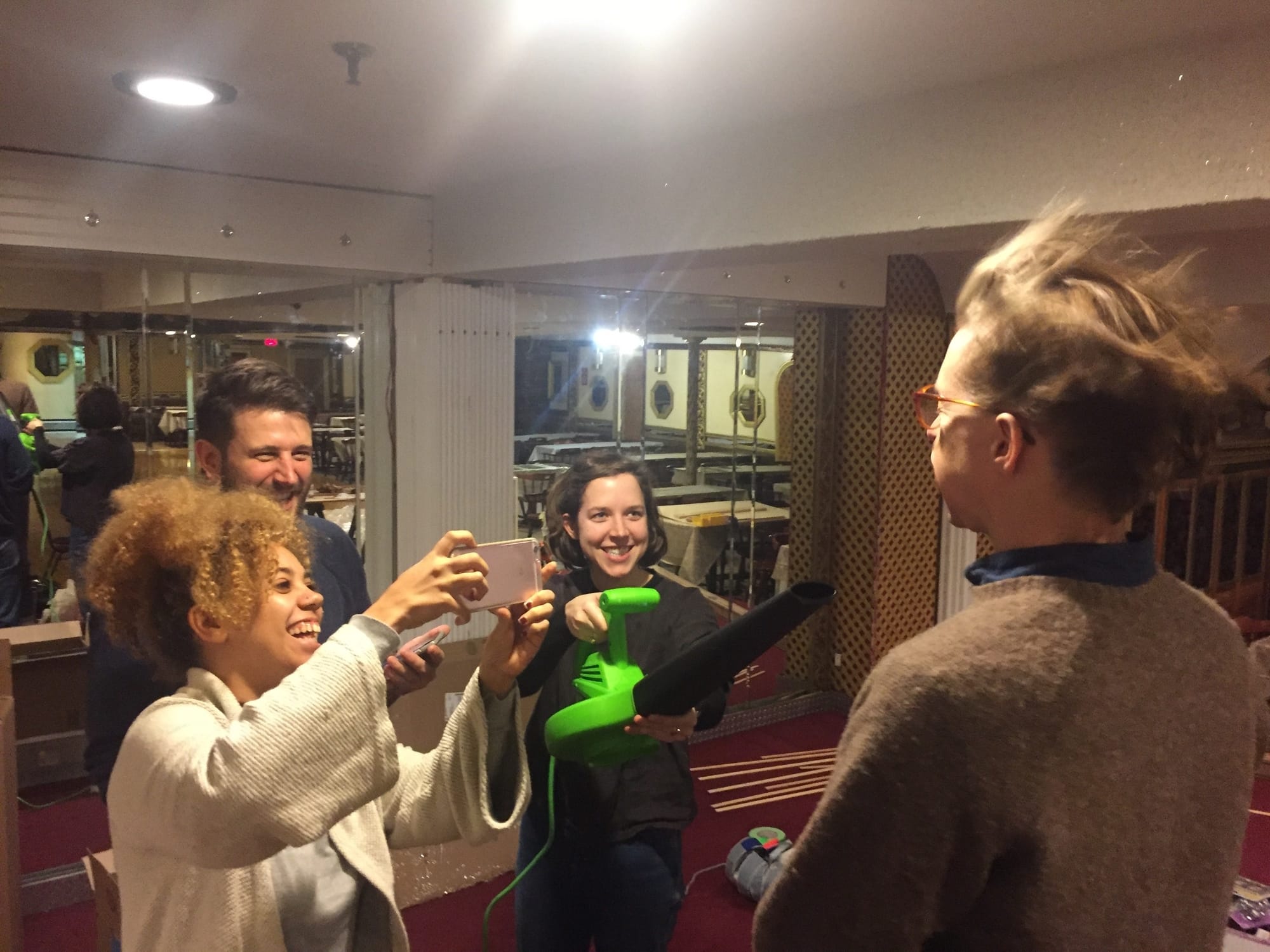 What do you hope audiences take away from Great Choice?

I like movies that feel like experiences, so really whatever each person takes away from it is valid. I’m not looking for one specific thing, I’d rather keep it abstract and let the audience decide.

With Great Choice having now played numerous festivals, what has the feedback been like?

It’s been great! I love going to screenings, people scream and laugh. It feels good to get reactions like that.

I’m adapting Great Choice into a film! I’m hoping to get it going by early next year.