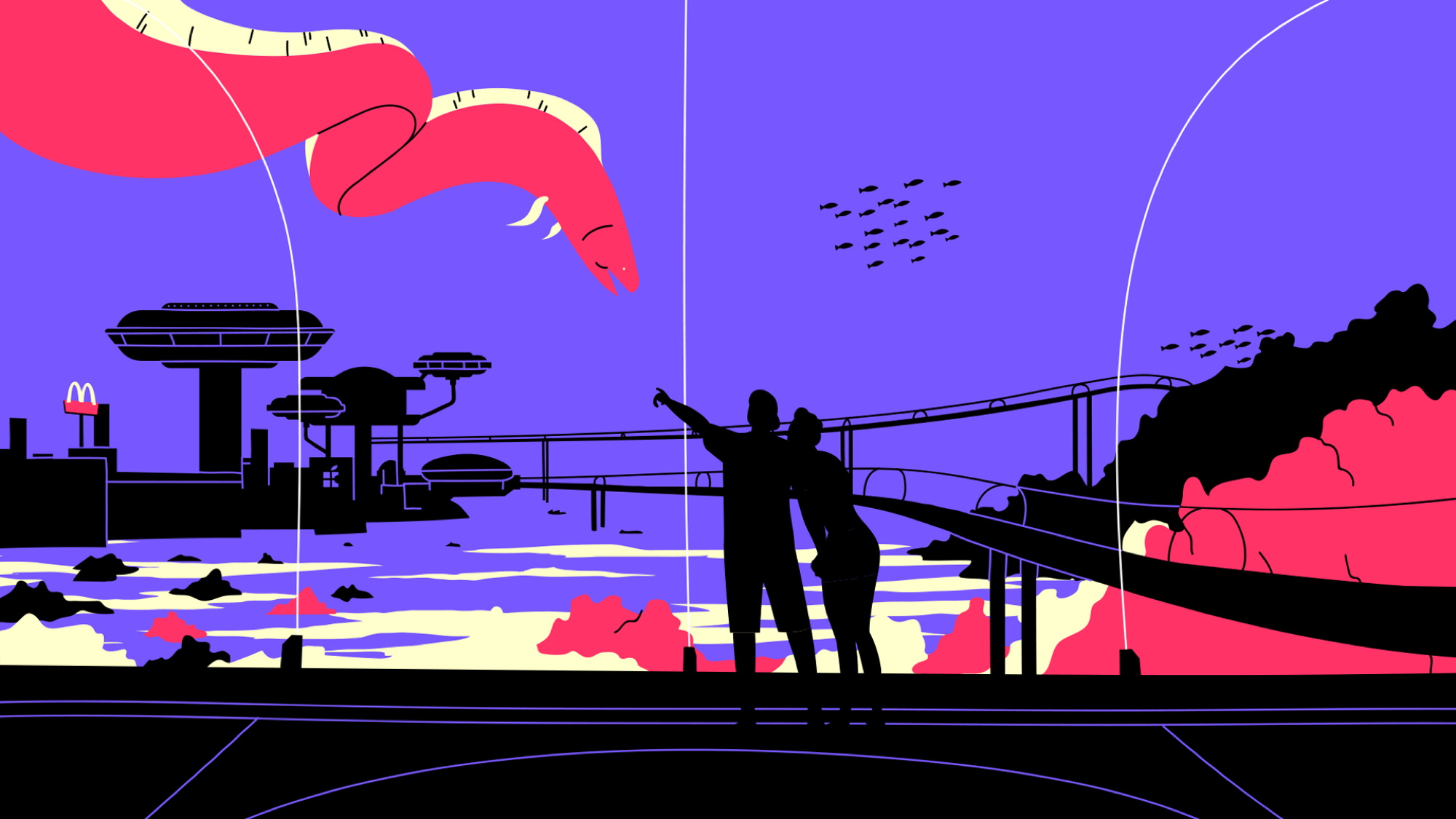 In the year 2037 a woman sets off on an adventure in Southeast Asia. It’s a future trip of discovery, excitement and romance much like we experience in the present…or is it? Creative animation studio Device tell DN how they dreamt up the future of holiday correspondence in The Postcard.

As a studio that works on a variety of personal and client films, how do you feel your various projects combine to define Device?

We organise the wide range of styles into two sides on our website, the black and the white. The black is the more experimental one and the white stands for the commercial work. We think of them as the two sides of the same coin. An organised space that gives us the freedom to develop different kinds of projects with different techniques such as cell animation, 3D or pixel art.

Where did the concept for The Postcard come from?

The idea was inspired by typical vacation videos and images that summarize a trip. Videos that showcase the places you have visited, things you have done and food you have eaten during your travels to various destinations…and of course highlighting the best moments. A new video genre itself, if you will. It all started as a parody of all the predictable clichés, but contextualized in the near future. Like no matter what happens in the future, tourists will do the same things when they travel.

We also wanted to include another big cliché regarding summer and trips: the summer love. And since we were traveling in the future we thought about a ‘summer love, rental service’, as a plot twist. So the main concept is about how relationships will evolve in the near future seeking the ‘perfect experiences’ of social media, instead of the real ones.

It all started as a parody of all the predictable cliches, but contextualized in the near future.

How did you put the film together?

Firstly we worked really hard on developing the concept and script with Carlos Serra, it took us a bit more than one month. Once we were satisfied with the story, we started the illustration and animation process. We used, Adobe Illustrator, Animate, and After Effects, mixing cell animation with key frame animation.

What was the appeal of working with a restricted colour palette here?

We worked with a reduced colour palette to achieve a comic book look and feel. It made the illustration more stylised and provided the sci-fi finish.

Are new Device projects in the works you’re excited about?

Yes, we are working on the next film [teased below], and hope to share it with you before 2018 😉