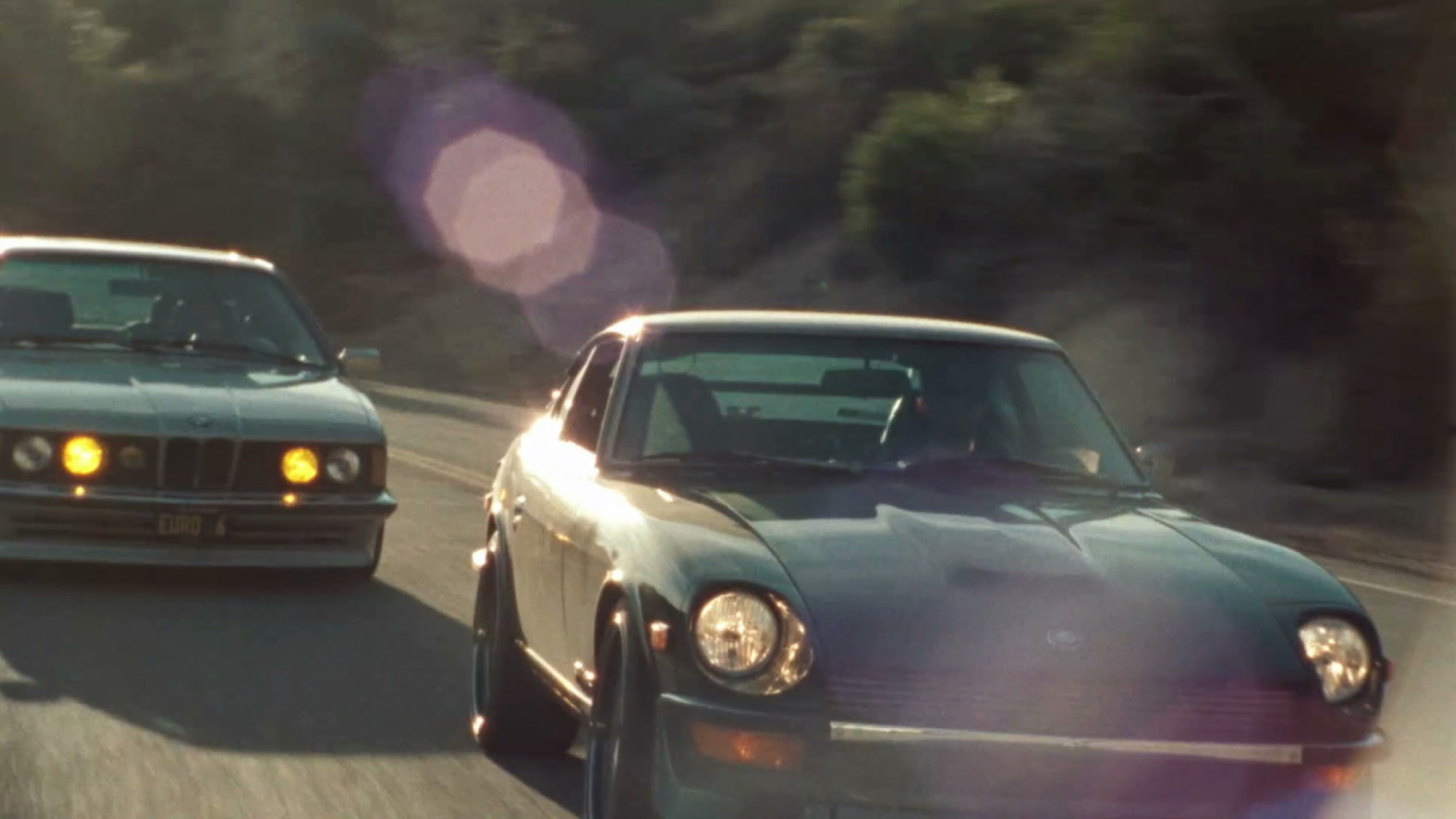 Cars. For many of us they are the first piece of personal space we possess outside of the family home, endlessly customisable and always primed with the potential to take you anywhere at a moment’s notice. It’s this deep emotional bond which unites the owners of the ‘non-collectable’ cars featured in Elias Ressegatti’s new episodic profile series of automobile appreciation, Future Classics. DN invited Elias to share how his desire to pay tribute to these much loved but overlooked dream machines led him to embark on this ongoing 16mm shooting challenge.

Shortly before committing to our move from NYC to LA, my childhood car-obsession resurfaced. LA requires a car, of course. By looking for what car I’d want, I became obsessed with Porsches. I had never driven one, though. And the prospect of owning such a prized machine was out-of-reach. I grew up working class.

Researching it more and more, I’ve come to realize that most enthusiast car brands have models that slipped through the cracks. Cars that are better than the image they have. Since I grew up and learned to drive in Europe, stick shift was a must. That’s when I found the Porsche 911 996, a car unloved by collectors in a prices-doubling-every-two-months second-hand market gone haywire. A car, as true to the lineage as can be, but looked down upon by those ‘in the know’. The prices reflected that, of course. 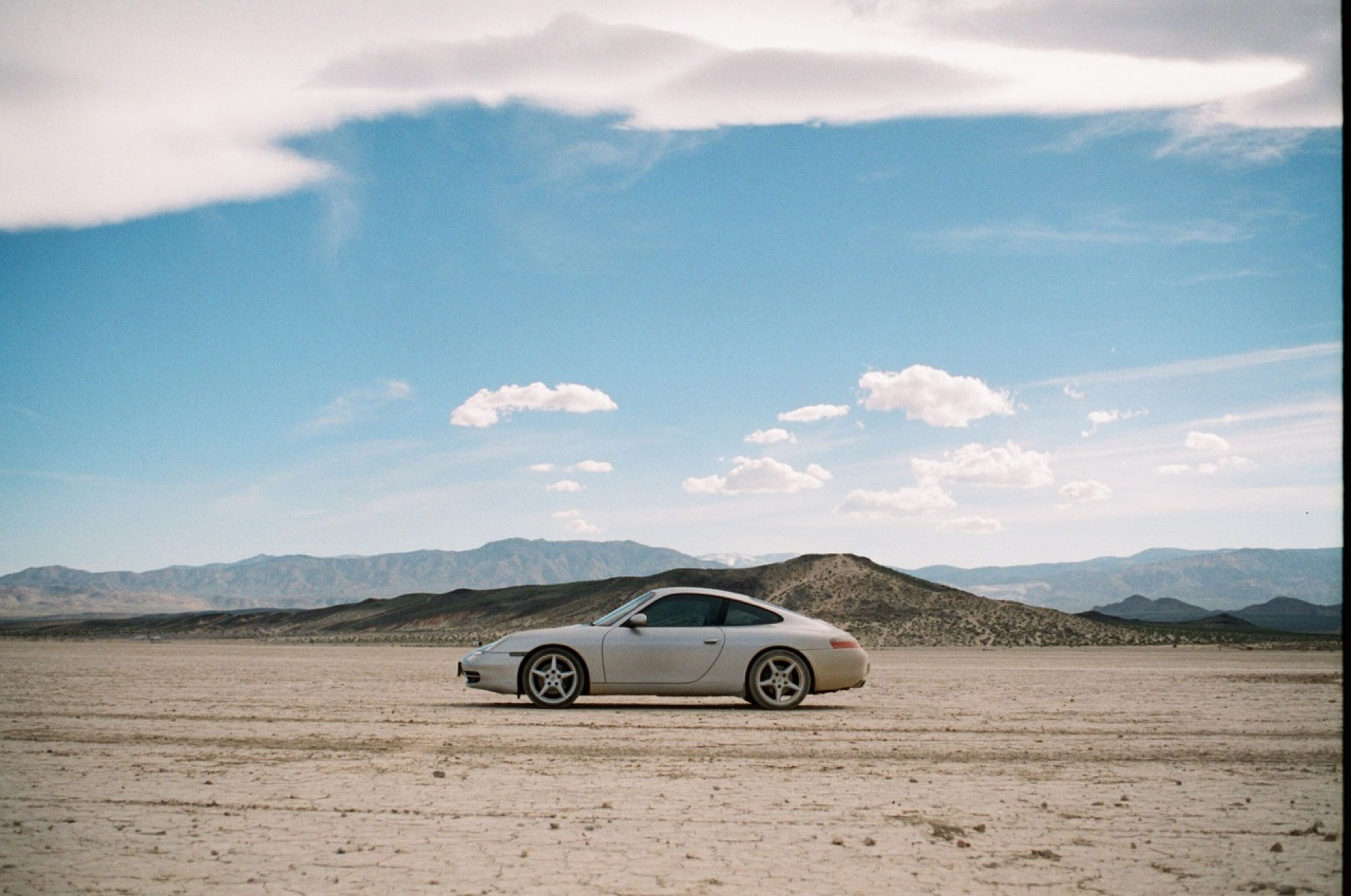 My car on a dry lake. We had to drive 4 miles on rocky dirt roads to get there. But it was worth it. Cleaning the car afterwards took months.

I bought one, we drove it across the country, over dirt roads, desert highways, mountain passes. Every new landscape burnt itself into my memory, the ever-changing light, the long stretches of almost nothing, the red of the earth in Utah, the white of the salt flats. The idea for Future Classics was subconsciously growing.

Upon arrival in LA work was slow. The cars I encountered everyday were diverse and amazing. I watched a lot of car-related videos online. What became obvious was that they either portrayed rare collector cars (owned usually by white middle-aged dudes) or were well scripted but visually too much like selfies.

So I wrote a spec script for a commercial aimed at what some call ‘peak-automotive moment’ – aka when cars were as refined mechanically as possible but not yet overtaken by computers. I decided to focus on people with cars like mine: unloved models with a ‘flaw’, cars built between the mid-70s until the late 90s, not yet considered classics: future classics.

My long-time friend and trusted DP Daryl Hefti spent a few days at our place in LA and we talked a lot, went on a lot of drives and decided to just go for it. He returned – he lives in Zurich, Switzerland – in early March with a borrowed Arri Sr3 and an old Angénieux zoom lens and we went scouting, both for cars as well as roads. I also had a Bolex lying around from a friend that left it at my place.

Since we both missed working with celluloid – we both started working on filmsets when 16/35mm was still the norm – we decided to challenge ourselves by shooting it all on S16mm. We found a small lab in North Hollywood (Spectra Film & Video) for stock and processing, set ourselves a limit of 1200 feet and went on to shoot for four days straight.

The BTS of the first raw scan. That red light wasn’t naturally there, of course

Our weapon of choice: the Arri Sr3

We mostly shot out of a convertible handheld, just the two of us plus the owner of the featured car. No permits, no set.

Shooting on desolated roads outside of Los Angeles, as well as Downtown LA, we mostly shot out of a convertible handheld, just the two of us plus the owner of the featured car. No permits, no set. We had a loose shooting board but took our freedom to do whatever felt right in the moment. Since no clients existed, we were free to do whatever we wanted. And being that the team existed only of us two, we were as quick to move as no other set I’ve been on.

During filming, or rather during waiting for the light to be perfect, then rushing to grab all the shots before it got dark, I talked with all the car owners at length. Everybody had their own access to the passion we all share, everyone had such unique and interesting stories and ambitions. Driving back one night, my DP and I decided that this should be more than ‘just’ a spec spot. This could be short documentaries.

So my Editor Travis Moore from Exile in NYC edited what became the trailer. The music is a track by Mikkel Hess and Rasmus Bille Bahncke Travis stumbled upon. Bryan Smaller at Company 3 graded the trailer (and subsequent episodes) on Resolve, Katie Andrews post-produced it, and my cousin from Germany Angelo Ressegatti designed the logo.

Raw scan of an upcoming episode

Raw scan of an upcoming episode

During that process I interviewed all the owners of the cars we shot on a Zoom H5 in their living rooms. Travis stretched what little footage we had – 1200 feet is just about 35 minutes or so – to edit four episodes with excerpts of those interviews, Mikkel and Rasmus delivered great music and we released the first 3 episodes just a few weeks ago.

We’ve already got another 4 episodes in the can and a few more lined up, which we’ll shoot as soon as our paid-for work gives us a break – Future Classics has already led to paid work – and build the YouTube channel and website from there. The project is entirely self-funded, a labor of love for all involved.

Shooting Future Classics has brought me back to the fundamental love for filmmaking – like back in the days out in the streets doing our skateboard videos – trying to capture the passion of the people we portray, while the whirring of the camera reminds us that sometimes film can be more than just a few bytes on a harddrive.