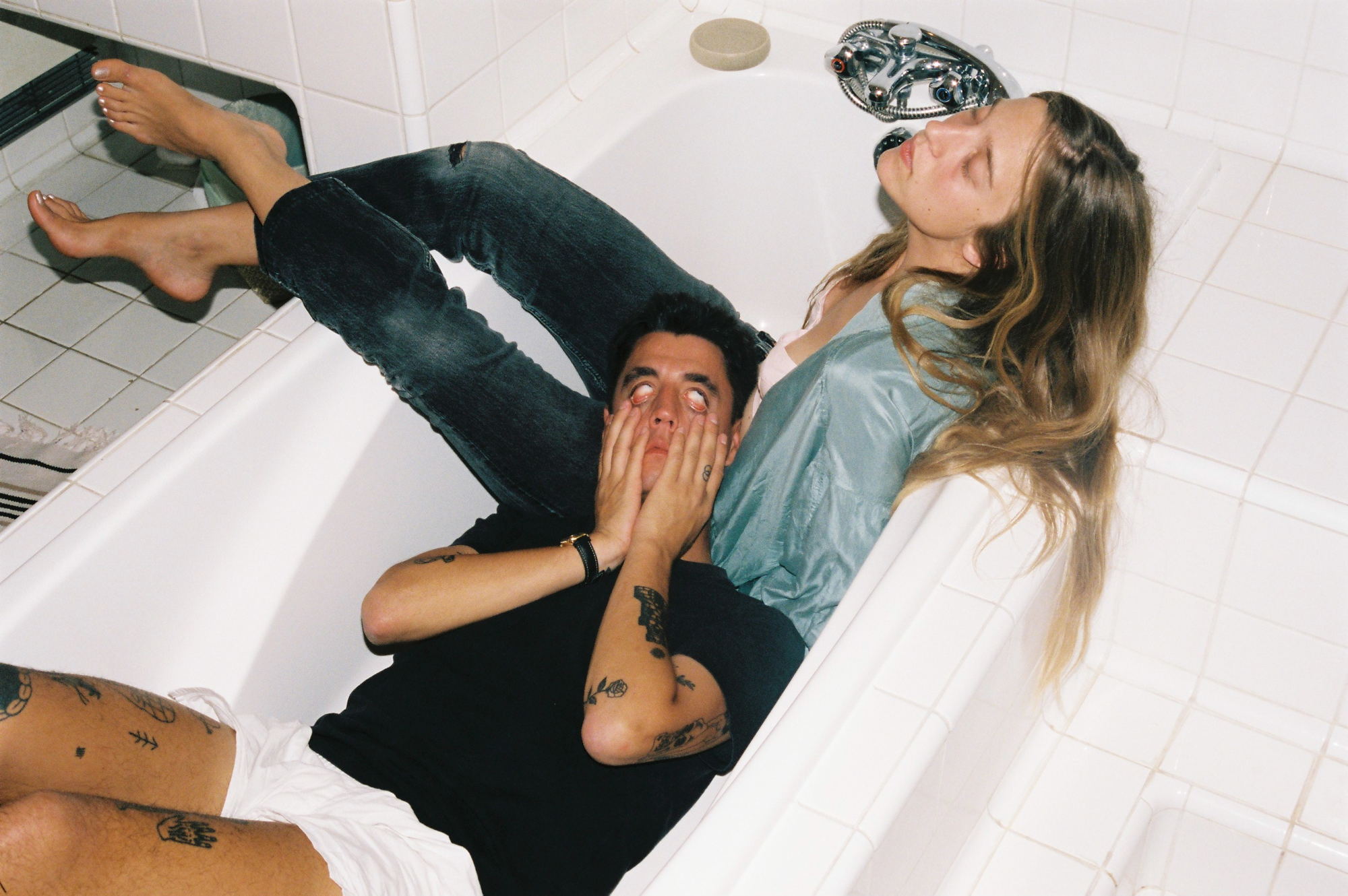 Long peculating in his mind after hearing an early mix of Part Company’s debut album Seasons, filmmaker Ramón Ayala cashed in the creative freedom presented by the promo’s low budget for Vartan, a stills based music video adventure which mixes carefree fun with darker shades of senseless violence. As taken with Vartan as we were with his earlier fashion/sci-fi hybrid People Like Us, we invited Ramón back to DN to tell us more about the concept’s road trip journey to fruition.

The Vartan backstory covers a long period of time…

The first time I listened to Vartan was about three years ago during the postproduction of my music video for A-Trak Push. Part Company’s manager at the time Pierre Le Ny shared the premixed track with me during a visit at GUM headquarters in Paris. I had done their music video for the track Babar some years ago. From the very beginning the track proposed itself as a epic journey through many chambers and moods with a continuous tension never solved. The album was released three years later, they’re definitely a slow cooking band.

From the very beginning the track proposed itself as a epic journey through many chambers and moods with a continuous tension never solved.

The band approached me to do the music video for Vartan. I was preparing myself to write the treatment for a long time but the conclusion was always something baroque and… expensive. But the final budget was really far from my last efforts in the American industry. In exchange, they offered me ‘carte blanche’ creatively which is rare these days. At that time as well I was trying to get out of my comfort zone and searching for alternative production structures to keep creative control over the final product. In fact this is the first production where I assumed the role of executive producer with my own guerrilla creative office AVENTURA ([email protected]) due to the off-kilter nature of the concept.

During the years that the track was on a folder in my laptop, I developed a narrative based on the concept of the diary of a female photographer with the references of Lina Scheynius or Nan Golding in mind. The story of a gaze. The project was supposed to be shot as a regular film with a lot of narrative tools to explain a fashion related story but production constrictions came to redefine the project. 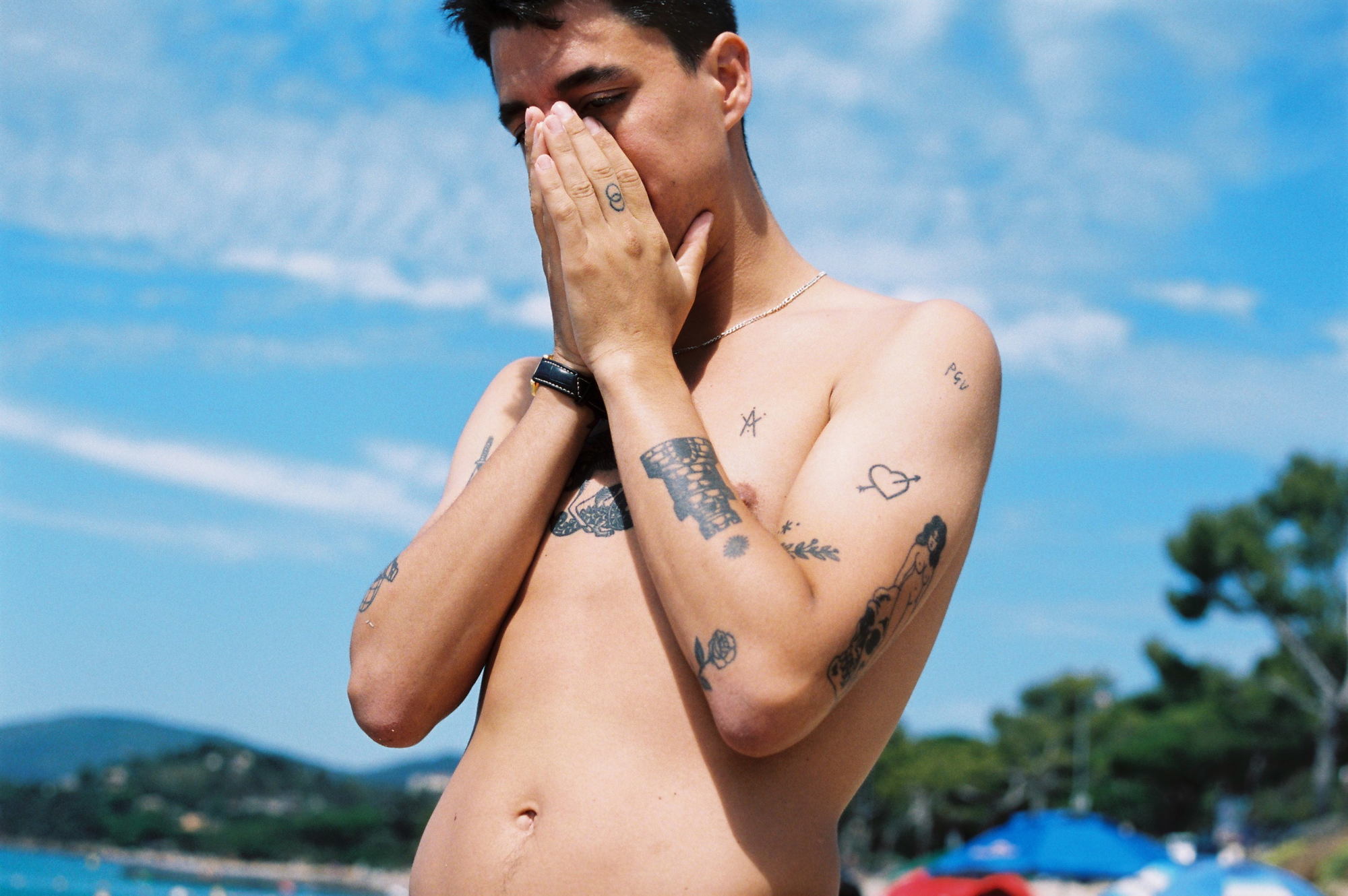 In a conversation with my friend and Producer Benjamin Benhamou we ended up discussing the diary work form of Chris Marker and the brainwashing sequence of Parallax View by Alan J. Pakula and somehow it crystallized in my mind with the idea of La Jetee’s format as the ideal format for the film. Storytelling based on still pictures. Somehow like the diary style that Jonas Mekas did in Walden. Joyful, sunny, intimate, emotive and emotional and with a disturbing dark twist.

The final idea came from Michael Haneke’s approach to nonsense violence and Martin Parr’s documentation of the anthropology of holidays. The final plot was: A girl never on screen finds a bag full of undeveloped film rolls and slowly she develops them and builds the reconstruction of a summer trip of a group of friends with a crime inside totally impossible to track. And done only with photographs. A challenge that the label and band accepted.

Obviously with the budget we had it was mandatory to have a really small crew, move fast and have a lot of final footage from which to build a film. And this was only possible to do with a crew of friends and partners in crime. Aitor Bigas was my Editor on Bishop Briggs’ Wild Horses and we became friends, Alba Yruela was a friend of both. I met her on a documentary piece some years ago and I booked her as a model in a music video because she’s a contemporary Vermeer de Delft character. Curiously she’s friends with Lina Scheynius and has a body of work as a photographer I truly admire and could die for. Alba has published in magazines such as Vogue, Lula, Dazed and Confused, Vice, Neon, S magazine and It fashion. And Kimberley Tell was around, as always as somehow my female alter ego and usual partner and sister. If I’ve had a dream team in my life it was this one. Just friends. The only people on Earth to make it possible that a grumpy guy like me can be in the same car and hotels for five days having fun while working on an experimental project in which progress and improvisation is the motto.

Here it is, my production structure. I researched for a week in Google Maps from Montecarlo to Barcelona for good spots on the South of France coast. I booked some hotels, I rented a SUV car and bought 60 rolls of Portra 400, some Super 8 rolls and just two videotapes. We took Alba’s Contax T2, a trashy Yashica from my teen years – a film stock Canon photo camera, a Nizo pro super 8 camera and a video camera. A single page of some actions handwritten and always in my pocket. No production design, no stylist, no make up. Just Alba’s gaze and the rest of us as support taking additional pictures, shooting video and film. That was the plan.

We needed to build a continuous stream of images, a mandala of memories, an elusive narration.

During four and a half days we shot about 12 rolls a day. We improvised, stopping the car at our will and instinct. We got lost in small roads and entered the tourist maelstrom of Cannes and Nice. We visited wealthy villas and cheap carnivals. We felt strange in the Monaco night surrounded by Roll Royce Phantoms and Lamborghini Aventadors in front of the casino and happy dipping in blue waters. We drank champagne in hotels and tequila shots in greasy bars and we never never stopped taking pictures. Alba only had one rule: a coffee in the morning before we shot the first picture.

In editing the rule was not to use a motion image unless it worked as a hinge because the whole body of storytelling needed to be photographs, not to use zooms but the final one, not to use fashion friendly pics or too beautiful stuff. We had about 2000 pictures to develop, edit, classify and select. Plus the video footage. We needed to build a continuous stream of images, a mandala of memories, an elusive narration. 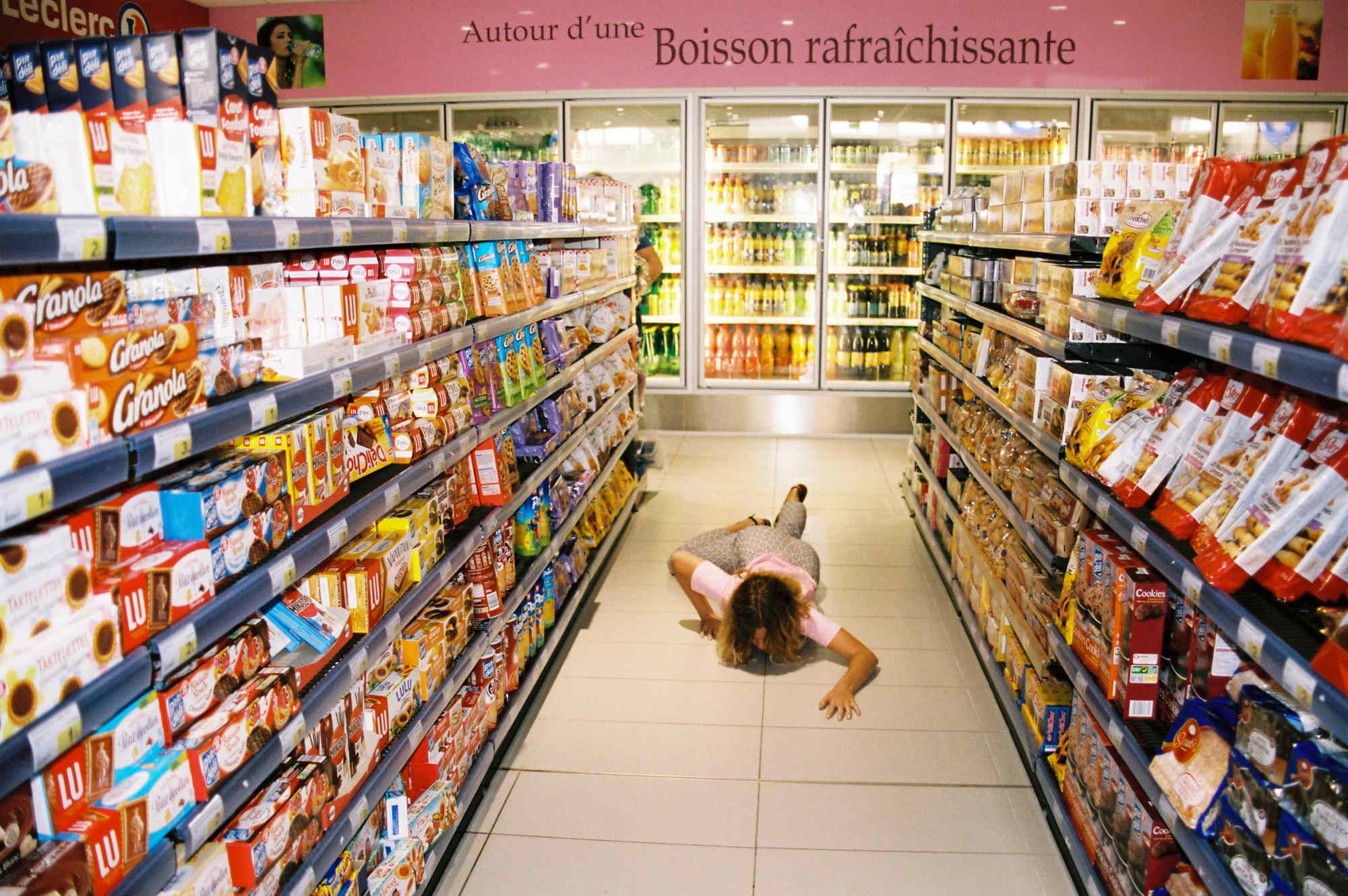 Aitor, the editor, reminds me of a sculptor with incorruptible ethics towards the final form of the film. Each day we built a portion of film, taking a lot of decisions on framing and what shot came before and after each shot. We looked like an old couple – like Jean-Marie Straub and Danièle Huillet fighting for a single frame in Où gît votre sourire enfoui? by Pedro Costa & Thierry Lounas – for a month and a half of editing. We ended exhausted. Finally Annick Weerts did a beautiful short voiceover. I imagined the tone as some Marguerite Duras written text. Informative, repetitive, poetic and dry.

I’m proud of this video because everything is totally true. It is the documentation of a friendship, of collaboration and as well a short film about some codes of art film (where I was raised and it’s my breed) and what a low budget music video can be with creative freedom and saying no to clichés and industry standards.

And I’m proud of my friends Alba, Aitor and Kimberly. This video is for them because it’s them.