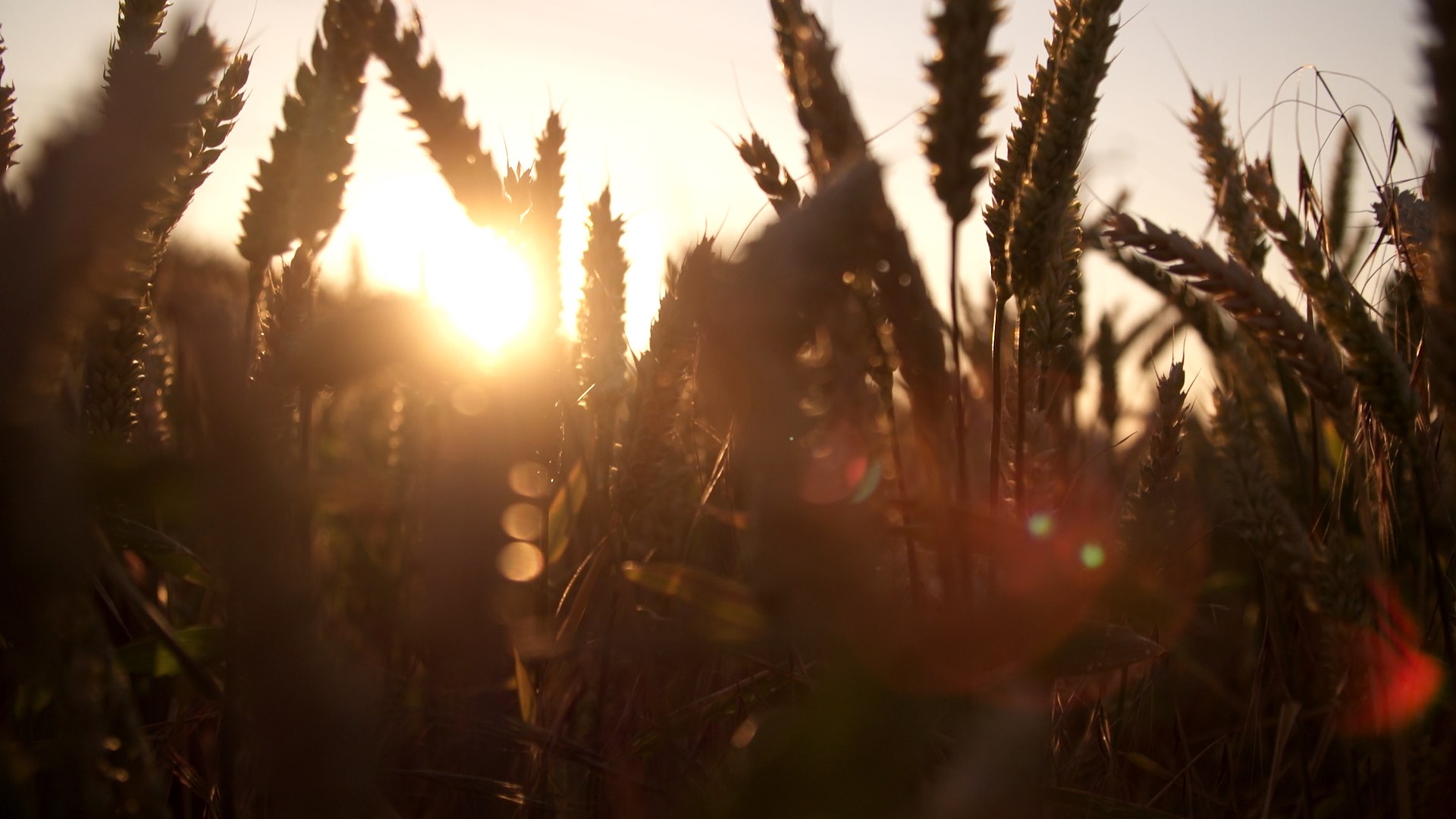 One of the questions I get asked most about short film, just after “How do I get a Vimeo Staff Pick?” (I don’t know, although our interview with Staff Picks Head Curator Sam Morrill might help), is the age old conundrum – “How do I make money from short film?”. Again, it’s a question I don’t really have an answer for, but one filmmaker who’s certainly exploring his avenues is documentary Director Duncan Cowles.

When I met him at the Encounters Short Film Festival last year, he revealed one of his plans for making money which involved coffee (I won’t reveal too much as I’m half expecting to see him on Dragons’ Den pitching that one), but in the meantime he has moved onto selling ‘Documentaries are Decent’ tote bags and shooting and selling stock footage. Whilst the stock footage gig didn’t exactly reap the rewards he was hoping for, it did lead him on a path to completing his latest short film Taking Stock. Created for Random Acts and constructed almost entirely from footage shot with the intention to sell as stock, Duncan joins us to discuss creating a film entirely from cutaway shots, including his family in his shorts and advice for freelance filmmakers.

If you had to summarise Taking Stock how would you sell it to a potential viewer?

Four minutes of a miserable Scottish bloke trying to make a bit of cash through filming stock footage and failing terribly.

Every time I watch one of your films, I feel like I’m getting a bit of an insight into the life of Duncan Cowles (and his family) – how much of this film is a reflection on your actual life as a freelance filmmaker and how much is exaggerated just for laughs?

I’d say this film is based on my actual thoughts, feelings and a situation I was in at one point in my life, but it’s definitely been exaggerated and expanded beyond documentary to make it more ludicrous and entertaining. My life as a freelancer filmmaker right now for example is quite different to what it was like a year ago when I was doing all the stock footage stuff. I’m busier than I’ve ever been and working normally 7 days a week on a range of different mostly interesting projects, including my own commissioned work.

Your Mum makes another cameo in this latest film, what do your family feel about starring in your work?

Aye, they are less on edge these days since most of them have taken their turn being in one film of mine or another. My mum hadn’t really been in one since Lady with the Lamp (2012), and I thought it would be funny to sort of show people how little the situation had changed with a few years having gone past. She didn’t mind too much as it was only really the back of her that you see, she thought it was funny.

I will say though, none of them are out of the woods yet with the feature film coming up. Although I won’t be looking too specifically at my family, I’d be very surprised if they don’t end up featuring in some way again.

I guess the production of the film was a little different from your other work, what was it like trying to form a narrative out of footage shot as stock?

It was a really fun challenge. In some ways this was one of the most simple structures and films I’ve made. I had a big collection of stock that I’d filmed, so upon being commissioned I didn’t need to go out and film anything, it was a script and editing job mainly, with around a couple of months to get the thing done.

I tried to narrow down the stock footage into the stuff that not only visually looked the strongest, but that also told more of a story than what you could see. So what footage told more of a story, or that the context behind filming the footage could add more depth or humour. So for example, the footage filmed at my Mum & Dad’s house tells a story about how I’m stuck at home at 27 years old desperately searching for ways to survive financially by filming quite depressing stock footage in my back garden.

Voiceover obviously plays a huge role in this short, I know from our chat for Short of the Week you recorded it under your duvet – but how much focus did you have put on the VO and how important do you think it is in the success of the film?

I’d say the Voiceover was fairly key to whether the film was going to work or not. I did a voiceover in my film Radio Silence, and largely dislike listening back to it, as it sounds almost too polished and well pronounced – which isn’t really how I sound in every day life. Those who know me will recognise that I largely shuffle about grumbling and mumbling with my deep voice speaking in bad English/Scottish non-sentences. So I wanted to record a voiceover that was as natural and genuine to how I actual speak and talk. When doing the subtitles for Taking Stock I realised just how terrible my English was as I think I put the words ‘You know?’ in every second sentence, sometimes more than once in the sentence.

I don’t like to think of documentary as a strictly factual thing though, I’m dead into blurring the boundaries and all that.

Give up now. It’s not worth it.

Nah, I’m joking. It’s not easy, especially at first, but it can be very rewarding if you stick in there and make it work. There’s nothing I’d rather be doing right now than what I’m doing, but I think those choosing a freelance path should really consider whether it’s right for them, or if they might prefer a contracted position somewhere.

Half the battle is not being so isolated, as freelancing can be a lonely thing. Half way through last year I started renting a studio space at Hill Street Design House in Edinburgh, and it made a huge difference to my general happiness and positive outlook. Just getting a bit of chat every day rather than working from home has made such a big improvement to not just my mental state but my work and rate of output has improved too I think.

What do you hope someone takes away from a viewing of Taking Stock?

On a very simple level I hope that it might give them a bit of a laugh, or cheer them up. My aim was to create something that other freelancers and creatives can relate to, and explore that feeling of isolation, loneliness or being stuck inside your own head wondering what on earth you’re doing with your life. I hope that people can recognise bits of themselves in that feeling and feel a little less alone and daft about it. Filmmaking and other creative jobs are a bit weird and not always very straightforward, and a lot of the work we do doesn’t always feel like traditional ‘work’ so we feel guilty or a little lost at times trying to justify ourselves to others. I suppose I wanted to take a step back and have a laugh at the absurdity of it all.

I tried to be reasonably honest about that tormenting inner dialogue that we have inside our heads and the spirals and anxieties that come from that, and then kind of take a step back and go, “Aye we could do with chilling out a bit”. I hope non-filmmakers, or people less connected to the creative industries also have a bit of a laugh when watching the film, and maybe get a little insight into the world of a freelancer. At the very least there’s a decent sunset shot in there that should keep some viewers happy enough. 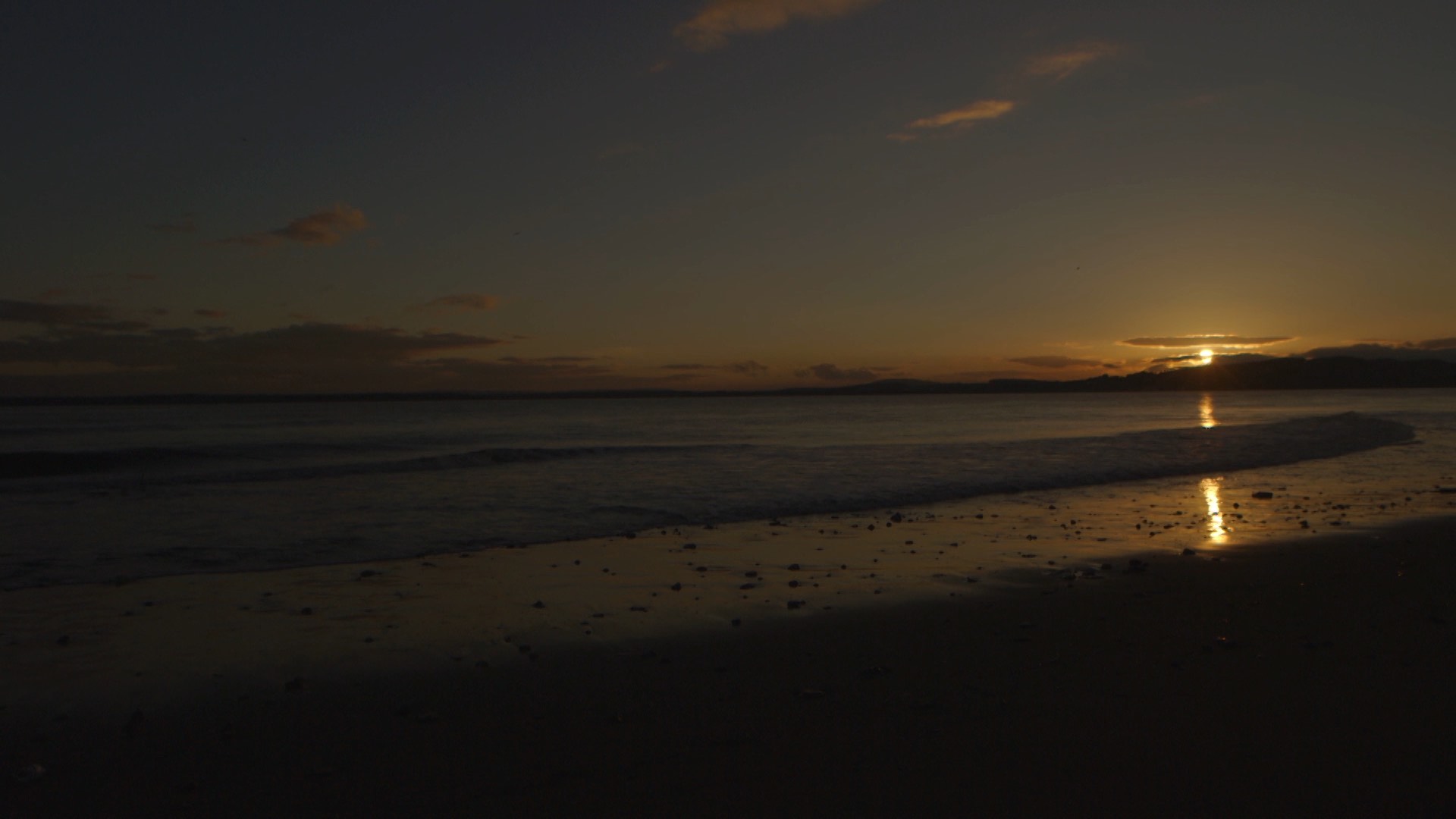 Finally, what are you working on next and what is it about documentary that appeals to you?

I’m busy filming this half an hour film for STV about the boat journey between Aberdeen and Shetland, basically interviewing the crew and passengers on this 14hour overnight ferry about the boat and their lives. Alongside that I’m getting on with my first feature documentary about blokes and why they’re not so good at communicating their emotions, motivated by my own struggles with this. Alongside these two larger projects I’m doing lots of smaller things, pitching some new ideas too in the hope they get picked up, so we’ll see.

Documentary has always appealed. I remember when I watched the film Dark Days by Marc Singer when I was a teenager, I was blown away. I had no idea that a documentary could look like that and be so powerful. Then as I progressed through Edinburgh College of Art, being introduced to films like Nobody’s Business by Alan Berliner my interest in creative documentary began to grow and grow. I don’t like to think of documentary as a strictly factual thing though, I’m dead into blurring the boundaries and all that. There’s plenty dry straight-forward documentary stuff out there that bores the socks of me, it’s the decent creative documentaries that I’m into.