In Beach Rats, Eliza Hittman’s second feature, there’s a beautiful juxtaposition of night and day. By day, there’s a group of young men, led by Frankie (Harris Dickinson). They play basketball, they lift weights and exercise, they smoke, they compete, they push each other. By night, Frankie is a different person. He speaks to men online, often rendezvousing with them for late night/early morning sexual encounters. Eliza formed this story after spending time around Gerritsen Beach in Brooklyn, taking visuals cues and observing the young men that hung out around there. We spoke to Eliza about capturing the broiling tensions between the hyper-masculine and homoerotic.

Where did the idea for Beach Rats begin? How did you evolve it into a feature?

There were a couple of moments that I took note of while I was shooting It Felt Like Love, my previous feature, that ultimately ended up evolving into ideas for Beach Rats. We were shooting along the water and we noticed that there was still a lot of cruising happening, and that was one thing I filed away in my mind. I cast a couple of kids from Gerritsen Beach, Brooklyn, and those boys are called “beach rats” and I thought it was a good title for something, and characterized the kind of rough kids who hang around on the beach during the day and the men who cruise at night. The tension between night and day. When I got to Sundance in 2013, I started pitching another movie with the title Beach Rats that was about these guys. Throughout It Felt Like Love I did a lot of looking through Facebook pages and appropriating images, and I found one image that became the generative image for the film.

When I’m coming up with a film, I spend a lot of time in the world where the story takes place walking around, observing spaces, talking to people and listening. When I was working on Beach Rats, I spent a lot of time around a handball court in Manhattan Beach Park watching guys play and thinking about how they interacted and their physicality. Similarly, I spent time on the Coney Island boardwalk during the fireworks which is a place where all these kids hang out and also in a parking lot where a lot of cruising takes place and in both places observed these different rituals and patterns of behavior taking place.

Harris Dickinson’s performance feels so nuanced and subtle, he tends to drift through the scenes with much of his emotion feeling under the skin, could you talk about working with Harris and developing the character of Frankie?

I found Harris through a batch of audition tapes that came in. He sort of snuck his tape in through his LA manager and didn’t speak in his British accent at all in it, so I actually didn’t know he wasn’t American when I first saw him. But his audition was extremely strong and had a vulnerability to the performance that I was looking for and not really seeing with other auditions.

I want to show people in these neighborhoods that you wouldn’t see in typical indie films.

Our process was a little traditional in that we had a week of rehearsal, where we read through each of the scenes and loosely blocked them on their feet. And then it was also pretty unconventional in that when Harris arrived we were still casting some of the roles of the friends, and I took him out to a handball court in Manhattan Beach, Brooklyn. I just had him play different games with different guys, and looked at different combinations of kids together. And then, often, after those sort of callbacks and chemistry games, he would go and hang out with the guy, and that became a bit of his research for the film, just the time that he spent palling around with these guys on the beach — lifting weights, doing calisthenics, playing basketball. 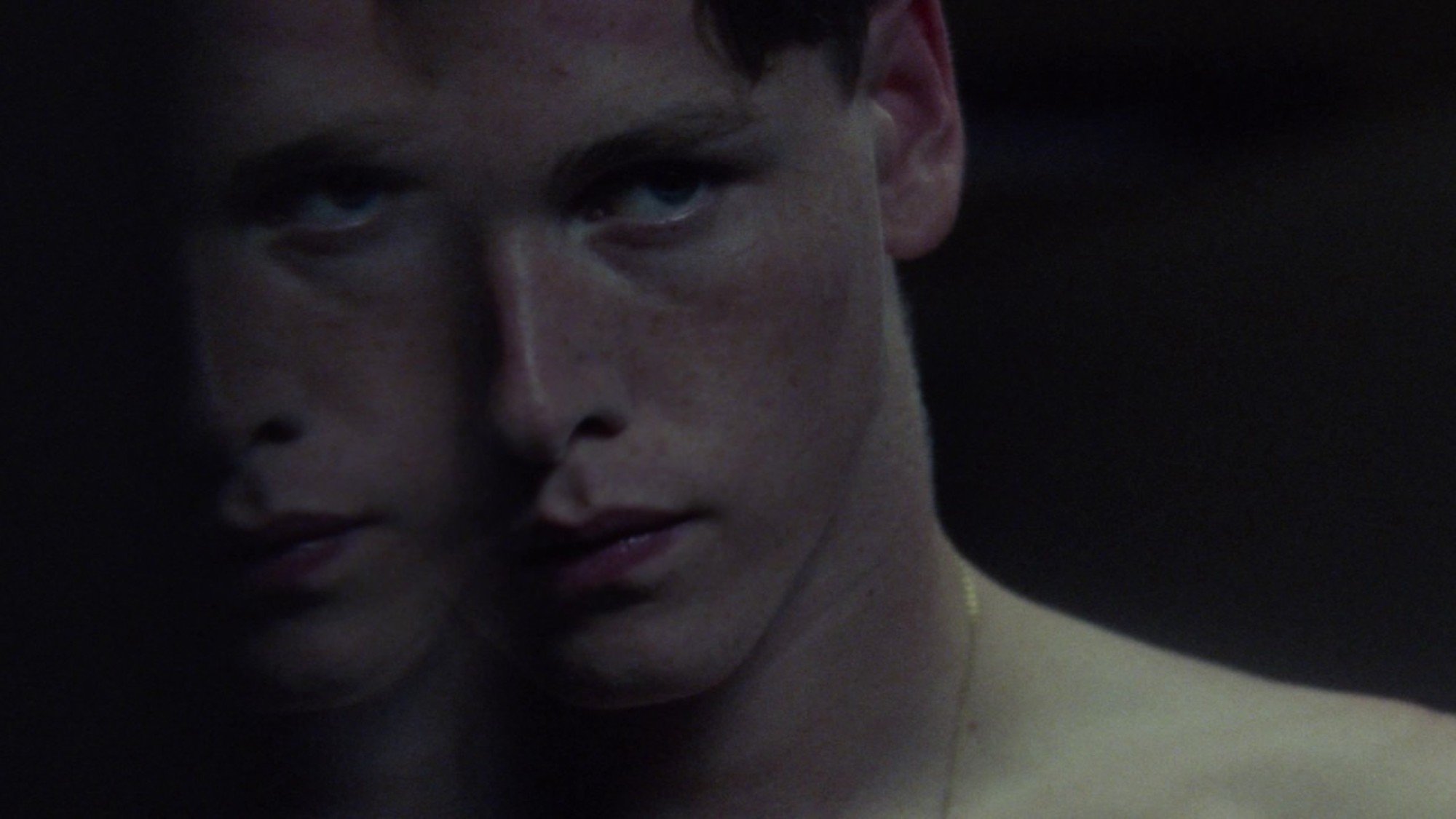 The cinematography has a projection of Frankie and his friends’ perception of masculinity, the exercise they do, they way they hang out shirtless or in tight vests together, the way they talk about girls, what’s your view on their masculinity and how they perceive themselves?

As I mentioned earlier, while I was making It Felt Like Love, I came across an image on Facebook that ultimately served as an inspiration for Beach Rats. It was a picture of one of those guys took of himself standing in front of mirror and you could see his phone and the flash from the camera. There was this tension between hyper-masculine and homoerotic that the picture so clearly illustrated and that I think is such a huge part of the character and his conflict in the film. He had his shirt off and a cap on, which sort of obscured his eyes. It looked like he was going to pull down his shorts and take a picture. I was also thinking a lot about those guys from my first film and how isolated by class those neighbourhoods are and how they have a long history of violence that erupts when you introduce any otherness into an isolated group. They’re farther from transportation and they don’t have a lot of opportunity.

Frankie wrestles with his sexuality throughout Beach Rats, one of the main things he struggles with, which I think the film addresses so beautifully is the binary social perception of sexuality, people tell him he’s gay and he replies that he doesn’t know what he is, is this an aspect of sexuality you were looking to present?

I went to high school and spent a lot of time growing up in the neighborhoods where my movies take place and I want to show people in these neighborhoods that you wouldn’t see in typical indie films and represent these isolated places to where certain classes have been pushed and where ideas like “coming out” feel impossible and might not be accepted with the progressive attitude you might associate with Brooklyn as it is broadly understood today.

I’ve spent the last few years researching what’s kind of termed “abortion tourism”. I’m working on a movie about two girls from Western Pennsylvania who hop on a Greyhound bus and enter into the labyrinth of New York City trying to reclaim their youth. I’m trying to capture the magic and horror of a crisis and transformative moment of youth – the idea that all these women are forced to travel to get abortions.

Beach Rats is now available online and on DVD via Peccadillo Pictures.