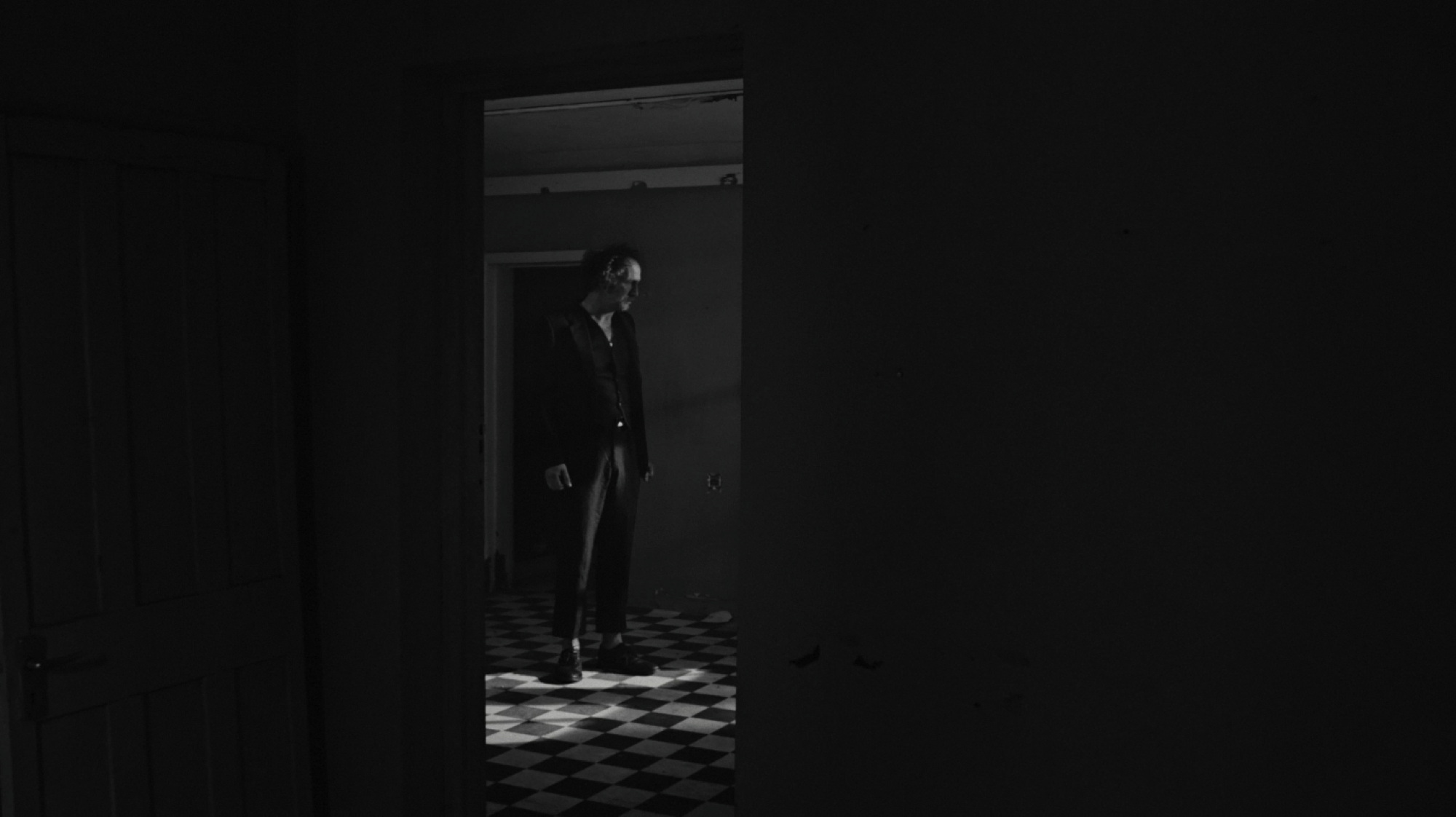 It’s not often that a director will be call upon to create the visuals for a reinterpretation of a track they’ve previously used in their work, but after being asked to do just that by regular collaborators Toydrum, Director Jack Weatherley knew that the Nick Cave and Warren Ellis dark reworking of I’ve Got a Future would require a vastly different treatment from his poetic VFX short The Hope You Promised Love. And so, it is my pleasure to invite Jack back to DN to delve into the nightmares which inspired this stripped down, unnerving promo come art piece.

How did I’ve Got a Future come about?

The track is a Nick Cave and Warren Ellis rework of I’ve Got a Future – the song which featured in my short The Hope You Promised Love which you guys premiered. The band – Toydrum – asked me if I could make a film to accompany the song, giving a totally free rein. I was blown away when I first heard it… It immediately felt to me as though something… a presence, a soul was trapped in the texture or fabric of the music. When Gavin Clark – the vocalist on the original track and this one – then tragically passed away it added real poignancy and profundity to the whole thing.

I thought for a long time as to what shape the film should take and for a long while another idea was on the table but it just never felt totally right, so didn’t happen. The finished film is a stripped down distillation of the original idea and came to me in a nightmare of sorts where things just seemed to crystalise. 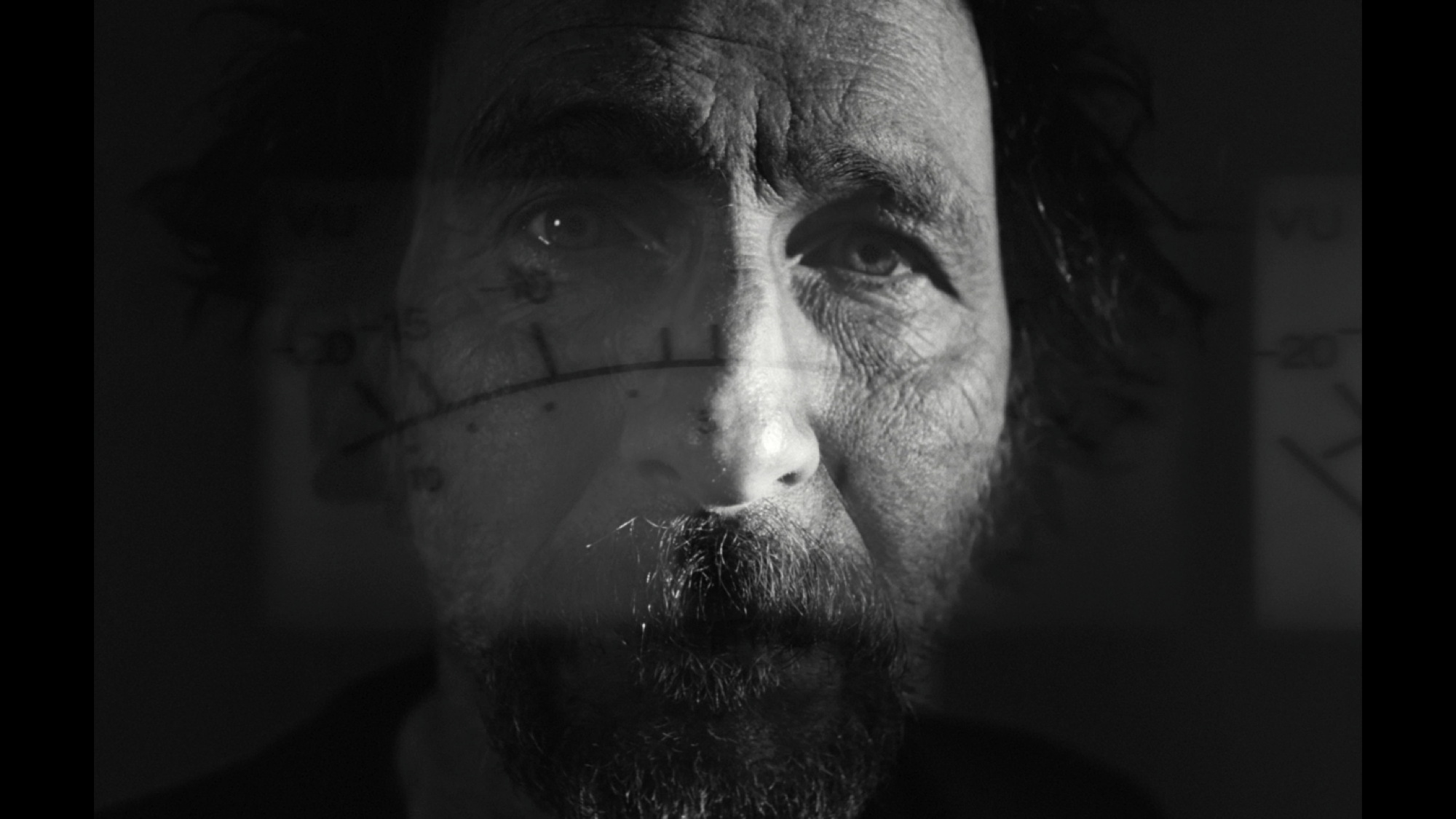 It immediately felt to me as though something… a presence, a soul was trapped in the texture or fabric of the music.

How did you chip away and discard elements of that initial idea to reveal this stark, yet powerful realisation within?

Via a combination of necessity and bloody mindedness, punctuated by a couple of nightmares… I’d been thinking about something involving more than one actor for a good while but could never succinctly crack the shape it would take or settle on a cast combination that felt right for the film. On top of that, I was working on the same commercial project on and off pretty much all of last year which made trying to pin down any firm shoot dates quite tricky.

I’d been obsessing over it for some time, throwing bits away and changing things when the final shape of it came to me during one of those semi-conscious between sleep and awake lurches that your body makes occasionally, a short but incredibly vivid series of images of a lone presence in a space. It immediately dawned on me that that presence had to be Paul Kaye alone.

Your creative collaboration with Paul goes back quite a while.

This is the third time I’ve collaborated with Paul, who was the first actor I ever reached out to for my first ever short… Paul really invests in a project and has this beautiful dangerous energy to him which was totally perfect for this.

The afternoon before the shoot he texted me to let me know he’d been on his back for a few hours, laid low by some norovirus type bug and that unless something miraculous happened, he didn’t think he’d be able to get out of bed let alone go to work and deliver any kind of performance. It really is testament to the type of artist and human he is that he found the strength to make the shoot. Paul’s performances are always very physical and visceral and actually, the way it worked out, we both agreed that his illness and depleted energy ended up imbuing the performances with another layer altogether.

What’s the internal conflict that Paul’s character is battling with and enacting on himself and what context did you place his performance in?

I’ll keep the specifics of that between Paul and me but the context thing is interesting in that people’s reading of the film shifts dramatically whether they see it as an observational lens or a POV of sorts.

To what extent did the visual look and format of I’ve Got a Future arrive fully formed in your mind?

I’d always seen it and written it as long takes starting wide and ending up in close-up portraiture. It was the looping shape of it that came after that and just felt right for it. It was always black and white and I was always very interested in the claustrophobia that a 4:3 or 1:1 aspect ratio affords when shooting people standing up. Literally putting them in a box. 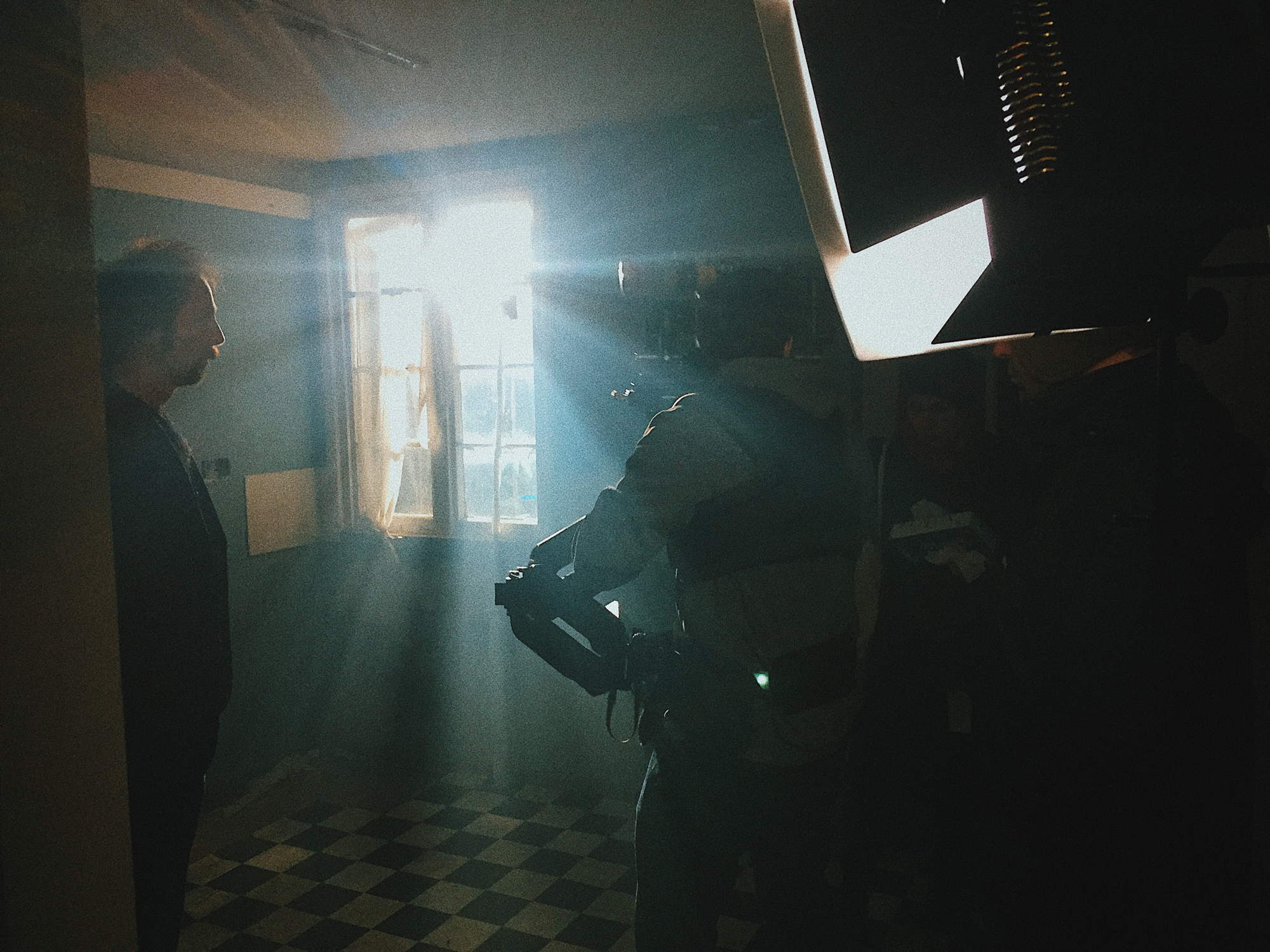 Myself and Paul O’Callaghan (DoP) then settled on the idea of a narrowing aspect ratio in each iteration of the loop to really emphasise the claustrophobia. I need to give Paul massive credit, he went way above and beyond on this one and always elevates my work to a whole other place. We went through a real journey together with this film, which made crafting the dark but beautiful visual language we were aiming for even more satisfying.

It would be remiss not to mention Joseph Bicknell (Colourist at Cheat) here. He’s the most passionate colourist I’ve collaborated with and his work truly accentuated the shape of the film, giving each loop the punctuation and texture it needed.

Not wanting to destroy the film’s magic but could you clue us into the significance of the number of iterations you take us through?

I won’t go into the specificity of the number of iterations, other than to say it relates to each of Paul’s performances and the space he’s in as the film and song play out. The whole nature of repeated iterations in the film’s shape is largely influenced by another nightmare I’ve had since I was very young… A looping, repetitive journey of walking towards the door of a building in the middle of nowhere. 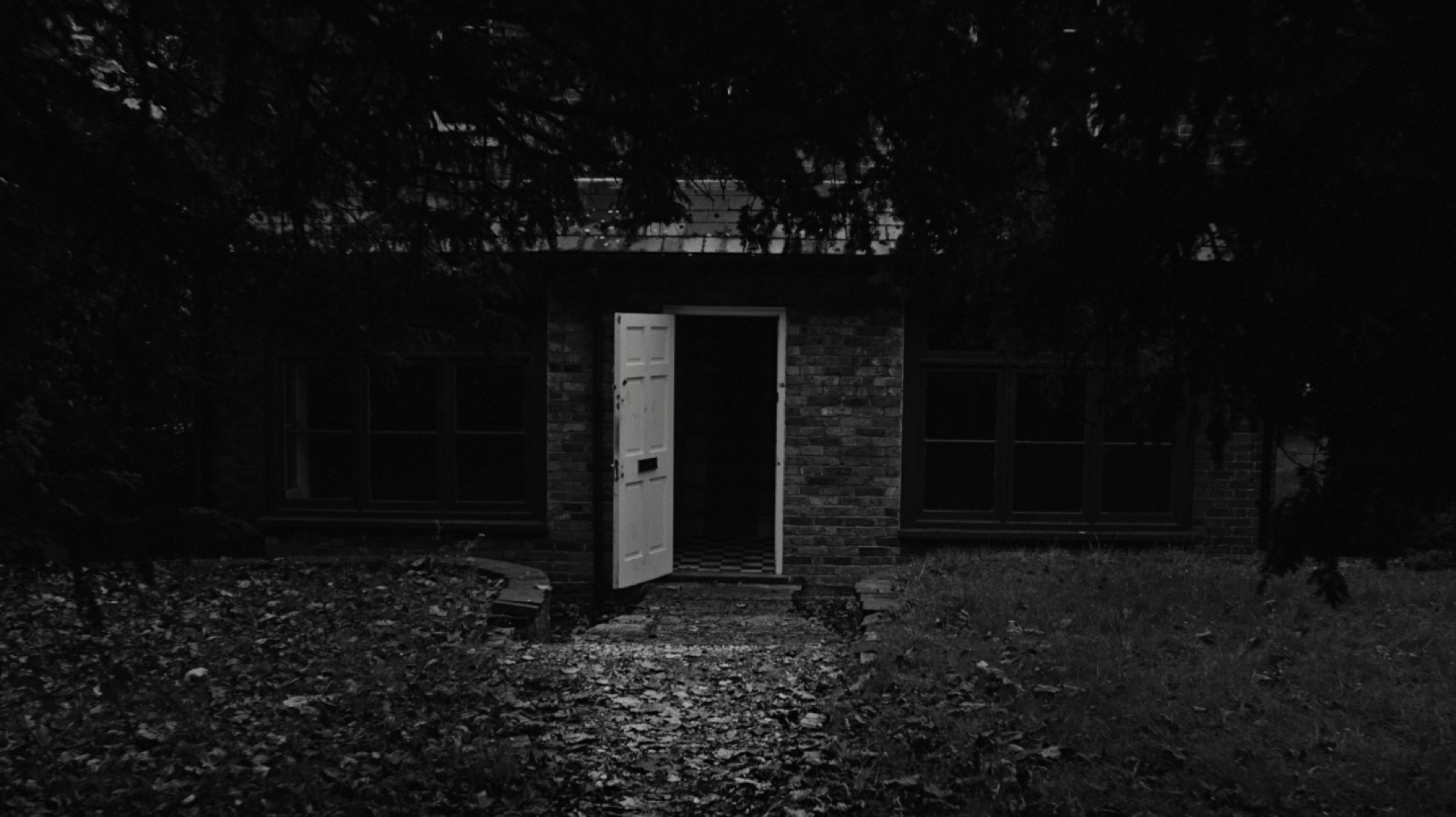 I instinctively knew that something deeply unsettling was on the other side of the door and yet I’ve always been drawn to it.

From the first time I had the nightmare, I instinctively knew that something deeply unsettling was on the other side of the door and yet I’ve always been drawn to it and always open it to reveal what’s inside. Taking elements of that and combining them with the sense that the song gives me of a presence or soul being trapped in the texture of it really resonated with me.

What will we get to see from you next?

The band have asked me about another film for a new track, so something might happen with that. I’ve been working with a co-writer on a feature script for the last couple of years which is finally being read by other people now, so hopefully it’ll be well received. Whether or not we see that next is another question altogether of course!!