Tapping into the milue of a neon lit motel room striptease, French Director Clément Oberto (who we last featured with One Step) combines creative forces with “New Romantics going to L.A.” outfit FADED AWAY and actor Roxane Mesquida, for new music video Nite Bites. DN invited Clément to tell us more about this alluring, voyeuristic dive into late night seduction.

I had written a treatment before, with neon light, motel, water, reflections; and a strange voyeur mise-en-scène that shifts all along the video. Knowing that Mr Flash was a big fan of Wild at Heart and that Nic Nicola and he were going in the same direction with their EP, I proposed that we shoot a music video. That’s how things started… Then Flash flew to Los Angeles for a month. We booked a cool Motel in Palm Springs and I started to put a team together.

I reached out to Roxane Mesquida, who I knew was pregnant. We had talked before about acting pregnant and being able to show the video to your kid and I hoped that a project would come for us to work on. It did. And I hoped that she would accept. She did. And she was awesome all along. 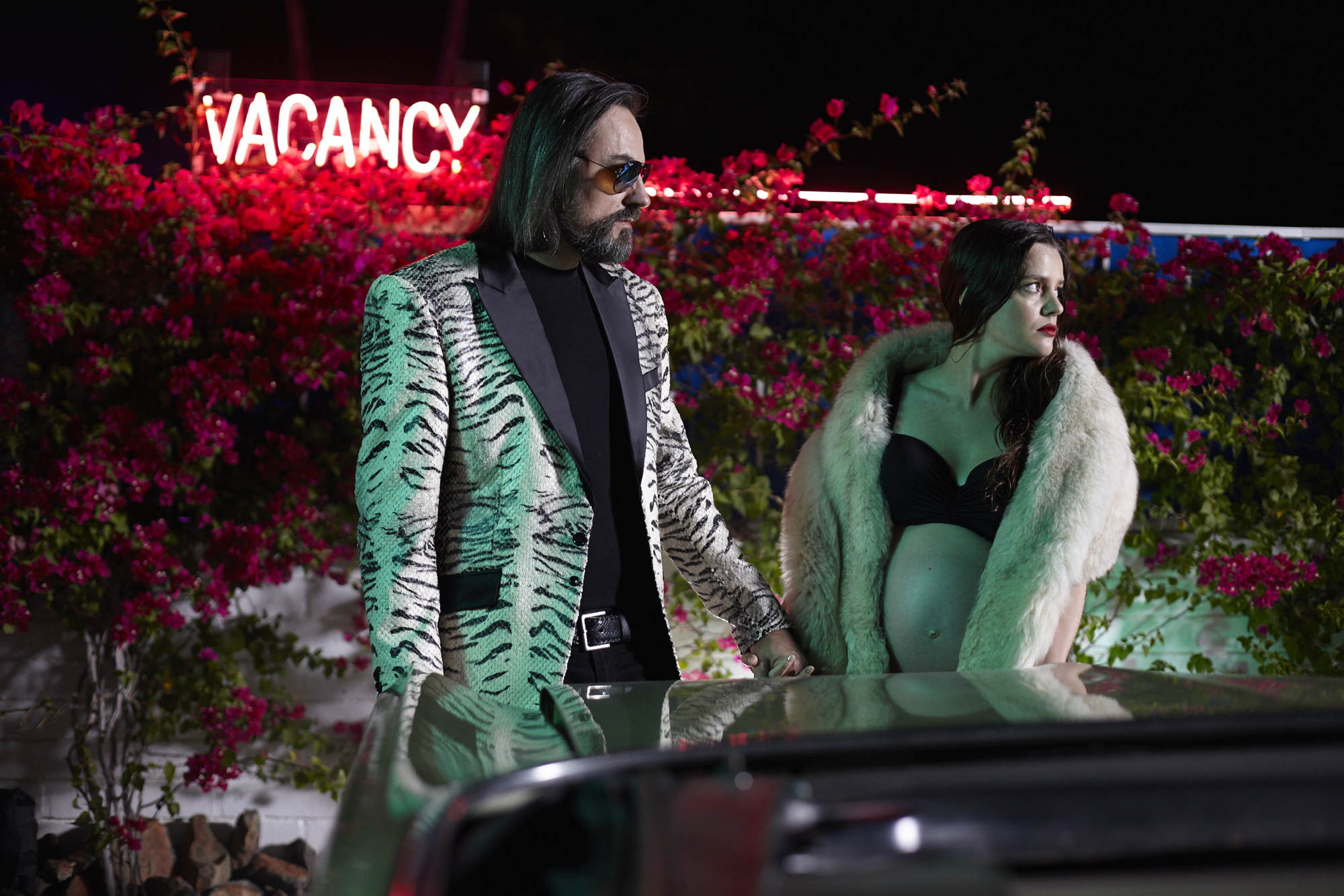 We had talked before about acting pregnant and being able to show the video to your kid.

The budget was incredibly tight so I had to ask for a lot of favors. Like A LOT. Joshua R Turner (our DP) made my wishes come true – Massive thanks to him and to the whole staff – Becky Sapp, Laura Brody, Jason Amos, Stevie Murrell, Jen Cab, Stephen M Lucas, Thibaut Petillon… and Roch Armando who made really cool BTS. We used an Alexa Mini with a dolly, a crane, and 3D head for the last shot and the one above the pool. The rest is Steadicam or camera on the shoulder. I did all the post, except for color grading.

I think pretty much everyone has burst his/her ass for this to come true. Working all night for the pleasure of doing something cool. Overall this became possible because of people being passionate about what they do… I am passionate about making films and I think we made the video work with the music. At least everyone here is happy with the result… now let’s see how the video will do.