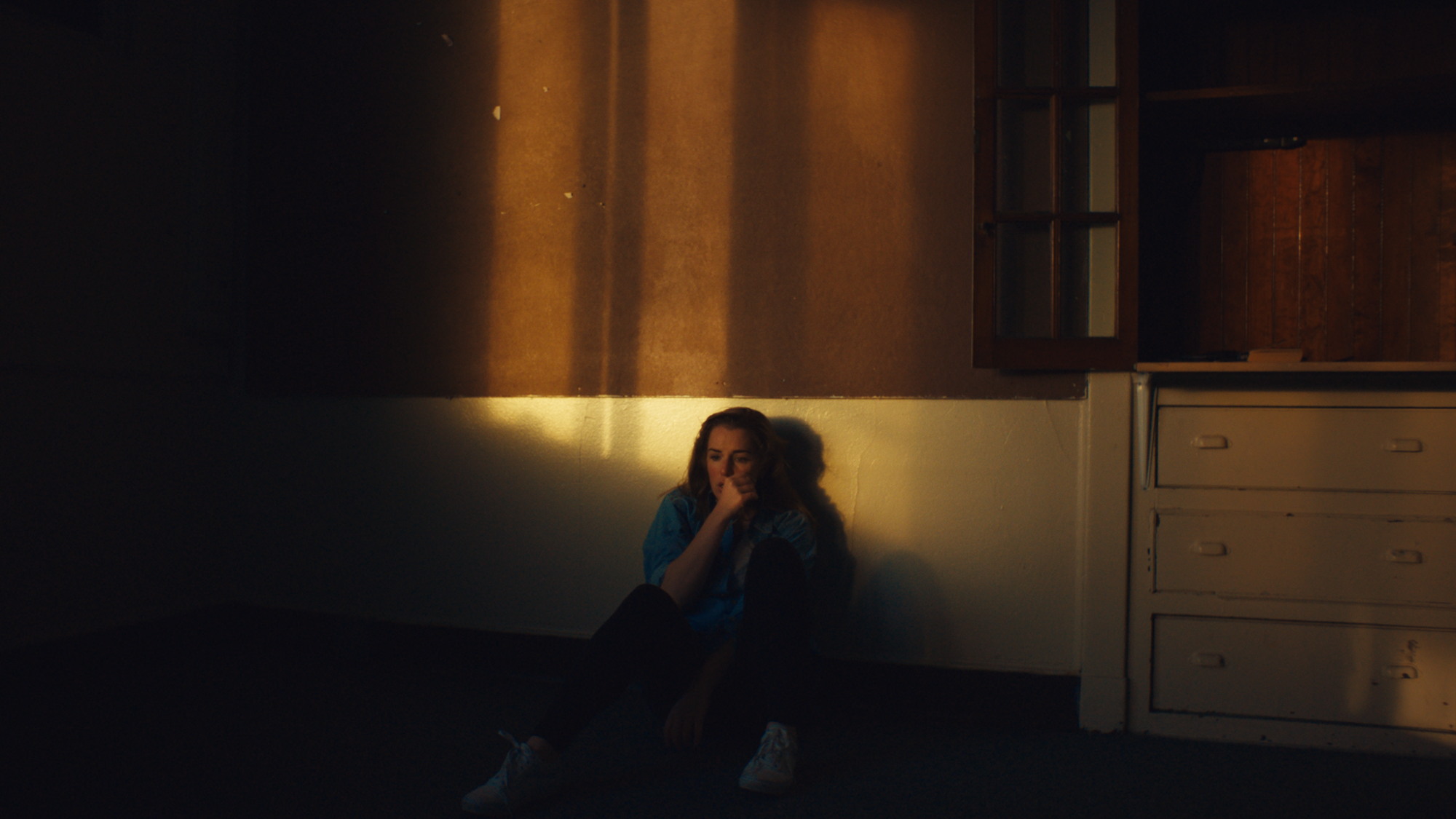 It’s been almost a year to the day since Parker Hill joined us with experimental, frozen in time short Living Rooms. Today she once again explores the dichotomy between the present and the past in fashion dance short Love, Otisville, which also features the retro inspired chillwear of Stay Cool NYC. Very much taken with Parker’s meditation on the intangible quality of nostalgia, I invited her to tell us more about the lure of abandoned places, representing time through film formats and the importance of reflective moments.

What was the inspiration behind this nostalgic return to the past?

The story behind the story is that I came across this incredible location of Otisville Elementary, in upstate New York, and I fell in love with the rays of sunlight in the halls, and the amalgam of familiar details we’ve all passed through. From the tiny pink and blue bathrooms, to the texture of the carpet, it felt in some way like we all went to Otisville. In my work, I’m drawn to juxtaposing young people with old and decaying buildings. There’s something really natural about it to me. I think it has to do with the bittersweet nature of nostalgia, and longing for moments that are undoubtedly from a past we can’t return to.

In my work, I’m drawn to juxtaposing young people with old and decaying buildings.

That’s where Stay Cool NYC comes in! Stay Cool is all about our memory of growing up, especially in the 90s. This film celebrates those days with a vibrant and youthful energy, but doesn’t let you forget that they’re over.

Did Stay Cool set out a guiding brief for the project?

There wasn’t a creative brief for this one. I actually pitched the idea to Stay Cool NYC. I found the location and became incredibly inspired. I did a scout there and shot some photos, then put together a pitch deck with that. I reached out to Stay Cool because they had the vibe I was going for in terms of 90s nostalgia and an older but playful vibe. 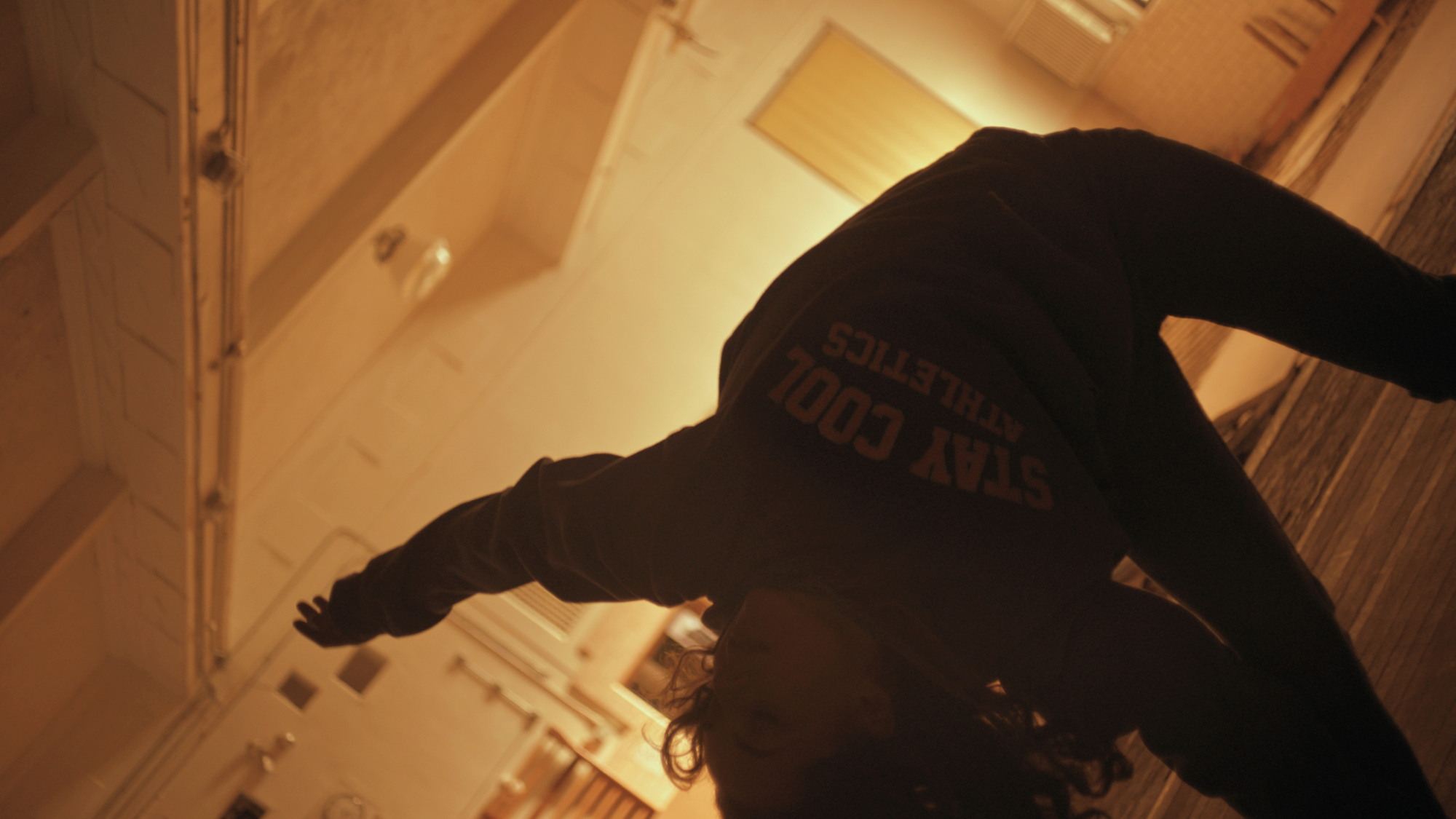 Were there particular considerations with regards to the abandoned performance space which informed the choreograph you developed with Amy Gardner?

Working with Amy was such a pleasure. She was an amazing asset to have on set. We knew we wanted every room and each dancer to feel distinct in their movement and emotion, so we played a different reference track for them when we were shooting. Amy knew Morgan and Rakeem’s strengths, having worked with them before, so right away she was able to work with them to have their own individual vibe come across.

Likewise, how did you and Cinematographer Luca Del Puppo devise the camera styles for the film, especially given the two distinct moods of past and present?

Luca is a long time collaborator of mine, and we often develop ideas together. He was there on the very first scout when we came up with the story. We knew we wanted to bring this abandoned building to life, not just with the youthful energy of the friends but with light and camera movement. We decided Super 8mm was a fun way to show that some of these laughs were about memories, it was also an attempt to show the building in the medium it could have been photographed decades ago.

We knew we wanted to bring this abandoned building to life, not just with the youthful energy of the friends but with light and camera movement.

Similar to my previous work with Luca, the location is almost just as interesting to us as the people in it, so we wanted to show details of the building and its decaying state largely on Super 8mm. We also discussed intercutting these fun and lively dance sequences with quiet moments in the space. We wanted it to feel like some of these rooms are the nooks and crannies that the friends might have sought out as kids. The piece was of course meant to have energetic moments, but I wanted softer and more reflective ones to match the current decaying state of the school.

Where did you find the aptly titled Halcyon Daze and what about the track (aside from the title of course) embodied the tone you wanted to convey in Love, Otisville?

Finding Halcyon Daze was a dream! I was watching a lot of dance films, and I came across the track in another fashion film actually. It was the perfect combination of retro/80s inspired with a fun and lively modern sound. It had quieter and slower moments amidst the high energy ones. This song matched what we were going for both with the dancing and with the tone!

Do you have any new projects on the horizon we should be excited about?

I’m wrapping up a short documentary on the photographer and actor jason Lee. The film will be going online in early April. Here is the trailer: