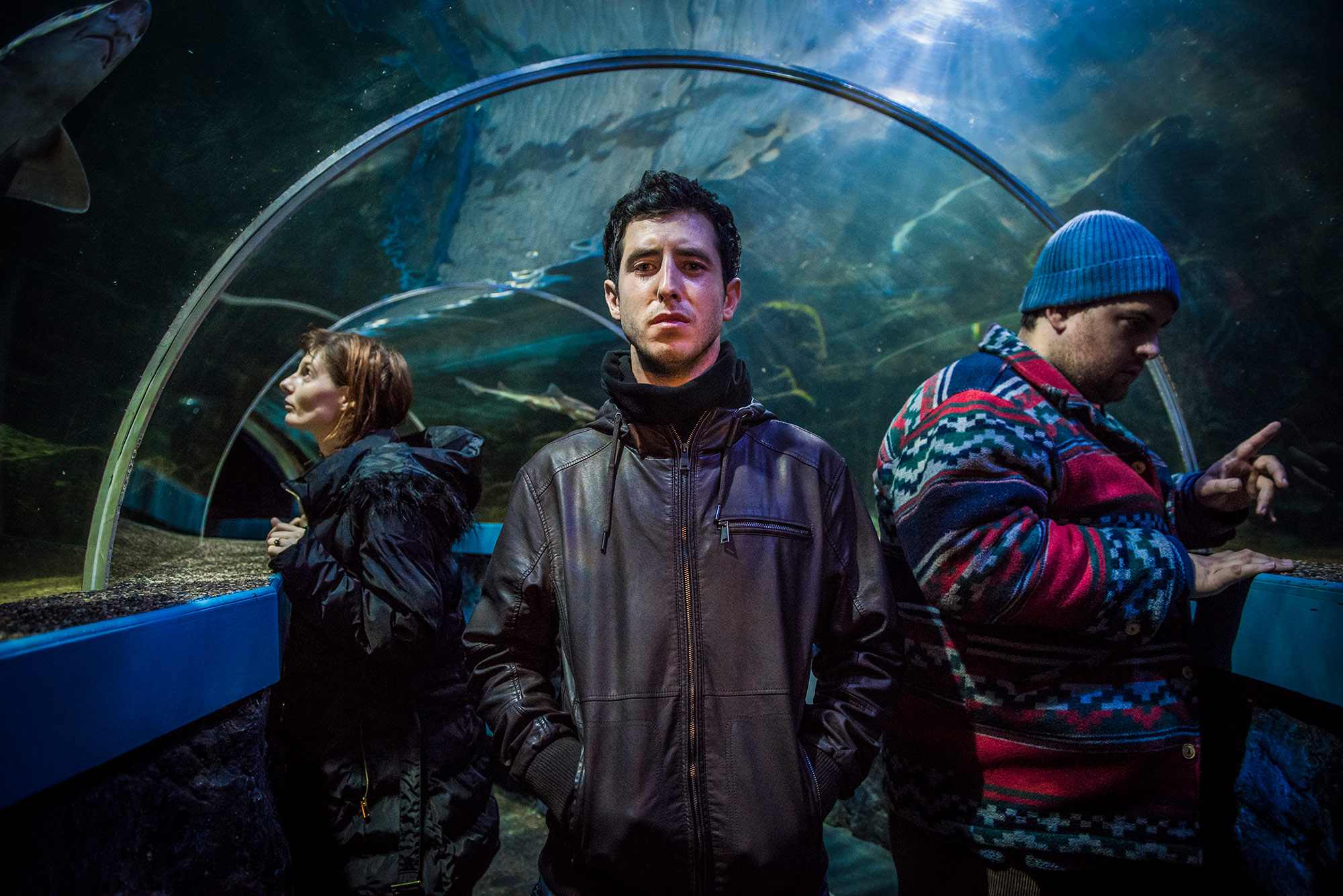 Delving into the underbelly of a seaside town long past its glory days, David Schofield’s short Remora follows a reluctance low level enforcer as he wrestles with the gap between the man he’s becoming and memories of a more innocent, happier past. We asked David to take us behind the scenes of this tough story of hard lives and hard decisions.

What made you and co-writer Alan Sieglow want to explore this dark seaside story?

The story came first, then we found the setting. Having grown up visiting Northwest Seaside resorts like Rhyl, Blackpool and Morecambe it’s very sad to see that they have declined so much. As well as the obvious tourist decline due to cheaper holidays abroad, a lot of these towns have been used as dumping grounds for people who have sadly fallen through the cracks in society. This has led to many coastal towns having real problems with gangs and drug addiction. To the young people of such towns it can often seem like there aren’t many opportunities available to them and they can fall into bad crowds. So a seaside town felt like the right setting for our story.

It feels that the final act of the film will only provide a temporary respite for all involved, were you at all conflicted about not providing your characters with a ‘happier’ way out of their situation?

There were of course many conversations about the final act and what we wanted to leave the audience with. I always felt a ‘happier’ ending cheapened the situation the lead character Leighton had gotten himself into. With any serous narrative film, but shorts in particular, I believe in leaving the viewer with something to think about after the credits have finished rolling. I was much more interested in resolving Leighton’s emotional arc in accepting he needed and loved his brother and had come to see Cheryl as the representation of a motherly figure he wanted to protect, as opposed to tying up all the extraneous plot ends.

I believe in leaving the viewer with something to think about after the credits have finished rolling.

How did Cass’ aquatic obsession and its use as a calming break from the dramatic tensions of the film develop?

We wanted Cass to be the polar opposite of Leighton in all ways. He represents innocence and nostalgia. We needed a device for Cass to express his willingness to accept and embrace beauty and for him to bring a glimmer of this same character trait in Leighton. Being at a seaside town, one thing they all seem to have is an aquarium. I had tropical fish as a child and even today can’t walk past a store without popping in to enjoy the calming light and hypnotic movement of the coloured fish. It’s incredibly peaceful and melancholic. It felt like the perfect setting to dig out some deeper emotions and nostalgic memories from within the characters.

Remora was made with the assistance of Creative England, how did they become involved and what support did they provide to the film throughout its journey?

We submitted a very different draft of the script to Creative England’s emerging talent scheme. They worked with us to develop the script over the next twelve months and then kindly funded the project. Throughout post production they were involved in edit feedback. I enjoyed the process and think we came out with a better film for it.

There’s a shorthand between the brothers which not only grounds their relationship, but acts as a tether to innocence for Leighton. How did you cast your actors and then together build those character relationships?

The casting was extensive and in-depth. We saw lots of people individually then paired them up at additional casting sessions over about a six month period. I wanted to find out which actors clicked and could take the characters beyond the page and make them real. We did loads of improvisation in castings so the actors could get comfortable with each other.

Once cast, we held a rehearsal session to go through everything and I did individual sit down chats with every cast member to discuss their characters at length. By the time we got to the shoot the characters were fully formed and it was just about the fine tuning between takes. It helped that we housed the whole cast together on a caravan site away from the crew. So over the week long shoot they all formed natural bonds and friendships. I think we gave them time to develop trust with each other and not be afraid to try things. The cast more or less went full method for the week and some of the stuff off camera was hilarious..apart from Eric who was terrifying. Just kidding, love you Luke!

The cast more or less went full method for the week and some of the stuff off camera was hilarious.

Could you tells us about the decision to employ a hand held aesthetic for Remora?

I love the films of French director Jacque Audiard. They are full of energy and life. His camera movement is restless and effecting. I wanted Remora to have energy and pace from the start and descend into a darker slower more settled brooding style as the true horror of Leighton’s predicament becomes all to clear. Everything camera wise was dictated by the emotion of the scene. Of course there were some compromises given time and budget concerns and in an ideal world some scenes would have been more dolly and track as opposed to hand held, but I feel like the visual language, though subtle, is very strong throughout.

What was your equipment set up?

We hired an Alexa classic and a nice set of primes then a lot of big lighting we couldn’t use as much as we would have liked due to hurricane force winds preventing us setting up lights outside to light through the windows. I like to give the actors freedom to use as much of the set as possible so smaller lighting set ups can be a problem. However we had an amazing DOP in Adrian Peckitt who came up with some genius solutions involving lots of practical in camera lighting and pushing the camera’s sensor capabilities to the edge. I love a bit of grain in my images so I was happy to embrace that look. To me it looks very close to hard super 35mm film.

William Morris provides a suitably haunting score for the film, how did he come to the project?

Will and I have worked on several projects in the commercial world and I have always found him to be immensely talented. With Remora he was able to really demonstrate his skills. He worked with the Disdbury Quartet to record the score.

Were their particular musical references the two of you shared to arrive at the correct emotional tone for the film?

When I write the early ideas and script draft I will always listen to tracks that fit with the mood of what I want the scene to be. So by the time we are scoring the film I have an archive of references and tones I can easily share with the composer. In particular I was listening to the soundtrack from The Beat My Heart Skipped by Alexandre Desplat and various tracks from John Hopkins Late Night Tales on Spotify.

I am in the process of developing my first feature but may dip my toes into some really short simple shorts just to keep my drama directing sharp.