Exploring the conflicts between self-identity and the expectations of tradition, surreal short Mother Corn (nahiin ‘nuu) sees an orphaned Triqui Indian girl clash with her caretaker grandmother as she wrestles with foreboding spiritual visions and the loss of her mother. DN invited Director Guillermo Lecuona and Writer Tera Hollingsworth to tell us how they navigated the challenges of eleventh hour casting drop outs and on location practical creature effects for this fantastical story about discovering where you truly belong.

(A heads up, there are some NSFW images in here.)

After reading an article about the plight of people who speak Triqui yet work in places where they are expected to speak Spanish, we became interested in the fascinating world of these characters. We wanted to make something that centered around characters whose voices are rarely seen, and the female driven plot of a girl and her grandmother struck inspiration and never let go. We got to know real women in the region who were married by 13, and the lives they lead. The whole push-pull of old culture and new culture was a strong aspect of Puerto Vallarta, and that coupled itself perfectly as a symbol of the conflict in the women’s relationship. Ultimately, it’s a story about what it means to be a woman in a rough, changing cultural landscape and the need to appreciate love no matter how imperfect that love seems. 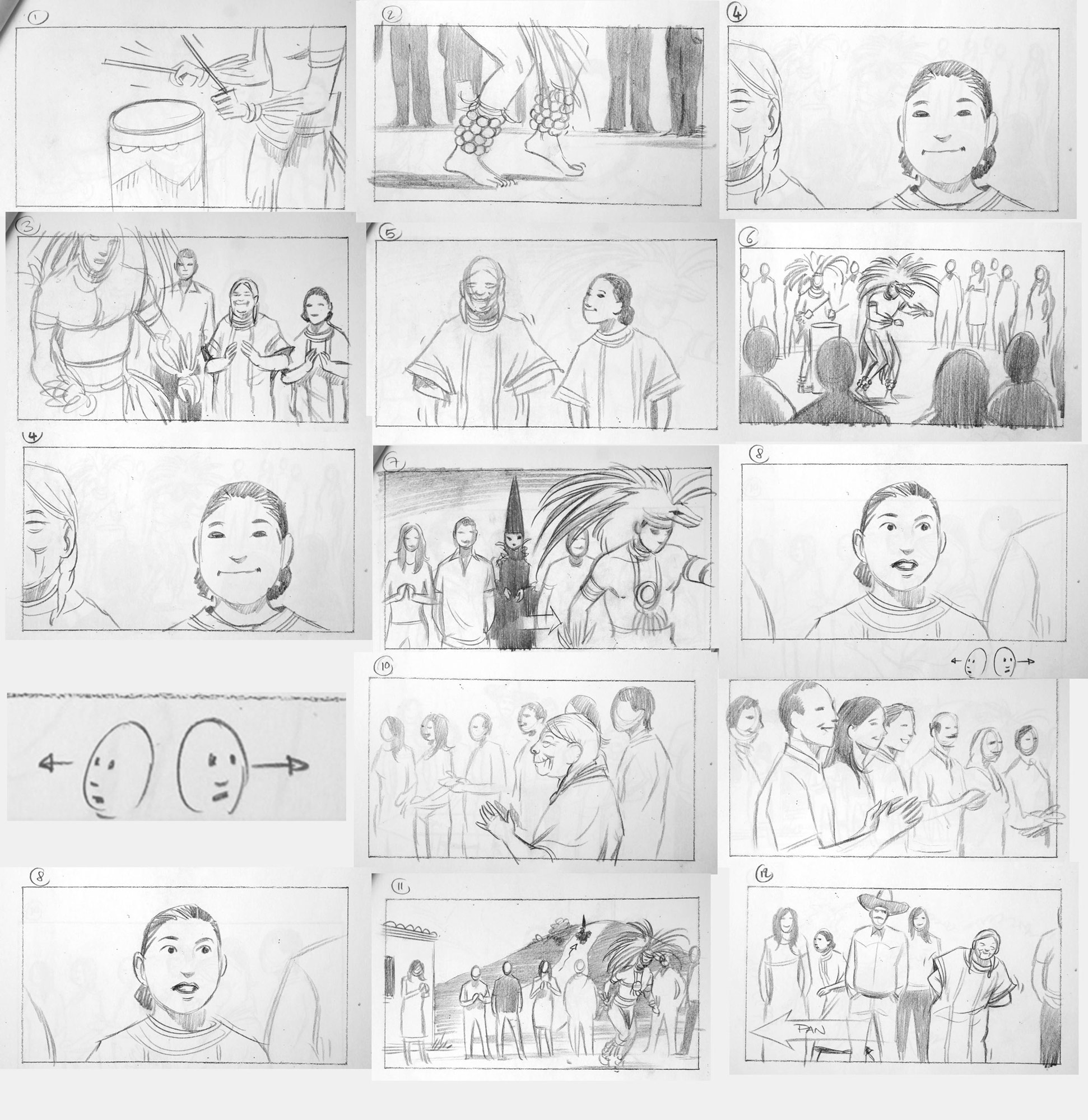 Casting was extremely hard. We couldn’t find actors that looked like real people anywhere. We decided to hire the casting company that did Mel Gibson’s Apocalypto, and through them we found Mariana Santiago. We finally saw a light at the end of the tunnel. We took several trips to for preproduction and we were able to locate a lady who was not an actor, but looked the part of the grandmother. When we went back to begin production she was nowhere to be found! In desperation we walked the markets looking for someone, anyone who could fit the character and finally ran into Maria Concepcion Bautista Diaz. Not only did she looked the part – she burst into tears to show that she could cry on command! One drawback – she didn’t speak Spanish or English. Only Triqui, a native tongue from Oaxaca. Luckily her daughter served as translator every step of the way.

We wanted to make something that centered around characters whose voices are rarely seen.

Production was also very challenging. Since we had to shoot in Puerto Vallarta, we flew our cast and crew in from all over the place. Mariana (Petrona) and her mother from Mexico City. Tera and I flew in from Los Angeles. Sinbad our Producer and Jack of all trades also from Los Angeles and Spence Palermo (sound) from Portland. It got very pricey very quickly. Hotels, meals, transportation – everything came out of our pockets. It’s as if we chose every element possible that made a production difficult. We even had to fly in c-stands because there were no local equipment rental companies!

We shot with the Canon 5DmII. At the time, that was the only DSLR on the market that could shoot footage that could be keyed off a greenscreen. The small form factor definitely helped our production stay low-key and avoid hassles. A few times our Producer Sinbad had to fight drunks that kept trying to walk into the frame. All the visual effects were done in After Effects, except for some day-for-night comps that Kevin Prendiville finished in Flame. The character was the most important visual element of the film, and we really wanted it to feel real and part of the environment. We knew we didn’t want it to be CG, so we had it built as a practical element by Scott Radke and Tera’s mouth and Sinbad’s eyes were composited onto it. The camera movement was recorded in multiple ‘low budget’ motion control passes to paint out all the tools used to mover the character’s arms and head.

All in all, it took about 3 years to complete, and we were lucky enough to screen at the Slamdance FIlm Festival.