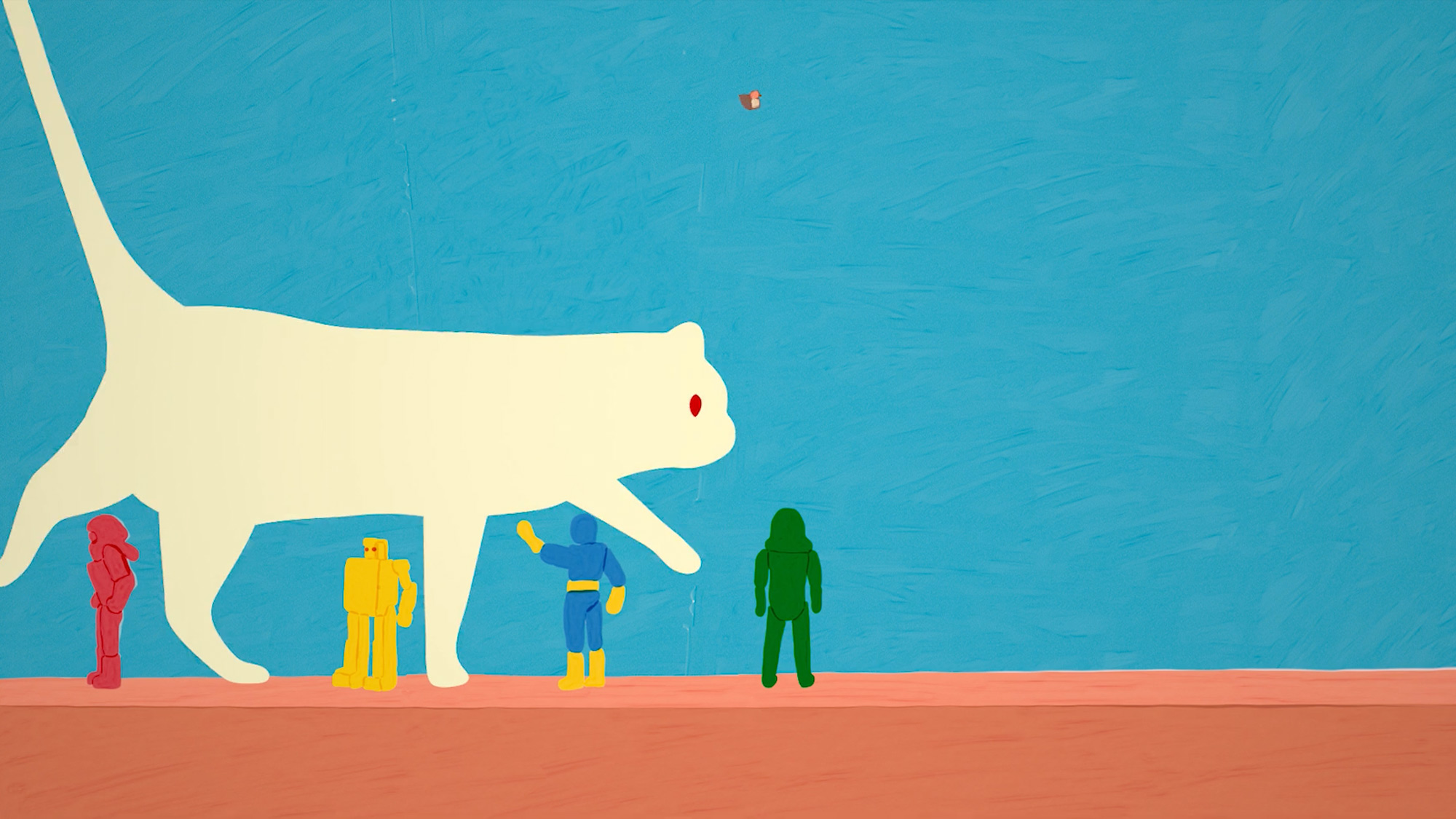 Conceived during a trip to Japan, Jon Frickey’s charming animated short Cat Days sees a little boy’s trip to the doctor shake his sense of identity to the core. DN caught up with the German-American Director to discuss cultural appropriation, language barriers and wrestling with complicated storyboards.

How did a German-based animator come to tell this gentle, Japan-set story of transmutation and identity?

I had the idea for the film when I was staying in Kyoto for a few months. So, as the story developed in my head, it was always set in Japan. Back in Germany, when I started with the production, I was indeed hesitant to make a Japanese film. There is always the feeling of cultural appropriation, right? In the end, I decided, there was probably a reason to why I thought of this story in this way in Kyoto. And in terms of the atmosphere, I kind of fell in love with how the film felt, and I did not want to trade that with a more Western mood.

Was creating a child-friendly film an important motivator for this project?

I never thought about it, as I was working on the film. I think if you just take your characters seriously, even if they are children, then you pretty much have a children’s film.

How did you navigate the challenge of working with voice actors who were speaking a language you didn’t understand?

Even as I was half-way finished, I did not know how I was going to solve the language problem… This is where Takashi Horiguchi comes in. He is an artist from Kyoto and a friend of mine. He agreed to translate my script and come to Hamburg to serve as a formidable voice director with the Japanese voice talents. Three of them are between 8 and 10 years old and do not speak any German. We held their auditions at the Japanese School of Hamburg. It was probably the nicest experience in the making of the film. Without Takashi, we would have a film set in Japan, with everyone speaking English.

I was indeed hesitant to make a Japanese film. There is always the feeling of cultural appropriation, right?

Cat Days’ feels like a slight departure from your previous illustration and film work. What inspired the film’s clean and colourful visual style?

When I had the idea, I had a feeling about the film’s style, and how the tonality had to be for the narration to work best. So, there was no way around a very reduced and clear look, with pleasant colors, to compensate for a story that is ambiguous at times. It was very important to leave away unnecessary sentences. You know, almost Haiku style. 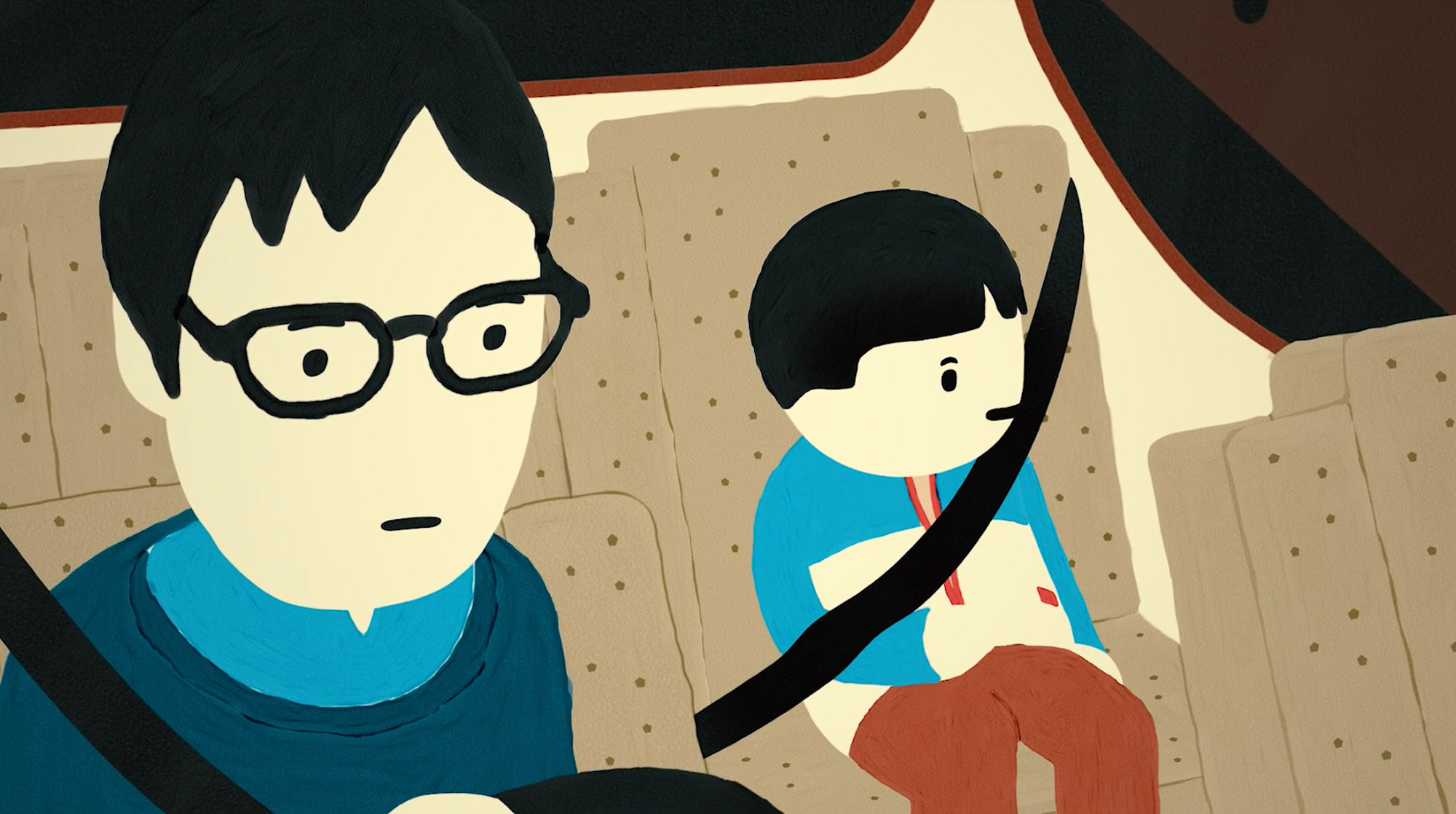 Could you tell us more about the processes and tools you used to animate Cat Days?

I actually started out by animating one of the first scenes. The cat on the balcony! When I added the song by the Kyoto-based band Gofish, I felt like the film was virtually finished. You can actually watch this part and hear the music in the trailer. Doing the storyboard was the equivalent of solving a mathematical formula. This scene needs to tell this, that scenes needs to do that, and so on.

Within the animation process, I started by drawing some scenes by hand but later switched to Corel Painter and Photoshop. I animated virtually everything in After Effects. In some scenes, I heavily relied on a plugin called Paint that lets you work in a more traditional frame-by-frame style.

Currently, I am doing animation sequences for a documentary on the so-called Chaos Computer Club, a legal German hacker organization, that was formed in the early 1980s. And I’ve got a project in the back of my head, that will get jinxed if I say any more.