The second installment of Marc Guardiola’s philosophical and poetic documentary series Once Upon an Artist, A little flame in the middle of a terrible fire spotlights the askew sensibilities of Writer David Pascual (AKA Mr Perfumme), who divulges the methods and tricks he used when writing his latest novel. DN invited Marc to share how his interactions with Mr Perfumme during production inspired his creative approach to the film.

I met David Pascual at a concert because he is also a musician as well as a writer. Around that time he was playing in a Valencian neo punk band that was quite successful. Soon he formed another band with his artist name, Mr Perfumme. His lyrics were always melodramatic and provocative at the same time as well as very aesthetic.

His style, almost always frantic and insane, reminds me of Palahniuk in one moment and McCarthy in the next. He can move from a western to science fiction but even so, the characters still remind you of someone you might know. But, above all, the dialogue is for me his most powerful weapon: fresh, funny, even cruel many times. A Little Flame especially captivated me when he shared his draft with me. It was at that moment, after having released my first episode of Once Upon an Artist, that I proposed he star in the second one. He still had corrections to be made to the book, so he invited me to follow him for a couple of days while finishing the work at his place.

The interview was one of the funniest and most rewarding experiences I’ve had. Mr Perfumme always has an answer for everything, realistic or surreal. But he is not a made up character, he is actually like that. My questions were clear and very normal, “What does it mean for you to write, how do you get inspiration, what do you do when you have no ideas”, etc. but his answers really triggered my imagination and helped to build visual metaphors very quickly.

As Once Upon an Artist is a personal project, the budget is 0 euros. So we had to get it done with minimum human and technical resources. The team was reduced to Pepe Ábalos doing the sound recording and myself behind the camera. Three people including Mr Perfumme, both in the interview and in the work sessions at home.

When you have little money, because you can not count on a large team, the project’s execution time is very long. In this case it has taken more than a year to record and edit all the content, taking into account that all those people involved have a lot of work and little free time. In this case the whole team is Pepe, Paul Candau handling the sound design and the soundtrack, and myself. Pepe and Paul are so talented and hardworking that from the first minute I knew that the result was going to be top notch. I have to greatly appreciate the help of Alba Casanova for all the costume work she did in the sequence of the morphing characters.

Mr Perfumme works very well alone, as an invisible being who watches what surrounds him and is very interested in people in general. That’s why I decided to portray him completely alone in an urban buzzing environment, but isolating him, as if only he was able to see those little stories on the street. To achieve this effect of loneliness I had to come up with visual effects, in most cases.

Everything was recorded in the city of Valencia (Spain), where Mr Perfumme resides and in its surroundings. The equipment I used was my Sony FS700 camera with Zeiss lenses and an Odyssey 7Q+ as an external recorder to collect RAW footage.

The choice of going black and white was very easy. The publishing world is almost always black and white and it became very obvious to me when I saw the ink on the paper, especially when filming him while he was writing. In addition, the timeless and oneiric spirit of black and white fits very well in with the writer and his work. What was really difficult was to make the decision to introduce a shot in full color … I thought about it until the last moment. I was afraid of being too explicit. But that little ‘visual provocation’ fitted in well with the character of Mr Perfumme. It is unexpected, even surreal, to find that shot, full screen and full color.

We had to get it done with minimum human and technical resources.

To record it I used both cameras because I was not sure at all: the Sony and a Canon 5D, with a very high shutter. The idea was to separate the look of this shot with the rest of the piece, to make the visual impact greater. The result: that overall oneiric climate is suddenly broken by this color shot with a sharp and very saturated image. In the end the decision was crystal clear. The use of the aesthetics is accepted by the spirit that underpins this series: To reinterpret what artists tell us in a personal and artistic way. 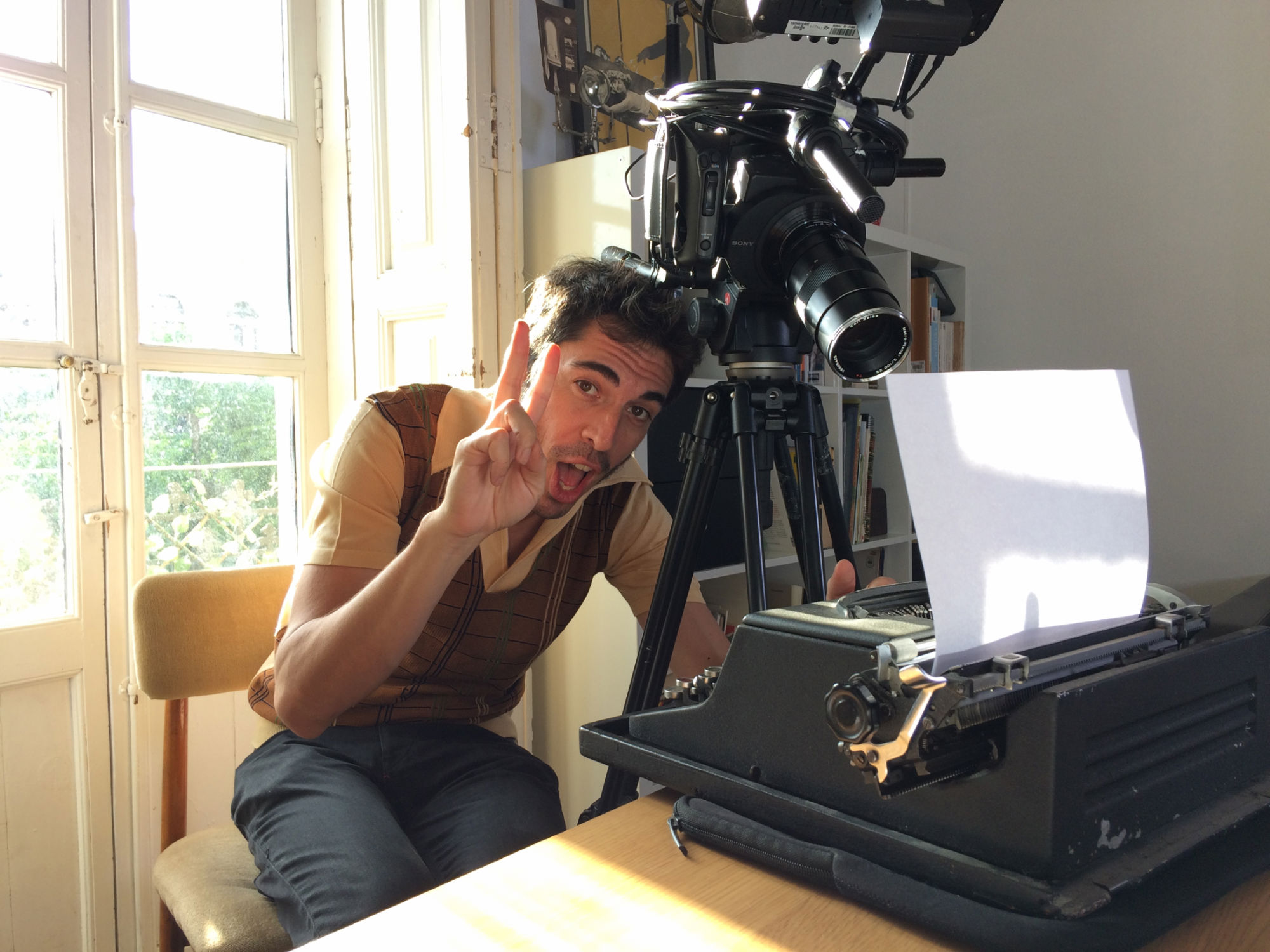 The soundtrack is another character. Paul Candau, as well as a great friend, is a musician who plays with Mr Perfumme and he is also a music producer. My first edit was charged with many references (soundtrack from Baraka, Hans Zimmer, Gustavo Santaolalla) that he has managed to translate perfectly into his own work. The merit is well deserved, taking into account as always the scarce resources we had. In the track where tribal yelling appears, my father helped us. That’s how family-based it has been! Between the three of us, we took takes and takes until we got the crowd effect. The post-production of sound was fundamental to reinforce the visual effects.

I did all the VFX myself in After Effects and Cinema 4D. Almost all the shots have some reinforcement work, although there are some specially crafted ones, such as the lead type sequence in the writer’s head, which required 3D tracking and recreation of the environment to illuminate the 3D objects. 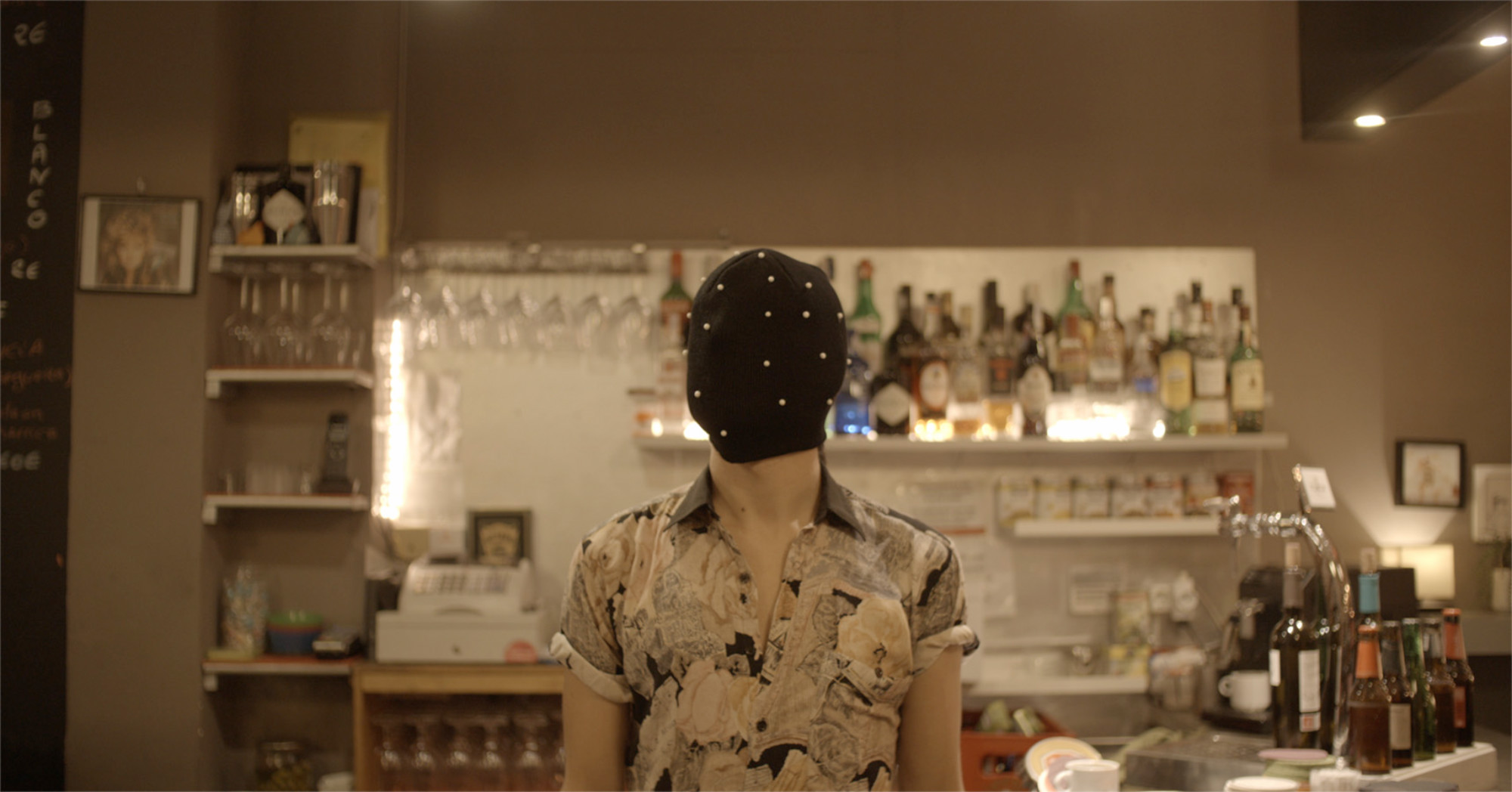 In conclusion, this is the type of project I love to work on. However, for the time being it is a personal project. I need to keep this space, to complement the work I do when I am briefed. I’ve enjoyed this project as much as the first episode. The complete series will add up to 10 protagonists and right now I’m thinking about planning the third episode.

David Pascual, Marc Guardiola, Once Upon an Artist, Series, Spain