In Alicia MacDonald’s satirical short Domestic Policy, a table of aged, upper-class, white men sit in a secret governmental room to discuss policies surrounding women’s rights and despite MacDonald’s knack for a vibrant performances and tongue-in-cheek dialogue this isn’t a premise or film, for that matter, far from the truth at all. I spoke with MacDonald about comedy and tragedy ahead of Domestic Policy’s screening at this year’s The Shortest Nights festival.

My magic Producer Helen Grearson and I came up with the idea together, we were guzzling a pizza at the business end of a Friday evening and voiced a familiar ‘girl guilt’ about said melted cheese and carb intake. This sparked a slightly slurred conversation about where this guilt had come from and how much time and energy women have historically wasted on thinking about their appearance. Maybe it had all started at a conspiratorial underground government meeting that plotted to keep women’s minds preoccupied with a dizzying fog of diets, hair, make-up, etc., allowing men to get on with running the country… maybe. The next morning I wrote a first draft which began as a sketch without the Margaret character, however we soon realised that we needed her to give the film a proper arc and heart.

There’s such a beauty to all the small comedic moments in Domestic Policy, when Lesley Manville’s character knocks over the teacups, for example. Were those moments in the script or were they developed on set? Was there much room for improvisation in general?

That particular teacup crash was scripted. Sadly there wasn’t much time for improvisation as we shot it all in one day and I hadn’t been able to rehearse with all the actors together beforehand. Film London partially funded the film and developed the script so it felt in pretty good shape but still, I’m not precious about my writing and would have loved more time on the day to let those incredible actors play with the words a bit more.

The truth is that in everyday life there’s always comedy in tragedy and vice versa and I want my work to reflect that reality. 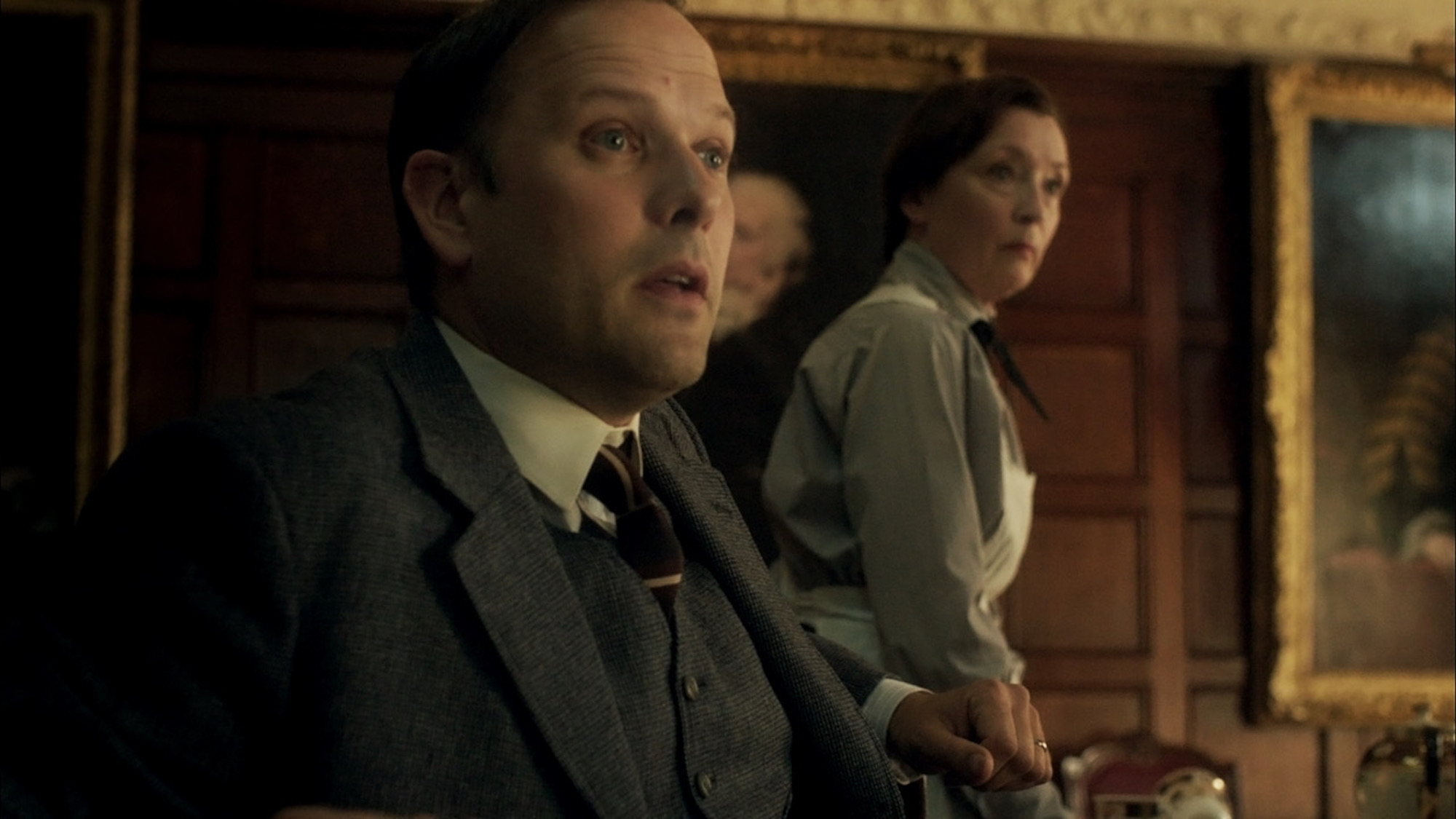 The shorts you’ve made so far have all been comedies? What attracts you to that genre? Do you have any comedic influences? Any particular filmmakers or films?

In a different way to drama, I think you can clandestinely get a point across in comedy because audiences aren’t expecting it. I can’t remember who said it but, “If you can make someone laugh, in that moment you can change their mind.” – I’ve always thought this was fascinating. If the tone of Domestic Policy had been more serious and overtly drama, I don’t think it would have been as well received or made its point – it would’ve felt condescending and sanctimonious. The truth is that in everyday life there’s always comedy in tragedy and vice versa and I want my work to reflect that reality.

I was lucky enough to work for Mike Leigh during the making of Mr Turner and I think his particular brand of social realist comedy is one I really aspire to. Martin McDonagh is another personal fave – he does black comedy and sharp, succinct story telling like no one else. I also really like Will Sharpe’s Flowers with all its bizarre discourses and darkly amusing insights into family life was pitch perfect.

We’re covering Domestic Policy as it plays during The Shortest Nights, how does it feel to be included in this year’s programme? How are you finding the response to Domestic Policy in general?

Responses to the film have been overwhelmingly positive, which has been awesome. It seems to have been unwittingly timely. I’m of course thrilled that it’s been included in The Shortest Night event – it’s such a buzz that anyone thinks it worthy enough to screen to an audience. I’ve had a few people message to ask if the film is based on actual historical events which is just glorious.

Are you working on any new projects or films at the moment?

I’ve just finished shooting the second block of a new 6-part C4 series called Pure – out in the Autumn. It’s a drama with a comedy heart about a girl with a rare form of OCD. It’s my first big TV directing job so it’s been mad exciting.

Domestic Policy screens as part of TheShortest Nights on June 17th. Information on the event & Short Sighted Cinema can be found here.

For more, be sure to check out DN’s full coverage of The Shortest Nights 2018