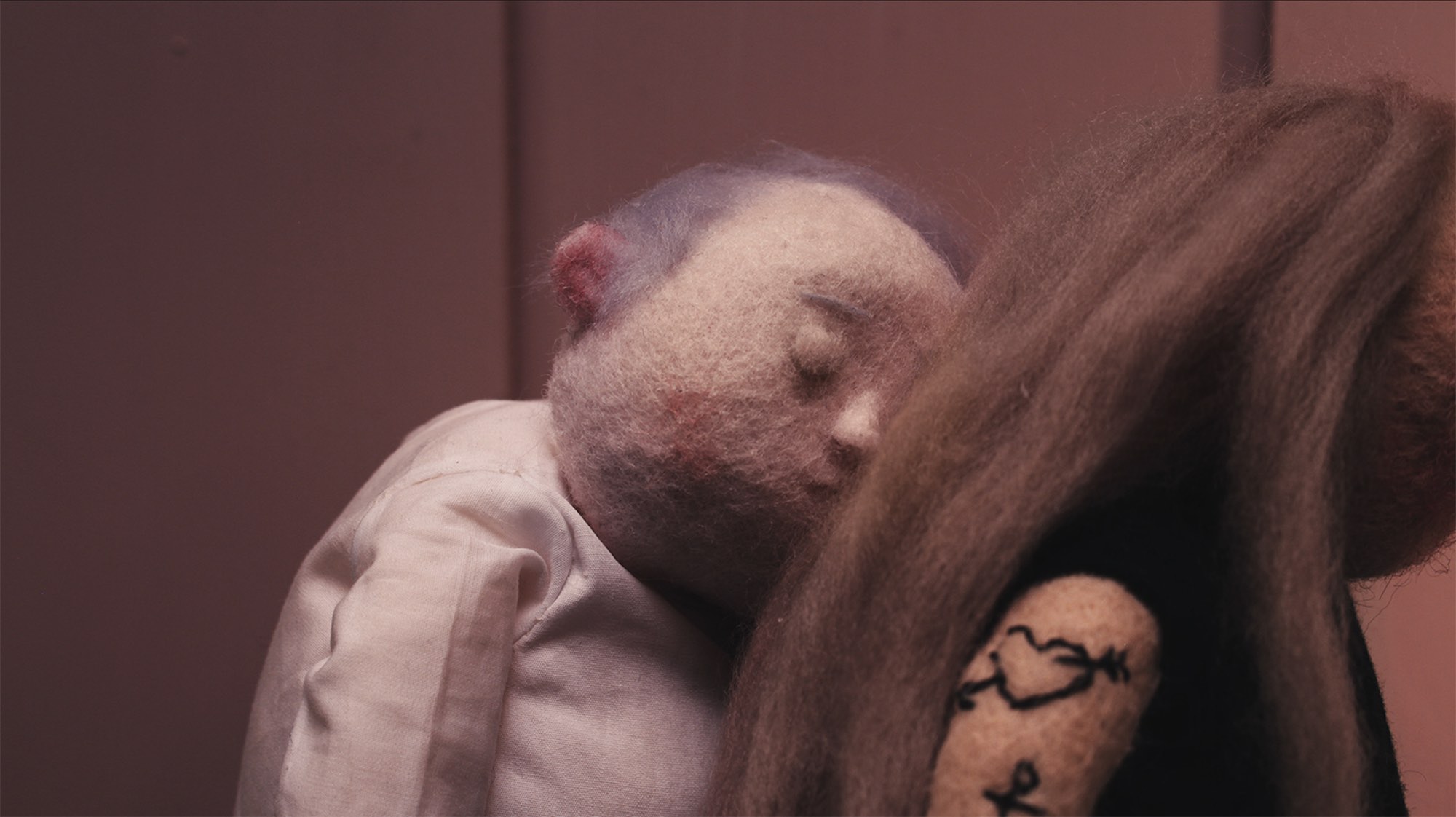 Anna Mantzaris’ Enough comedically chronicles those everyday moments where life just gets a little bit much. Inspired by her move to London and her appreciation of Roy Andersson’s visual style, Enough’s deadpan humour hits all the right cathartic spots all under the umbrella of gloomy everyday London. I spoke with Anna to find out how she created this fantastic short.

How did you come up with the concept for Enough?

Even though it’s a mix of things, in retrospect I think the biggest inspiration was moving to London. I knew I wanted to do something about having enough or someone rebelling but I couldn’t quite find the right story – I just had many small different ideas. At the same time, moving to London that is quite crowded, taking the morning tube I was feeling that it was so stuffed and almost a sort of irritation in the air. There were also many people in suits that looked uncomfortable or unfitting. I started to imagine what these people really wanted to do, if they could act however they wanted. Finally, this came together as an idea of many moments where people have just had enough and do what they want, as a glimpse of emotional anarchy.

I wanted people to think it was funny, but at the same time a little little bit painful.

I think there’s a terrific catharsis to Enough, all the scenarios are so relatable and the deadpan animated style suits it so well, are you hoping that audiences find the film cathartic?

Thank you! Yes, that was my main hope actually, that people feel cathartic and think, “I also wanted to do that”. It’s sort of a release to see someone actually doing it. I wanted people to think it was funny, but at the same time a little little bit painful. I don’t know how painful it ended up though.

Could you talk about working on the visuals of Enough? How did you decide on the aesthetic?

Because of my time limits I knew I had to keep the style fairly simple. I’m happy for that limitation as well, I think that it fits. A more detailed style would have taken away from the story. I like the uncomfortable long and wide shots in Roy Anderson’s films, I think that was one of my inspirations for having just one long shot for almost all of the scenes. I think it helps the style of the film. It also helps with contrasting the stillness with action, like a long anticipation.

I wanted to have quite soft and sympathetic characters, to contrast with the less soft actions. I also liked them to feel a bit awkward and uncomfortable, just as we can feel sometimes in social situations. I also wanted it to feel a bit grey and boring, to enhance the feeling of an everyday life that we sometimes want to break out from.

How do you feel about Enough’s inclusion in this year’s The Shortest Nights programme and how have the responses been to the film so far?

I’m really honoured to be part of The Shortest Nights. I’m in London so I’m planning to visit the event, the programme looks really exciting! It has been really great with Enough. It got into many festivals and has 11 awards so far, so I’m very grateful for that, I didn’t expect that much positive reaction. Many people have got in touch that have seen and enjoyed the film and that’s really encouraging and motivating.

What’s next? Are you working on anything new?

Actually I’m just in the last week of shooting my graduation film at Royal College of Art. It has been some intense months! It’s about a woman being responsible for a hit and run, and some strange and spooky things start to happen… It’s a small thriller about people that are not always the best at making decisions. It’s quite different from Enough. But some things are still a little bit similar I think. Once I finish I will have a few weeks off to recover, and then we’ll see what happens.

Enough is screening at The Shortest Nights in London on June 17th. Information on the event can be found here.

For more, be sure to check out DN’s full coverage of The Shortest Nights 2018