We first looked in on production company Just So back in 2015 when we spoke to Jonny Madderson about his diminutive jockey documentary Five Stone of Lead. Today Jonny returns to DN with co-founding/directing partner in crime Jono Stevens to discuss Boys from the Back of Beyond, their absolutely endearing portrait of the Skibbereen community which raised Olympic winning, sporting siblings Gary & Paul O’Donovan, and to also tease us with the potential return of one of DN’s all time favourite one take music series.

Given how oversaturated the news coverage of the O’Donovan brothers was following their Olympic win, what drew you to want to make a documentary about them?

Right now we live in uncertain times, and so this story of community spirit and togetherness seemed almost nostalgic, from another age… which is absurd! So it felt like an essential film to be making now – because right there in tiny Skibbereen you can see the extraordinary, glorious things that can happen when people work together and care for each other.

With the natural charisma and sense of humour of the boys, and a rich cast of characters who live in the village, we had the ingredients for something special. We set out to make an uplifting comedy that was full of heart and might even make you cry.

How did you put the project and your desires for it into motion?

Our company Just So has a story finding network called Real Story Network. It’s a great resource for filmmakers looking to find true stories for films. It was through this that we unearthed the O’Donovan brothers’ remarkable backstory, and also the story of John McAvoy, the ex-armed robber who turned his life around and is now a world-record holding triathlete. In the current climate of fractured communities they felt like two stories that had to be told. We approached Red Bull with them and through this collaboration, we created a series called The Way of the Wildcard – showing that success can come from the unlikeliest places.

How soon into the project did it become clear that this film would be just as much about the Skibbereen community as it would be about the O’Donovan Brothers themselves?

Right from the start. This was our initial attraction to the story. The boys became a global phenomenon during Rio 2016, but as the dust settled and the circus moved on, it was clear that nobody had really told the inspirational story behind their success. They say it takes a village to raise a child, but it takes an extraordinary community to raise a couple of Olympians. It really did seem like there was some secret sauce going round in Skibbereen… so we jumped on a plane to Cork to go and find out more.

Was it difficult to narrow down who from the community you’d feature in the film?

The first time we went, we made a decision not to take any cameras or recording equipment. We just wanted to meet everyone in the town and hear their stories. There are so many amazing characters in that place, but as we moved around it became clear who the storytellers were. They also had to be in some way conspiratorial to the secrets of Skibb’s success.

How did you define a visual style which would match the subject’s playful and uplifting tone?

There was something magical about that first visit. As we moved around the town, the story felt like a living, breathing folktale. We wanted to bottle this, capture it in the film. So we filmed people where the storytelling was alive – pubs, kitchens, clubhouses.

We also filmed in two stages. The first was purely capturing the interviews. We then edited these and created a shooting script to which we planned the visual storytelling. Because it’s a retrospective story, and most people know the result, we wanted to create a playful narrative that was continually surprising – and like any folktale, we’d embrace story tangents like the world record bra opener!

We shot on Alexa Mini and C300 and also sourced a lot of home movie/iPhone footage. The race scene was a challenge because we didn’t have the rights to the Olympic footage – but in the end, it became a really strong sequence because watching the race play out on the faces of the community gave so much more.

As a long time fan of the Black Cab Sessions it would be remiss of me to not ask about the origins and fate of that series. Was it at all inspired by Vincent Moon’s The Take Away Shows, and can we still look forward to more of them in the future?

Black Cab Sessions was a blessing. It started in 2007, right in the early days of internet video really. We had no idea that it would become this global property. We just felt like music wasn’t being shown online the way we loved it most – up-close, in intimate venues. The one take idea was really a way to strip back the presentation of the performance, so the music was everything. It was also practical – less kit needed and less time editing! Vincent Moon’s work was an inspiration (and actually around that time we became good friends with the team at La Blogotheque) but also the masters like DA Pennebaker, especially Don’t Look Back, and of course Soy Cuba!

Black Cab Sessions as a series just snowballed. Really early on we got an email out of the blue from Brian Wilson’s manager saying they wanted to do a session. The National, The Roots, Jack White, Laura Marling, St Vincent and so many other acts great and small jumped in the cab. I think we did over 250. We also developed the online series into a TV show which BBC Worldwide distributed. Black Cab Sessions USA was a 6 part series, with each 30′ episode taking the cab to discover the musical heartlands of America. It was quite a ride! 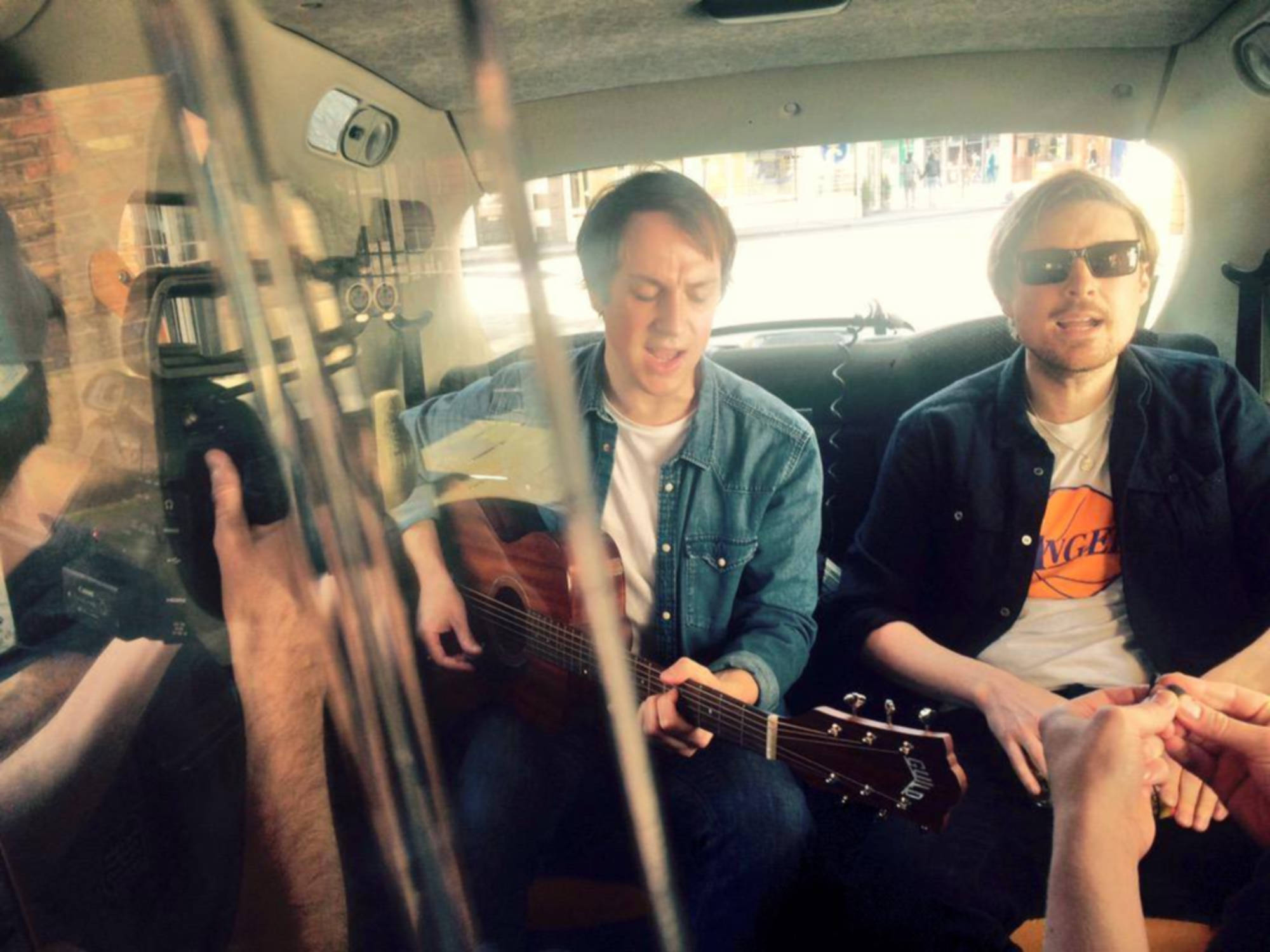 We haven’t done a session for a couple of years – mainly as we all got busy with our own filmmaking and music careers. But we do talk about getting the band back together if it was innovative and offered something new. There is one thing we have been working on, which involves a true great from the series, which could be very, very exciting.

Apart from that cryptic tease, what’s next?

We are working on a very exciting new hybrid documentary series about childhood wonder – it will be out in a couple of months. We are also working with John McAvoy on a series to engage and inspire vulnerable young people in the UK.