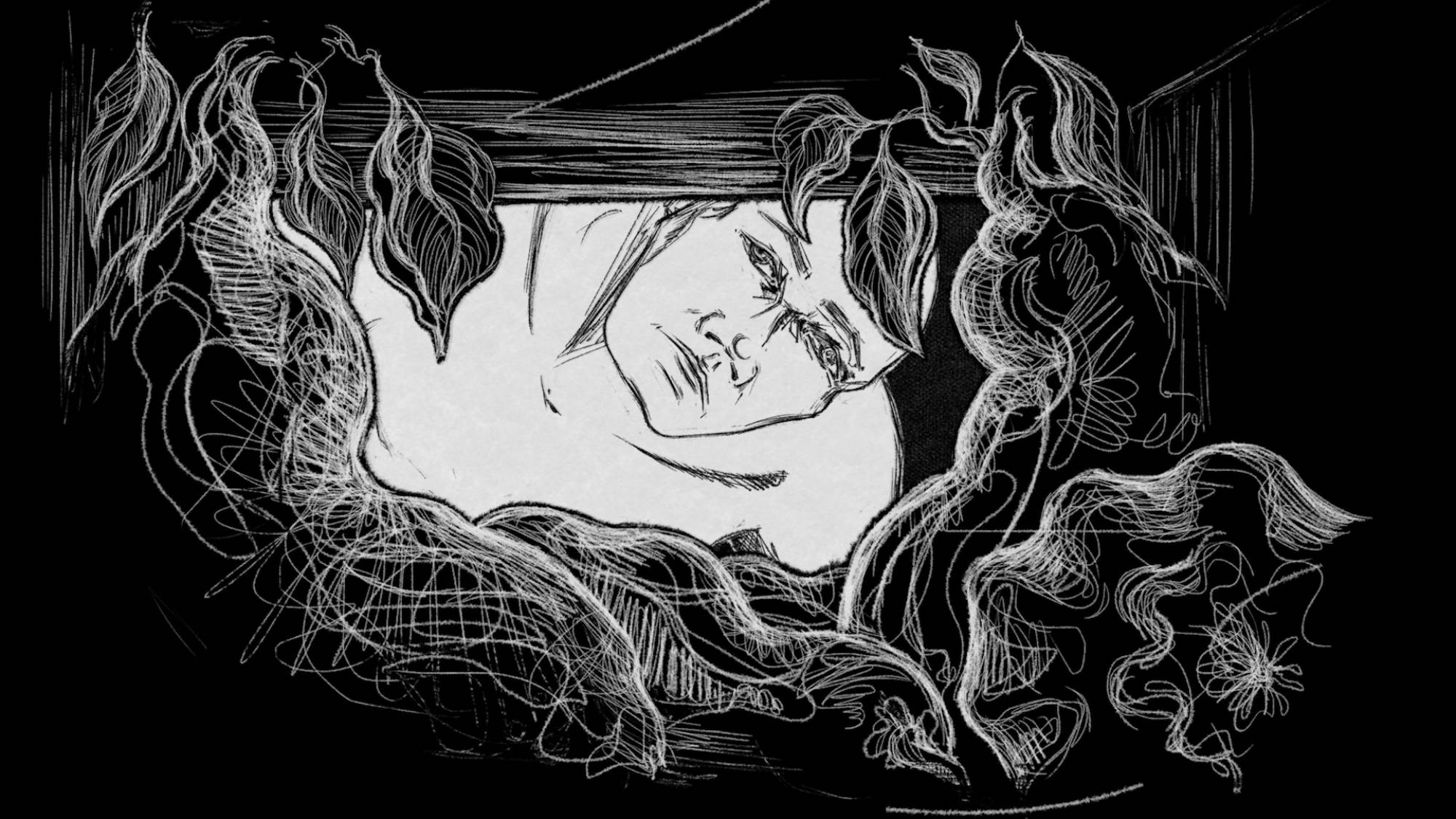 Closing out her first year of study at the Royal College of Art, Polish Animator/Illustrator Natasza Cetner (who took us into the corrupting influence of power earlier this year with Nero) returns to Directors Notes to provide insight into new film Baraa – a moving contemplation on the impact of grief and its powerful ability to distorting our perception of reality.

This is my first year film made at the Royal College of Art in London. The film depicts how grief and loss influence the distortion of the reality around us. The feeling of longing for the idea that never came true and the destructive obsession that may grow around it. The main character experiences claustrophobia and is trying to isolate herself in order not to confront the truth, the outside world and society which would force her to face the emptiness.

My aim was to picture the inside view of the psychosis instead of the outside look at it in order not to make the audience feel sorry for her – aiming more for the attempt to try to understand the overwhelming feeling of anxiety and claustrophobia. For this reason, the space in the film was inspired by the works of M. C. Escher and stylized in the fisheye method.

To make the plot strongly connected with the concept of experience with pregnancy I introduced body related metaphors such as the ceramic pot which is sometimes similar to the image of the pregnant belly. The centipedes’ creepy method of moving reflects the increasing feelings of anxiety as a way of communicating that the main character is aware that the mandrake baby is not real and that the world she has created is fragile and easily disruptive.

The story was vaguely based on the experience of the woman who possibly suffered from stillbirth or who never managed to conceive a child. After reading anonymous journals of the parents who have lost their children at a young age, I noticed that many of them were talking about the fear of confronting other people and the painful reality, so some of them stayed at home for as long as a year to avoid it.

According to the myths, mandrakes have been used in curing infertility for centuries, although there are different stories regarding those creatures. Some talk about their scream while they’re being pulled out of the ground which was able to kill people. Which is why people attached the line to the dogs and let the dogs die because of the mandrake’s noise. Other stories explain that mandrakes were growing under the gallows out of unjustly hanged men’s drippings, which were then used to help women get pregnant. We can see that Guillermo del Toro referenced this legend in Pan’s Labyrinth. 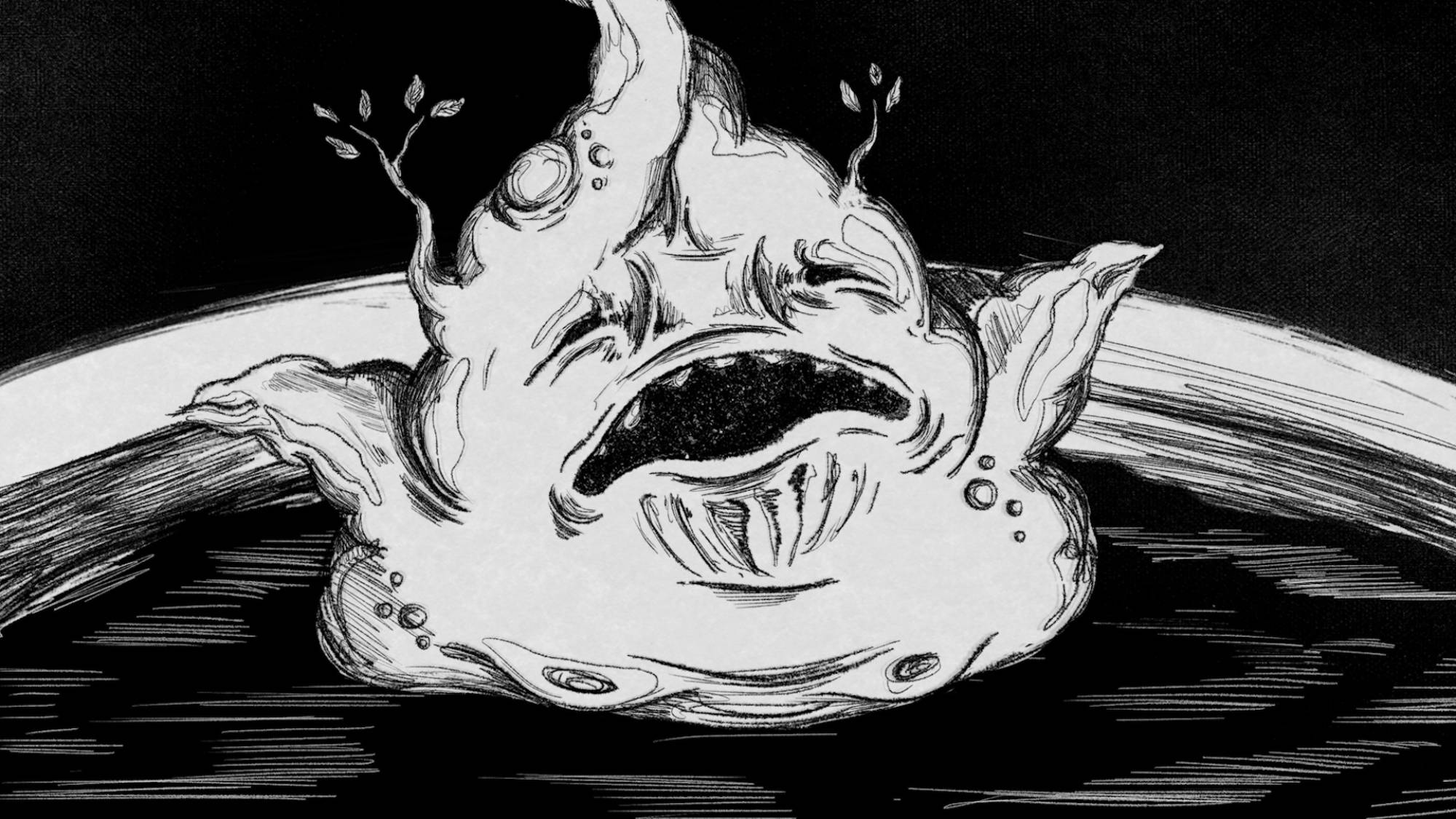 We all should respect other people whose realities are not the same as ours, as they’re real to them.

The soundtrack of the film was composed by me, as I wanted to experiment more with having full control over the sound in my films. In my first term at the Royal College of Art, I took a module called Rhythm Analysis which let us play around with instrument recordings and tempo. The effects of the experiments gave me the courage to go a bit insane with the synthesizer sound for Baraa as it felt like the sound should emphasize the claustrophobic feel of the main character’s mind. The electronic, drone sounds were recorded on a synthesizer connected to music software which was then heavily altered to add reverb and make them more spacious. 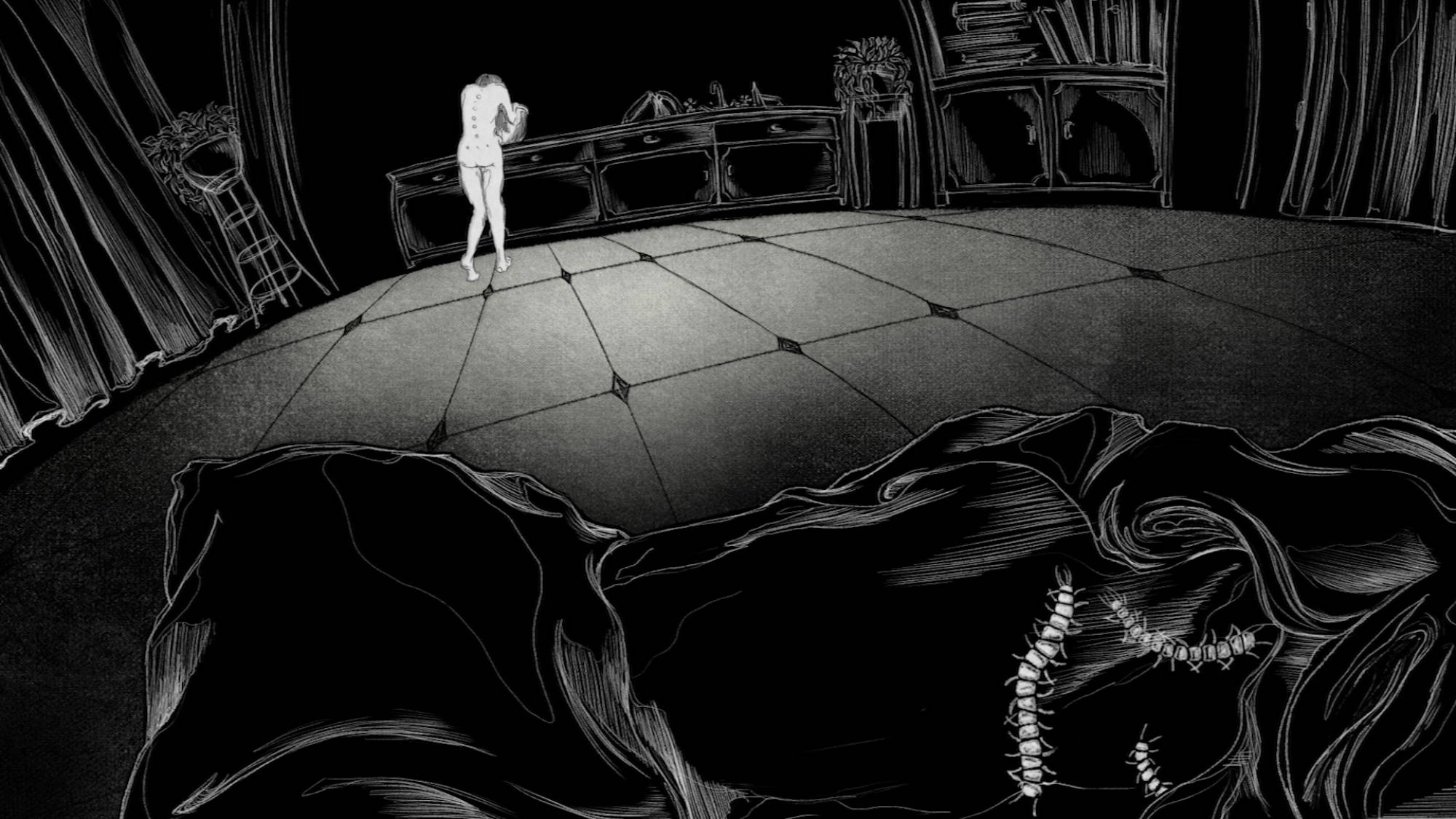 What I want to convey through this film is that we all should respect other people whose realities are not the same as ours, as they’re real to them and influences them just as much as ours do. The crucial thing is that I don’t want the audience to think that the Woman is insane and diminish what has been happening to her just because it was in her imagination. I aimed to make the audience emphasise with her or even with her partner who doesn’t disrupt her vision of reality.