You know that ‘friend’ who you try to avoid seeing at all costs yet somehow always manages to crash the meetups with your besties, inserts themselves into the round, then ducks out before their turn at the bar but not before spilling your most embarrassing secrets and making a crude pass at someone’s significant other? Well, would anyone greet their early demise with anything other than a sigh of relief? If you relish the thought of a world free from inescapable dicks then proof-of-concept comedy short Must Kill Karl is for you. I caught up with Joe Kicak (Director, Producer) and Karen Moore (Writer, Producer) to learn how they made the insufferable hilarious in this funnily dark fantasy of asshole emancipation.

What was the inspiration behind the idea for this friend from hell short?

We started talking about how we all have that one person in our lives that we despise, but can’t seem to get rid of – the ‘Karl’, if you will. In real life, you’re low on options – breaking up with a friend isn’t really something people do, is it? Hence the dark fantasy version of eliminating someone from your life that became the film.

Since its inception, and especially while on our festival run, we’ve been approached by friends and strangers alike, eager to tell us who their ‘Karl’ is in their life and how they’ve wanted to get rid of them. We’ve also found that if you don’t have a ‘Karl’, you unfortunately… probably… definitely… are a ‘Karl’.

I really like the flashback scenarios of Karl pissing off his friends and the way those snapshots open up the film whilst strengthening the basis of the enmity towards him.

The flashbacks were a great way for us to quickly show ways that Karl has pissed off his friends over time. The trick with them was to craft scenarios that were fast hits that didn’t require too much explanation. They also allowed us to visually break away from the rooftop deck, if only for a short time, and keep the film from feeling too contained. We love the flashbacks and could’ve done them for days if we’d had the time/money. Kudos to Mike Lobel, Sarah Power, and Peter Mooney for getting into a freezing, polluted Lake Ontario! Showbiz baby. 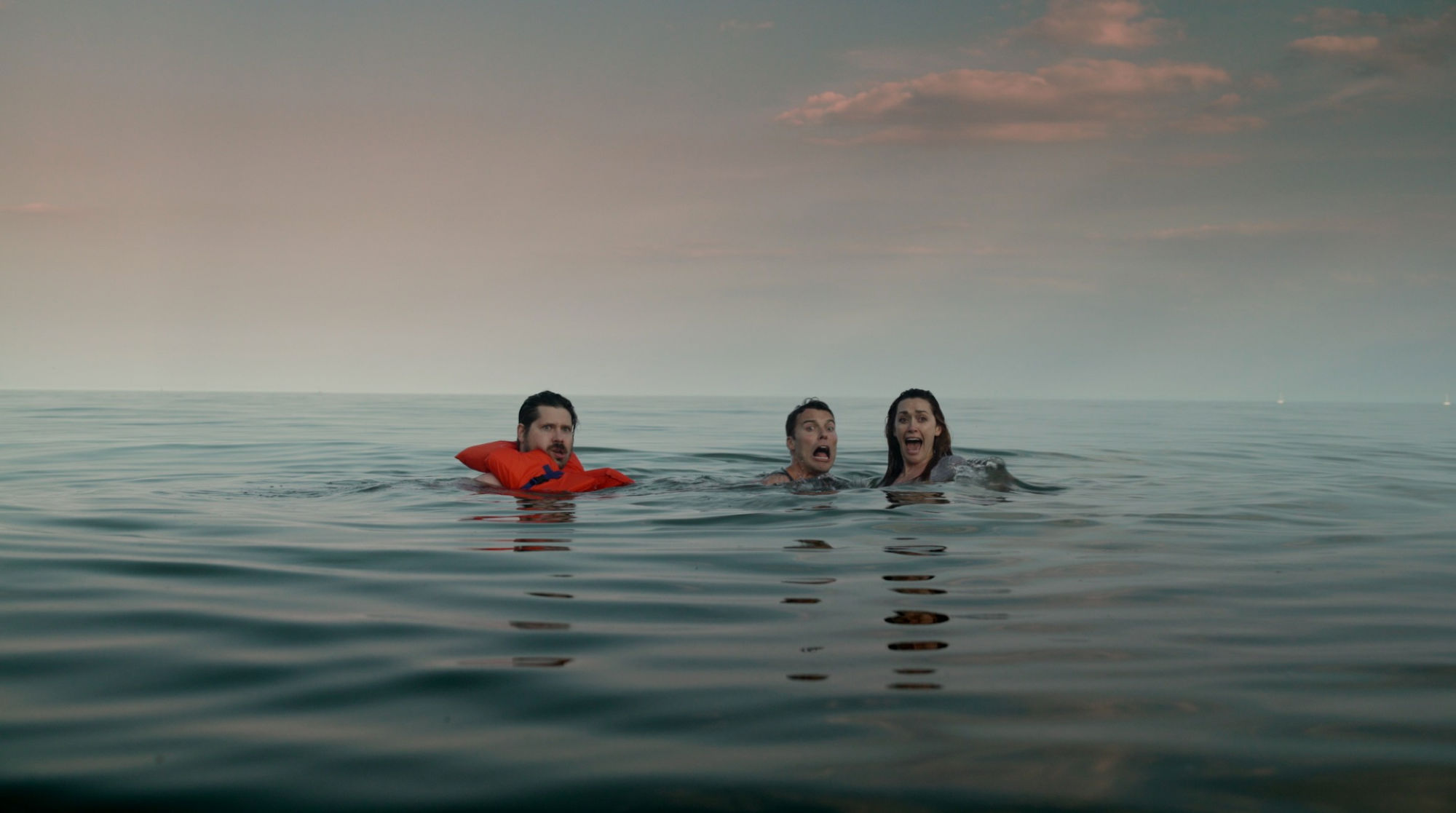 Could you tell us how you went about shooting the film?

The film was shot over two nights on a fourth story roof during the summer solstice (the shortest nights of the year). We built a shitty, rotting deck overtop of a beautiful one, fought torrential downpours, crammed two camera teams and a thirty person crew on one roof, and dealt with an irate neighbour who attempted to destroy our production by blasting his stereo all night long. Did we mention we shot during the summer solstice!?

The only other special gear that we used on this production were our own tears.

Between the neighbour, the rain, and the short nights, we managed to shoot the film in about twelve hours. With the limited amount of space, time, and light, we shot on two Sony A7sii cameras which saved space on the floor with its compact body size and its sensitive ISO gave us the latitude in exposure to capture the surrounding buildings during night exteriors. We captured the footage using an Atomos Shogun in 4K and were able to punch-in for additional coverage and have more resolution for our VFX shots. The only other special gear that we used on this production were our own tears.

Mike Lobel does a great job of conveying Karl’s insufferable nature. How did you tune his performance to just the right level of annoying?

Joe and Mike have known each other since high school, so we were confident Mike could hit this level of annoying. We worked long and hard at the script phase on how to walk that line with Karl and brought Mike into that process before our rehearsal with the full cast.

Mike is also a talented improvisor, so he could consistently surprise his co-stars with new, somehow even more offensive lines and catch them off-guard. After all that, when it came time for his emotional “you’re my assholes” monologue, Mike blew everyone away. We’d all been watching him be a total dickhead for 2 days, and now suddenly we’re all tearing up. He absolutely nailed it. And he’s been super-annoying about it ever since.

To what extent was the film’s comedic flow and timing captured on set vs crafted during post? 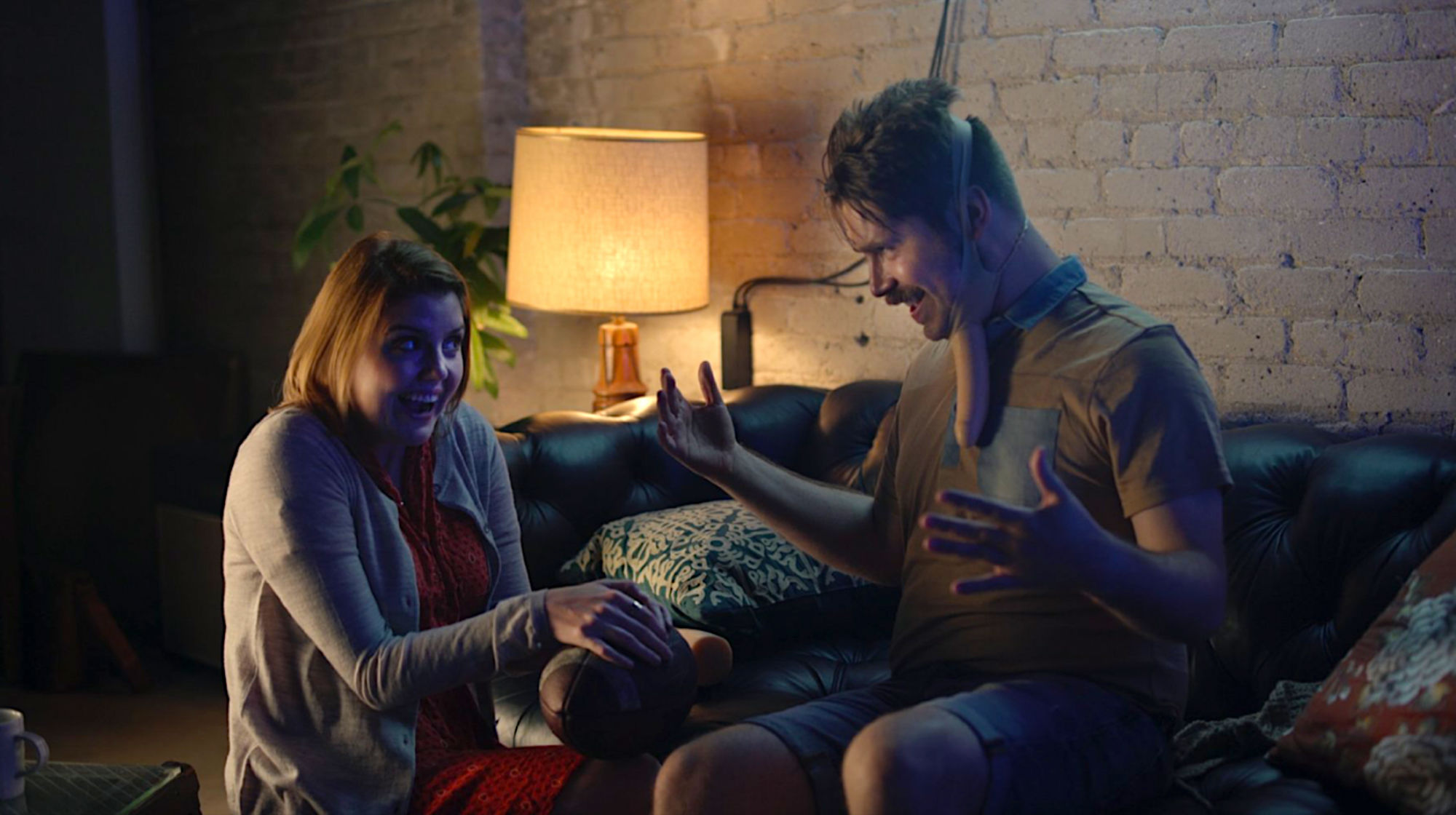 We left a lot of hilarious alternate footage on the floor in order to maintain the pace of the story.

You created Must Kill Karl as a proof of concept for a feature you’re currently developing. How will the world of Karl and his beleaguered friends expand in the longer version?

In the feature version, we’re going beyond the idea that everyone has a ‘Karl’ and that we can all be assholes sometimes to explore why that person is still in our lives. The feature will afford us the space to expand on each characters’ individual relationship with Karl and motives for needing to kill him. Currently set as a road trip movie, the gang of friends plot to kill Karl at a remote cottage during a hunting ‘accident’ after he finally goes too far. Of course, there will be bigger/better versions of Karl being a total dick, but we’ll also learn what makes him tick. We promise there will be no rhyming in the film.

And finally…Are you both sure you know who the ‘Karl’ is in your group of friends?

What are you trying to say, MarBelle? And here we thought this interview was going so well. But really, we’d love to tell you but we’ve been advised against naming names for legal reasons. Let’s just say we’ve all got a little Karl in us.