A Middle-Eastern Actor Couple Try to Navigate the Pressures of Relationships, Family & Typecasting in ‘Abroad’ 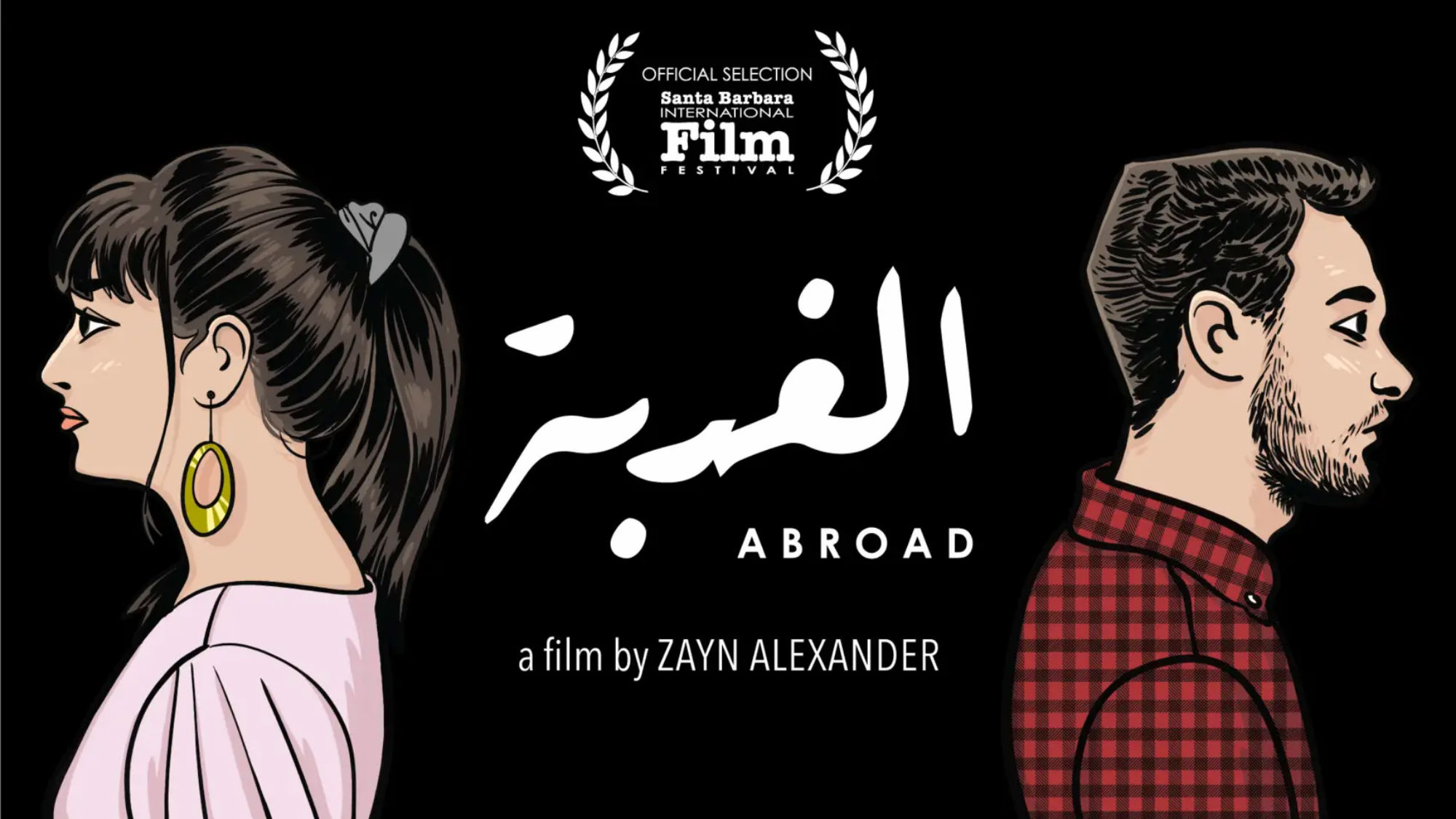 Born from his frustrations as a Middle-Eastern actor trying to build a career in the film and television industries, alongside a desire to convey our shared life experiences regardless of cultural background, Zayn Alexander’s domestic drama Abroad (الغربة) sees the pressures of relationships, an artistic career and family expectations destabilise the foundations of a Lebanese actor couple struggling to make their way in New York. I sat down with Zayn to discover why he decided to step into the role of filmmaker and chief storyteller in order to confront the issue of on-screen diversity.

What prompted you to tell this multi-layered story of stereotyping, the artist’s struggle and relationship pressures?

Abroad is my first film as a filmmaker. I’m also an actor in the project. This film started out as a personal experiment between Pascale Seigneurie (screenwriter and co-star) and myself. We wanted to tell a story about Middle-Eastern actors and their struggle to find work in the American film and television industry. The film was largely inspired by our personal experiences as actors of Middle-Eastern descent living abroad and our shared sense of frustration with an industry that didn’t quite know where to place us. We also wanted to tell a story about how we as people are not so different from each other regardless of where we come from.

There are a lot of conversations taking place today on the national stage, one of them is that of diversity. While the industry has come a long way, particularly when it comes to embracing diverse characters, the issue still remains. I believe that true diversity means cultural inclusiveness in all of its forms with the story being front and center. It’s one thing to greenlight a generic storyline and include a diverse cast (LGBTQ, Asian, African American, Middle-Eastern, etc.), it’s a whole other thing to present the lives of people from different cultures and, as a result, pave the way for an organic casting process and true change.

I believe that true diversity means cultural inclusiveness in all of its forms with the story being front and center.

Abroad revolves around actors and the film industry. However, the film is not just a short film about the typecasting of Middle-Eastern actors. The real focus are the lives of a Lebanese couple beyond the small roles available to them. It’s a ‘slice of life’ story and it’s my desire to see it instigate deep conversations about family, career, and the struggles one faces in pursuing his or her dreams while convention and societal expectations play their respective roles in influencing one’s thoughts and behavior. In making this film, I imagined a film I wanted to see, so I made one.

Was it difficult to combine all those wide ranging elements into a cohesive script?

The screenplay took about six months to put together as it went through multiple rewrites to finally settle on a version I felt was strong enough to translate visually. It was important for me to tell a complete story in just under ten minutes and that was the real challenge. It was also important for me that the film resonates with audiences universally regardless of their ethnicity or profession. 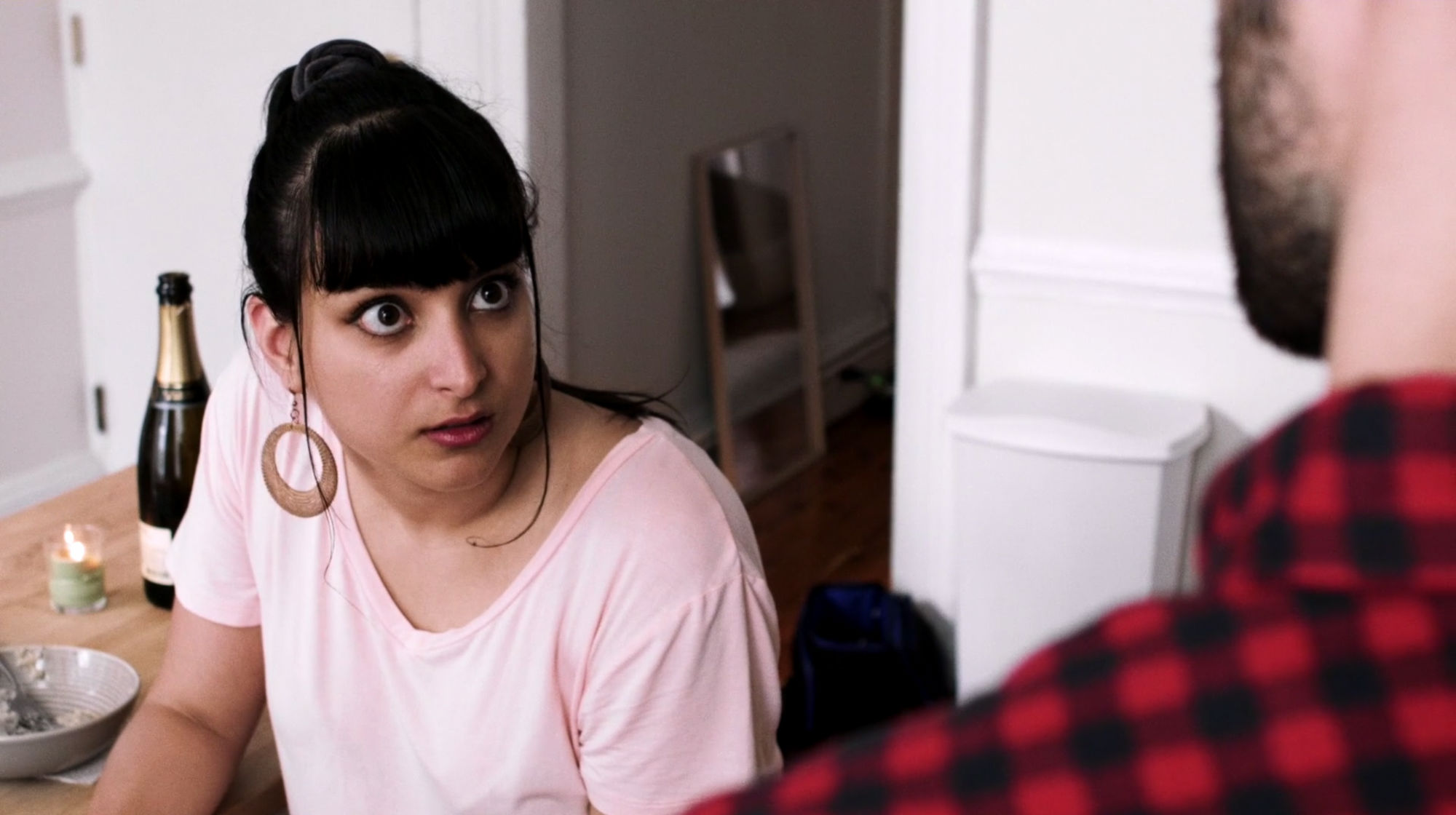 Given our collective experience with terrorist videos the opening moments of Abroad feel very provocative, was that something you wrestled with at all?

Not at all. It was meant to be provocative actually. Without giving too much away, that moment is somewhat of an accurate depiction of how that particular culture is viewed by a wide subset of folks and the way that scene unfolds sort of pokes fun at that stereotype. My concern lay primarily with how I can keep the audience engaged throughout that opening scene. When the film premiered in Santa Barbara, I remember a collective gasp from the audience during that moment and that was such a high because that was the exact reaction I was hoping for.

How was the process of working on set and what was your setup for the shoot?

Shooting the film had its challenges. We were operating on a limited budget and a tight schedule – we shot over the course of one day. Time constraints did not allow us to view any playback on set so we just had to trust that we were getting the coverage we needed. I felt it was important to get my crew emotionally invested in the film as they didn’t speak the language. I believe once everybody puts their heart and soul into any project, any hurdle one might face on the technical front can be neutralized if there’s enough heart and truth in the film as a whole brought by everyone from cast to crew. 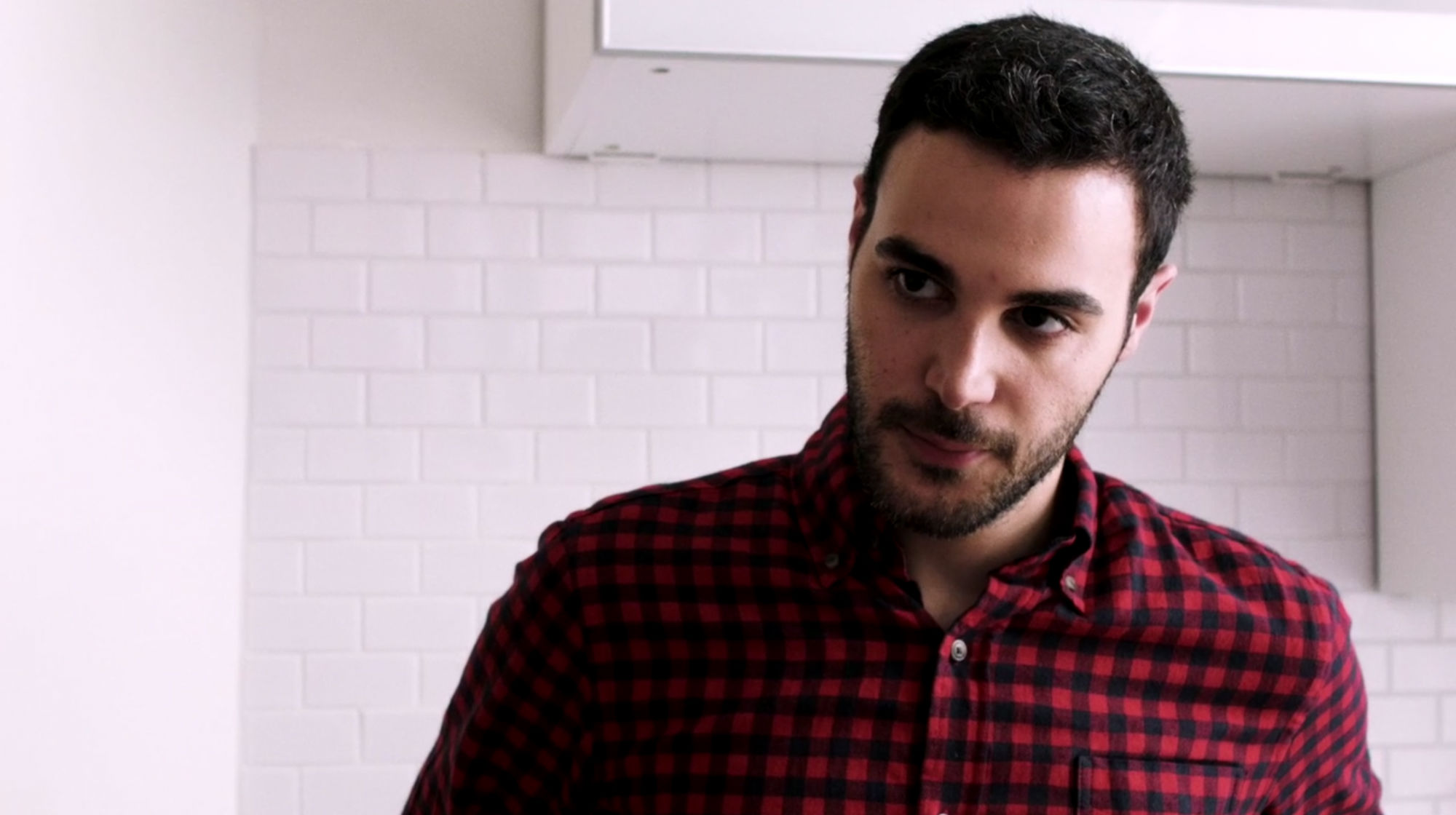 We shot on a Blackmagic Cinema Camera 2.5k. I think this is a great camera choice if you’re working on a budget. I love its cinematic quality. As for lens choice, we opted for the Tokina 11-16mm f/2.8 for the master shots and the Zeiss Compact Primes 35mm and 50mm for the medium shots and close ups. I’ll hand over to Director of Photography Win Khant Maung to discuss the film’s lighting:

“The goal was to use as much natural light as possible and only enhance it when necessary. We used both the Arri tungsten 1k and Aputure LED 120d to create more directional light from the windows in one scene. The Arri was balanced with a CTB gel to match Aputure and daylight. A floppy was used for negative fill in the close up shots.”

This film definitely helped me discover and, to a certain degree, anchor my voice as a storyteller.

Did you learn anything new about the filmmaking process by being both in front of and behind the camera on this project?

It was definitely a challenge taking on the roles of both actor and director, especially when you’re working with a tight budget and a skeleton crew. To be honest, it was rather fulfilling because acting for me is a combination of intuition and empathy and I’ve always had the urge to direct, so it kind of made sense for me to carry that approach and desire behind the camera, especially with this particular film because it is somewhat personal. 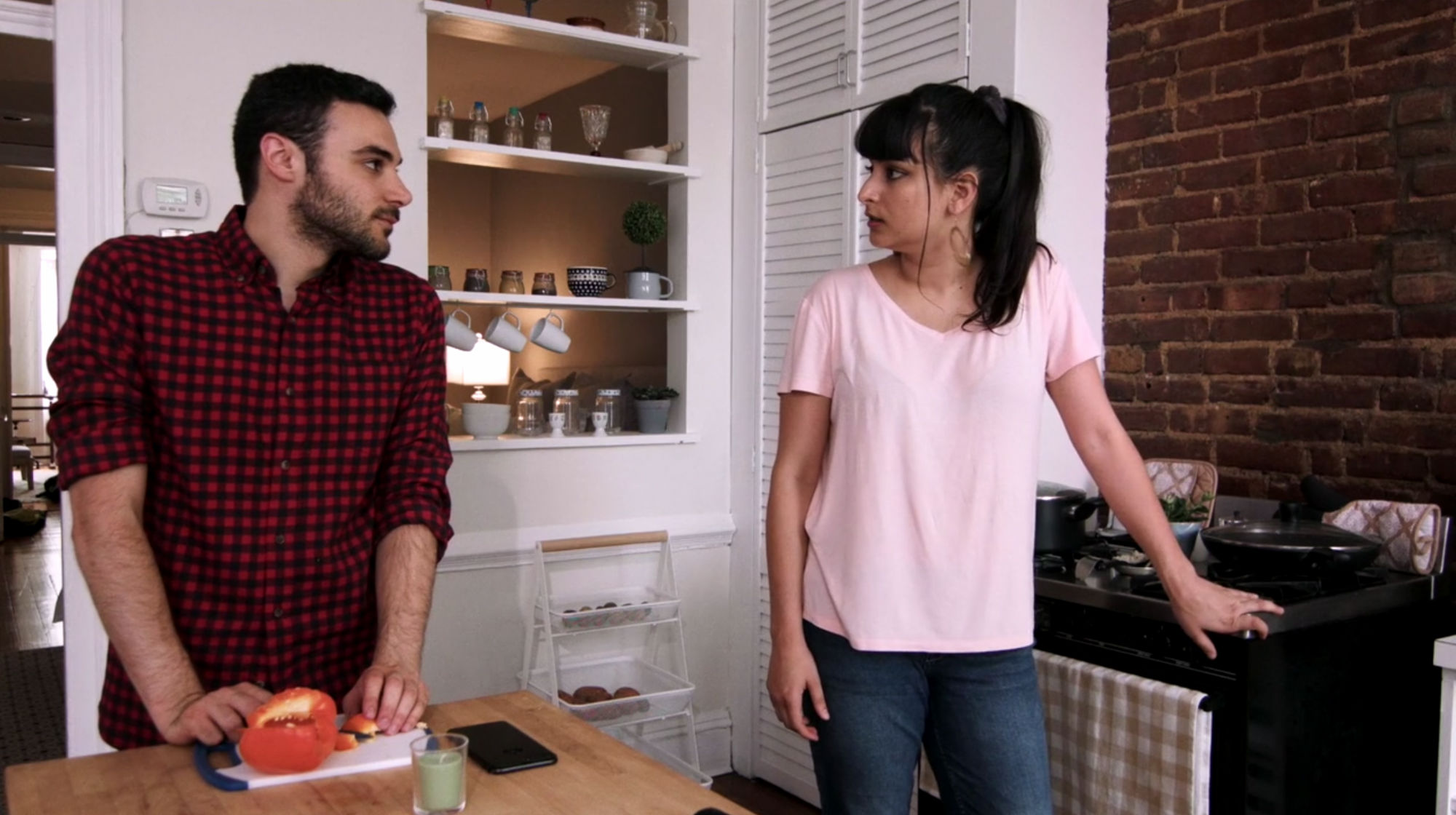 I wanted the audience engaged throughout the film. In my opinion, short films are the most challenging as there’s a very limited window during which you either grab the audience’s attention or you don’t. My style tends to skew towards simplicity and minimalism and away from aesthetics. The story was the protagonist in the film and I didn’t want any attention shifted away from that. I wanted the focus to remain primarily on the characters and the story. This film definitely helped me discover and, to a certain degree, anchor my voice as a storyteller, and I hope to continue to define this voice as I tell more and more stories that resonate with a wide audience.

So does that mean we’ll see more from you in the directorial role in the future?

Definitely. This has been one terrific journey and there’s a lot more planned for this film. Experiencing it with different audiences has been truly humbling and incredibly validating. I’m happy it was able to shed light on a conversation that is long overdue and I look forward to sharing this film overseas this upcoming Fall. As for future projects, I’m currently writing my first feature film. I’m also teaming up with my co-star and screenwriter Pascale Seigneurie once more for another short film project.

Abroad is one of the many great projects shared with the Directors Notes Programmers through our submissions process. If you’d like to join them submit your film.