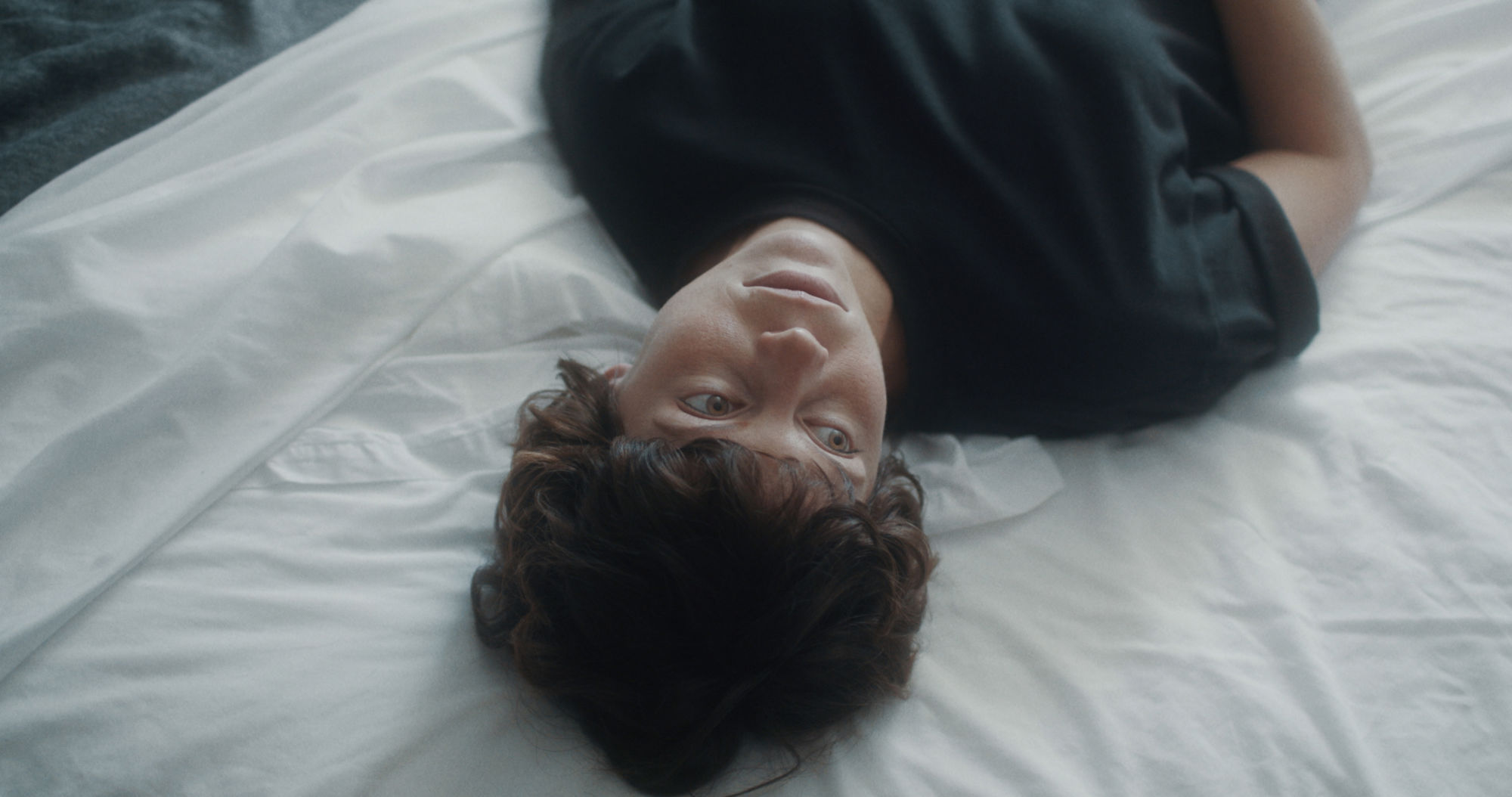 Whilst there’s no denying the mounting excitement which builds at the approach of an impending holiday, there does come with that the pressure of expectation to have the time of your life. What if instead of opening up yourself to the possibility of disappointment you holed up in your hotel room, crafting the perfect holiday as exists in your mind’s eye? That’s the strategy of a French American tourist who struggles to embrace the potential for adventure waiting outside her door in Joe Gomez’s new short Ocean Breeze. DN invited Joe to share how his time on the road and Nashville’s generous creative community led him to this tale of self-imposed isolation.

Over the last couple of years I’ve been doing a lot of traveling for work. After a few too many nights in what felt like the same earth tone colored room in different cities, I started to find myself getting weary and instead of getting out, spending even more of my spare time hiding out in my hotel room. I started to have these scenes in my head of someone that wandered around in the same bored self-inflicted confinement, but they would misrepresent their situation and surroundings during phone calls to home, talking about swimming in the ocean when they’d really just been taking boredom baths. I had a ‘backstory’ for what might derail this person’s vacation so much, but once the main dots were connected, I wanted to leave the details vague to give the viewer a chance to relate and focus on the feelings of isolation and anxiety.

After weeks of searching for the right location, I finally found a hotel on the edge of downtown Nashville. The room had the right colors and textures that allowed our brilliant Art Director Beth Mathews, to create an imaginary beach-side hotel room that felt simultaneously real and nostalgic.

Unlike the long process of finding the right hotel, the search for our main character began and ended with Paulina Wisniewski. We connected through a friend and we met for coffee. I sent her an early draft, and when we met, she had the best questions about what the woman in the story was feeling in this scene, or why she would do this and not that in another. 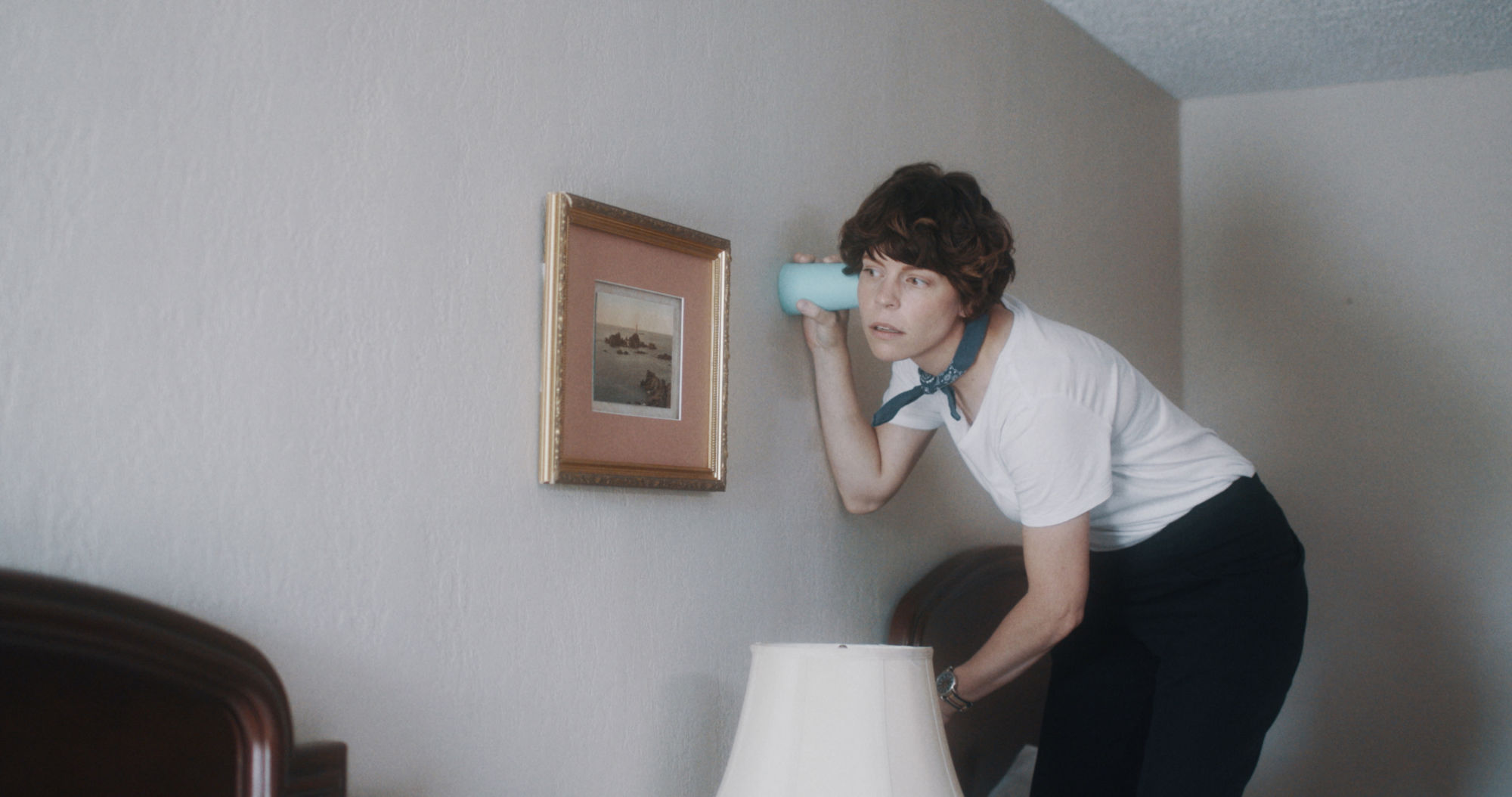 We kept that same kind of dialogue going as I locked the script and then handed it over to her to translate into Québécois. I think that was a very helpful layer to the process as well because she really dove into each phrase and word for the right meaning and intention for what it’d need to translate to. As we filmed, I would act out the other side of the phone call and we tried to keep it as natural of a phone call as possible.

We filmed on a Canon c300mk2 with Canon Cinema Lenses (24 and 50mm.) With the big window wall and the practical lights in the room, we also chose to use a promist filter in front of the lenses to really take the edge off and get a nice glow halation. We wanted everything to be as natural as possible and lit from or added to the most logical natural/practical source in each scene. Our DP Jonathan Marzolla and gaffer Neal Clement were miracle workers in how they made such a cramped space work so well for the camera.

One of the only times we really had to “design” light was after that afternoon storm rolled in. The clouds hung around and all that bright natural sunlight through the window was gone and we still had two day scenes to shoot, specifically the oner where the maid comes into clean and kicks her out. We pretty much brought every light we had ( 6-7 quasar tubes and 2 kinos) outside and blasted them through the window to get as close as possible to what we had earlier that day.

I wanted to leave the details vague to give the viewer a chance to relate and focus on the feelings of isolation and anxiety.

Moving into post-production, I was fortunate to collaborate with my friends Lucas Harger and Steve Horne of Bruton Stroube. There were several shots and elements that popped up during the shoot day that I intentionally didn’t mention when I sent them the footage so I could see from their unbiased perspectives if they found them as important as I did. The main example being making the picture of the lighthouse such a prominent element of the room and story.

Through Lucas’ editing and Steve’s sound design, they brought so much life to the film. In fact, they are responsible for some of my favorite moments of the short, ones that weren’t written or intentionally shot, which proves how much a film continues to be written in post.

Another element that I truly felt gave as much of a voice to the short as any script or footage was the music. Luckily for me, I didn’t have to look far. My wife, Vanita is an incredible artist who has had a life long love of film music and has composed the music for this and my last two documentary shorts. She wrote an incredible score that really focused on adding to the story. Her voice doing a lot of the wandering melody really drove the aimless moments and allowed for us to have that element without having the character doing something as on the nose as walking around and humming.

Nashville has an amazing and creative community of extremely generous people that really came alongside this project as they gave of their time, talents, and equipment. Even the weather chimed in and in the middle of the day, a huge unforecast storm blew in that ended up being the perfect backdrop to the phone call where she finally starts to show some of her cards. It really felt like a family affair as we all huddled in various corners of the room and filmed all 9 pages of the script in one day.

As far as upcoming projects. I’m currently working through a feature script that I wrote earlier this year and am in pre-production on a series of shorts that I have planned for next year.