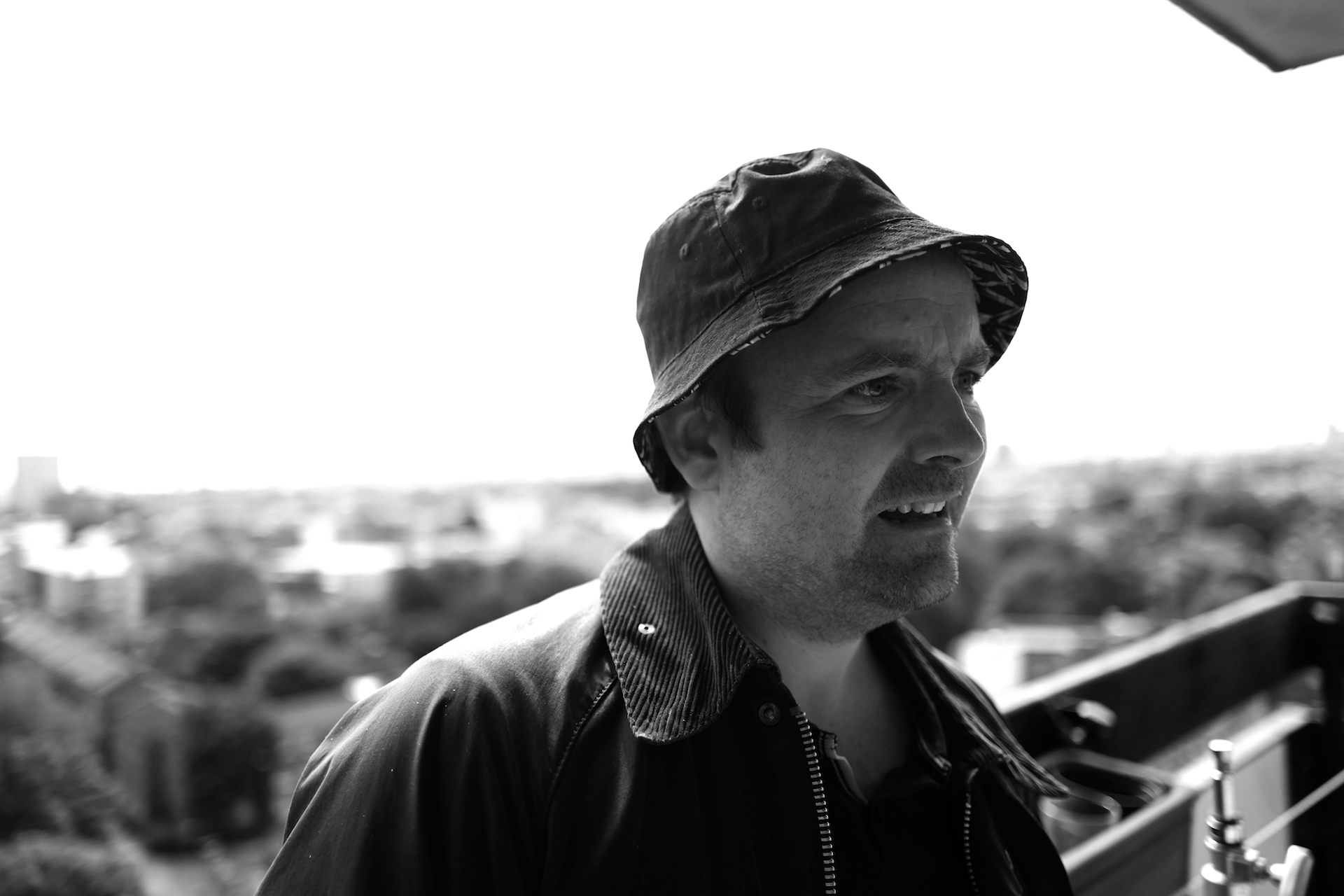 It feels hard to believe that it’s only been two years since we were introduced to the work of Charlotte Regan, through her BAFTA-nominated short Standby. Two years later, one look at her IMDB page will quickly let you know just how hard she’s working to make her mark as a director. Seven more films and a healthy portion of festival recognition have followed that debut short, but today the London-based writer/director joins us to talk about recent London Film Festival selection Dodgy Dave.

The story of an East End drug dealer who has to take his son with him to work for the day, Charlotte talks to us about how the parental relationships surrounding her growing up inspired the story and why La Haine was such a big influence on the film’s aesthetic.

Dodgy Dave centres around a drug dealer who has to take his young son with him to work, what made you want to tackle the father/son relationship with this film and what do you hope an audience takes from this film?

I really can’t remember. I have these tatty little notebooks that I write one or two lines about a story I want to tell. And often never go back to them, but this one I kept wanting to tell in some way. I suppose the role of a father is something I’ve always been interested in exploring in my films.

In working class families there can often be this mentality that the sons need to be quite tough.

I grew up with a lot of friends/family members that had an absent dad or had a dad that just came into their lives now and then. So I suppose I saw and felt the effects of that quite a bit. In working class families there can often be this mentality that the sons need to be quite tough, so the dad and son rarely share vulnerable moments. And I think it’s those moments I’m always interested in.

Watching this short, I couldn’t help but see similarities to one of your other shorts Drug Runner, was one inspired by the other and do you find these recurring themes happen naturally or is something you purposefully do?

I suppose at the moment I feel most confident when I’m telling stories I know or can really connect to. Whilst I’m still learning how to talk to crew and actors, I find having a story or characters that I can relate to people I knew growing-up, really helps with that communication.

My stories are always in a working class world as it’s the only one I know.

I’m sure as time goes on I’ll feel confident taking on other peoples stories but at the moment it’s always what I just naturally start writing, the classic cliche ‘write what you know’. So it’s for sure not something I do on purpose. My stories are always in a working class world as it’s the only one I know (well obviously not anymore – I just bought some Tropical Lenor and Surf to wash my hoodies with – am I middle class yet?). 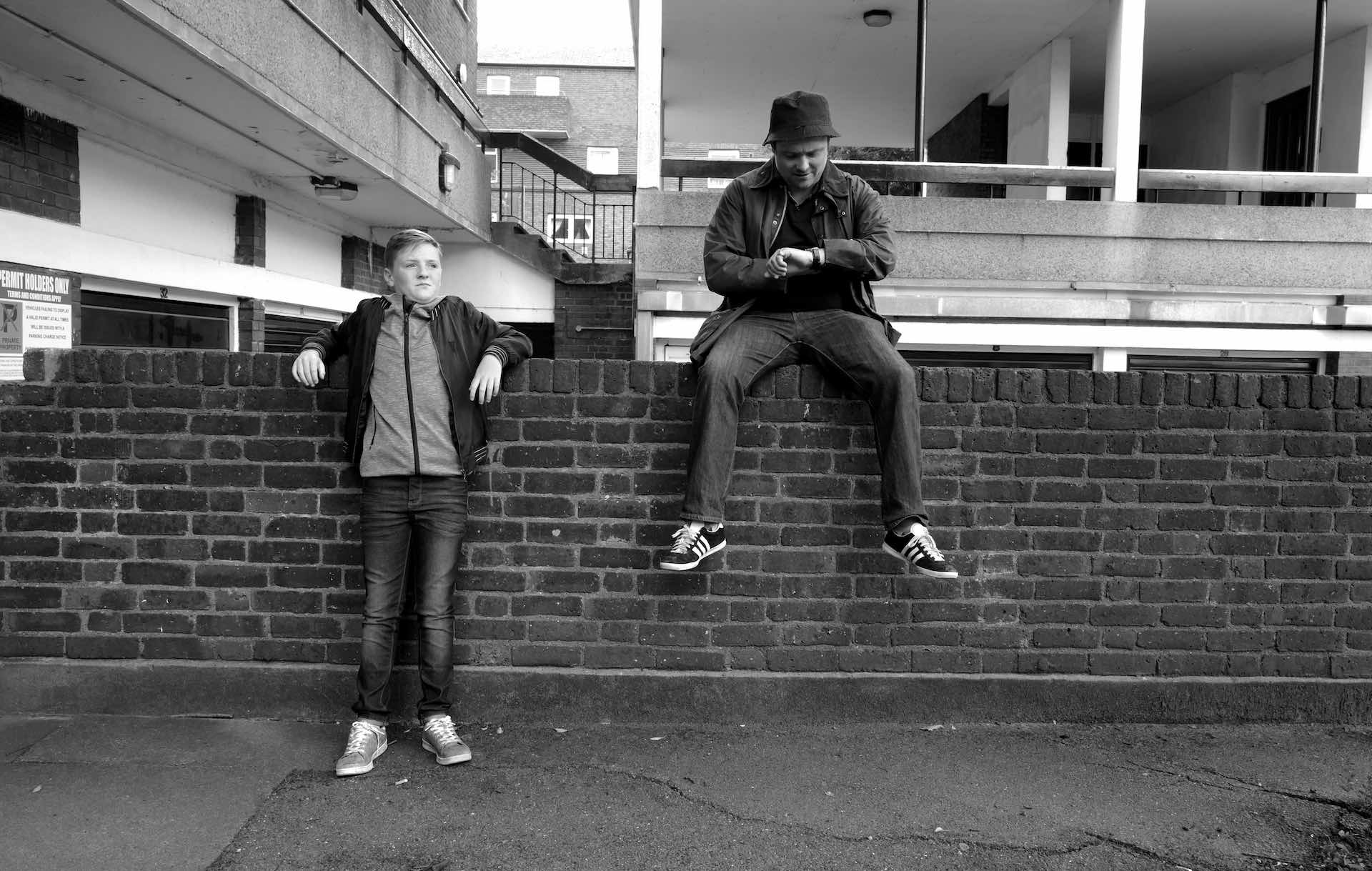 Another recurring element in your work is your cast. Mitchell Brown, Neill Maskell and Sian Clifford have all appeared in other films of yours, what is it that you look for in an actor and do you feel there’s an advantage in working with the same actors across multiple films?

I really love having a team and people that you always work with – crew and cast, I just think it creates a great environment where you are surrounded by your friends or people that you feel you can talk to on a proper level. I think young actors are really hard to find, especially for the type of gritty stories I want to tell, because naturally they aren’t the usual young people you find at theatre/acting schools. So when we saw Mitchell I kind of knew I’d be writing stuff for him forever (or however long he’s happy to be involved!) he’s just got a proper natural ability to judge the emotional beats in scenes.

I’d never get that freedom in a feature and wanted to try it out.

What made you decide to shoot Dodgy Dave in black-and-white?

Damm I still haven’t truly had time to think of an arty answer for this! Watched La Haine one too many times perhaps? It was partly because I knew I’d never get that freedom in a feature and wanted to try it out. I could also waffle on a bit about how it’s a film about how things aren’t always black and white – drug dealers can be loving parents and bad people can do good. But you know… it’s mostly La Haine.

She still thinks my job is stupid and I should pack it all in.

I know the biggest critic of your work is your Nan…what does she make of Dodgy Dave?

I’m such an answer killer aren’t I… she hasn’t watched it. To be honest I don’t even try the films with her anymore. At most she’s happy to watch one minute of something, trailers are best really. But here is an alternative grandma story! She actually came to set on Dodgy Dave, we were shooting near her so my amazing 1st AD Nathan picked her up and brought her along for a few hours. She has fallen in love with Neil. She still thinks my job is stupid and I should pack it all in though so it didn’t help. She kept making me run into the house we were filming at to make her tea which wasn’t ideal mid-scene. But she wouldn’t let anyone other than me make the tea.

Looking over your IMDB page, it looks as if since we first discovered your work with Standby you’ve gone on to direct a further 7 films over 2-years, where does your drive to create shorts come from and do you ever sleep?

I just kind of love it! I love being on set and I love the freedom you get with shorts. I always want them to be able to stand alone and be their own pieces of work, but it’s also a great way to test concepts or characters out. Work with actors, meet new crew – everything! I feel like I learn so much on each shoot, more so when it’s a low budget and you really have to find ways to work around that. I hope I can make at least one a year always. Even if it means a lack of sleep.

I have really luckily just been commissioned to create a short film Oats & Barley with the creative community Vero and DMC. So that’s really fun, you so rarely get companies or people who support short film so to have that backing is great. It will, as always, have a few actors I’ve worked with before too! They’ll never shake me. Other than that I just finished up a new short My Boy.