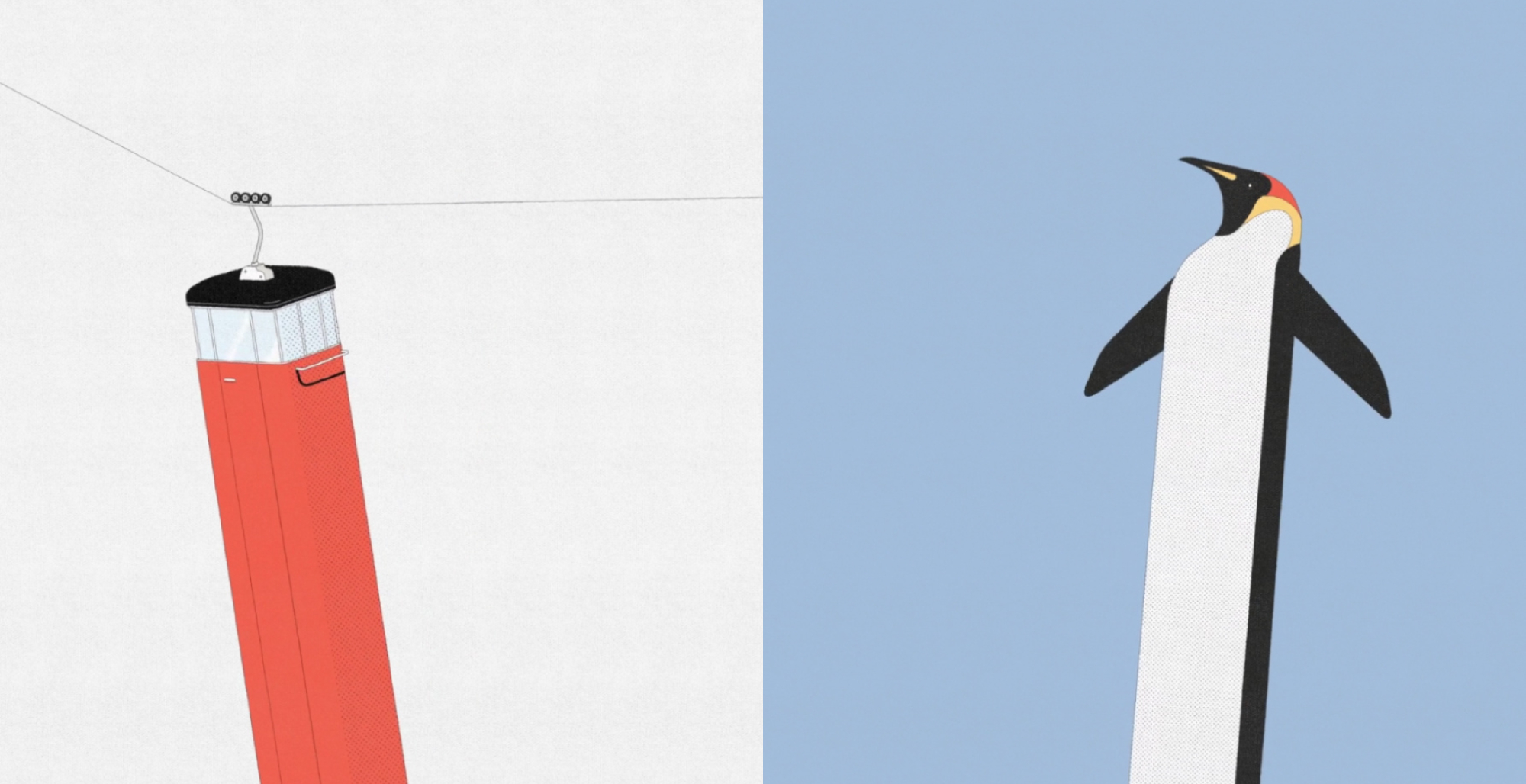 Accepting an invitation to take part in the Instagram Creators programme – which challenged creatives across the world to demonstrate the potential of the vertical format in a 15 second video – Paris based motion design studio Parallel took the tongue in cheek approach of embracing the tall frame by reformatting the world to fit it in animation Life in Vertical.

“For most visual artists, the vertical format required by smartphones is probably the worst. So instead of painfully squeezing stuff to fit into vertical format, we thought of something more convenient: What if everything on Earth suddenly went vertical?”

You can check out early sketches for the idea (some of which didn’t make the final cut) here.