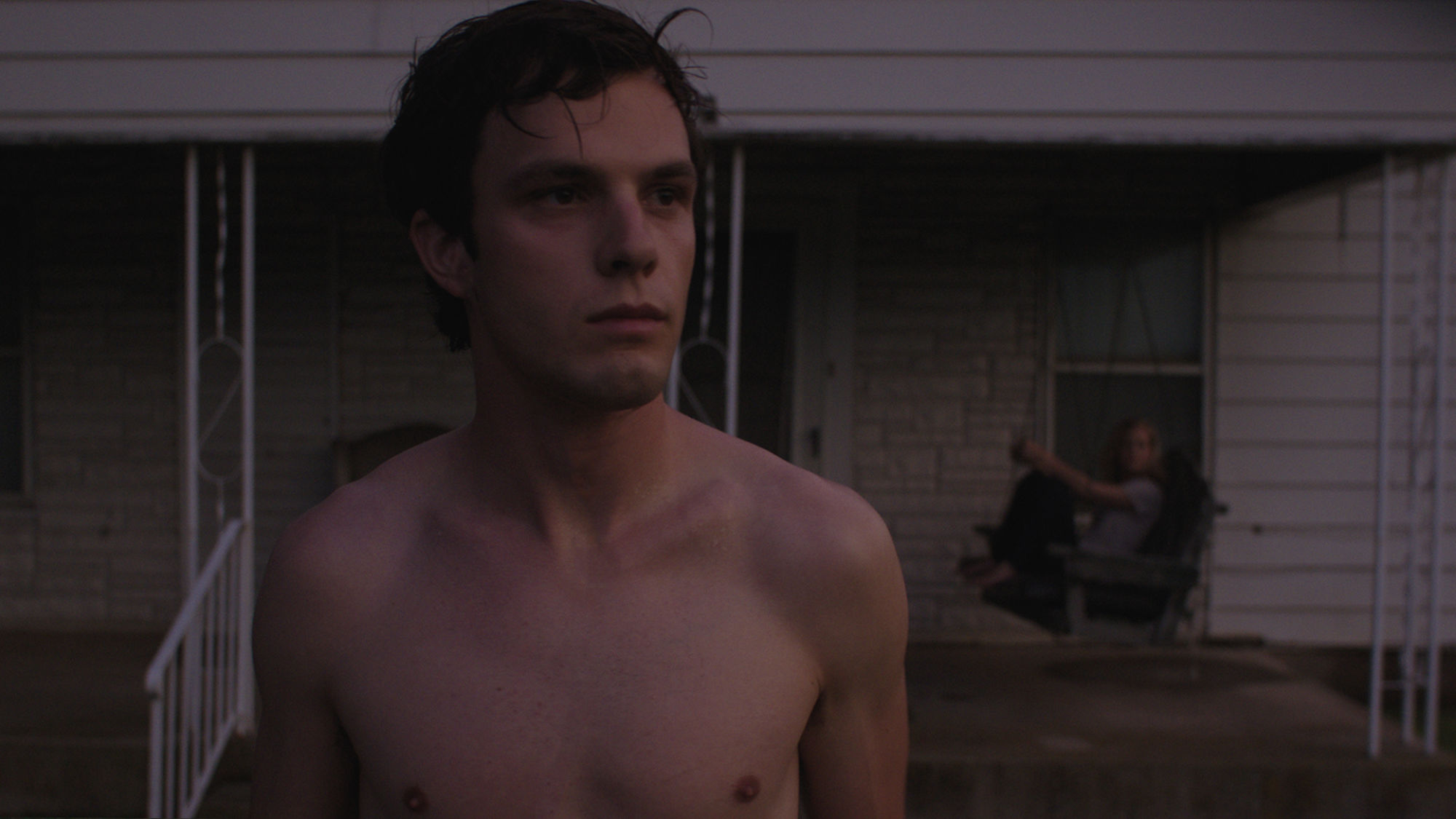 Taking us inside a quiet teen’s mounting guilt over his role in the death of his brother, LA-based Writer/Director Nolan Wilson Goff’s well-observed drama Nobody Knows examines how environment shapes our identities and the roles we’re expected to play in life. Below Nolan shares how he skipped the traditional casting call when selecting his actors and why this was a story he felt compelled to return home to his native Texas to tell.

The story itself began with a friend asking me if I ever thought I could tell a crime story. I shrugged it off because it wasn’t my natural disposition. But from an unexpected place, I began to see the opening scene. I didn’t know who the characters were, but I knew where it took place – this very specific creekbed, back home in Texas, where friends and I would run around when we were young.

One morning, years after that conversation, the characters finally clicked into place. I think that’s how it happens often: it’s when you’re not thinking about it that it suddenly all makes sense. I knew who the characters were and I knew what my version of a crime story could be.

Since the setting was so vivid for me, what came next was finding the cast to play the characters. I turned to a mutual acquaintance, Tommy O’Brien, for the lead role of Ross. His past work wasn’t anything like this material, but I just had a gut feeling about him. Grateful that I wasn’t wrong. His performance throughout but particularly the tenderness of the final scene still moves me – all credit to him. He made it alive.

Rather than sitting in a cold, impersonal room and hosting a cattle call for the remaining talent, I watched hundreds of short films and videos online. After seeing Bo Mitchell in the SXSW selected film The First Men, I direct messaged him over Instagram to ask him to play Ross’ friend – then he drove from his home in South Carolina to be a part of the project. Abby Wathen, Ross’ mom, unsettled me with her fragility and openness in a short called Wedding Dress. Lastly, but certainly not least, I was grateful that Liana Liberato was willing to come to Texas to be a part of the film. She’s a true professional and every word she speaks on screen feels like the first time it’s ever been said.

I knew from the outset that we’d adopt a more observational, objective point of view for this story, as to constantly relate character to landscape. The characters have been forged by the landscape and it informs who they are. Not the other way around. I always felt one of the reasons Ross locks this secret away is because of this environment.

The characters have been forged by the landscape and it informs who they are. Not the other way around.

Lensed by Cinematographer Sean Conte, we chose a mixture of distant, unmotivated Steadicam movement and locked off shots for a more observational view of the story. Almost like you’re watching and moving through a series of photographs. We paired an Arri Alexa with vintage Canon K35 lenses, as a living embodiment of Texas in the here and now – a modern, present day story drenched in patina and history. Our Production Designer Nico Chavez roamed thrift shops and CraigsList ads across North Texas to further cement this authenticity by building character even into our wide shots. Some of those details will never truly be appreciated because of the point of view of the camera, but Nico’s work is a part of the fabric of each frame.

In truth, I had to move all the way to California to realize I wanted to tell stories about home all along. So bringing cast and crew to Texas was a literal coming home for me. It was a family affair. My mom turned her house into a dormitory for cast and crew and doubled as the production’s caterer. My dad helped construct a platform for our stunt. My seventeen-year-old sister, Mattie assembled classmates from school to serve as extras, and my other sister, Megan, supported in numerous departments on the crew.

Over four days in the warm August sun we made Nobody Knows. In the creekbed I grew up playing in and around. At Frosty’s, where we’d stop in for floats after school. In Justin, where my mom went to high school. Teachers and friends from my past got involved as extras. Neighbors donated picture cars.

Much of this was made possible through collaboration with Victoria Fayad, who came on to produce the film just a few weeks before we began shooting. She quite literally carried this project to the finished line. It would not have been possible without her. 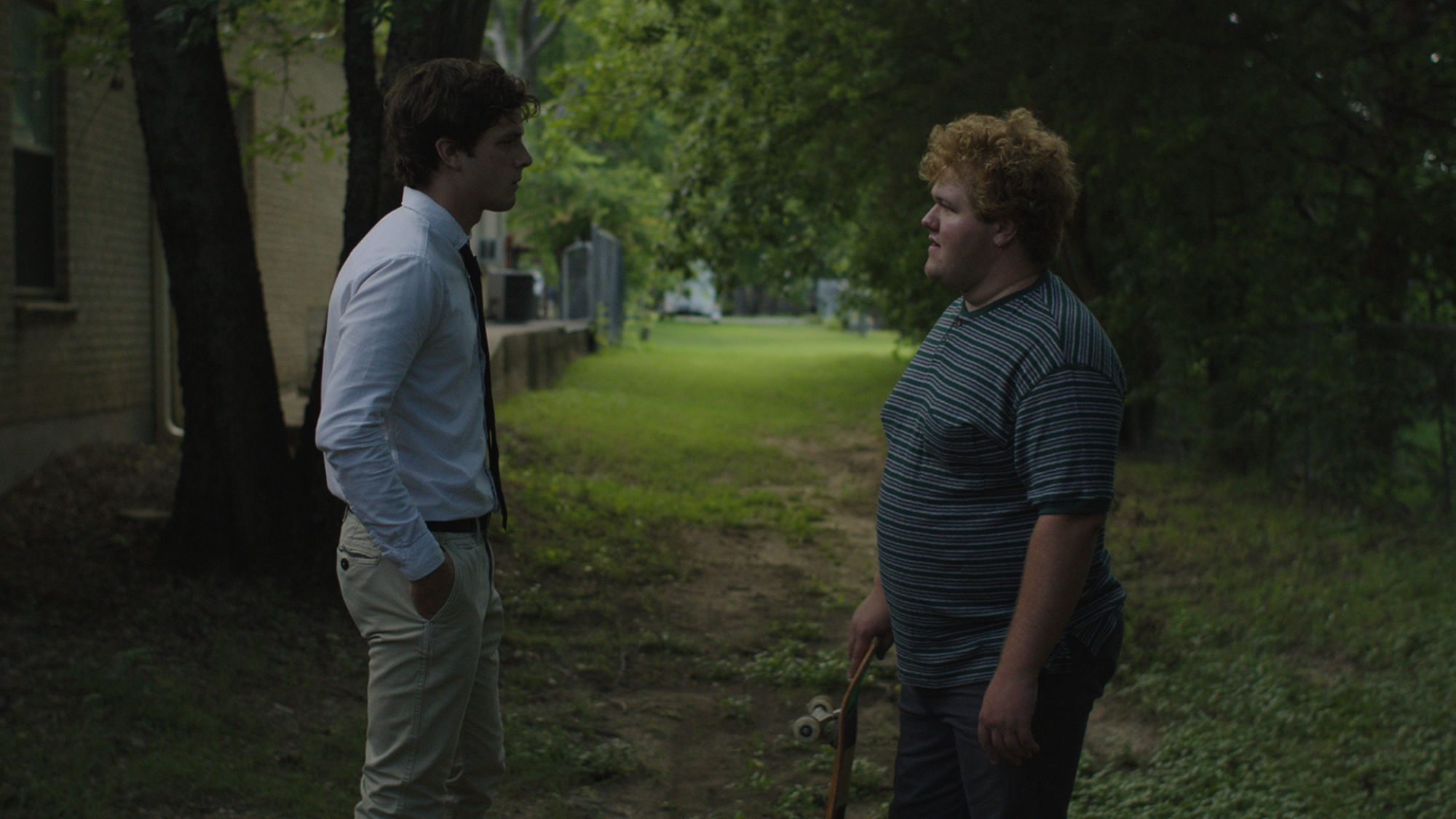 I had to move all the way to California to realize I wanted to tell stories about home all along.

I’d have to ask her for the final count, but Jen Kennedy and I went through countless cuts of the film, in spite of our limited coverage. She was incredibly patient as we found the story. At other times, she was the cutthroat presence I needed to kill my darlings or to help me see the film with new eyes. She was there for my freakouts, where I doubted everything, and she was there for the victories – one that comes to mind is an invisible jump cut she made in the final scene that quite literally saved the scene in my eyes.

An old friend, Luke Wieting, developed the musical accompaniment for the film, through a range of compelling and unexpected instrumentation. He had the challenge of developing a stirring motive that would keep Abe lingering in the film’s shadows – a character we only saw in the opening scene – while also providing the right balance of emotional arc in the short film format.

Over the past six months, Nobody Knows has played across the country at the Austin Film Festival, Eastern Oregon Film Festival, and Lone Star Film Festival. Currently, I’m developing the screenplay for my debut feature length film and am going into production on a new short film project in early 2019.