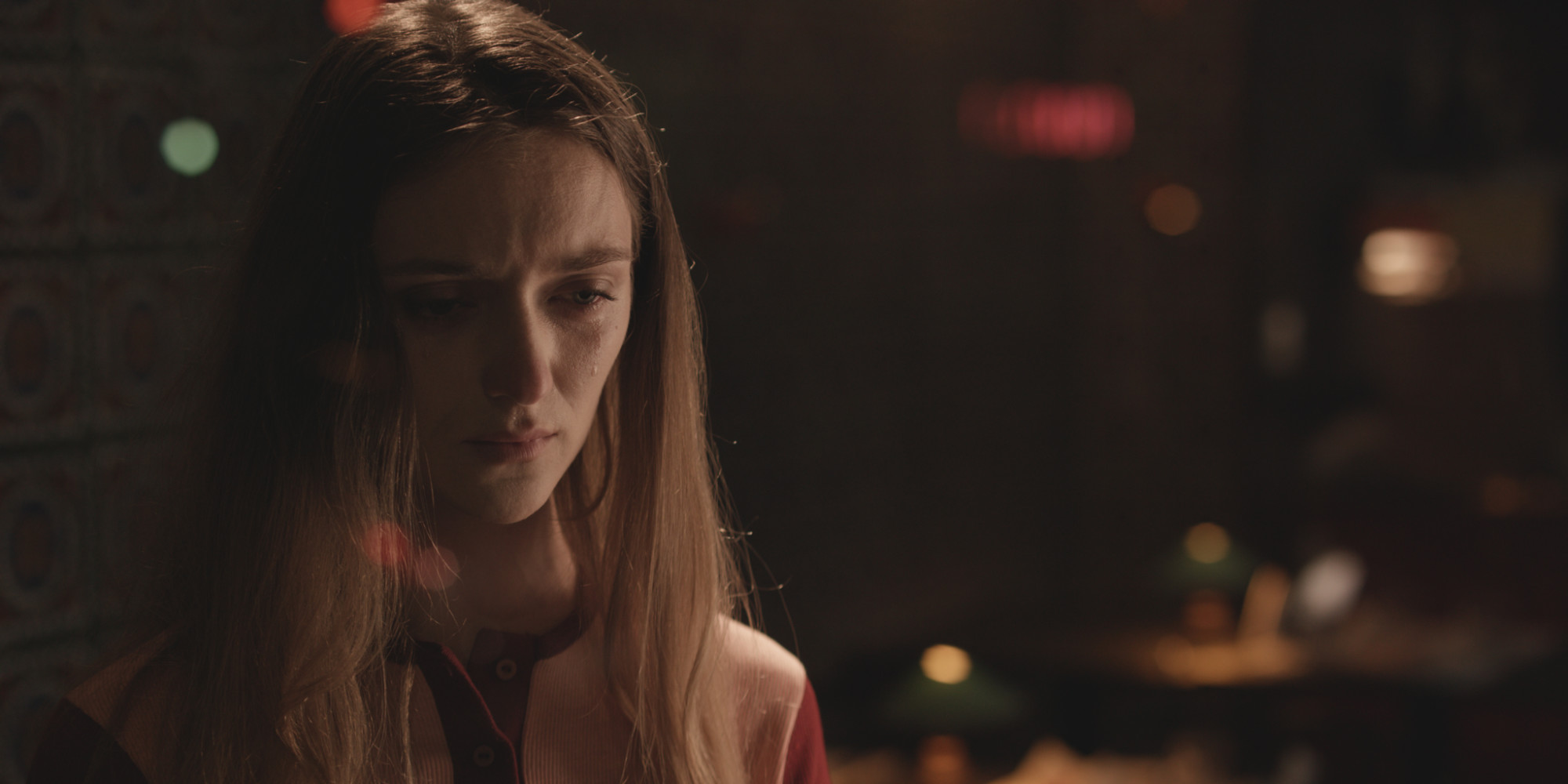 My earliest form of gainful employment saw me rising with the larks to deliver bottles of milk to the neighbourhood (yes that actually used to be a job!) and despite the twilight hour, there were several unexpected sights which stopped me in my naive milk boy tracks. What oddities then must the pizza deliverer witness at the other end of the day when things get truly strange? Sharing my curiosity about dropping off food at strangers’ houses, Giuseppe Garau’s mystery-laden short Seven Pizzas (Sette Pizze) sees a pizza delivery girl fall into a world of wonders, fiction and deadly dangers. With Seven Pizzas hitting the internet today, DN spoke to Giuseppe about cutting the entire film in his head long before the first draft was written and how the short became a loving ode to the history of cinema.

What inspired this story of a pizza delivery giving way to strange mystery?

The initial concept of Sette pizze was developed gradually. I just don’t sit and write looking for something, stories usually pop into my head out of nowhere and while most of them come and go, I felt that this one wouldn’t leave me alone. I was fascinated by some aspects of the pizza delivery job: you have these short, weird, uncomfortable encounters with all kinds of people, you have to knock on doors and you never know who’s gonna open it. So I thought: what if the character has to enter the house and can’t leave until she gets paid? She’s stuck. I thought that this was a good start.

Around that time I was studying Alfred Hitchcock’s filmography, biography and the legendary Truffaut/Hitchcock book. I quickly became obsessed with his theories about “pure-cinema” and I desperately wanted to visually express the unsaid, with little-to-no dialogue (that’s why actors and sound guys always hate me), it was tough and people don’t usually get how hard it is but it was something that I had to do in order to grow as a filmmaker.

So I storyboarded over and over, for months, and every night before falling asleep I used to close my eyes and play the film inside my head. I was obsessed by it and the process took a long time. The first version of the script came so much later when the whole the film was already cut in my head.

How did the idea develop from there?

During pre-production, as I discussed the film with Director of Photography Federico Torres, it became more and more clear that this story was growing into something else: a reflection on the urgency of art and a tribute to the history of film. There are many references to the history of cinema in the film (even the small train was chosen and assembled by ourselves and there’s a specific reason why I chose that model), the most important one is definitely Milena Vukotic herself: a legend of Italian cinema.

She has worked with Federico Fellini, Luis Bunuel, Andrei Tarkovsky, Ettore Scola and many more. Having her in Sette pizze was an incredible gift and even though I’m a nobody she was so kind and professional. Watching her bringing to life a character I had written was moving and impressive, an unbelievable experience.

Could you tell us more about the shoot and the gear you used on set?

Production took 7 days of shooting, 2 scenes per day and from 12 to 20 takes per shot. I wanted to take all the time we needed to work obsessively on details. Every movement was made on a dolly and every time the camera moves there’s a specific reason for that. The film was shot on a RED digital camera and paired with a set of Cooke S4, my favourite lenses – the photography is dreamy and out of time. DImago, Andrea Scaglione’s production company, put us in the condition to do the best job possible by giving us everything we needed. On film, the location looks like a big house but it’s actually a castle close to Asti, not far from Torino.

Every night before falling asleep I used to close my eyes and play the film inside my head. I was obsessed by it.

Yes, it is indeed a magnificent location with production design to match. How hard was the castle to find and then dress appropriately for its mysterious, opulent residents?

Thank you, I’m grateful to Location Manager Elena Gnisci for that. Sometimes even if you’re on a budget it’s crucial to ask great professionals for advice because they can help you with their contacts and expertise, I could never have found a castle with the budget I had without her help. This one would have been literally impossible to find as it’s kind of a secret place. It’s pretty big but you can’t see it from the streets since it’s hidden behind trees and walls.

During the first scouting I immediately knew it was the one. There were so many beautiful rooms that it was painful to choose only a few of them. Sometimes a location is so good that it doesn’t just reflect what you had in mind but it actually elevates it into something else, something better. Similar to what a good actor does. And it’s beautiful to listen to what the place has to say and keep an open mind about it. For example, I had a specific movement in mind for the long final tracking shot but we redesigned it with Cinematographer Federico Torres when we realised that the location was screaming for something different.

Production design credit goes to Eleonora Diana who did an amazing job in using what she found at the castle, building fake walls and finding more props, she beautifully created this strange world I had in mind. Anyway, if you really like the location and if you have €4,800,000 to spare, I heard that it’s for sale. 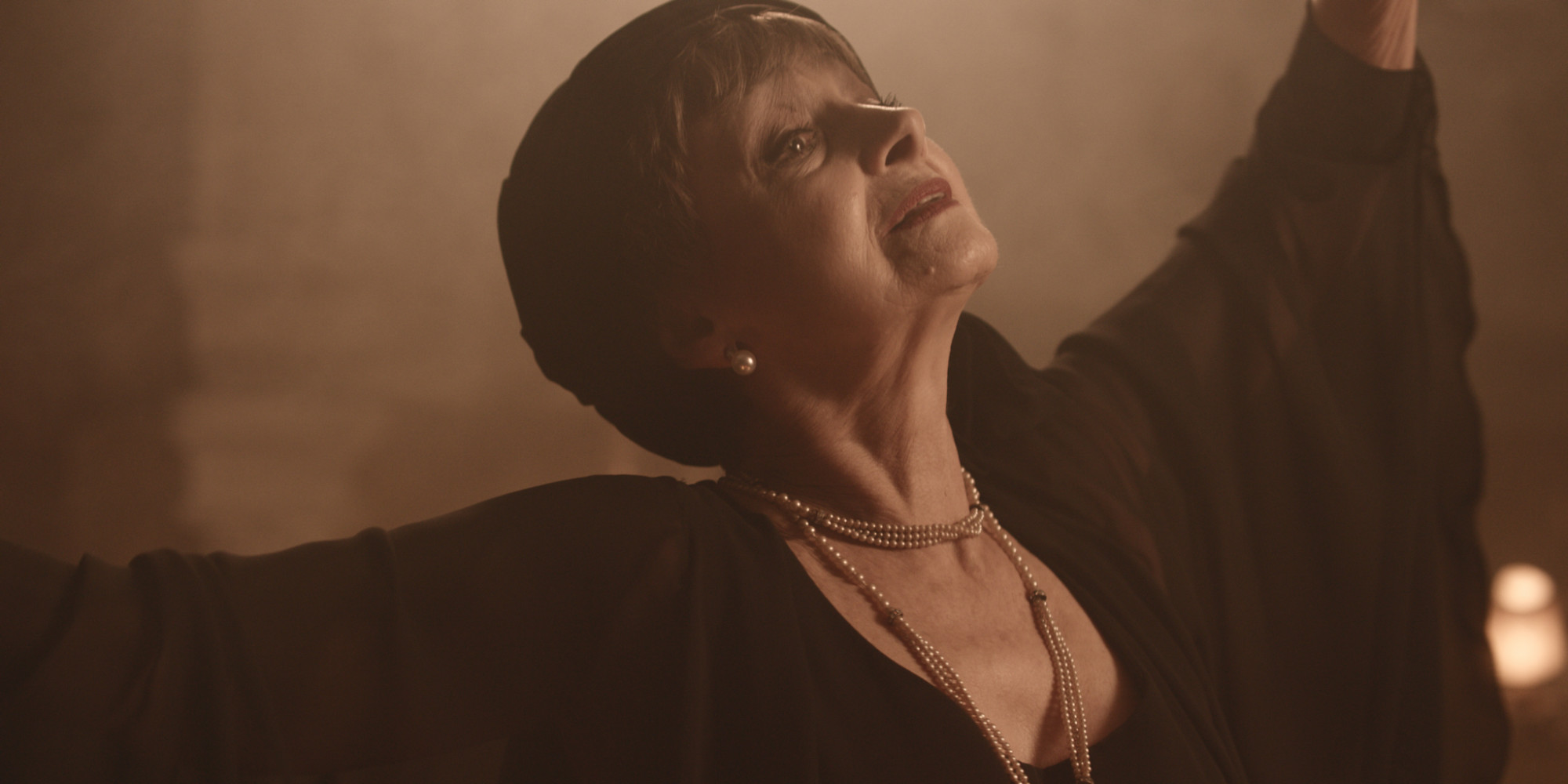 How straightforward of an edit was this?

I edited the film myself (I started out as an editor) but it was no big deal since the film was already exactly cut in my head so we only shot strictly what we needed, no coverage.

And finally, what do you have planned next?

I’m working on a documentary and writing a feature, it’s a low-budget comedy. This time with dialogue, I promise.