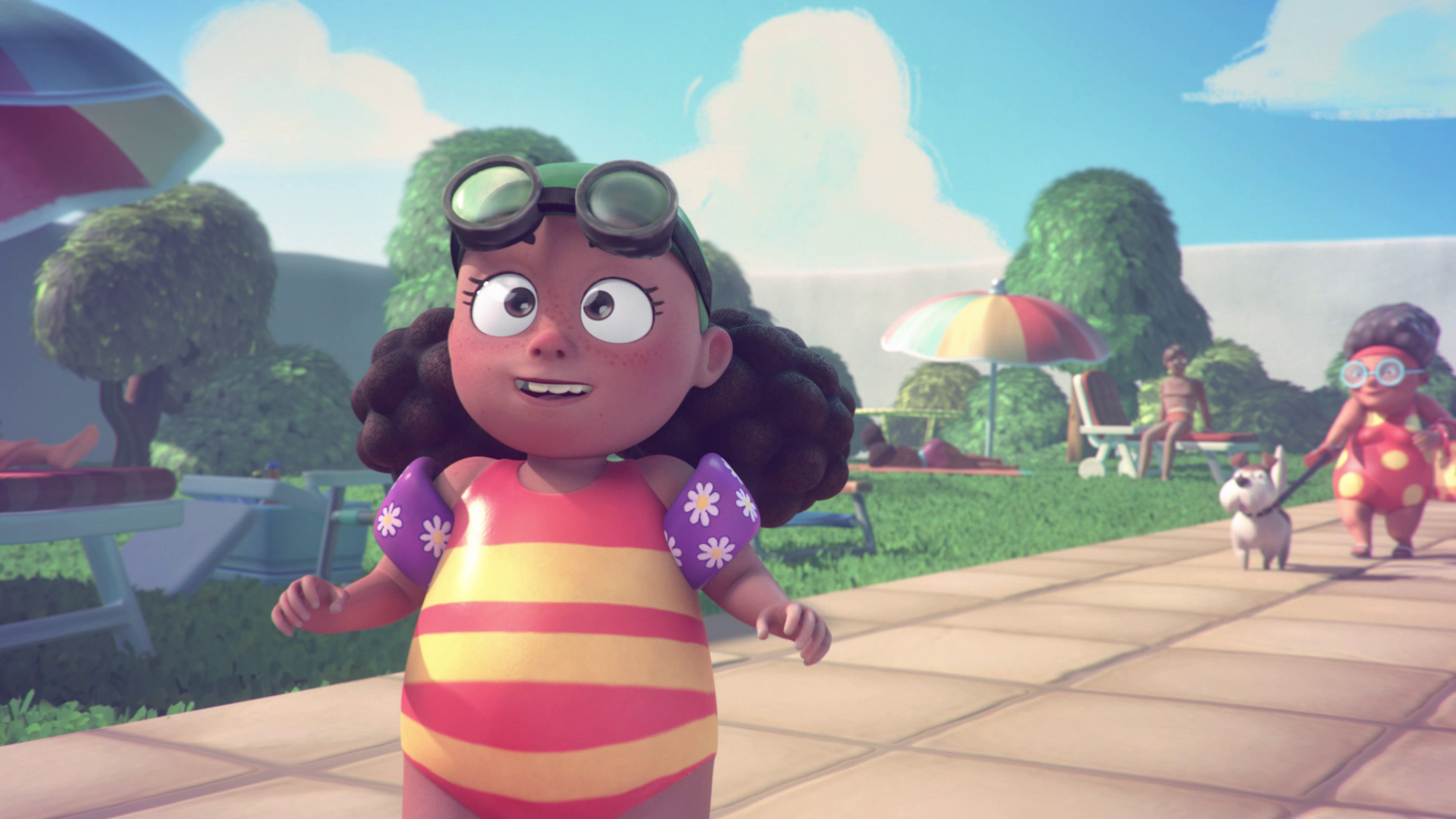 One of four films screened during the Annecy closing ceremony earlier this year, animated short Belly Flop from Cape Town-based studio Triggerfish, is the charming as hell story of a young girl’s plucky determination to learn how to dive despite being overshadowed by the aerodynamic grace of a spotlight-stealing older rival. Co-Directed by Jeremy Collins and Kelly Dillon, the animated short got underway after Dillon’s screenplay won an internal scriptwriting competition at Triggerfish in 2011, becoming an ongoing downtime passion project for the studio. About the inspiration for the short’s splashy heroine Dillon says:

“The character of Penny was inspired by a girl I au-paired for when I was at university. I remember when she started taking swimming lessons, I admired her persistence in learning to dive properly, oblivious that she kept belly flopping.”

While Collins expands on the long road of production:

“The process of making Belly Flop has been a lot like Penny’s day at the pool: a combination of perseverance, hard work and plain good luck. We started production in 2015 and finished the edit in January 2018, which is why our credit roll is so long. With the exception of the first month – when fortune smiled on us and we suddenly had a full studio at our disposal – during the rest of production we worked with small teams, in short bursts between other projects.”