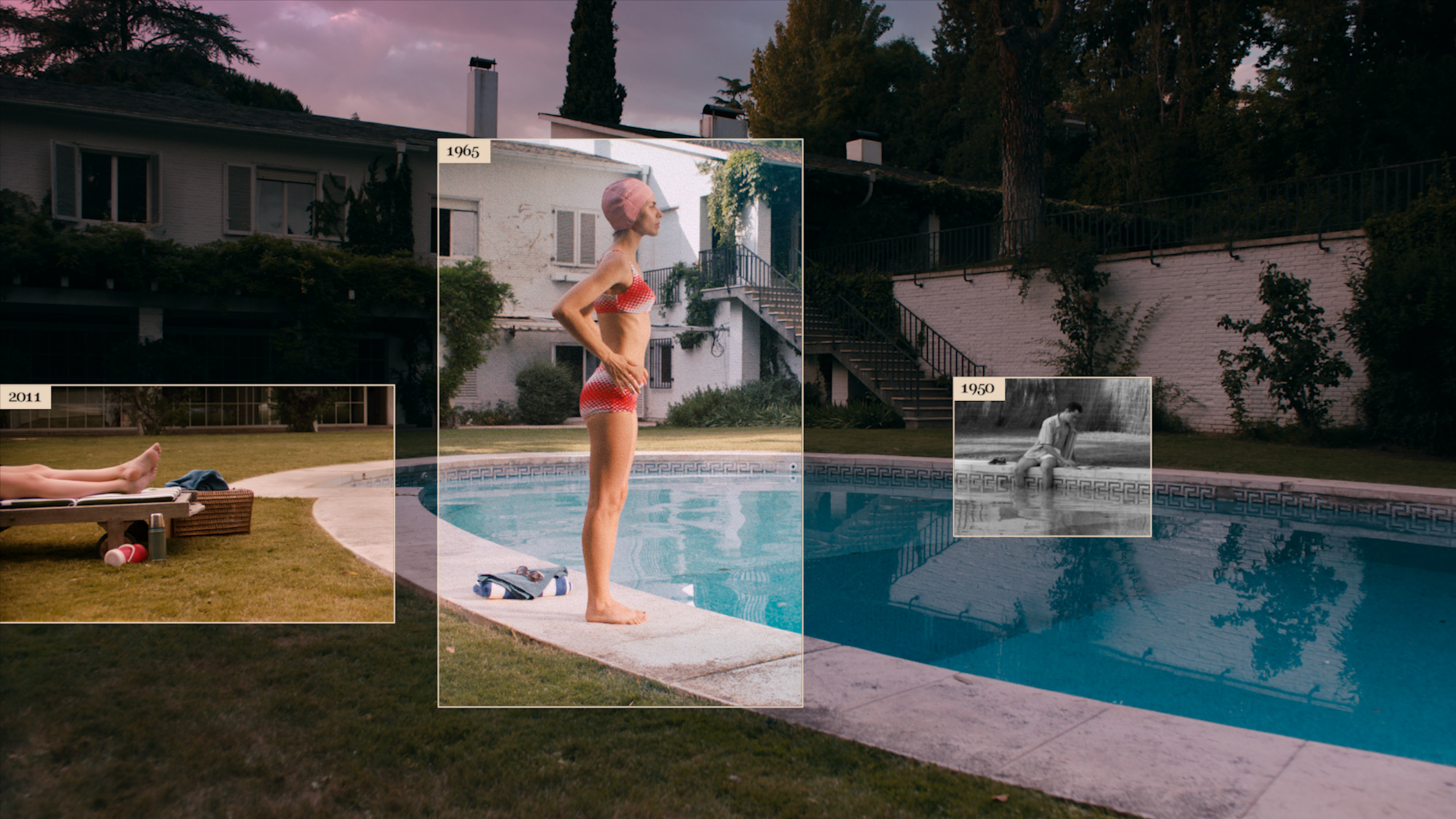 An exquisite rumination on time and the moments we spend across the seconds, hours and years of life, Spanish filmmaker Claudia Barral draws inspiration from Richard McGuire’s seminal comic Here for her multi-layered meditation on the nature of temporality, “__ /__ /__”. DN caught up with Claudia to discover how she threw open a window to the 4th dimension in this elegant exploration of the relationship between time and space.

How did you come to put the concepts of Richard McGuire’s iconic comic Here into motion?

This project started from my personal discovery of Richard McGuire’s work. I connected with the concept of Here in a way that inspired in me an artistic reflection of time and space. I started to develop the story with my father, who is a writer and, at the same time, the most suitable person to support me in this personal journey, and between us we elaborated the script that gave voice to the story.

Parallelly, I began a the laborious process of searching for locations. The house was crucial for the principal plot and for the secondary plots that were developed within it too. Once we found it, everything flowed and we were able to finish the script. Then, for the next two months, we worked on cinematography and art direction, to finally shoot the film during the last weekend of June, 2018.

I connected with the concept of ‘Here’ in a way that inspired in me an artistic reflection of time and space.

What was your process for devising the various scenarios within the frames and their relationship with one another? Is this a project you approached from a visual perspective first more so than a written one?

I would say that, in all my works the aesthetic sense predominates over the rest of the elements. Since I was little I felt attracted to art in its most plastic sense and developing this project gave me the opportunity to explore this resource in a unique way.

Concerning the script, I wanted to deal purely with the space / time concept, leaving in the background the “beginning, middle, end” scheme. I wanted to make a short piece and focus the emotions on that fleeting journey, which so often happens, reinforcing it from a more poetic and visual aspect. Furthermore, each of the dates has a temporal relationship with the others. All of them conform to the family tree of the house, generation after generation, keeping a temporal coherence with each other. There are many small stories and connections, for example, the girl in the hall that plays at the same time as the child hides behind the door in the next sequence (same date), and many more that I invite you to discover. 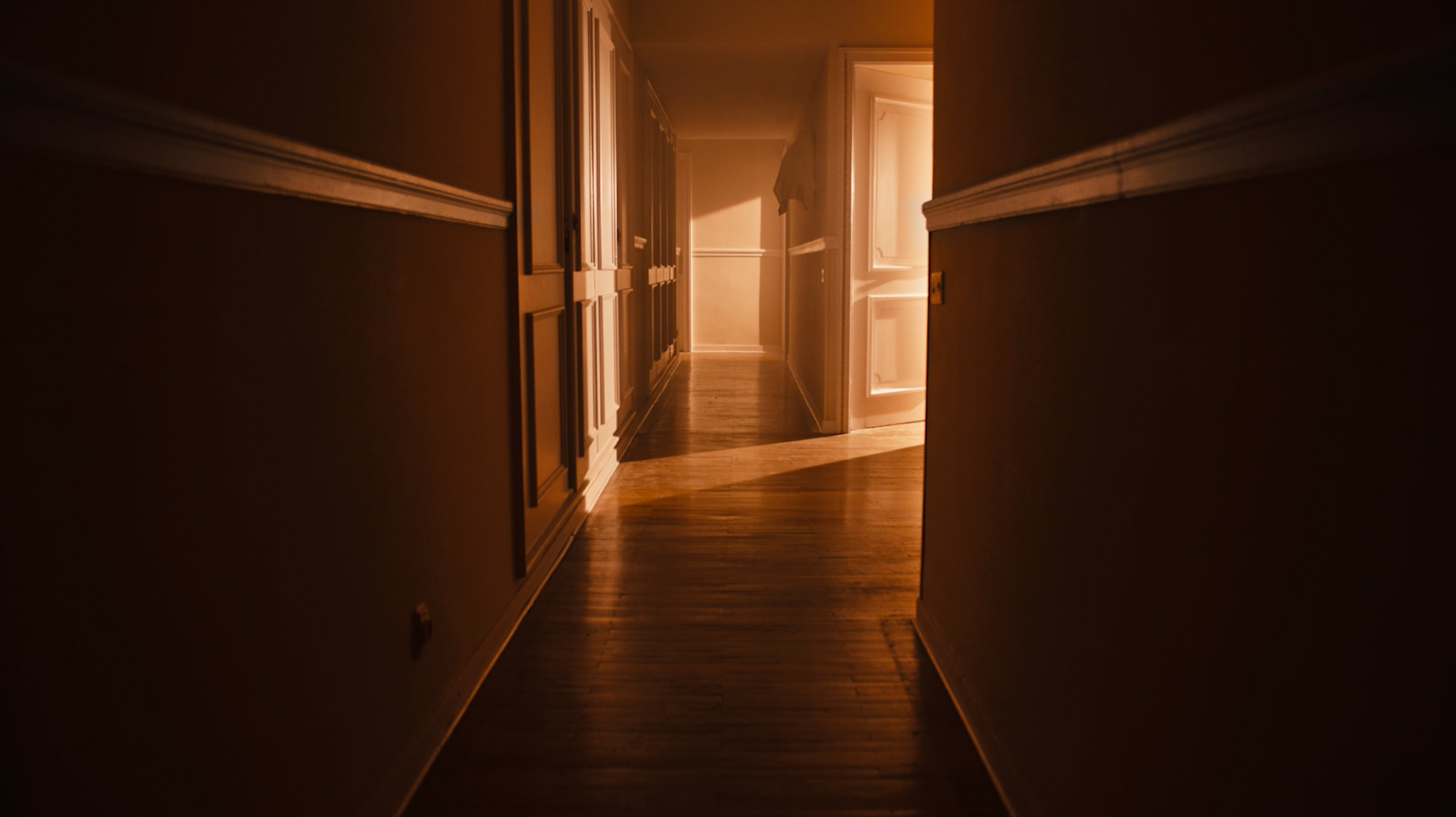 Jeff Espinoza’s resonate voice feels like a perfect vehicle to deliver the conceptual depth of the narrative? How did the narration evolve over the course of the project?

I edited the project using the voice of a friend in a preliminary phase. I wanted to be sure that the extension of the text was the right one or if it was better to shorten it a bit. I always had a very clear reference of the voice, and when I heard Jeff for the first time I knew he was the right person. Jeff represents that figure who visits and remembers after a long time, and the strength and truth he transmits perfectly accompanied the purposes of the story.

I love the shift of the piano from diegetic sound to score, was that always present or something you found during the post production process?

The diegetic irruption of the piano was present from the beginning. In fact, the piano was a key element that was not in the original location and that we had to bring in and move… to the second floor! The intention was using the music as an impulse and help to fly over each room in that moment when the voice disappears and we immerse ourselves in a purely visual journey in which the spectator should be part from the first note.

In all my works the aesthetic sense predominates over the rest of the elements.

The overall postproduction process was delayed until the beginning of November, where editing and VFX from Madrid, color grading from Berlin and sound design from New York came together. This last phase was the hardest because of the distance between all the parts involved and the desire to see the result soon. 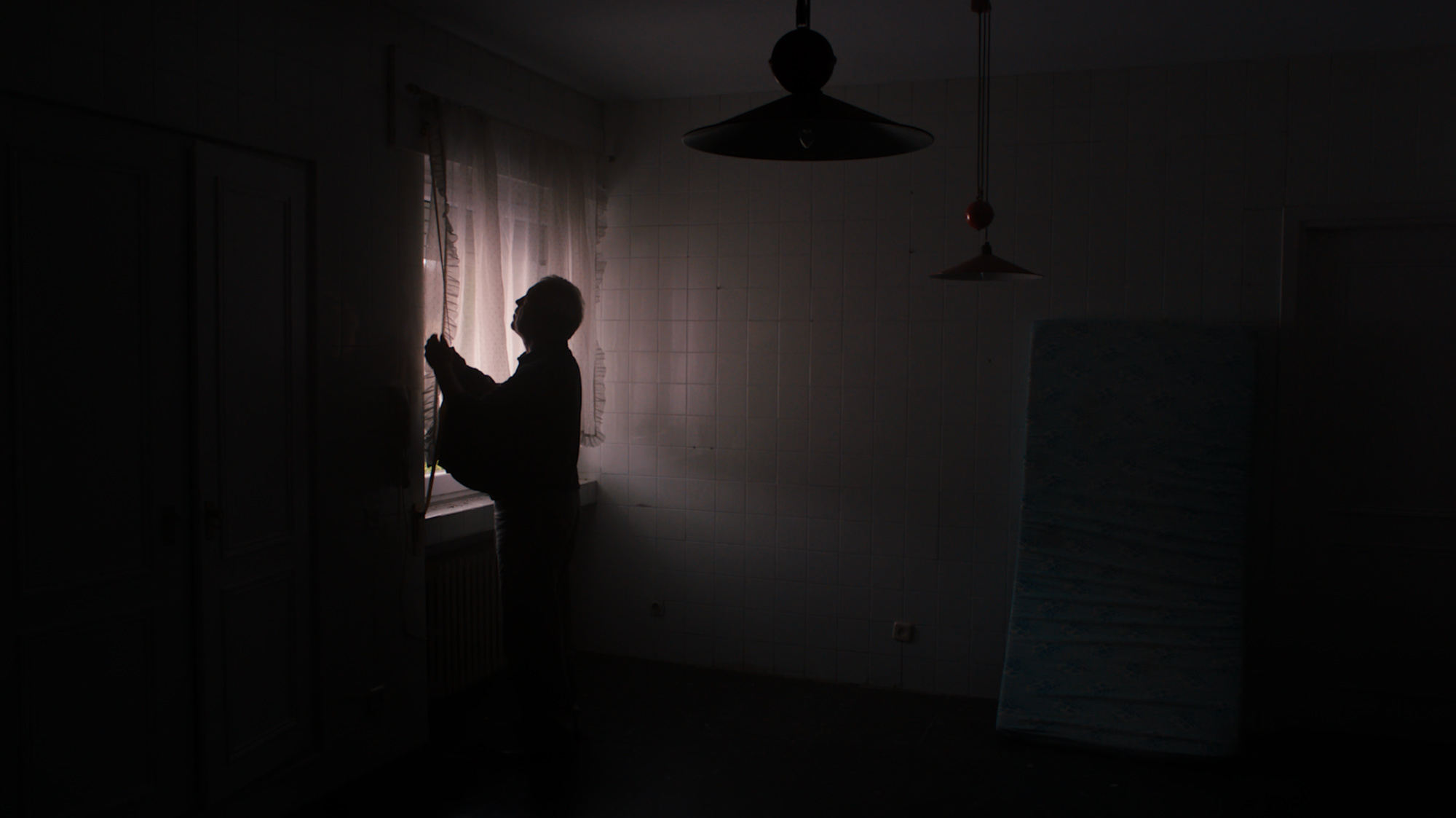 Ultimately, all the efforts and the waiting turned out to be worth it. The team were delighted with the result. It was absolutely comforting to get out of the publicity world and its rules for a bit where we can’t always express ourselves freely, and even more so when the result and the feedback from the public is so wonderful. “__ /__ /__” is the result of the enormous effort and cooperation of friends and colleagues who are cinematographers, art directors, sound designers and actors. It was an absolute pleasure for me to share this project with them.

Will we get to see you venture out of the world of commissions for another personal piece soon?

Of course!! Developing personal projects is my biggest stimulus and I hope to keep doing this kind of work. At the beginning of 2019 I will travel to Paris to discover the analogue format and shoot a film project for the first time. I am very excited and I hope to share the results soon!

“__ /__ /__” is one of the many great projects shared with the Directors Notes Programmers through our submissions process. If you’d like to join them submit your film.