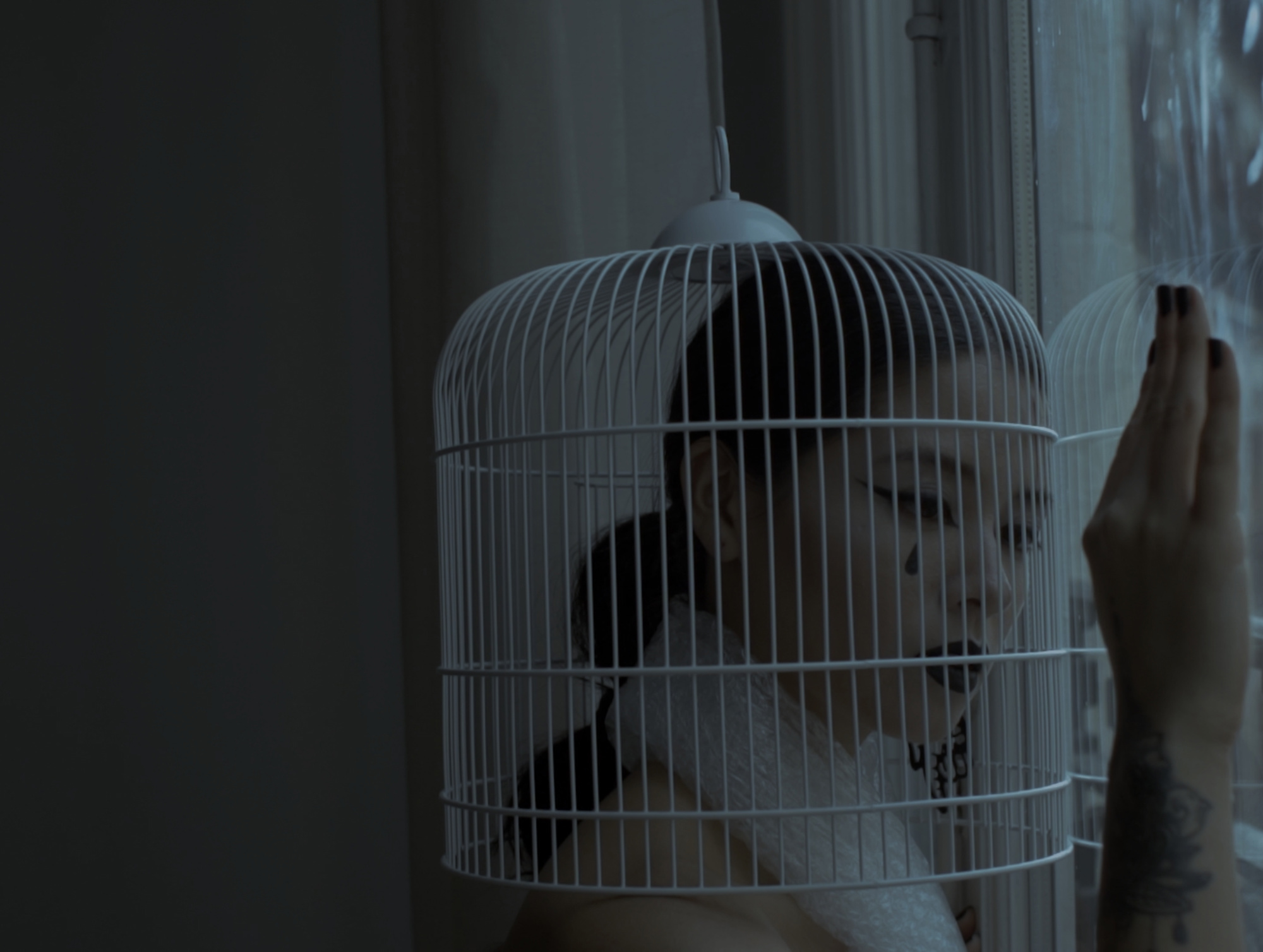 After taking us inside a hunted man’s arduous journey through a post-apocalyptic world in short drama LOST earlier this year, Spanish filmmaker Rafa G. Arroyo returns to Directors Notes with FREEDOM, his restrained fashion film collaboration with Madrid post-punk label THSHT. A markedly more austere approach to fashion filmmaking than we typically see here at DN, we asked Rafa to explain how he and his team found beauty in simplicity.

The aim of FREEDOM was to create something totally different from what we had made before. THSHT was going to launch a new garment so we decided to make a fashion film for that launch. I didn’t have to pitch for THSHT since they have absolute confidence in my work. I always feel very comfortable working with them because they allow me to develop my ideas without putting any impediments in the way. We knew we had to represent the freedom to choose who you want to be and not what others want you to be, so Pablo Hablo (Art Director), Stas Nikitin (Producer) and I discussed how we could express that freedom in a more heterodox and visual way.

We decided to shoot in an empty room similar in symbology to a prison where our character couldn’t escape, even if she had the means to do so. For it, we created a gloomy space where sunlight doesn’t come and the person locked up was trapped in a lethargy. Furthermore, to encourage more decline, I used the 4:3 aspect ratio to emphasise that she’s caged.

When we were deciding on the aesthetics, Pablo paid a lot of attention to the art design since we wanted something extravagant for the fashion concept and that we could interact with, in this case, the bird carrier. Alongside that Nahomi Armas (Make up) did a formidable job of characterizing Alexandra Cuba our model and actress as a doll (an inert being).

In the end it is more difficult to look for the beauty in simplicity.

The filming was quite complicated because the location was on the third floor and I had to shoot it all with natural light. To give that feeling of decline, I used the light of the last hour of the day, so we had to shoot all the fashion in about one hour and a half.

Editing and color grading was quite easy since we had everything marked out. The laborious thing was to find a sound which matched the feelings that we wanted to transmit. As Pablo and I couldn’t find anything, I decided to create the sound design with royalty-free sound galleries and the truth is that the result impressed me a lot.

All the THSHT team are very happy with the fashion film we made. In the end it is more difficult to look for the beauty in simplicity and I think we have achieved that. The team was fabulous and we hope to repeat the experience with more work of this quality to get ahead professionally.

I’m not exactly sure what I’ll be making next. I recently released a documentary about my mother who’s an artist and an experimental short film based on a play that explores psychological maltreatment. Right now I’m working on several projects as a cinematographer, while I’m writing two personal works. I’ll shoot one of them very soon.