A film which first caught our attention as the debut short out the gate of The Bureau of Creative Works’ initial crop of films, Mylissa Fitzsimmons’ coming of age drama, That Party That One Night evocatively taps into the awkward state of being that is adolescence. Pleased to have the opportunity to learn more about the production story behind That Party That One Night, DN invited Mylissa to tells us how she raced against the clock to complete this love letter to the ineptitude of youth.

That Party That One Night came out of my desire to make a coming of age film. I grew up on John Hughes films and idolized the confidence of Molly Ringwald while at the same time the awkwardness of being a teenager. So TPTON became my love letter to those feelings and time.

Based on my own experience of high school I had set out write a feature film but ended up with a few scenes that weren’t working in the greater context of the script but I really liked this moment and it kept coming back to me, so I kind of just kept the idea in the back of my head for future use. Then, I received a small grant from The Bureau of Creative Works to make a short film with the caveat that I had 3 weeks to completely finish it. So I immediately thought about That Party That One Night.

I wrote it in 3 days and reached out to actress Melanie Neilan who I had worked with previously on another short film. I had written the part for Cole specifically for actor Evan Crooks after seeing him on Hulu’s Casual and was able to reach out to his manager through a casting director that I had met through The Los Angeles Women’s Film Collective, a film group I’m part of in LA. 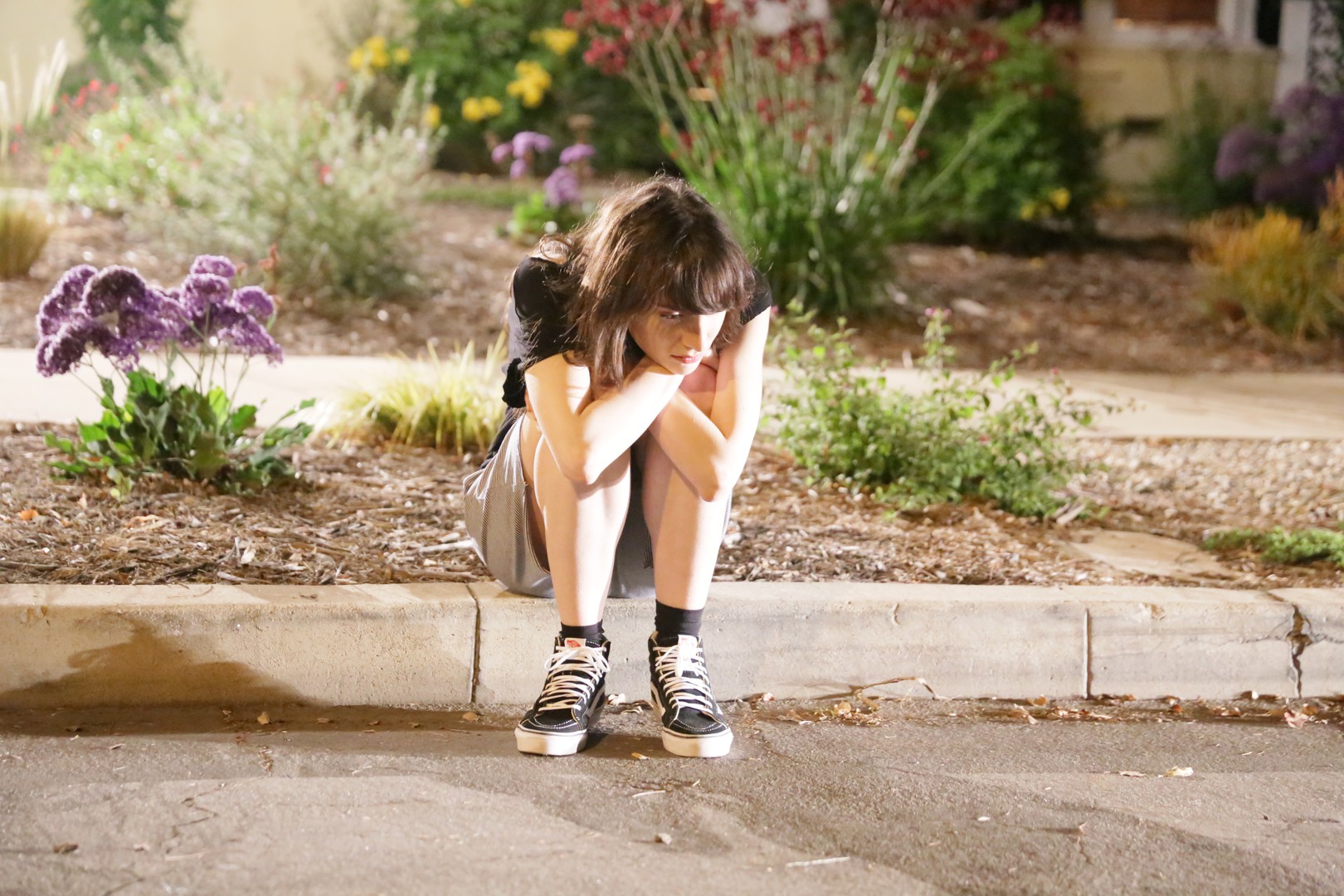 Once he was on board I worked with DP Pedro Avila who I had worked with on past projects and who I knew that this film couldn’t be done without his talent and his RED camera. Also, he was the only one who understood me when I would say things like, “This scene is inspired by that one scene in E.T.“. We asked our friends who we had worked with on various other films to fill out a small crew up and with the addition of Producer Kristen Murtha and Executive Producer Allen Murray we had our cast and crew secure, all within that first week.

I had to come up with a new ending right there on the spot that could be shot in 30 minutes.

We shot the film over 2 nights using a house location that was donated by a friend and a parking lot location in Burbank. We had a very strict time frame and we actually weren’t able to get the final scene of the film due to being kicked out of our location. So I had to come up with a new ending right there on the spot that could be shot in 30 minutes before we had to wrap out, having no idea if it was going to work. It was the only time I have ever said, “I’ll fix it in post”. But when you have a limited budget, limited time and problems on set it all comes down to compromise, making quick decisions and having to trust that you can figure it out somehow.

The night we wrapped we went straight into editing. Editor, Jaffe Zinn and I had gotten a 7 day free trial for an editing program so we knew we had to get it done within that time frame. So we set up in my garage/studio and had very long nights where we both became deathly ill but managed to finish editing the film in 4 days. That brought us to the end of week 2.

With 1 week left to finish, it was all a matter of using the same post people I had worked with previously to get sound and color done within the week. From writing the script to casting, to shooting, to editing, to post all in 3 weeks. We made a short film about a high school experience with amazing collaboration amongst talented people.

Mylissa will be returning to DN next week for a discussion about her unnerving new horror short Who Decides so be sure to keep an eye out for that.