We Are The Weirdos: The Final Girls Present A Selection of the Best Horror Shorts in Recent Years 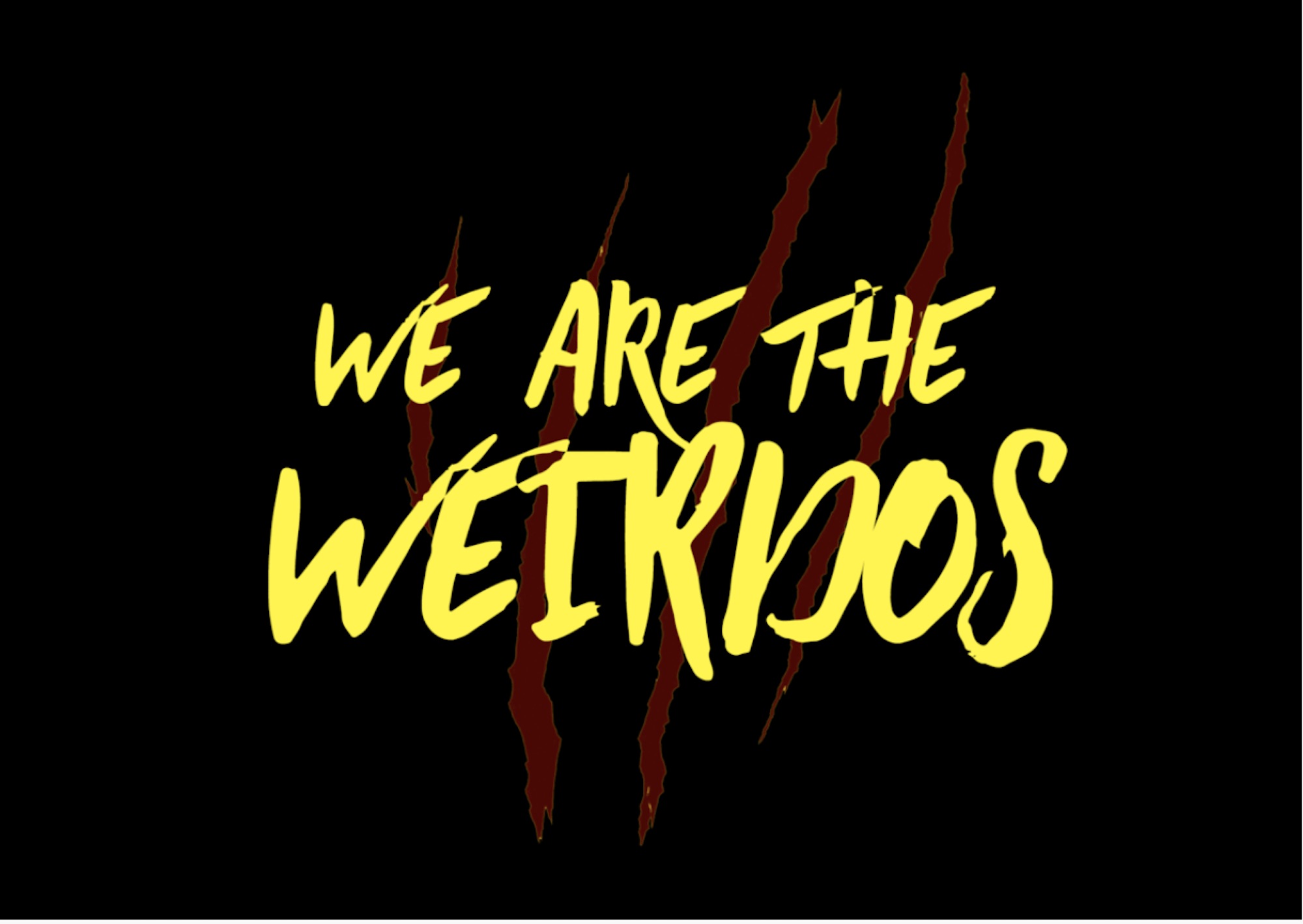 Coinciding with Women in Horror month, feminist horror film collective The Final Girls have put together a collection of short films that will be touring UK cinemas together. The selection boasts a strong and broad range of international female filmmakers and films, highlighting the best in the genre offered over the past year in short form work. DN, having already previously spoken to selected director Rebecca Culverhouse about #eatpretty, spoke to three of the other highlighted filmmakers about the inspiration behind their work.

Where did the idea for Catcalls come from?

I had been working on a short horror script back in 2016 that played on the idea of women as predators, then one night my muse came in the form of a creepy guy. A friend and I were walking home and this guy pulls in to ask us for directions and then… there he is masturbating in his car. We got his license plate and the police said when they called to his house to call him up on it he was crying. I found the idea of a predator who was so intimidating to us in a moment but could then be so pathetic and vulnerable really interested me. So, Catcalls was born. The themes around street harassment had been something I wanted to make something about for a while and I feel this story really captured that perfectly.

I loved the homage to Halloween at the beginning, were there any other films or filmmakers that inspired Catcalls?

John Carpenter was a massive one for sure. Myself, the Production Designer, Emma Lowney, and the DP, Piers McGrail, used Gregory Crewsdon’s photography as a reference for the look too. The 1942 Cat People was a big influence too. Also, I feel like Ana Lily Amipour’s movie A Girl Walks Home Alone At Night was a film we would always reference too. Oh and Under The Skin!

The themes around street harassment had been something I wanted to make something about for a while and I feel this story really captured that perfectly.

How did you go about creating the look for the cat creature, was it inspired by anything in particular?

I have two myself, so I am pretty obsessed with cats. I love their body language and the athleticism of them. I used a lot of references of hairless animals, bears, big cats, and emaciated animals with their spines showing. We had originally wanted to create a whole suit for our actress Cesca to wear but we didn’t have the money or time so we had a prosthetics artist, Vincent Lam, create a spine, ears, and one claw (we could only afford one) then our make-up designer, Audrey Corrigan, and costume designer, Jaime Nanci Barron, came together to find a way to put those prosthetic pieces together with a black morph suit, some PVA glue, black make-up and hair. It all came together really well and I love the fact we have so much practically there on screen. We then added glowing eyes and a tail in post.

I am currently writing two features, one of which is part of the Screen Ireland POV scheme. They have chosen six projects with female writers and/or directors, then three will be greenlit, with a budget of up to €400,000 each. That project is You Are Not My Mother, produced by Dee Levins of Fantastic Films. Then my other project is a creature feature/coming of age story in development with Fastnet Films.

What’s the origin of Inseyed and how did you begin to develop it?

Last summer I stumbled upon a book called Beautiful Darkness which is a twisted fairy tale about small creatures who live inside a dead girl’s body. I took inspiration from a small part of that book and expanded on it and made it my own.

What inspired your animation style aesthetically?

I was inspired by what I enjoy personally. I love horror and true crime and was really into 70s music that summer so decided to somewhat combine them. I set my film in the 70s so the wardrobe of the girl and furniture and props were pulled from references from that era. I also decided to make it set in a bathroom because of my love of Psycho and included a shadow in the shower curtain in one scene as a nod to the movie. I took inspiration for the forest, mainly the lighting of it, from a beautiful scene in Paranorman where the light in between the trees is very bright and blown out. I had a lot of fun combining some of my favorite things into my film.

I had a lot of fun combining some of my favourite things into my film. I was inspired by what I enjoy personally.

Do you have any new projects at the moment?

Currently, I am working at Reel FX as a Sets & Environments Artist. I’m wrapping up on Ugly Dolls which will be out later this year and am soon starting on Scooby which is set to come out in 2020. I’m very excited to be working on these films and can’t wait for them to come out! 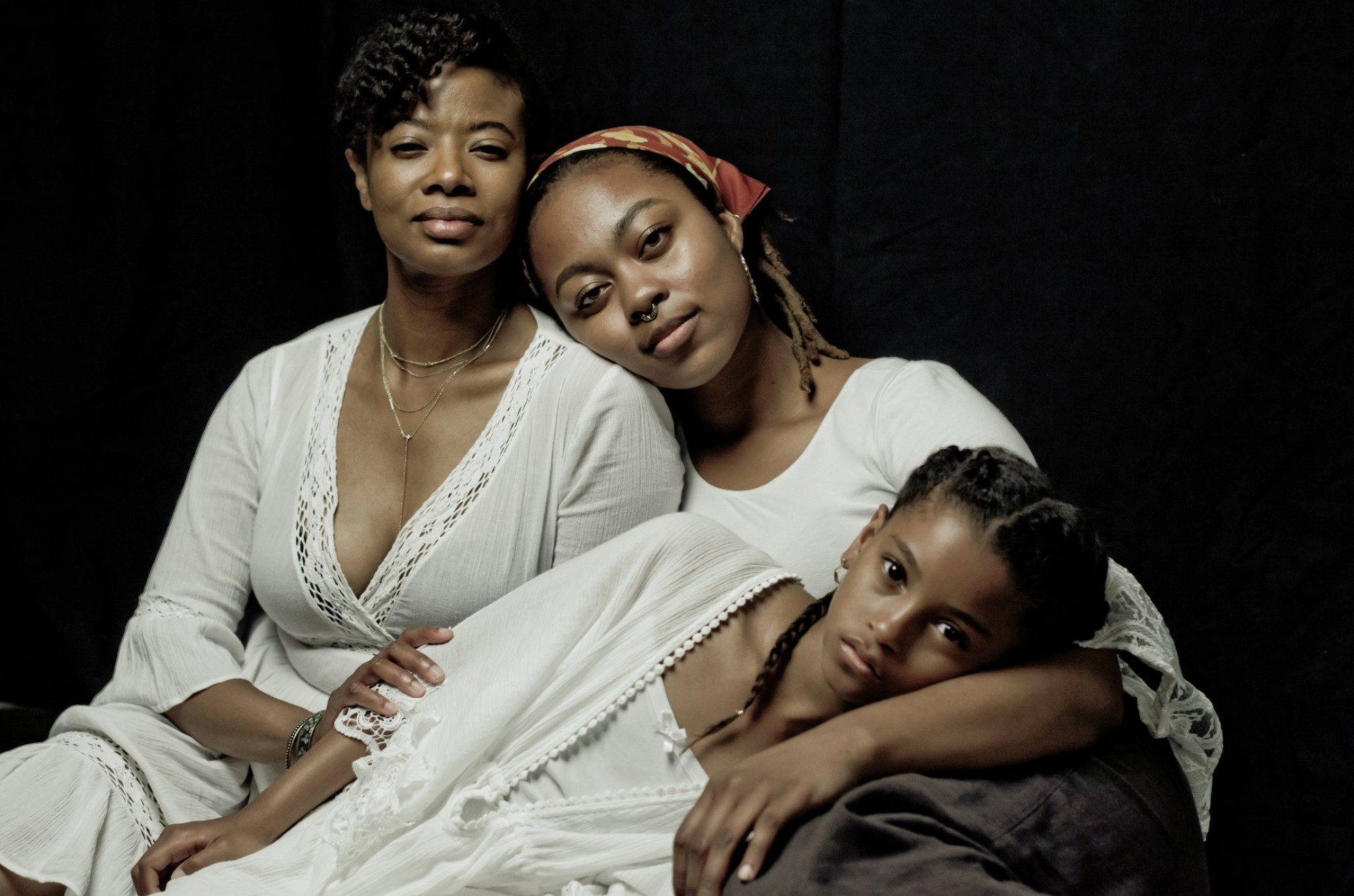 What was the starting point for Blood Runs Down?

Blood Runs Down comes from a couple of different places. The story took on different ideations over a five year period while I was adapting to some pretty drastic life and family changes and working through them. I began simply writing an ode to Black women and their daughters. One of the most persistent themes that stuck with me, and apparently many other creators last year, was generational trauma and how young girls inherit emotional baggage and pain from their mothers in an ongoing cycle.

While I think many people can relate to this, I’m still glad to have kept my focus on the very particular ways that Black women and girls have passed on and inherited trauma – and more specifically, girls like me growing up and living in the American South. I come from a persecuted people who turned preservation into a culture. So, that and resistance also became a huge theme and that’s when my growing up in Southern Louisiana started to play a larger part in the story. Especially the connection we have to water here. Ancestors of many Black New Orleans families came to this city through the same waters that would flood and devastate it centuries later. Water came to represent how I’ve always understood blackness in the South: tragedy and rebirth.

How did you go about creating tension, was it more script-based or was it during the blocking or editing?

I think the tension was mostly present in the subject matter itself. My cast and crew, we really treated this like a spiritual project because it was. We all had very specific ties in the story in some way, some we shared, others we didn’t. So, we made sure to push through with this project in a sacred way, to preserve the spirituality of it. I think the tension held up because people respected that, and also because they respected the silence. There are plenty of quiet moments in the film that were preceded by quiet moments on set. It was almost as if the crew would also get into character. Everyone we brought on understood the pace of the film and somehow we all magically moved together.

As OutKast says “The South got somethin’ to say.” I want to be the young Black girl from Rosedale, Louisiana who gets to say a little something in the horror genre. It’s about damn time.

Blood Runs Down has such a distinct colour palette that doesn’t get alleviated until the final moments of the films, could you talk about your decisions behind the visuals and cinematography?

We very much wanted to honor and contribute to a Southern Gothic aesthetic that had already been set up by people like Kasi Lemmons with Eve’s Bayou or Julie Dash’s Daughters of the Dust. Films like these culturally and visually made sense to my team and I, and often dealt with the same themes. Southern Louisiana is such a visual place and it’s one of the biggest motivations for my writing. I’ve grown up curious about the things and the people I see and the uniqueness of them – that they all have a story that I want to get to the bottom of or at least honor.

There’s something about standing in my great-grandmother’s backyard and looking past a row of trees into a sugarcane field and not exactly knowing where I am in time that’s beautiful but also terrifying. That’s what I love about this place. It’s so haunting and beautiful and romantically dark. That’s what I want to showcase in my films and offer to horror, the beauty in fear.

I’m currently working on two more short films, both set in the South in very different ways. The first is a bridge to a much more ambitious, louder film that I hope to turn into a feature soon after. They’re both within the horror genre, one more squarely than the other. That’s the genre that I’ve invested the most into and wish to keep moving forward in, but I won’t limit myself if other things happen to pop up.

I’m mostly just excited! I’ve grown up a huge horror fan and never saw myself reflected in the genre in a satisfying way. Not only do I get to do that now, but I’m not the only one. At the perfect time, a door has opened for really good, thematically heavy horror that isn’t inclusive of Black people but centers them. I’m all about that. As OutKast says “The South got somethin’ to say.” I want to be the young Black girl from Rosedale, Louisiana who gets to say a little something in the horror genre. It’s about damn time.

We Are The Weirdos is touring from the 16th Feb to 28th Feb, screenings and tickets can be found here.