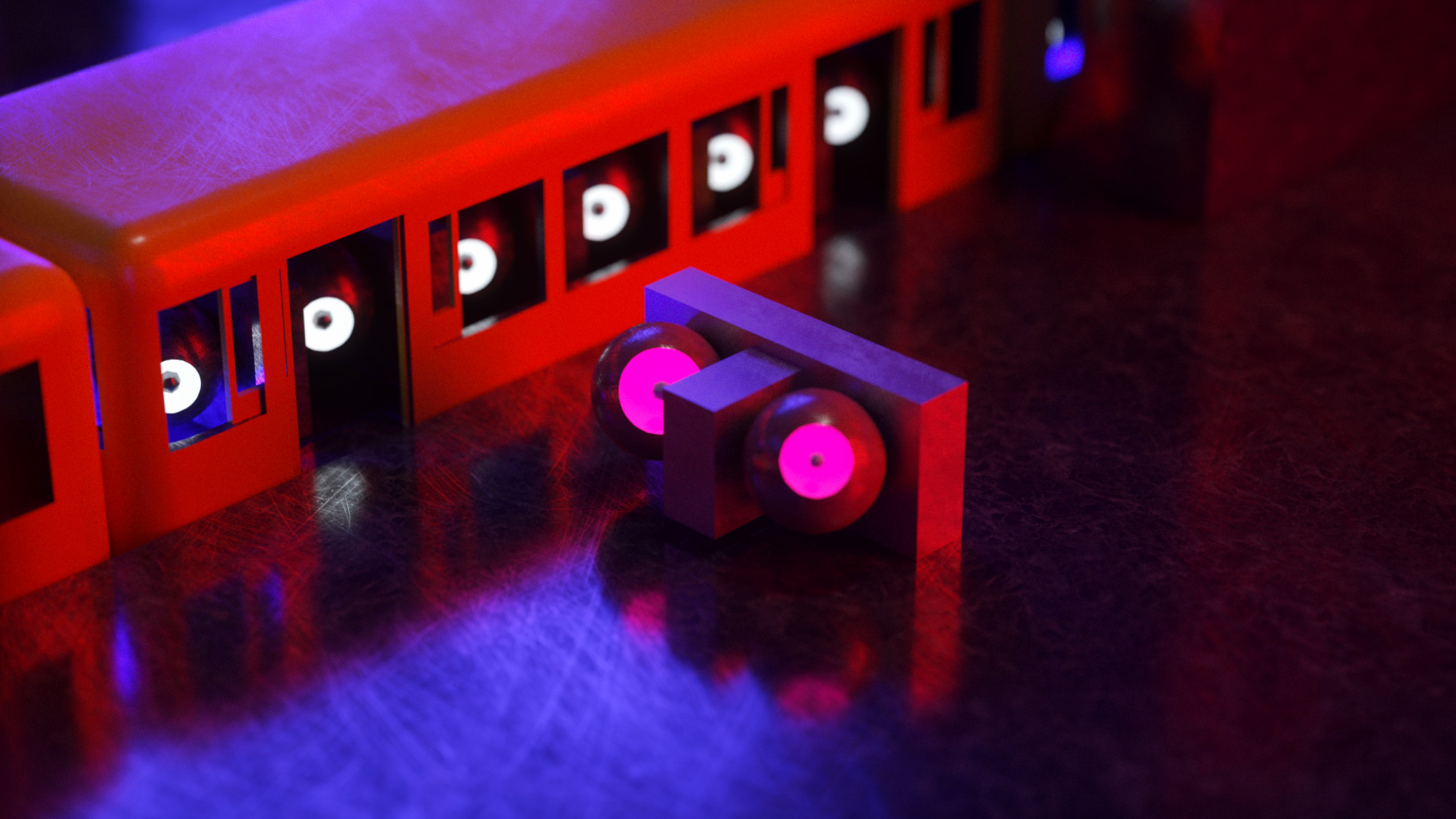 Conceived during his own self-prescribed flooding therapy, Berlin based Director, Motion Designer & Tattoo Artist Ah!Serif’s 3D animated short Phobias takes a playful, minimalistic swipe at some of the most common fears which comprise our collective manifestation of the world’s most common mental illness. DN asked Ah!Serif and his close collaborator, Sound Designer Suheyl Gur, to share how they made fear fun through retro stylings and sounds.

Phobias are one of the most common mental illnesses in the world. I’ve had a strong fear of the subway for a long time however, in the last few months, I’ve been using the subway for the purpose of learning how to fight against this fear. I thought of the idea for Phobias during these destination-less rides.

I wanted to show the fears without taking them seriously.

I decided to focus on the triggers of the phobias. From a design perspective, I preferred minimalist characters, 90s retro wave style colors and unrealistic simulation animations because I wanted to show the fears without taking them seriously.

Once I’d finished the first style frames I talked with my talented musician friend Suheyl Gur, then we started to work together.

Serif and I had talked about this project in the past so when he sent me the samples, I got really excited. To pair with the retro style of the video, I chose an 8-bit chip tune style of sound to give it an enjoyable mood. I also used old school synthesizers to make them feel more retro. As Serif said, we didn’t want to scare people.

We were inspired by the elevator-lift style music, the kind that reminds you of the anticipation you feel waiting for the elevator. However, I chose to make the music more organic and lively. Part of that process was recording some live instruments for this music.

The whole film took two months from the script to the final render. We’ll have the pleasure of illuminating the big screen with the film for the first time in between 08—12 May at 15th Pictoplasma Berlin.