Stepping out of the typically collaborative approach associated with filmmaking, German Director Juliette Hüsler decamped to the forests of Poland for solo project Circle – an experimental depiction of the theory of the multiverse, in which a woman divorced from the limitations of linear time expands her body to exist in different places at once. As part of Circle’s premiere on DN today we invited Juliette to tell us how she ‘shot blind’ without the assistance of a tripod and drew inspiration from the ideas of quantum physics.

How did Circle come into being and what technical challenges did this being a solo project, in which you also star, present you with?

I’ve found it interesting to make a film completely by myself. Circle was shot on a Terra Kinefinity 6k with Nikon AIS primes and a 1.33 anamorphic adapter in the forests of Poland when I was staying there last summer in a tiny house. Of course, I could not be behind and in front of the camera at the same time and the lack of a tripod led to the decision to use a chair, a box and some wires to position the camera. Since I’m also the woman running through the landscapes I had to shoot “blindly” and check the takes afterwards.

I’ve found it interesting to make a film completely by myself.

It was an amazing experience to make a whole project by myself. I’m used to shooting in a “normal” context with crew, production, assistants and lights… It´s all about collaboration. That’s what I love about film but with Cirlce it was different, it was more like painting a picture than shooting a film. 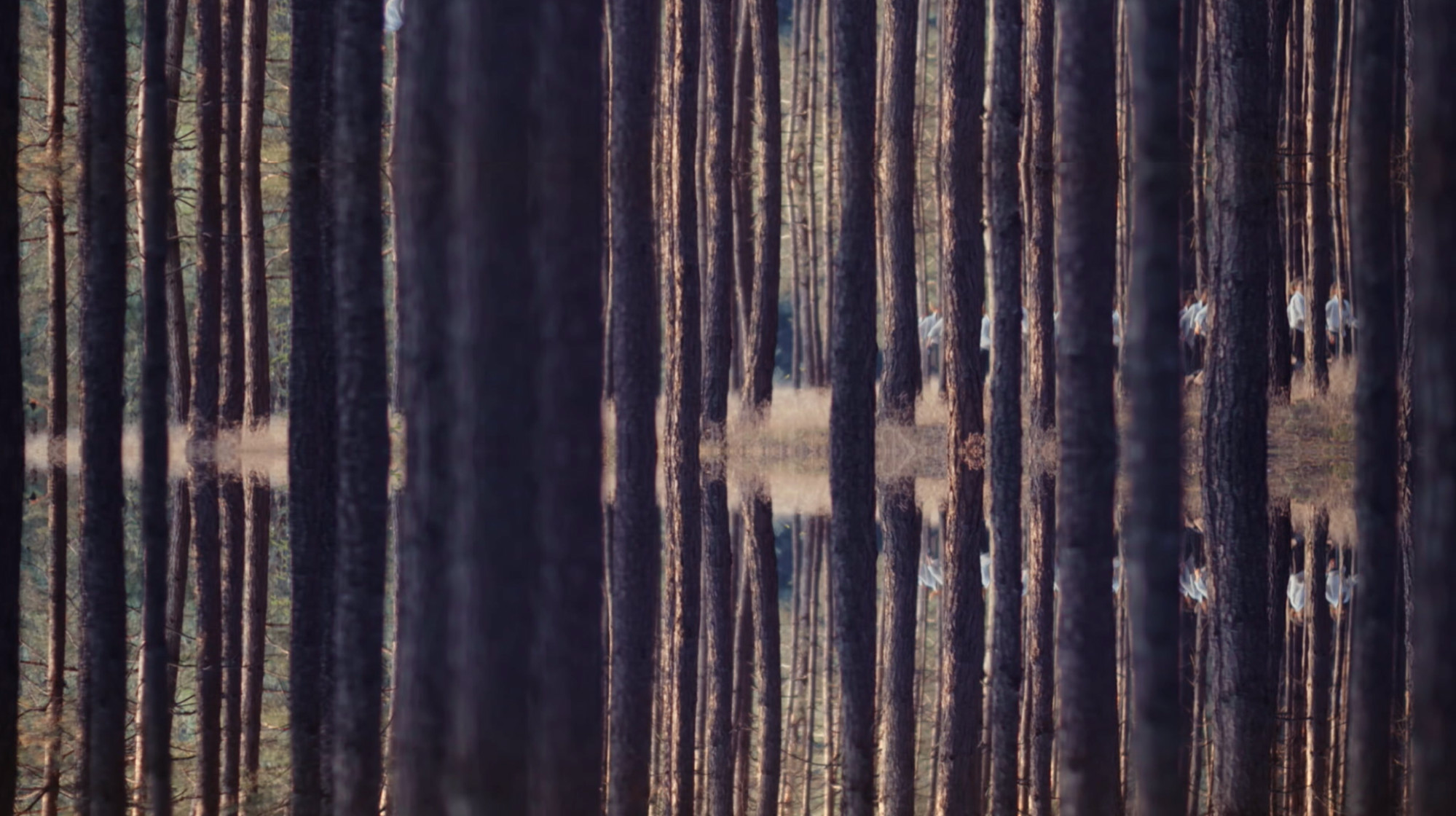 Is there a particular source of inspiration which underlies the film’s content and structure?

A lot of ideas came together while experimenting in the forest. The initial concept of the video was influenced by the ideas of David Bohm (a brilliant quantum physicist and explorer of consciousness). His contribution includes the fragmentation of the contemporary society and what fascinated me the most, is the concept of living outside the bounds of space and time, no future, no past, with everything always unfolding and enfolding into the now. The “echo” effect seemed like a perfect illustration for that as you freeze the movement and make it more understandable.

Could you explain how you arrived at the idea of a continually crawling video frame which very much put me in mind of the physical properties of a film strip?

When I reconnected with the project this February it was very important to me to edit the video in a different way. Yes, film stripes definitely came into my mind but I was thinking more about how to visualise a constant movement. I didn’t want the video to feel static, it should always flow…it should give the audience a sense of constant movement. Something that’s neither ending nor starting. A circle.

It was more like painting a picture then shooting a film.

This philosophy led to the decision to edit the video in this way and was something I came up with after the shoot. I was thinking of how to edit Circle for quite a bit. I also had another project going on but it was always in my mind and in the end it was something which emerged while experimenting in post.

Once I finished postproduction in mid-March, Filip Piskorzynski was kind enough to compose this amazing hypnotic piece of music for the video which was recorded in Hamburg with layers of piano, guitar and synthesisers. 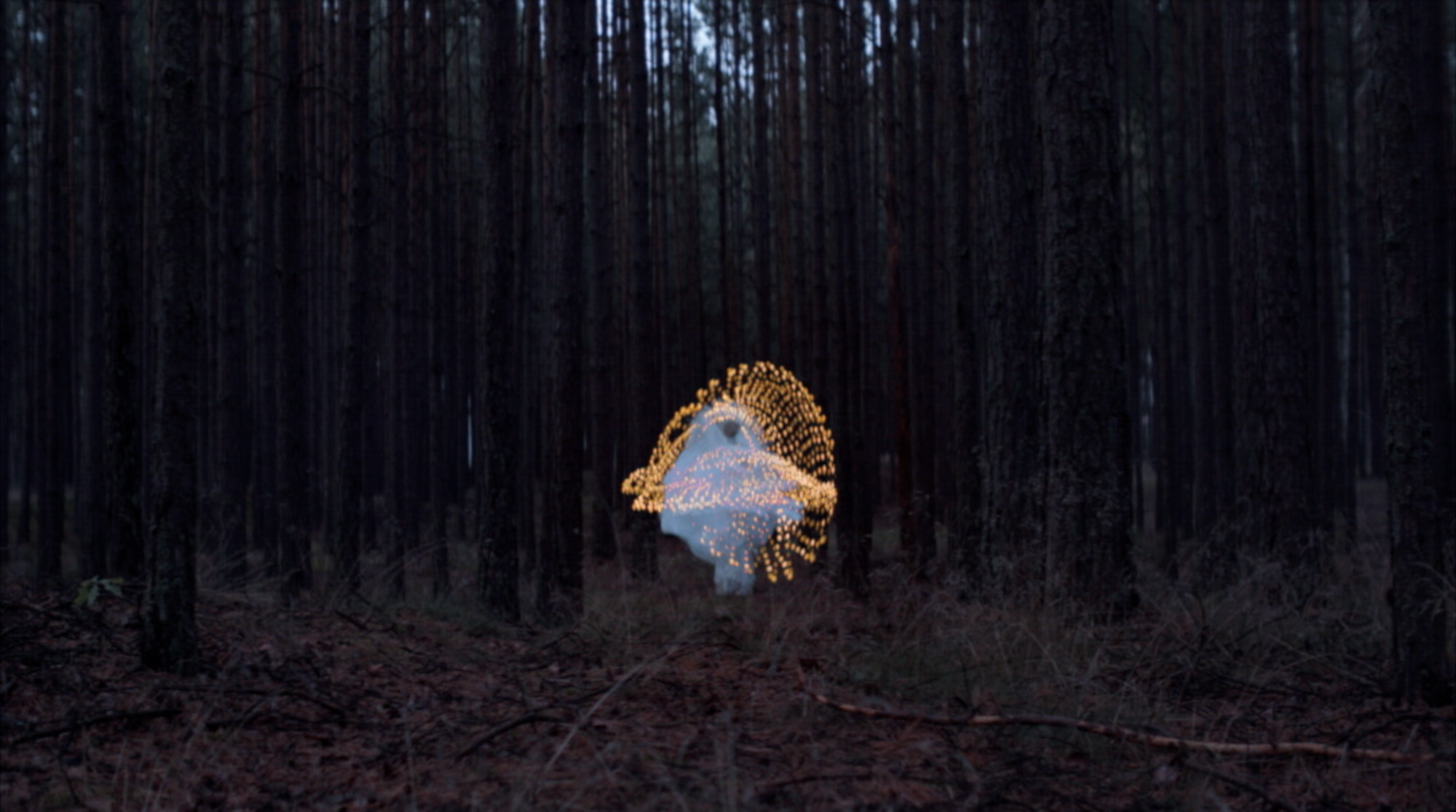 Actually, I’m editing a long format documentary for an Irish production company but I’m also thinking about my next personal project and I definitely would like to shoot a continuation of Circle maybe in the Swiss mountains where I come from or at the Baltic sea.

Circle is one of the many great projects shared with the Directors Notes Programmers through our submissions process. If you’d like to join them submit your film.