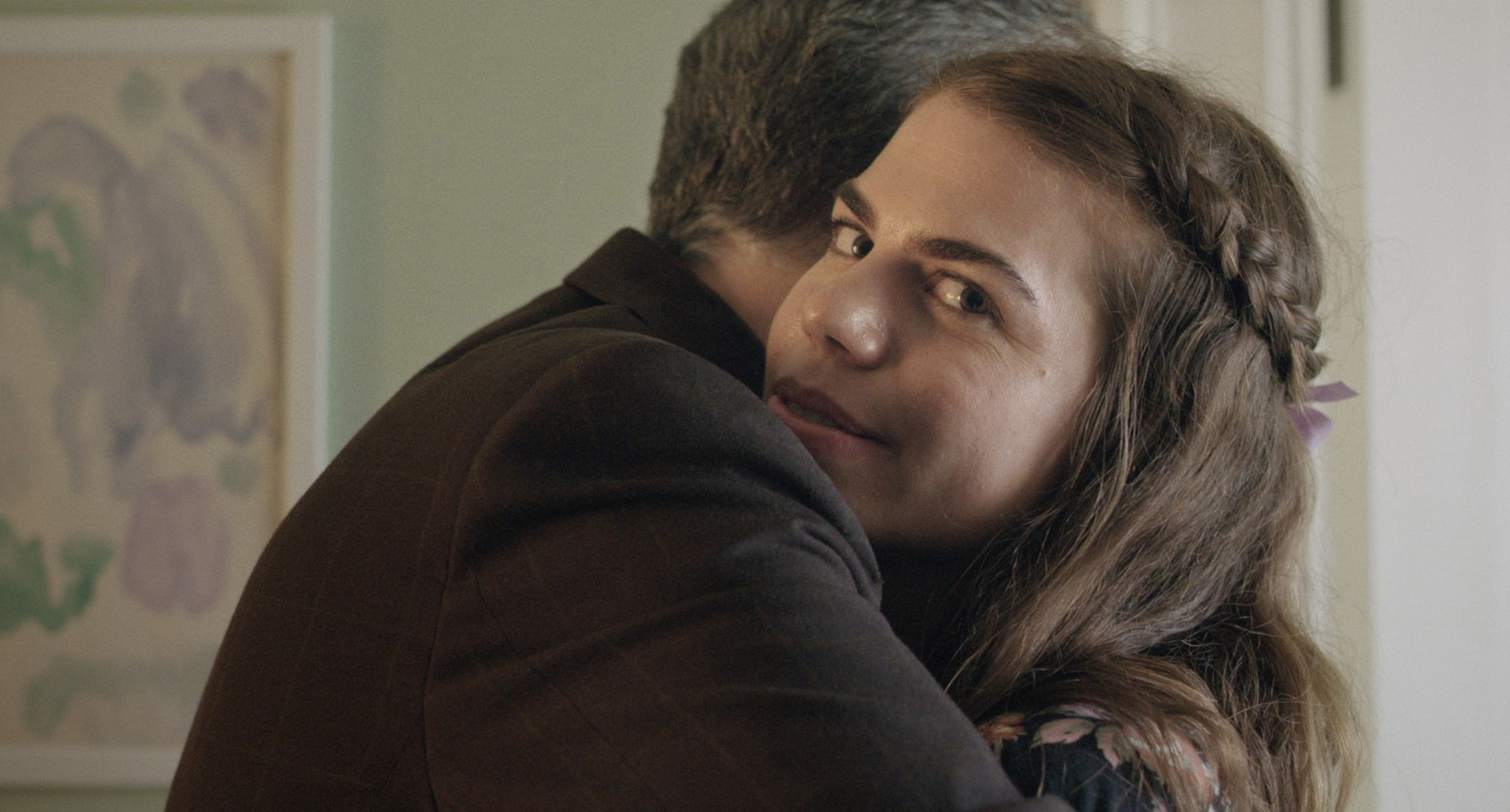 Echoing the sensibility of Phoebe Waller-Bridge prior to the birth of the culture nuke that is Fleabag comes Megan Seely’s My Loyal Audience. Seely writes, directs and stars in her darkly comedic short about a family dinner from hell. It’s a short film that is as uncomfortable and tense as it is hilarious and even at its most excruciating moments, Seely breaks the fourth wall for the comfort of the audience. DN spoke with her about the inspirations behind My Loyal Audience and what her own family made of it.

Where did the initial idea for My Loyal Audience come from?

The idea sprung from my moment of greatest shame and is an upside-down dream version of my holiday dinners.

It reminded me of the British TV show Fleabag with how the character interacts with everyone around her and the camera, was that an influence, if not, what and who were you inspired by?

No, actually Fleabag was inspired by this film! Haha kidding, but I did write this story about six years ago, so before Fleabag was popular. My influences came a lot from studying theatre in my undergrad, and working on Molière and Restoration style acting where the character would say something polite to the people around and then break the fourth wall and say how they really feel. This dichotomy was so fun to perform and felt a lot like the inner turmoil of dealing with teenage hormones in serious settings. I was also, inspired by Lizzie McGuire, Malcolm in the Middle, Easy A, YouTube vloggers, and even Funny Games and Cleo From 5 to 7,  films that played with the relationship to the audience in new, surprising ways. 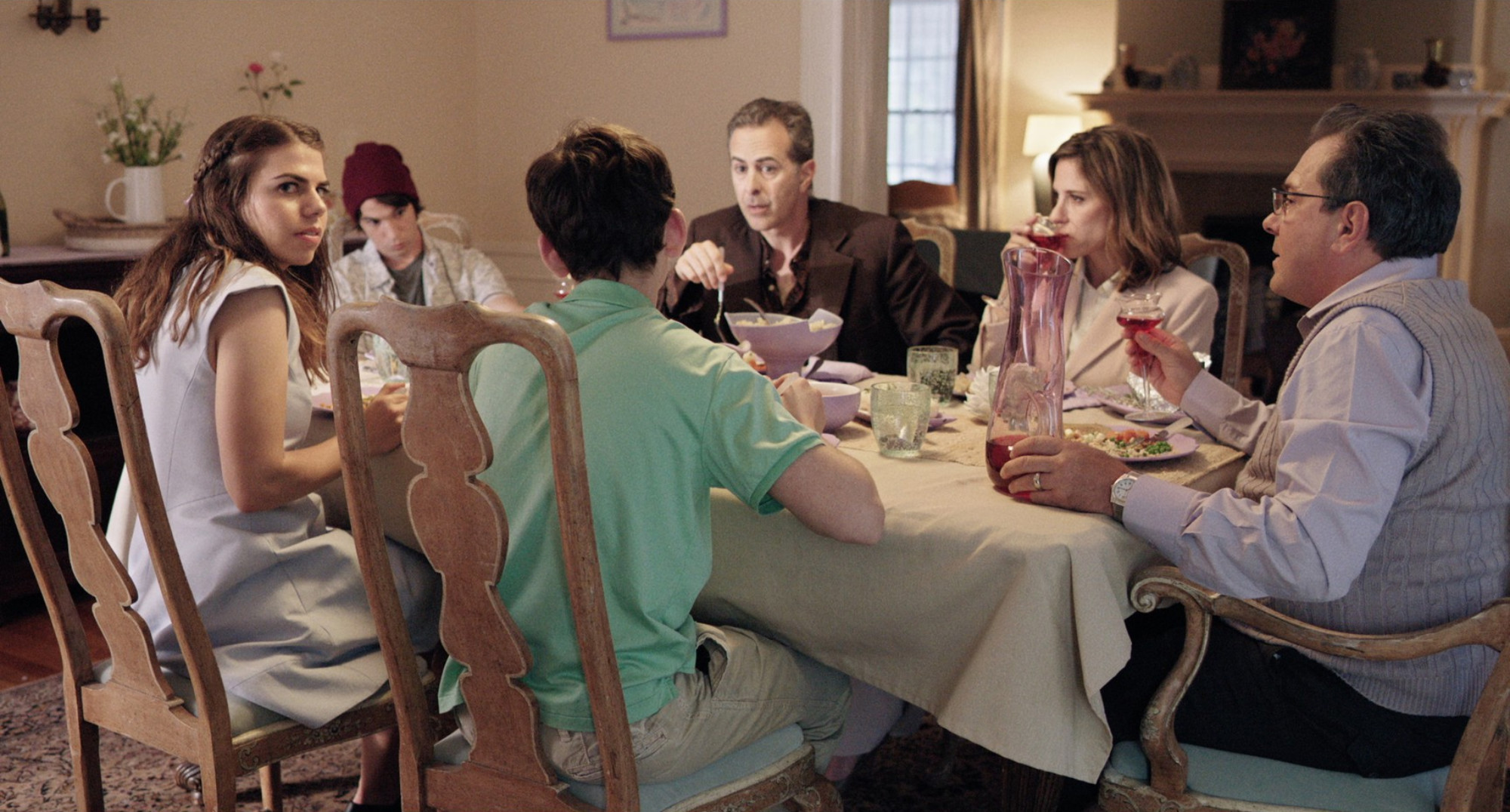 The idea of directing and acting simultaneously was very intimidating in theory but it actually transformed into a new, helpful vantage point.

How did you get the performances from your actors? I love how heightened it is, which makes for so many entertaining moments.

Thanks! I had casting directors who actually did The Virgin Suicides and The Secret Garden, so props to them for creating the family. Since I was acting in it, and the film was told from my perspective as Lyla, I could tell if the scene was working from being inside it. My directing notes were usually just gently reminding the players exactly what was going on circumstantially in the story. The idea of directing and acting simultaneously was very intimidating in theory but it actually transformed into a new, helpful vantage point. For instance, if my uncle was creeping me out, I knew we were on track.

Just out of curiosity, have your own family seen this, what did they make of it? And, more generally, audiences from festival screenings?

It was so nerve-racking showing my family. But they love it. Maybe they’re in denial that it’s them. The most frightful was showing my uncle but after the movie ended he took a long pause and then said “… that was deep” and ultimately appreciated it. It’s not based on them, but it also… kind of is. Audiences at festivals have been amazing, people are laughing, in shock, and then laughing harder. It’s been a blast.

Yes! I’m in prep right now for a feature dark comedy that I’m writing, directing and acting in. Totally different story but similar tone and style to the short, and definitely, definitely about shame. As an actress I can be seen alongside Helena Howard in Twist which recently premiered at the Tribeca Film Festival, as well as the upcoming Filipino-American musical feature Nanay Ko.

If anyone reading this is interested in working together, don’t hesitate to connect! That’s what it’s all about.