What’s a better measure of a person’s life than the numerous ways in which they’ve spent their time throughout the years? Delving into his family archive of VHS tapes, Writer/Director Skyler Fulton traces the significant moments of his father’s life as witnessed by his trusty timepiece in Casio spec commercial A Good Watch. No stranger to creating content which surpasses the ‘sell’ of typical branded films – as we saw in his Adidas More Than the Sum spot co-directed with Gaul Porat – DN caught up with Skyler to discover why he felt compelled to make another spec ad and how working with his longtime collaborators brought a welcome outside perspective to this personal film.

Having just released More Than The Sum, I didn’t imagine I’d make another spec commercial – at least not for a while. Once I had this idea though, I gradually became obsessed with it and finally decided it was time to irresponsibly spend money again. Luckily, everything lined up perfectly to shoot it on a micro-budget.

I originally had this idea at my brother’s wedding last Summer when I saw my dad was wearing the Casio watch. He mentioned that he’s worn it basically every day since he got it – I just had never noticed because I’d rarely ever seen him without it. Right then, it clicked that if he’s wearing it right now, he must have worn it for every other important life milestone since 1982. The storyline became clear immediately and I knew I had an excuse to go through all of our family videos.

The biggest challenge (but also the most fun part) was finding the story within the archival footage and building the narrative around it. The VHS tapes only finished digitizing days before production so most of my writing and shot-listing happened in front of a VCR. It was a bit painstaking and slightly migraine-inducing, but it forced me deeper into the project than scrubbing on a timeline could.

It’s inherently emotional to watch a man’s adult life flash before our eyes, but does that mean this product is like a lifelong companion to him?

I was extremely lucky to get my oldest friend and masterful Cinematographer Gaul Porat onboard, which ensured that – at the very least – the piece would look amazing. Gaul and I grew up together making silly shorts on his camcorder so it was special to come back to our hometown fifteen years later to work together as professionals. Gaul also pulled some strings and cashed in a few favors to get us discounted gear and access to locations.

We shot most of it over Thanksgiving weekend and the final scene two weeks later at Spring Studios in lower Manhattan. We shot the majority of it handheld/easy-rig on an Arri Alexa Mini with Cooke Anamorphic lenses and the in-studio scene on Arri Master primes.

Directing my dad was the highlight of my year. I asked a lot from him – we probably recorded 40 takes of his last line in a small window of time in order to catch the blue hour light behind him. He was determined to nail his lines even though, at the time, he didn’t really understand why I wanted to make a short film about his watch. He’s naturally a great speaker and took direction extremely well, even as we zeroed in on the most minor vocal inflections. Hopefully now after seeing me work, he’ll have an easier time describing to his friends what I do for a living. 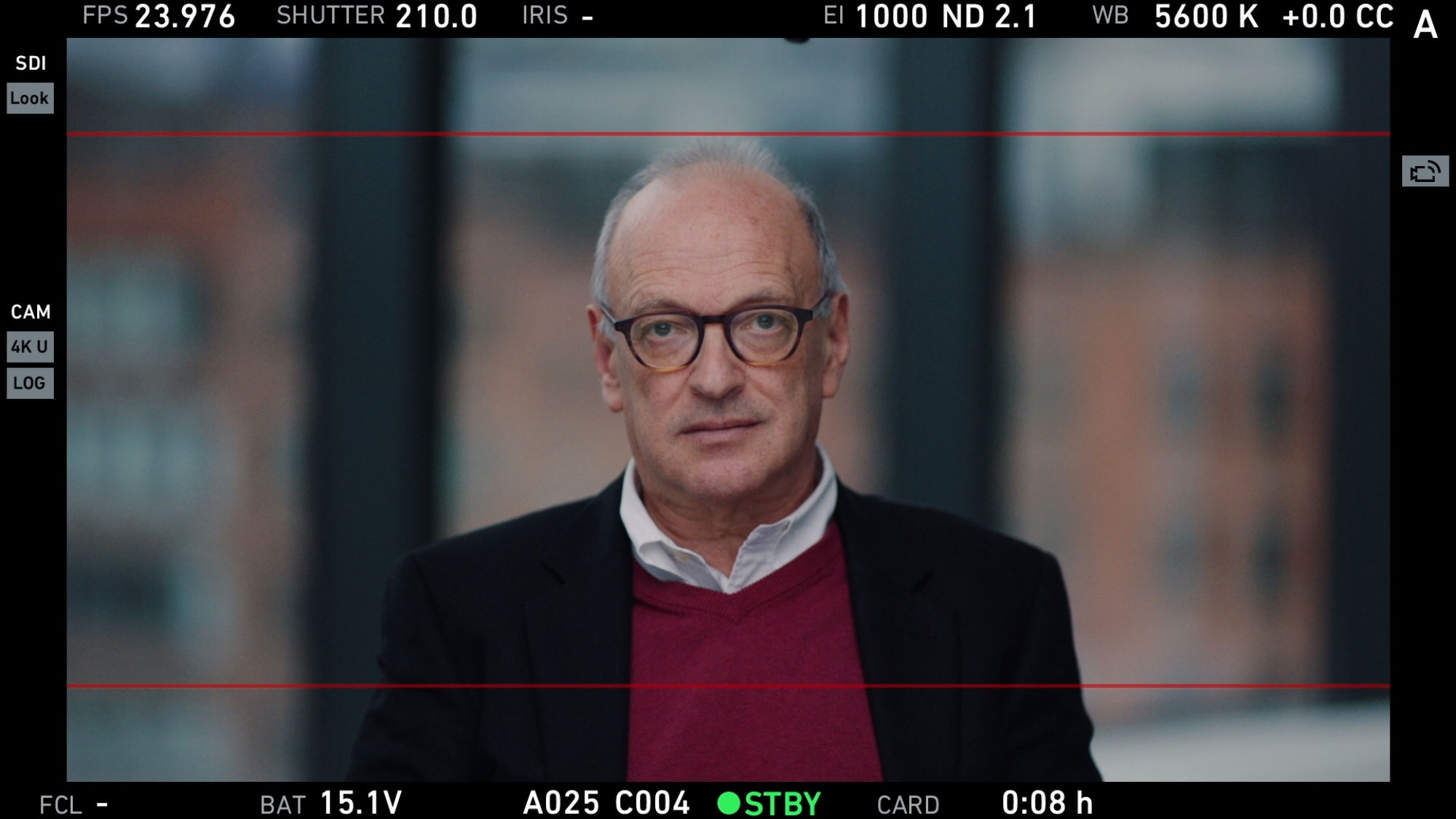 He didn’t really understand why I wanted to make a short film about his watch.

This project couldn’t have happened (or, at best, would have been way worse) without my Editor Colin K. Hingel. Colin was onboard from the very beginning and really helped shape the concept from the ground up. He brought a new perspective to the story that I, as a character in the story, couldn’t have. He had a field day with the lo-fi footage, using tape glitches and analog distortion from the archival footage for transitions.

He also indulged my neuroticisms about the timing of the last line. It’s naturally a little uncomfortable to put such intimate footage of my family and myself in one of my projects, but Colin handled the piece with nuance and grace. He’s the person I’ve collaborated most with in my career, including on our last spec for Adidas, and I truly can’t imagine having worked with anyone else on this. 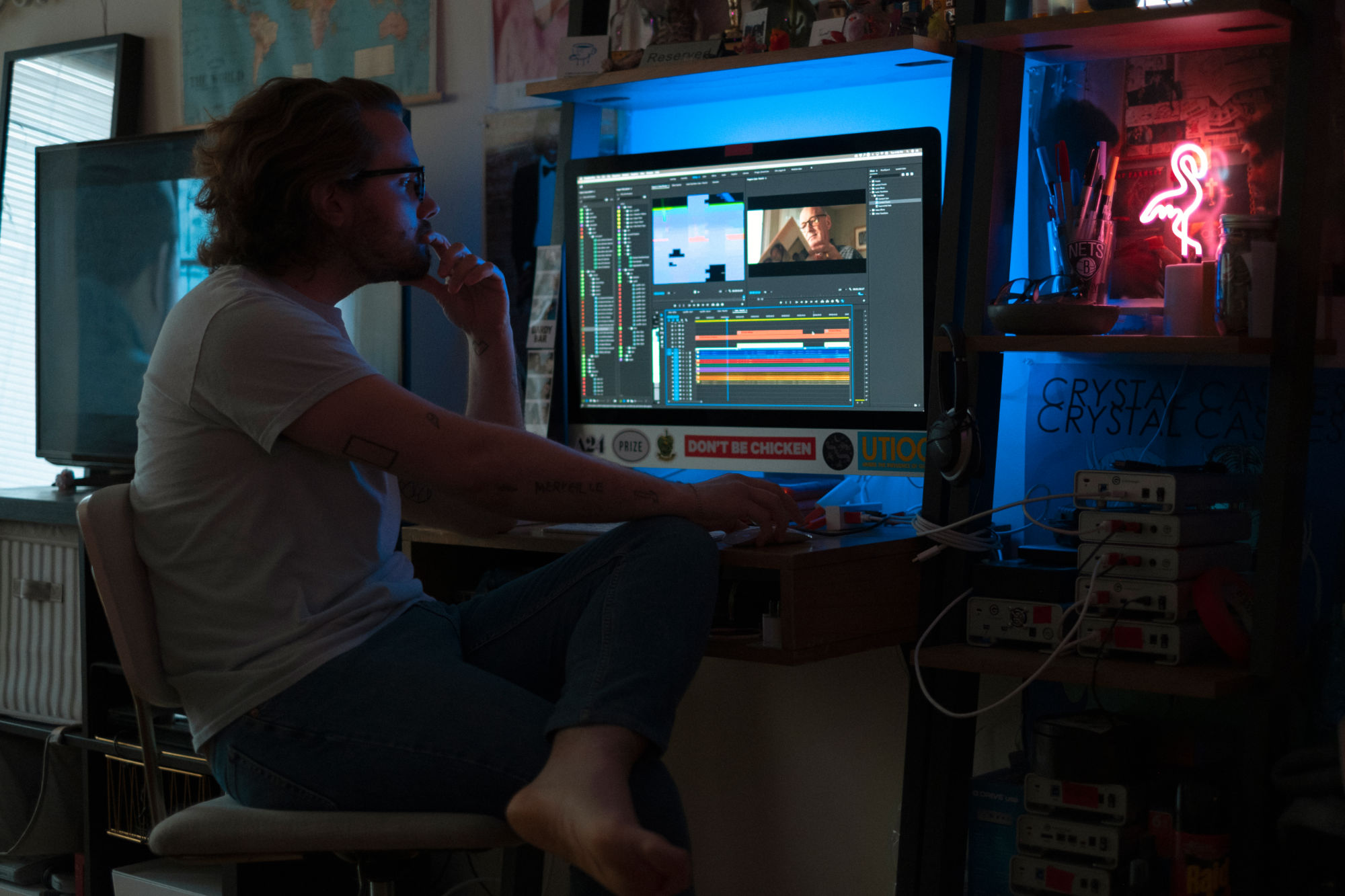 My intention with the ending was to add a little levity and hopefully take a left turn from the viewer’s expectations. As a consumer, I feel like I’ve become used to heavy-handed and emotionally manipulative brand messaging. Like, why is this car commercial trying to make me cry? In this piece, it’s inherently emotional to watch a man’s adult life flash before our eyes, but does that mean this product is like a lifelong companion to him? Should we conflate it to a member of his family? Maybe it’s just a high quality product that won’t fail after decades of use. In the end, A Good Watch is a straightforward celebration of the modest pieces of tech that are built to last.

I’d also like to thank Ayana Barber, Evan DeVitto, Dan Tracy, Nadav Post, Eric Sorenson and Parker Jarvie who came together to help make this happen. Nothing like collaborating with friends and family on a passion project to remind you how lucky you are.