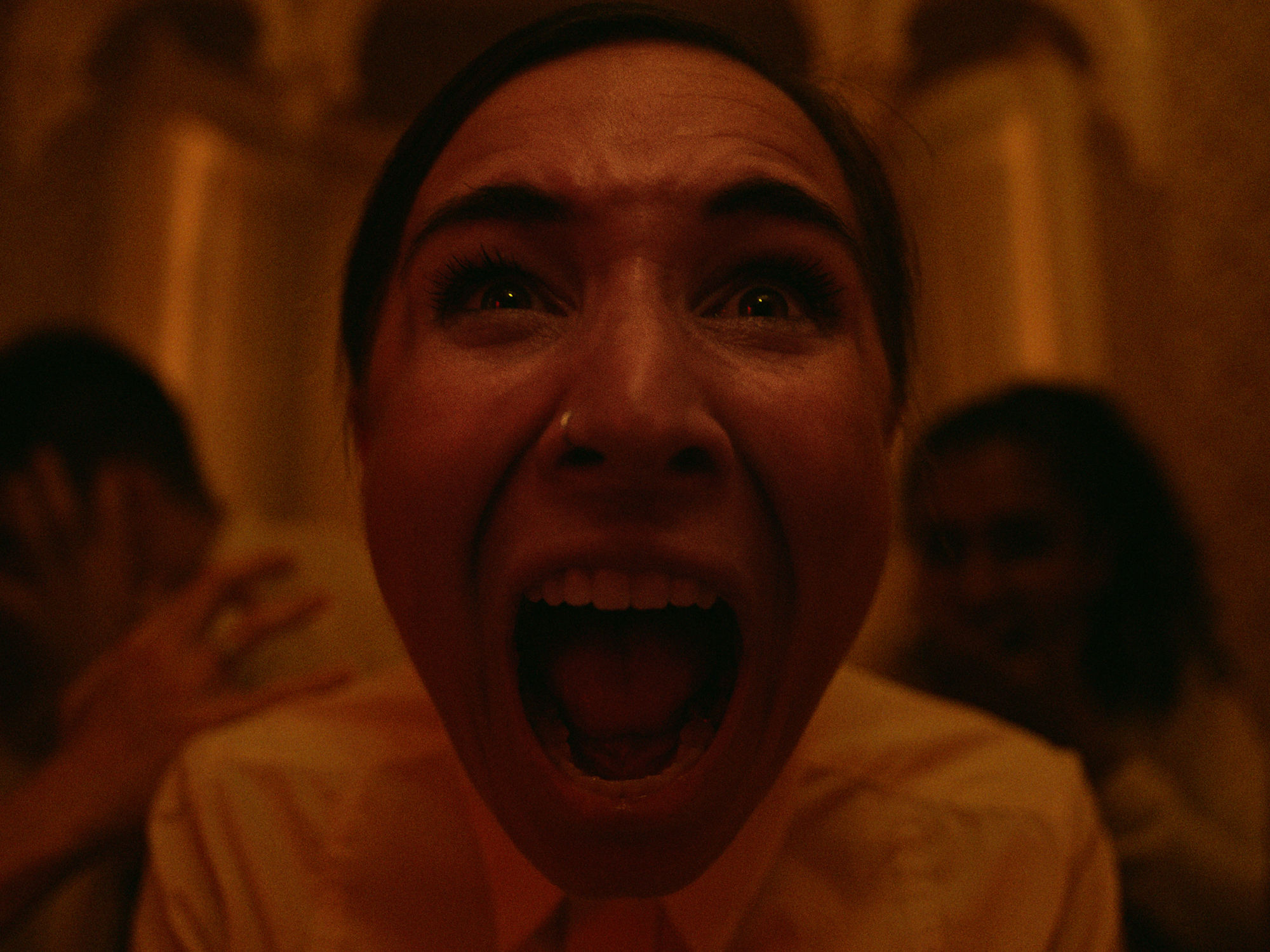 We first had the pleasure of speaking to Director Vincent René-Lortie earlier this year when he joined us with haunting music video Lady Winter, today he returns to our pages for the premiere of his temporal nightmare dance film The Man Who Traveled Nowhere in Time. A collaboration born out of an original performance by Montreal dance company Trip The Light Fantastic, The Man Who Traveled Nowhere in Time tells the story of a man who only exists in the dreams and unconscious minds of others’ experiences. DN asked Vincent to share how he drew inspiration from personal nightmares to create this riotous surreal depiction of an existence trapped outside of time.

This short film was done in collaboration with Kyra Jean Green’s Trip The Light Fantastic dance company. Kyra contacted me after creating a 30-minute performance and wanted to make a short film out of it. Her creation came from the idea that everyone has their own perception of time and was focusing on how fast and how slow time goes by for each individual in their dreams.

The idea of making a dance short film about these themes was really inspiring to me. As a child, I remember having nightmares where I was falling from a building in slow motion, or where a monster came into my room several times, as if the time was constantly on repeat. It was really upsetting and mentally shocking. When Kyra gave me the chance to put these feelings on screen, I wanted to create a chaotic universe through the performance, the cinematography, the sound and the editing to get as close as possible to what is really a nightmare.

The creative process has really been interesting to me. I wanted to experiment. I gave myself a lot of freedom through all stages of production to see where the project would take me. The dance had already been choreographed, so my role was to stage it.

I wanted it to feel hypnotic, as if the viewer gets lost in a dream.

The two things I was sure about were that first, I wanted the film to take place in an era unknown to us. It’s the reason why there’s no technology or objects that tell us in what time the action is happening. Second, I wanted it to feel hypnotic, as if the viewer gets lost in a dream. The idea was that Eytan, here played by Kyra, only existed in the dreams and unconscious minds of others. From there, I teamed up with an amazing but small crew, I found the perfect house for it to happen, and we started an intense and creative day of filming.

“We decided early on that we did not want the burden of a big crew because of the project’s small budget and so we opted to work with friends. My crew was basically a bunch of cinematographers pulling focus and putting up lights who kindly accepted to drive to the location with us and spend the day interpreting Trip the Light Fantastic’s choreography.

We shot with an Alexa Mini paired with a 18mm Leica Summicron. We decided on the Mini because we wanted to shoot 4:3 while utilizing as much of the lens’ image circle as possible. To keep things simple, everything was shot with a Ronin 2 paired with a Easy Rig. It was my first time solely relying on the Ronin 2 for a shoot and it worked great. DJI has done a great job improving their gimbal technology since the original Ronin. We did not expect our images to come out so well. It was a pleasant surprise to see what we could pull-off with a couple of friends in a single day.

The project was graded by Simon Boisx. We played a lot with the location’s textures in Davinci Resolve, adding and removing certain colors in the backgrounds we could not control on set. We were lucky to have him on board as I consider him as an important collaborator in a lot of Vincent and I’s collaborations.”

I gave myself a lot of freedom through all stages of production to see where the project would take me.

The fun but very long part was the postproduction. This project wouldn’t have happened if it wasn’t for Guillaume Marin, the editor, Nataq Huault, the sound designer, and Simon Boisx, the colorist. We had so much footage that we could have done a 15 to 20 minutes film easily. But coming back to this nightmare idea, I wanted to feel like a lot of things were happening in a short amount of time, like dreams tend to be felt. And Guillaume made that happen.

As for the sound, me and Nataq have worked together on several projects so far. Experimenting with him was a real joy, as the sounds were created from scratch. We also had the amazing chance to collaborate with SHXCXCHCXSH, a techno band who agreed to give us the rights on their music.

Looking back at this project, I would say it was pretty fantastic to see all team members bring their own personality and creativity to the project. Added to that was the fact that we concluded with an incredible presentation at Arsenal’s art center in Montreal where artistic practices were mixed. The dance company Trip The Light Fantastic began the evening with a wonderful performance where the audience was led from one room to another, as in the movie, and then finished with the presentation of the short experimental film.