French animator Julien Piau returns to Directors Notes for a third time, with his latest short ENTRE LES ROCHERS (BETWEEN THE ROCKS). An abstract tale centred around themes of change and transformation set in the time of dinosaurs, Director Piau joins us to discuss dialogue-free filmmaking and the importance of colour in his work.

Welcome back to Directors Notes Julien, it’s great to feature you on our site again. Can you introduce your new film to our readers and explain how the premise for the piece originated?

At the origin of the project, I chose to tell a personal story about the change of individuals and the impact on others. We are all confronted with the change and transformation of ourselves or our loved ones. This can translate into an event in our life that radically changes the person. 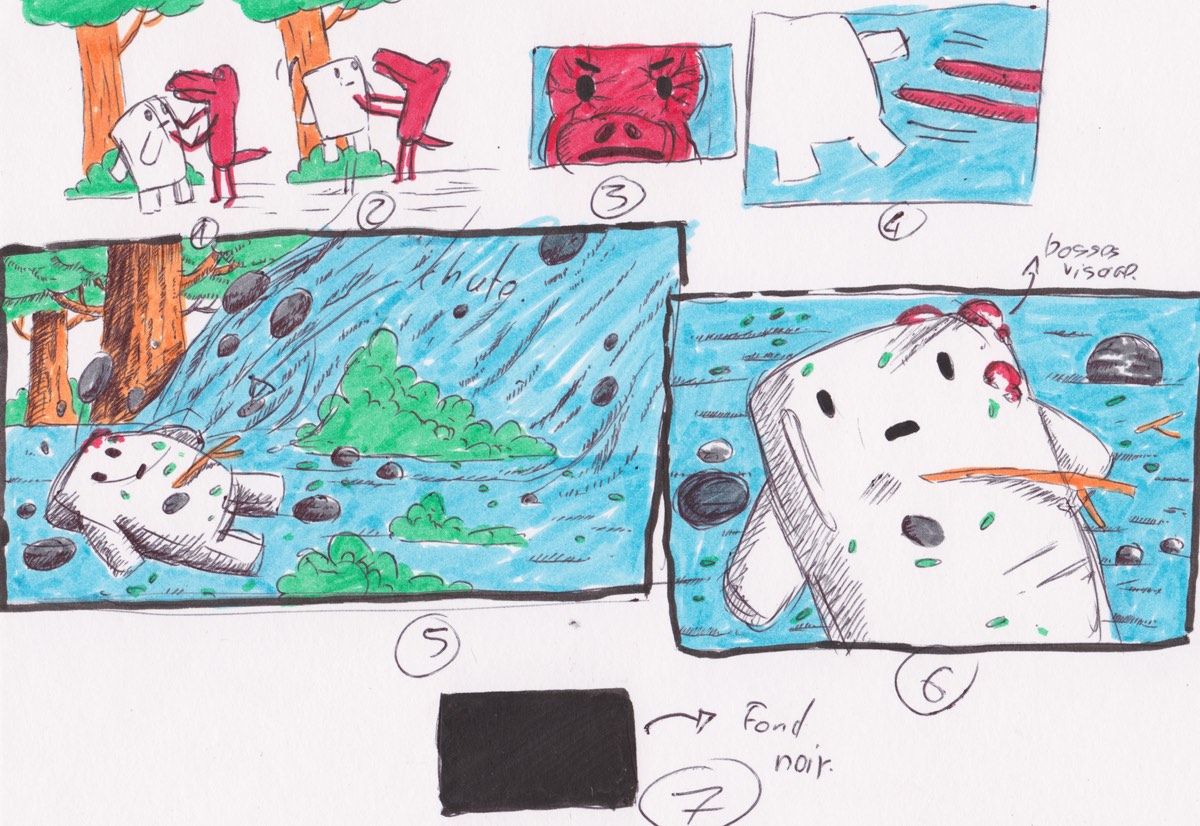 The film is full of unusual characters, can you talk a little about how you came up with them and then went about visualising them on screen?

I asked myself a lot of questions about the representation of the characters transformed in the film by the viscous form. The physical transformation of their original bodies was the starting point. The characters had to move from the dinosaur state to something else. I did not want a cruel change for the characters despite the fact that it happens suddenly. I wanted to give them a shape similar to marshmallow with an unknown body and difficult to move.

As for the dinosaurs, being a big fan since childhood I had to represent them one day in a movie in my way of course 🙂

The films of yours we’ve featured in the past worked with calm, desaturated colour palettes but with ENTRE LES ROCHERS it feels like you’re working with a much brighter, vivid range – what was the decision behind this and how important is colour choice in your work?

It is true that this film is much more colorful than the previous ones. Knowing that the end is much more optimistic, I wanted to use a warmer and softer atmosphere. The characters almost all have a good background in the film and I wanted it to be translated from the beginning by a colorful atmosphere. 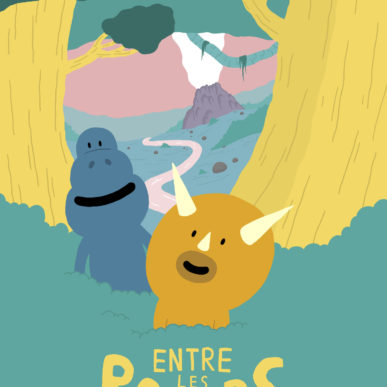 Again, looking at your previous work, you tend to lean towards dialogue-free filmmaking, why this approach? And is there anything about it that you find particularly freeing or limiting?

I find it very liberating to work without dialogue because only the acts of the characters must tell the story. So, I think it’s a good exercise.

I wanted my characters to care about others.

We talked in the past about the contrast in your work between ‘cute’ images and a dark narrative tone, do you think ENTRE LES ROCHERS is a more lighthearted tale and if so, why the shift?

Yes, the movie BETWEEN THE ROCKS is less dark and sad in this history. I wanted my characters to care about others. The subject of the film may reflect a disease or any other form of change. I hope anyone can find someone to support or understand him at this moment.

I am currently working on an animated short film with two little tigers named GRIFFURE. The story will be very dark with fantasy and horror. I also have a virtual reality animation project with koalas 🙂