Forced into a prone position, mouth agape, attacked by buzzing drills and that weird suction tube thing all with the spectre of pain constantly hovering, it’s no wonder most of us dread a trip to the dentist. But what if your dentist offered an extra service to make sure you left the surgery relaxed…really relaxed? Random Acts short Open Wide from comedy duo Rosco 5 – who previously brought us character assassination by phone security system comedy Insecurity Questions – imagine an update to the dental experience which is guaranteed to leave you with a deep feeling of satisfaction. We asked directors Gideon Beresford and Behnam Taheri to tell us more about their happy ending short.

A heads up, the following short contains adult content.

We’ve both been to Turkish Barbers and they can get pretty touchy-feely. We thought it would be funny if a dentist would be just as touchy feely and then push it a bit further. We liked the idea that it wasn’t just a massage parlour where you can get a happy ending.

We’d never made a short film before and we just wanted to make something that wouldn’t cost us an arm and a leg or that we wouldn’t need to seek funding for — and this, unfortunately, was the best thing we could come up with. 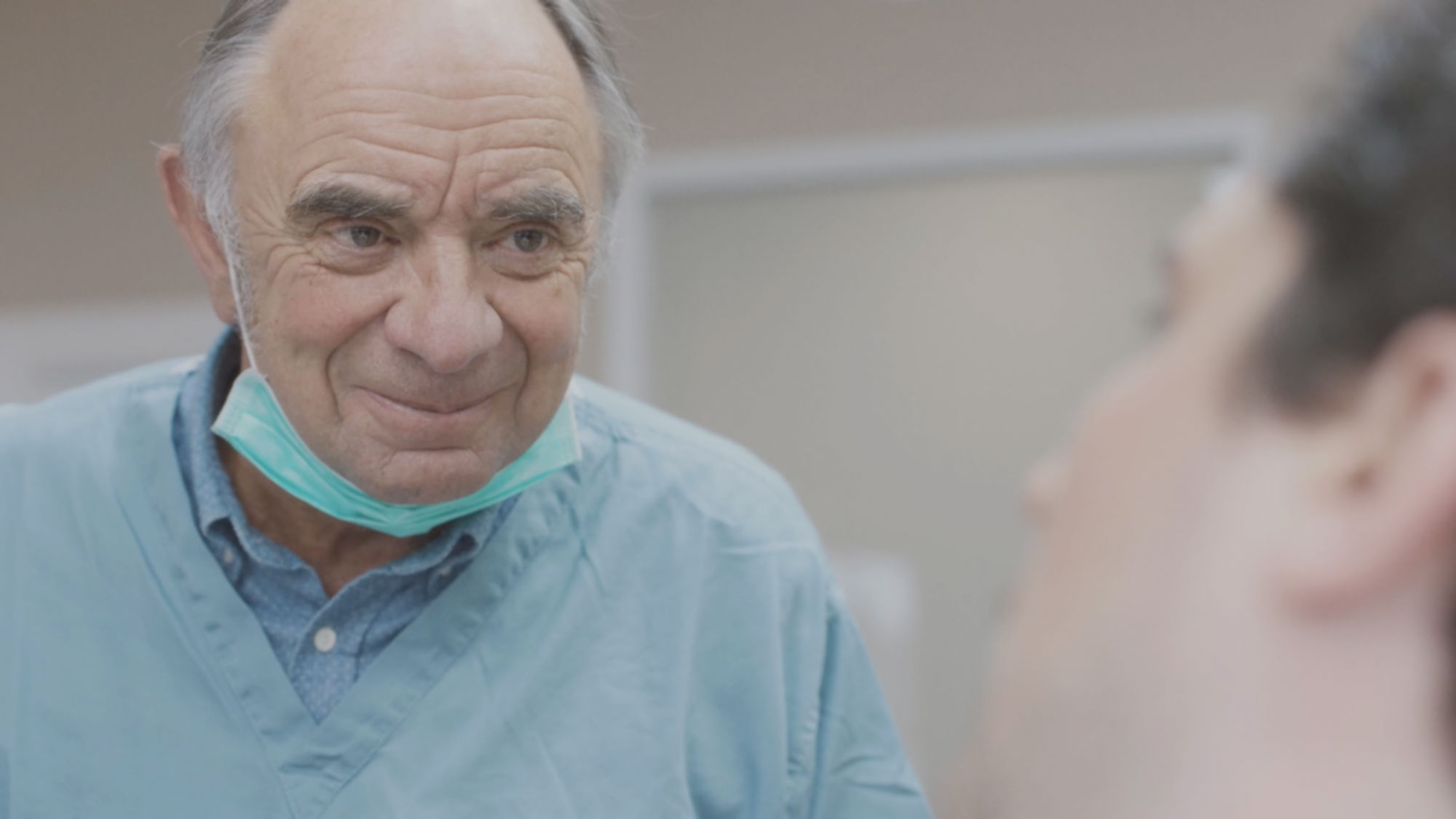 We didn’t really have a script or a solid idea at all but Robin Soans said he’d play our dentist, so we had to do it. We knocked on doors on Harley Street looking for a dental surgery and one said yes… the didn’t even ask what the film was about, we just had to donate £150 to Islamic Relief, which we did. The shoot was really great, Robin is really top-notch and he got the character right from the start so we just pointed a camera at him and let him play with Mr Karobka’s penis.

We liked the idea that it wasn’t just a massage parlour where you can get a happy ending.

We shot it in one Sunday on an Arri Alexa with Cooke S4 Primes and soft FX filters from Panavision. The nice dentist lady just came and gave us the keys, then she left and told us how to lock up – we haven’t seen or heard from her since.

Post production took us about three months, it was originally about two minutes longer, but it took some time to carve out what we wanted from it. We also both had full time jobs and we are idiots.

We wrote the idea with two music tracks in mind: Mika’s Happy Ending or Avril Lavigne’s My Happy Ending but both of them refused us the rights…probably because they’re scared of the dentist or something(?!).