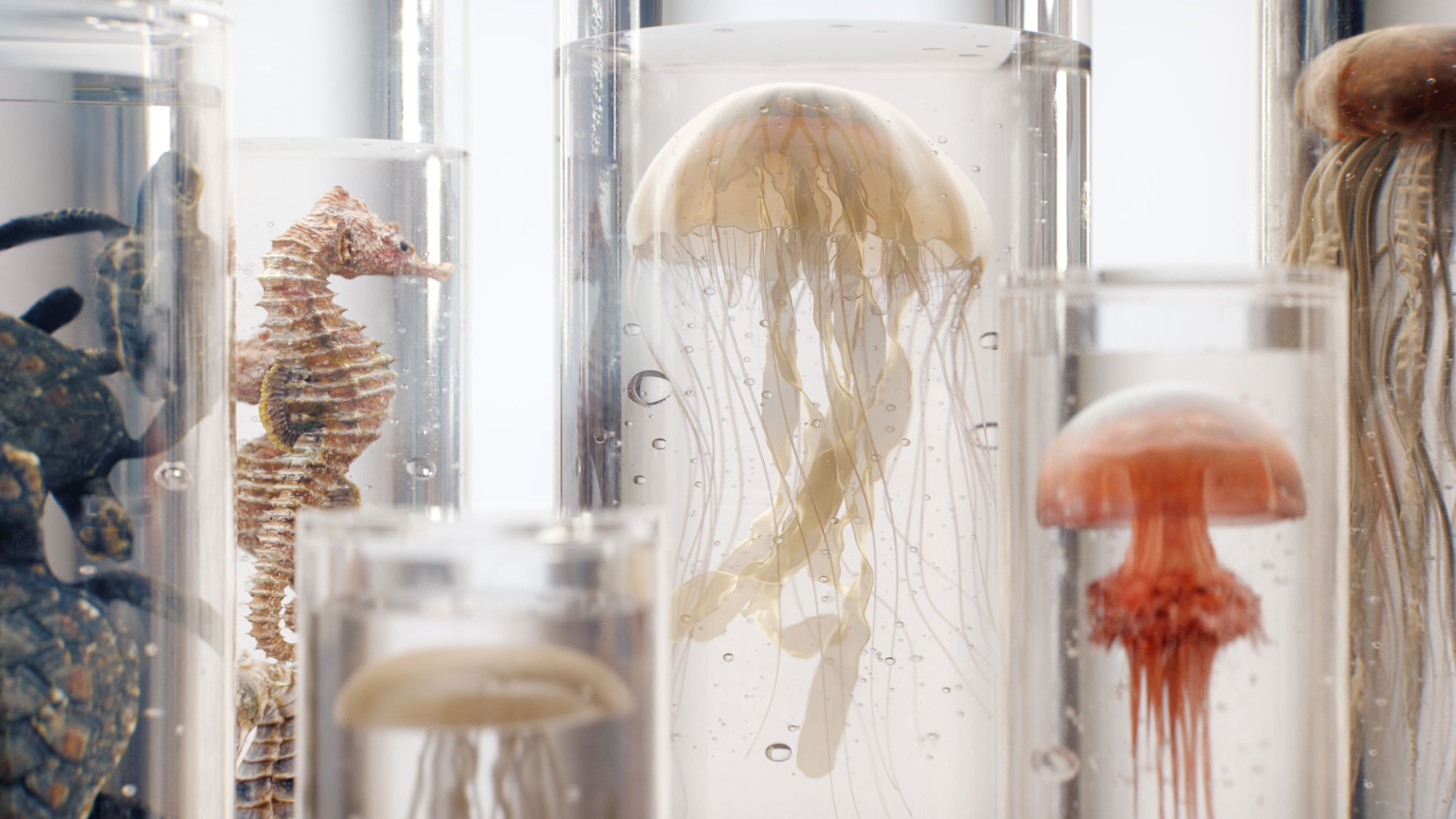 We last spoke to Scott Geersen about his breathtaking sci-fi journey of exploration, connection and creation for Node Fest. Today the Substance Creative Director returns to our pages, and to his fruitful collaboration with the Sydney arm of TEDx, for a celebration of the event’s ten year heritage. A project tasked with celebrating humankind’s past achievements while cautioning future restraint of our voracious nature, we asked Geersen to tell us how the collaborative studio went about creating a film which would act as “a catalyst for thought that might lead to opportunity for action”.

After continuous year-on-year growth, TEDx are celebrating 10 years in Sydney. They’re now the largest TEDx in the southern hemisphere and one of the largest in the world. For the anniversary event and continuing our successful relationship with TEDx, Substance was again tasked with creating the opening animation, this year with the theme of “Legacy”.

With this remit and TED’s belief in “the power of ideas to change attitudes, lives and, ultimately, the world”, we wanted the titles to focus on some serious issues: celebrating past achievements but also cautioning future restraint. As with last year’s opener, we also wanted to use the title sequence as a catalyst for thought and opportunity for action, and create a title that could remain relevant to a wide audience beyond the event.

A Legacy is, for better or worse, something from the past given to the future. Noah’s allegorical legacy was the preservation of the earth’s wildlife, otherwise lost to the flood. Mirroring this, the Svalbard vault protects the world’s gene banks by housing up to 2.5 billion seeds in its depths. We store the knowledge of humankind in libraries, we conserve our art in museums and galleries. We hoard the genes of plants and seeds and record and reproduce our world digitally.

But these human pursuits leave an imprint, and progress has the potential for unintended consequences. As our planet changes, the need to safeguard humanity grows, the dual nature of our legacy is highlighted. We have gained, but we have also lost, and may still lose more. It is this contrast we wished to explore within the idea of Legacy: a celebration of what we have, and a reminder of its fragility.

To create this contrast, we chose to represent the legacy of humankind through the construction of the ultimate Ark: the orbital space vessel ISS Legacy X. A repository of everything most valuable to us, the ISS Legacy is designed as an untouchable safeguard. A collection that preserves and juxtaposes humankind’s achievements and the diversity of the natural world, and which asks us to confront the complex relationship between the two.

The design process was partly curatorial – what to show – and partly a challenge of communicating the scale of collection without literally showing everything, in order to keep the project contained to a somewhat reasonable scope.

The TEDx projects are a showcase of how design and titles can have a social purpose in addition to being both functional and artistic.

The environments were designed to present art and science with the same care. Part storage facility, part gallery. Specimens and objects are packed together tightly but displayed beautifully. Architecture is classic, a little futuristic, sometimes utilitarian, and the effect overall is one of functional and industrial elegance. We drew inspiration from the design of real galleries, luxury shop displays, trade show pavilions, high-tech libraries, and of course some near-future science fiction.

Once the concept was approved, production was split into scene build and animatic, followed by shading and rendering. The animatic was a collaboration between myself and our Editor Joe Morris. The main production with the rest of the team took place over several weeks, at times quite busy and other times less so, according to which artists were coming in to do specific tasks their availability. In total, we had 9 3D artists across different scenes and tasks (using a mix of Cinema 4D, Adobe After Effects, Adobe Premiere, Zbrush, Redshift, Octane and Allegorithmic Painter). And a very special thanks has to go out to Michael Yezerski for the original music composition!

As a boutique studio, Substance is always innovating on traditional pipelines to produce work with small teams that stands alongside the best design and VFX in the world, competing with the production quality of much larger facilities while maintaining a sharp focus on the vision of the brand or property. More importantly though, for Substance the TEDx projects are a showcase of how design and titles can have a social purpose in addition to being both functional and artistic, and thereby remain relevant far beyond the film or event they were originally designed for.