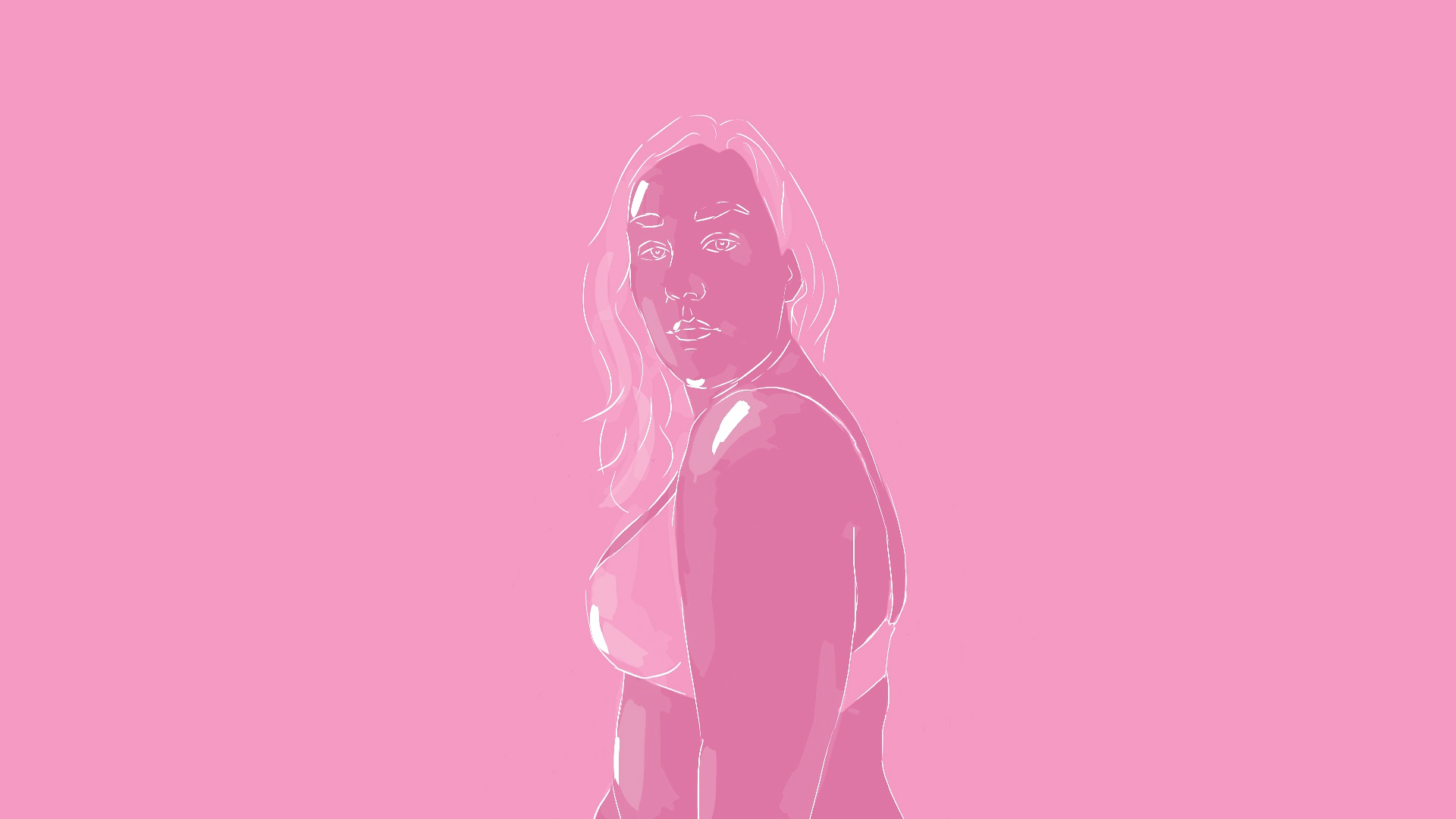 Markedly less risqué than her rotoscoped reclamation of the expression of sensuality XX, London-based filmmaker and Short of the Week programmer/writer Serafima Serafimova’s Flawed throws back the private shades of self-perceived flaws to expose the concerns women have about their bodies, fed daily by Western culture’s ideals, to the cleansing light of collective recognition. Premiering on Directors Notes today, we sat down with Serafimova to discover how Flawed was inspired by her own hang-ups and how this 1 minute animation translated into a 10 month evening and weekend production process.

Was there a particular incident or experience which led to the creation of Flawed?

The idea for Flawed was born when my partner pointed out that I made ‘a weird face’ whenever I saw my reflection. I tend to suck in my tummy and neck and tilt my head slightly because for some reason performing this ritual in the mirror somehow makes what I see more bearable. Which made me think about whether other women do similar things to cope with their own body-related insecurities. I spoke with a few of my female friends and what they shared with me became the inspiration for the animation.

Were you on the hunt for specific ‘flaws’? How did you choose the women for the film?

Initially, I thought of including women of all ages and backgrounds in order to create a varied representation of our self-perceived flaws. But then I realised that what I actually wanted to explore was how the female body changed as we entered our late twenties, through to our late thirties. How small signs appear, telling us that we are no longer growing up, but growing old. Instead of praising our bodies for everything they’ve endured and enjoyed in our life, Western culture dictates these are shameful flaws which should be covered up or even removed entirely.

How game were the participants for exposing their usually private concerns to your filmmaking spotlight?

All the women I spoke to about my idea were very keen to be in the animation, and most of the responses I got were along the lines of, “I have so many hang-ups, just take your pick”. Of course, I wanted to include a variety of “flaws” but it was also very important to me to stay true to what each person felt self-conscious about.

Everyone loved the animated versions of themselves, with the exception of one friend who is slightly freaking out about her boobs potentially going viral…

I’m assuming that like XX before it, Flawed was created with rotoscoping. What are your preferred tools and production processes when working on a film like this?

Yep, just like in my previous film XX I used rotoscoping. However, this time I thought it would be fun to add a skin colour as well as some shading and highlights. What I didn’t realise was that adding these made my job about 5 times harder and the process that much slower. Add to that the morphing transitions which were animated frame by frame, and the 1 minute animation took around 10 months in total to complete (bearing in mind I worked on it around my full-time job).

Rotoscoping at 24fps looks very smooth, which worked for the quick transitions but not for the rest of the animation.

The process was relatively simple. I filmed my subjects (or they filmed themselves). After that, I drew over the footage in Photoshop at 12fps for the main scenes and 24fps for the transitions. Rotoscoping at 24fps looks very smooth, which worked for the quick transitions but not for the rest of the animation. Bringing down the framerate emphasised the natural mark making in the shots. I roughly estimated that, including the scenes that didn’t make the cut, I have hand-drawn around 1150 frames in total.

Animators typically go to great pains to avoid leaving anything on the cutting room floor, why did you feel you needed to cut some of the completed scenes and how did they make it all the way through to the painstaking animation stage before they were excised?

There was a combination of factors, but it was mainly down to my impatience. I tend to get overly excited when I start a new project and rather than wasting time doing boring (but vital!) things like storyboards, animatics or any sort of forward planning I begin animating straight away.

As a result, once the cut starts coming together, some scenes no longer have a place in it. In other cases, my style developed and changed over time and some of the initial scenes just didn’t fit with the rest. Lastly, the transitions between the shots were total guesswork and I could only see whether they worked on or not after the file was rendered. There were quite a few transitions which looked terrible and had to be done from scratch.

From my experience as an editor, I am completely used to cutting shots for the sake of the film, and while of course animation is so much more painstaking, I don’t allow myself to become too precious with shots. The immediacy and pace of how I work means that if at a later stage, more shots were needed, it would be something I would look forward to adding in.

I don’t allow myself to become too precious with shots.

This also is true if I needed to improve an existing shot. I love my process of animating and seeing how each adjustment brings something new to the film. For example, the title sequence was only added in after finishing everything else.

Do you have a desire for audiences to take away anything in particular after viewing this film?

I hope the audience connects with the animation. I want it to make other women feel a little bit better about their ‘flaws’ and that it helps them embrace who they are as they are. I hope to be able to do that myself too.

For a while now I have toyed with the idea of creating a rotoscoped animation of childbirth, which would include all the gruesome, horrific parts usually omitted when people describe “the miracle of life”. Right now though, I am co-directing a passion project at Nice and Serious called The Elephant in my Head, which is an experimental animation centred around mental health.