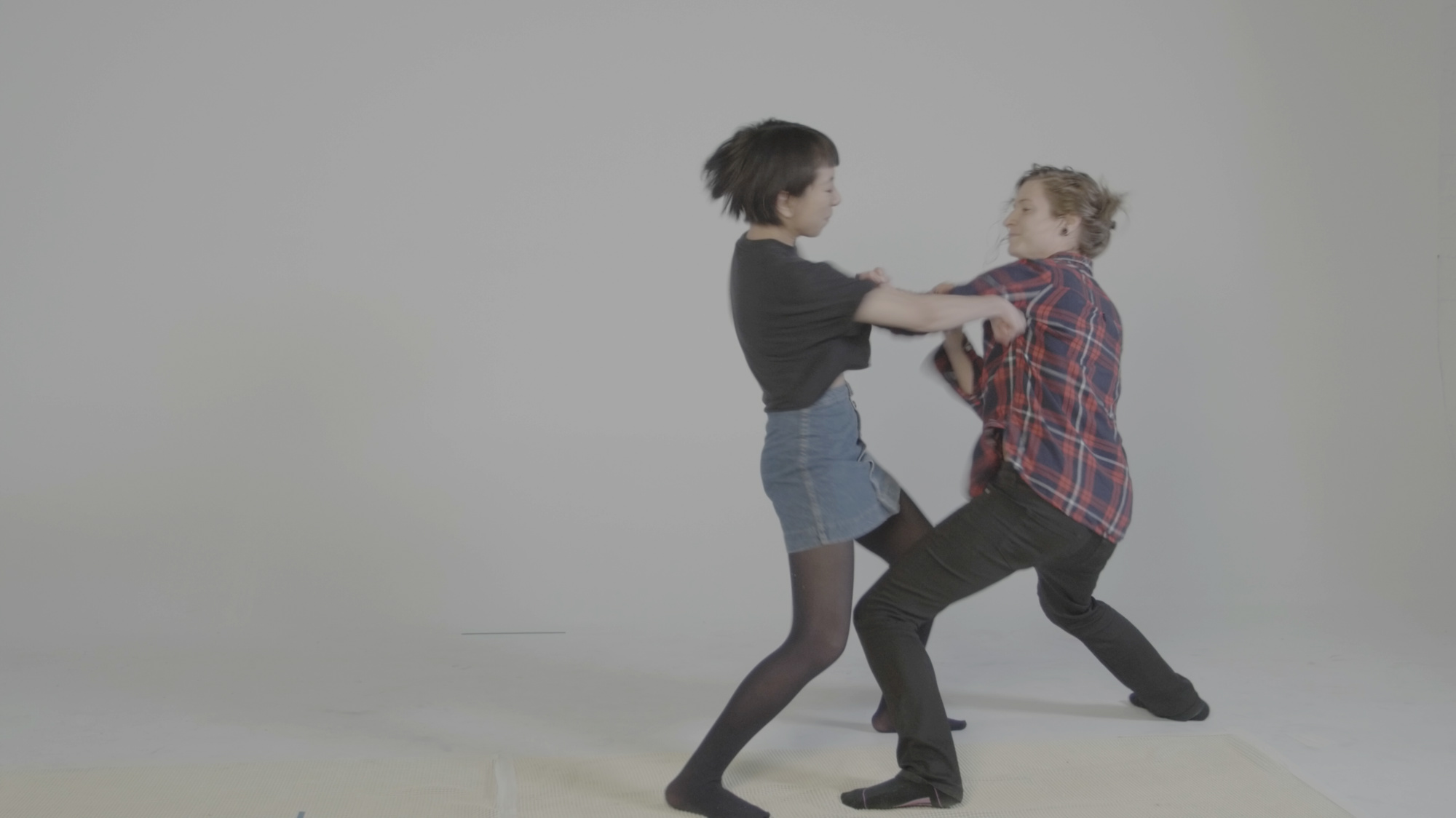 Back in 2009 I tried to cajole Harmony Korine into releasing his abandoned Fight Harm project as a short, and while Director Solmund MacPherson’s aptly titled A Short Documentary About People Fighting may not display the tragic high-comedy Korine planned, it does give us much more than footage of people taking lumps out of each other. DN went toe to toe with MacPherson to discover how a persistent joke became an oddly touching demonstration of the strange intimacy of consensual violence, and of course, what it was like for him to get hit in the face.

What made you want to capture average people (and yourself) getting into tussles and how did you find others willing to take part?

The idea for this film started as a joke between the producer and I, but we kept joking about it for months before one day we looked at each other and were like, “Should we actually do this?”

I’d never been in a fight and wanted to see what it was like and that motivation to create something of value from an experience I was intrigued by grew into this film. I put out a call via social media asking who would like to be involved and got well over 100 responses. That slowly dwindled down to the 26 seen in the video as people realized I was serious and that yes it was going to be a real fight. Once we had our participants I broke them into pairs that I thought would be interesting and would cover different bases thematically.

What were your criteria for matching up the participants into fighting pairs?

Pairing people up took a while and involved some trial and error. A few participants came in on “I’ll do it but I want to fight this specific person” terms, so for those we just let them do their thing, but for the strangers in the video, I just tried to put pairs together that would cover different bases thematically.

I think the film casts a pretty broad net theme-wise and that’s not because of some brilliant manoeuvring on my end, it’s really just luck. I didn’t want it to be about the physical act of fighting if you want that you’ll just go watch MMA, but I also didn’t want it to be completely devoid of good fights because that’s what people are coming to the video for. I tried to put together unorthodox pairings, it just seems more interesting instinctually.

I didn’t want it to be about the physical act of fighting if you want that you’ll just go watch MMA.

How did you ensure that the fights were ‘safe’ and that no one got seriously hurt by a stray punch or kick?

A few people have asked why I didn’t put down mats or have them use hand wraps, etc. If I was going to do that I should have just shot it in a boxing ring. I didn’t want participants to feel like they were obligated to fight because of the context. Designing the experience for participants to create as conflicted a vibe as possible was a goal of mine, so I wanted everything about it to say “this is not a place for fighting”. If you give someone a hammer and tell them to solve a problem, they’ll use the hammer. I wanted to leave as much room for interpretation as to what “fighting” meant for each pair as possible.

This is just to say there were no preventative safety measures other than the conversations I had with participants beforehand and the trust each person had with their partner.

A Short Documentary About People Fighting is a brilliantly straight forward concept delivered in a bare bones manner very much in keeping with that title. How was the production of this stripped down project different from your previous work?

This film was very different from the other things I do in just about every way possible. People who’ve worked with me on narrative shorts know that I am pretty meticulous when it comes to storyboarding / pre-vis in general, and I plan the edit on paper before we get into production so I know at what points each shot will cut in and out to save time. If I know I’m only going to use the close-up for a particular reaction shot I’m not going to run the whole scene (unless an actor requests it). My whole ethos is “success by the smallest possible margin” and I think that any footage left on the cutting room floor represents resources that could have been used elsewhere if you thought things through a bit more. Every film has wasted resources, but you should always strive to minimize them as much as possible.

I wanted to leave as much room for interpretation as to what “fighting” meant for each pair as possible.

This was one of the cheapest movies I’ve made since moving beyond the teenager with a DSLR phase of filmmaking. I didn’t really take it seriously on set since we were making it because I wanted to see what it was like to get punched in the face. We rented a dirt cheap photo studio and told them we were shooting a music video that involved stage fighting so they wouldn’t shut us down, asked some cam ops and a sound guy who were friends of mine if they’d help out for cheap/free, and used whatever gear the crew could scrounge together (two Sony a-series and a GH4).

From production to the first screening was about two weeks. I ripped through an edit and it played at a bar as part of a fundraiser. I thought of it as a bit of a test screening but the feedback was so unanimously positive I decided to polish it and call it a day. Since then I’ve experimented with a few other structures but none of them have worked quite as well. The biggest expense on this film was the sound mix. I think the mix cost as much as all of production. I wanted the sounds of fighting to be the “music” so I knew the mix had to be great and Joel Mierau did some really excellent work on it, I’m very grateful he was able to work on this.

It’s so funny to me that this rinky-dink couple hundred dollar film I shot on a whim is going so far. My travel to festivals is larger than the film’s entire budget by many times.

The mixture of hesitant violence, gentle goading and intimacy you captured definitely elevates the film beyond the simple spectacle of people getting hit. Was that something you knew you’d get from the beginning?

It wasn’t until I was reviewing the footage in the editing room that I realized we had struck a bizarrely profound nerve in a lot of the pairings. Some of the fights felt almost too intimate to watch, almost pornographic. While editing I discovered that it could be something much bigger than what I had originally planned.

Some of the fights felt almost too intimate to watch, almost pornographic.

How was the experience of being hit in the face, better or worse than you’d expected?

I really enjoyed getting hit in the face! It was a lot more fun to get hit than to hit.

What else do you have coming up?

I did do a portrait series alongside the film where I took photos of everyone before and after their fights, which is available on my website at solmund.com/shiners. I also have a few narrative shorts in the works that are all varying degrees of experimental, but really my primary focus at the moment is on writing.

A Short Documentary About People Fighting is one of the many great projects shared with the Directors Notes Programmers through our submissions process. If you’d like to join them submit your film.