No matter its constituent parts the path of a romantic relationship can rarely be plotted as a straight line, yet once we succumb to that intoxicating feeling of falling head over heels, there’s little to do except strap in and ride the relationship peaks and valleys wherever they may lead. A true cross-border collaboration, Director Kevork Aslanyan (last seen on DN here) joins forces with Producer Luzius Fischer for Cella music video Tell Me. We hand the reins over to Aslanyan and Fischer to discover how they amalgamated their favourite Bulgarian and Swiss talent for this up close depiction of a lesbian couple’s journey of joy, desire and heartache.

Luzius Fischer: As it often goes this project had a pretty tight schedule. That’s nothing new and we try to make music videos possible whenever we can. But since Swiss music videos usually barely have any budget at all, they have to fit in with the commercial work. There was already a lot going on when Oli called me about it so I asked Kevo, whom we recently signed, if he’d be interested. Not only was he interested, his local rep and production company B2Y Productions were willing to support the project as well. It was like a match made in heaven.

Kevork Aslanyan: Olivier Walther (the DP of the project) was searching for some production help with the new track for Cella Tell Me feat. Naomi Lareine. He shot, directed and edited the previous promo for the same artist and was dedicated not to make the same mistake again because obviously, this was a very hard job to do for a one person. He knew that he needed help. This is when he met and proposed to Luzius Fischer (co-owner and producer at Dynamic Frame GmbH) to make the video together. Luzi then listened to the track and decided to show Oli my previous promo work… we are talking about the Sasha Siem – Holey Wholly Holy promo. Oli (and Cella) liked the work and decide to try and work this out together.

What a brilliant collaboration this was between Switzerland and Bulgaria.

Luzi is my rep for the Swiss market and this would be our first ever job together! All our excitement on the line. There was no script at this point of the story, only a deadline… so after a brief Whatsapp call I had with Oli on the highway on the way back from a commercial shoot, we decide that I would make my interpretation of the story, having in mind some basic plot points. This was some crazy chat btw, as we had just wrapped a beer commercial and in the van, the crew were having beers and we were stopping literally at almost every gas station. Firstly to refill and for the other thing that comes when you drink some beer! 🙂 There were a lot of cheers in that van!

We agreed on a story and a treatment was created quite fast, something like less than a week after the call. Artist and management were quite happy with our ideas and we were green lighted. As you can imagine, money was tight, I know you hear that all the time when it comes to promos but that is the reality. So Luzi decided to come and shoot the thing in Sofia, Bulgaria. This is where my brothers in arms and Reps here in Bulgaria — B2Y Productions (Alexander Kenanov, co-owner and producer) did an amazing job and truly made the project possible. What a brilliant collaboration this was between Switzerland and Bulgaria.

Luzius Fischer: Kristin, the production manager B2Y put on the job really worked her magic and made everything happen the way Kevo, Oli and Cella imagined it. It was also an awesome experience travelling to Sofia (first time for me) and experiencing the great production service, crews and locations first hand.

Kevork Aslanyan: Oli and Luzi came here for a week. We worked pretty compressed, tight. We prepped for a couple days, doing casting in advance and scouting for about a day when they were already here and produced the promo -shot on the RED camera and some pretty old, vintage looking ZEISS high speed lenses – within one 15 hour shooting crazy day! Oli is a tall guy and I think it was almost torture as the whole promo was handheld! He could barely stand at the end of the day. A true hero who never said no to any of my crazy wishes. Even when I asked him to run and run with the girls on various occasion. Thank you brother for all that! 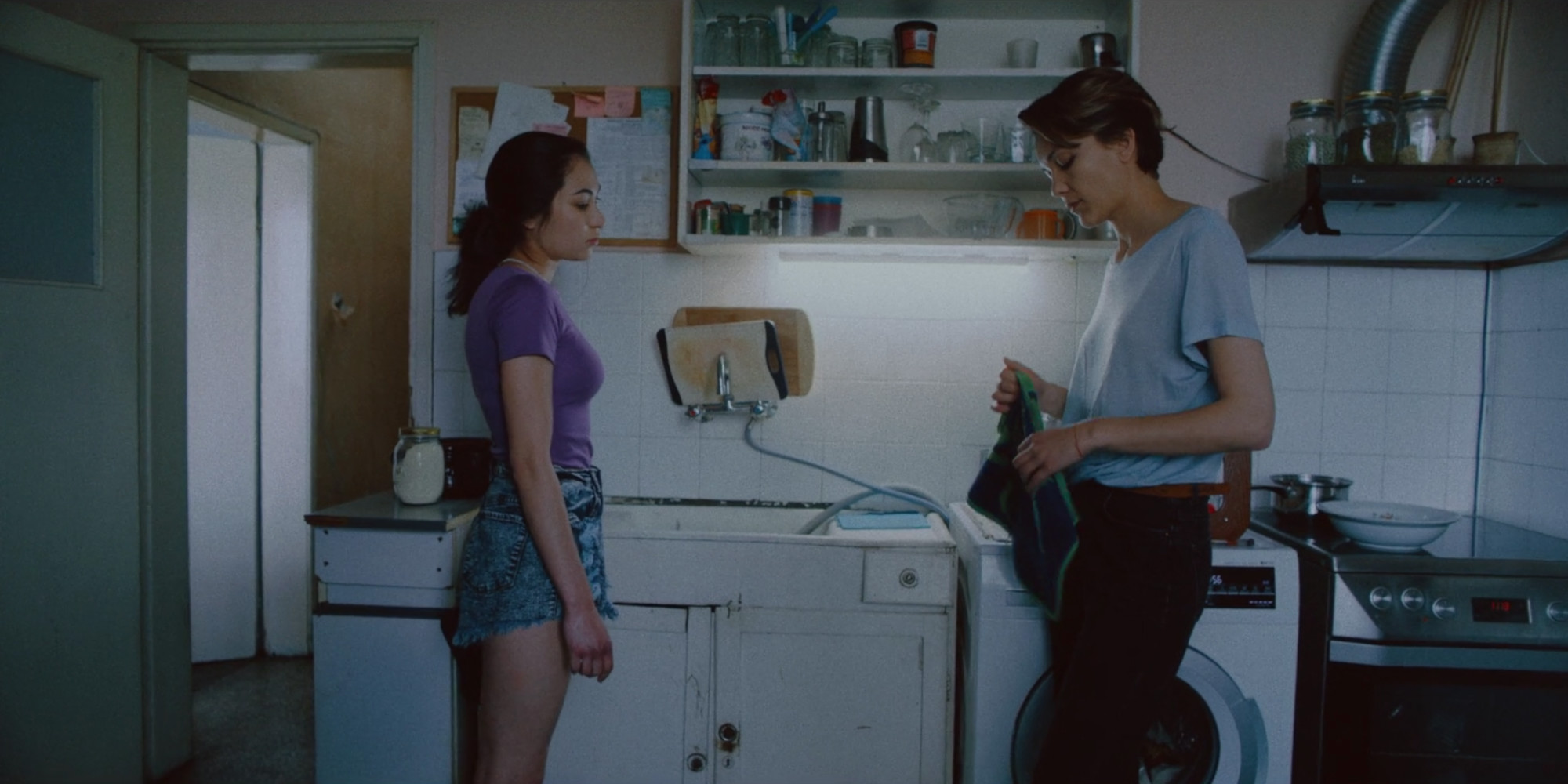 We had an amazing team here that did simply brilliant work that I can’t stop thanking them for. The whole thing felt like a proper international production made possible project. We did the offline (Premiere) in Bulgaria, with the editor I mainly work with here, Bogomil Georgiev. The finish and colour (Davinci) were completed in Switzerland. Those guys were the best and did an amazing job!

Luzius Fischer: Postproduction went like a breeze, Kevo editing with one of his regulars and us grading and finishing in Zurich with one of our regulars, Mustafa Sert. So that’s the story behind this project and we’re looking forward to working with all of the participants again! As for Kevo, we already have something in the works… But more on that another time.

Tell Me is one of the many great projects shared with the Directors Notes Programmers through our submissions process. If you’d like to join them submit your film.