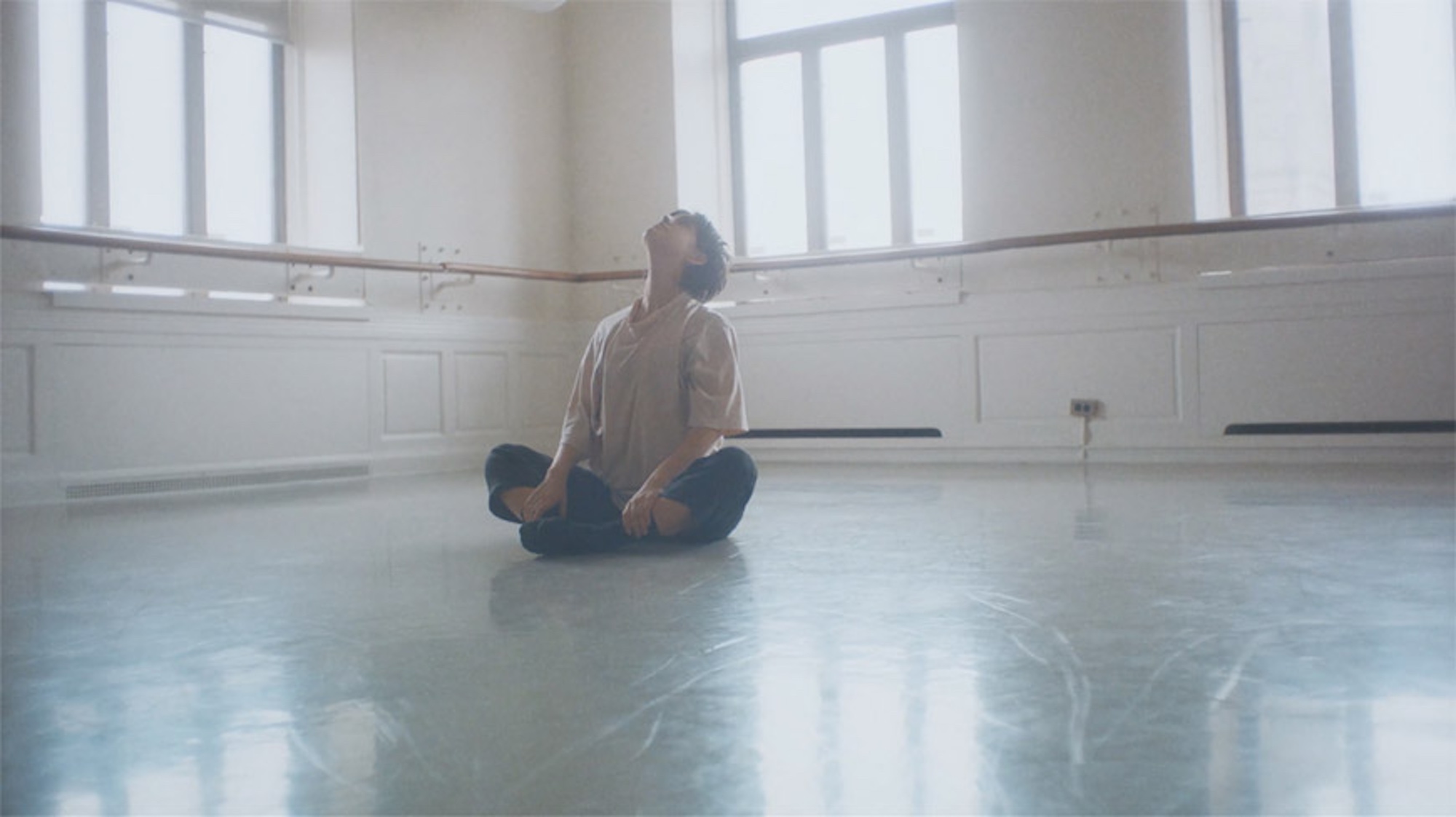 For his latest short Director Daniel Antebi channels the reliving of memories with a former lover. In doing so, he’s created unfold, a relationship drama fractured into different vignettes of a relationship between two young women. We see segments of their relationship as it flourishes with emotion, juxtaposed with flowing choreography, all set to pulsing synths of Jim-E Stack’s Wake. The atmosphere of the audio blends itself into the drama of their relationship, fully encompassing the depth shared between these characters. DN caught up with Antebi to talk past relationships, choreography and narratological structuring.

Where did the idea to create a relationship drama juxtaposed with dance begin?

I’m sure all of us can identify with the experience of memories poking at us as we walk through old date-spots, reading journal entries, or wearing clothes loaded with experiences. After a break up last year, I began to wonder, how do we shed and also celebrate memories of past partners?

I danced for some time growing up along with other movement based practices, like martial arts. I leaned back into it after the breakup and have found an odd reconciliation between working through things in dance and also letting them go. Coming to this realisation, I began to discuss these concepts with my dancer friend Iliana Penichet-Ramirez and my writer friend Melina Brown, the two actors in the piece. Around the same time my friend Steven McLaurin, the director of photography, told me he was free in seven days to shoot something. This percolating idea immediately came to mind. In one night, I wrote it, called Melina and Iliana, and messaged Jim-E on Instagram to see if we could use his song. I’m incredibly grateful for this small team. We brought it together with a lot of love.

I really enjoyed the fragmented structure of the narrative, seeing these vignettes of their relationship, what compelled you to structure unfold this way?

How else do memories flow through our minds? I can’t help but think of people from my past in a swirl of textures. I not only find this approach representative of the process of recollection, but also a tender approach. In seeing these fragmented memories we get an overview of the terrain of their relationship, without ever totally invading the moments. There is a sense of mystery and respect for the fictional relationship and, frankly, the memories we were all pulling from to devise the piece.

If you dig into the piece you can find nuggets of character traits that caused the rise and fall of the relationship.

The narratological structure has influences in modern day dance music. The rise and the drop. My critic friend Carlos Valladares aptly pointed out this technique. The slow assemblage of truncated memories culminating in a flurry. I had seen this technique hundreds of times but somehow the connection to my times at EDM concerts totally went over my head. I am typically a stickler for storytelling structure so if you dig into the piece you can find nuggets of character traits that caused the rise and fall of the relationship, particularly who is fighting for attention and superiority.

Could you talk me through the choreography process and developing the movements of your actor?

Iliana. Iliana. Iliana. Although I love to dance, I would by no means call myself a choreographer or a professional dancer. Iliana was the choreographer and performer. To develop the choreography, Iliana and I discussed the themes at hand and the process in which we would edit the piece. How could she fold and unfold the memories? Can you throw the memory? Kick it away? Hide from it under your shirt? Finally, how do you rise above and beyond them?

How thorough was your preproduction period, the edit and camera movement is so slick, was it a case of a lot of planning or experimentation during production that you played with in the edit?

As I said earlier, the preproduction process was tight in terms of time. I outlined each of the vignettes beforehand and predetermined some of the transitions. However, a lot of the planning and almost the editing itself happened on set. I was constantly remembering how we ended or began a scene in order to shoot the next. I was happily surprised when I worked with Elliot Farinaro to chop up the footage. He found transitions we didn’t even plan or know were there.

I started to dive into this earlier, but the simple explanation is that I began with my own life for inspiration, I’m sure that Melina and Iliana pulled from theirs too. One example is the clementine peeling scene. I had, strangely, never eaten a clementine until meeting my ex. They also taught me how to peel them open. From this memory, I derived overarching character intentions and tactics.

Whether or not one person in the relationship likes clementines does not give us a sense of longevity in that person or their relationship. However, what they want from the other characters and how they each get it, does. This tiny clementine moment is a microcosm of their relationship, Melina trying to teach Iliana things and Iliana surpassing Melina’s expectation. That’s not to say my own relationship was like that, but the kernel of the memory sufficed for dramatisation.

As we make strides in the culture at large, I hope we also champion stories where a character’s sexuality is simply a facet of their story, not the main obstacle.

I read that you wanted to represent a queer story without directly predicating it on being a queer story, could you elaborate on that?

The last few years have definitely been an awakening relative to my sexuality. Due to some traumas and societal stigmas I grew ashamed of my pansexuality. Of course, a lot of art wrestles with the nature of being queer in a heteronormative world. It’s important. Even my next short does this. However, as we make strides in the culture at large, I hope we also champion stories where a character’s sexuality is simply a facet of their story, not the main obstacle.

I recently released a music video for Jim-E Stack for a track called A Man Can’t Know What It’s Like To Be A Mother. We used his music for unfold. Currently, I’m close to picture locking my next short, soft. The film follows a chracter wrestling between accepting his sexual identity and his sexual assault. soft was made with the support of the Sundance Institute and they are helping guide me as I move onto the fourth draft of the feature film based on the same story.