Co-Producer of Emily Elizabeth Thomas’ Western short with a twist Lola: Girl Got a Gun, Writer/Director Anna Fredrikke Bjerke joins us on Director Notes today with an intimate, reflective portrait of the grieving process in Outline (Omriss). Reminiscent of Danny Sangra’s No Aloha, Bjerke’s film artfully utilises the desolate Nordic landscape as an expressive canvas on which her protagonist struggles to cope with the loss of her mother, her spiraling into self-destructive behavior, and her meditative journey back to healing herself.

What’s the origin of this intimately reflective story of grief and addiction?

Outline is the second short in a trilogy of films that I have written and directed, which explores themes relating to the female-identifying experience. It is a quiet, reflective character based study about the five states of grief, set against the isolating and desolate Nordic landscape. I wanted to make a film which reflected this non-linear, fragmented moment in a young woman’s life, with intimately felt emotions as its driving force. Continuing to explore themes which resonate with me; landscape, redemption, identity, and the process of realization.

Outline very much sits on the shoulders of actor Inga Ibsdotter Lilleaas, how did she come on board the project?

We searched extensively for an actor who could carry the emotional weight of Thea as she drives the narrative without much dialogue. We were nearing production when Cinematographer Catharina Wandrup brought up Inga’s name in a conversation, for which I’ll be forever grateful. Inga is such a beautiful human being and intuitive actor. She brought so much to the role of Thea and really helped shape her emotional arch. 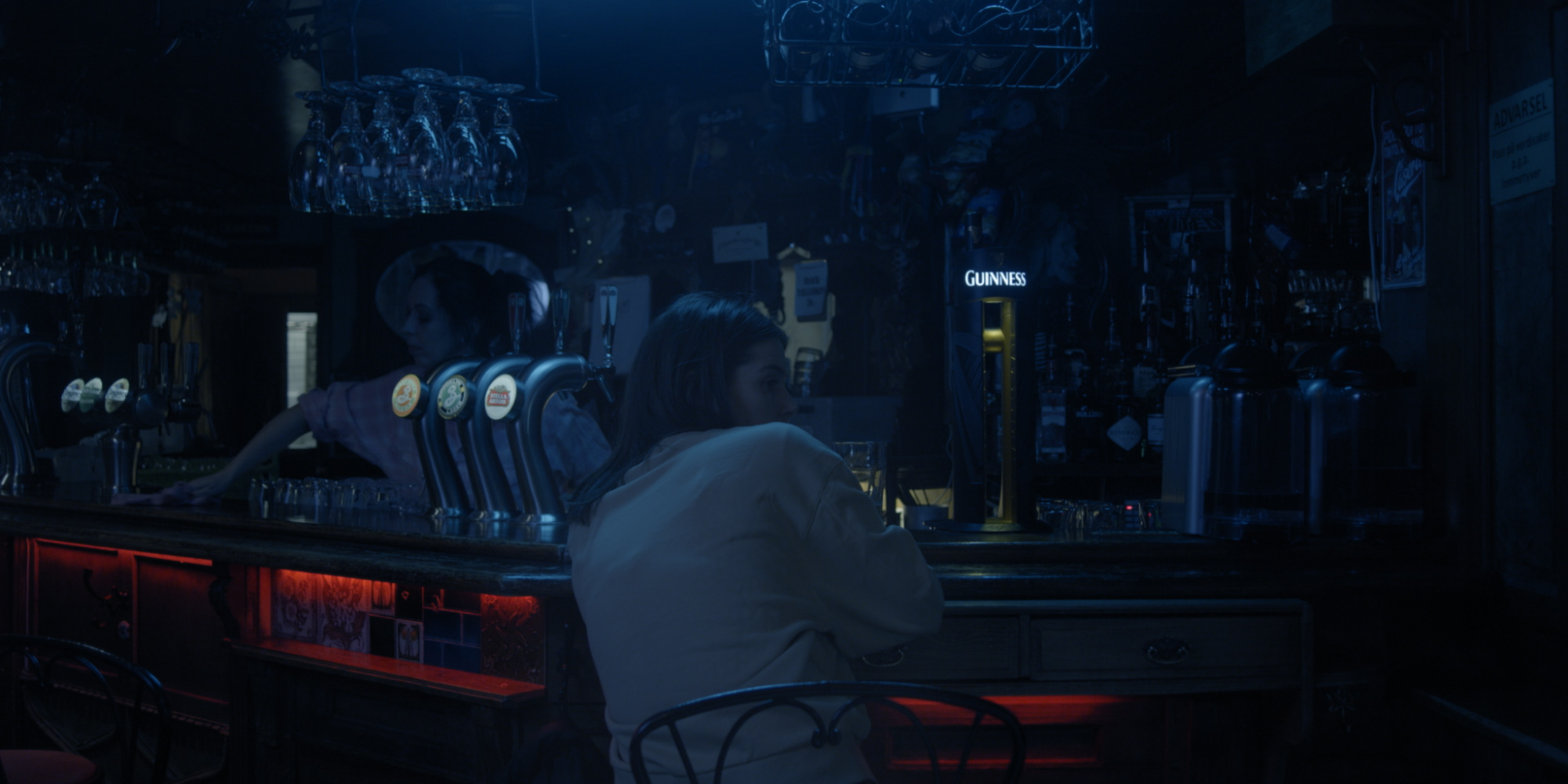 How did you approach the film’s cinematographic style and production design to best track Thea’s journey through grief?

The process of making Outline was incredibly organic; there were certain elements that ended up being exactly as I had visualized them, such as the scene where Thea slips into her own addiction at the neon-lit bar, whereas others were changed due to the weather or left on the cutting room floor.

Catharina and I talked a lot about wanting to be ‘in feeling’ with Thea, as she goes through different states of grieving her mother’s death, and decided to use handheld throughout the shoot, which allowed for an emotional intuitive editing style that aligned with Thea’s journey. I wanted to emphasize her feeling of being isolated in a desolate landscape by having the time period be ambiguous, and not be influenced by modern technology. This not only affected the production design of the film but its tone and rhythm too.

I wanted to make a film which reflected this non-linear, fragmented moment in a young woman’s life, with intimately felt emotions as its driving force.

As for the shoot, it was pretty straight forward. We filmed at my grandparents’ cottage over a weekend in late October last year, which hasn’t changed much since the 1980s. I decided to lean into its timelessness, wanting to avoid making the film feel too contemporary. Costume Designer Embla Eide Robertson created a wardrobe that reflected this. We were an almost all-female crew at a cabin two hours outside of Oslo, chasing the light each day, as the days were getting shorter, which was kind of a blessing as it made us very efficient and perhaps think harder about the decisions we were making along the way. 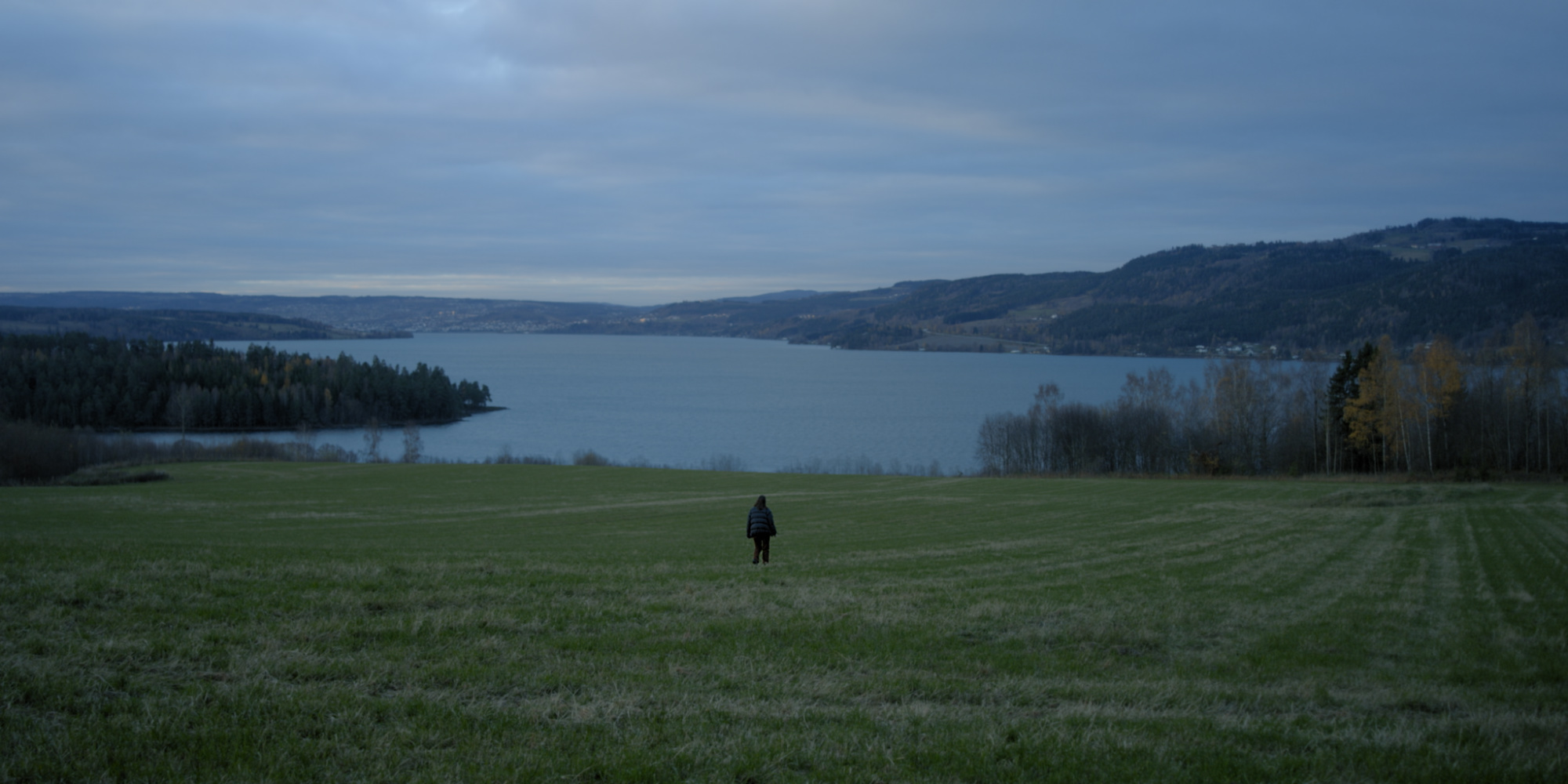 You’re currently finishing up Fragments, the third film in this series. What can you tell us about it? Will we get to see the first film The Way Things End online soon?

I recently finished post-production on Fragments, which is the third and final short in my trilogy of films that explore themes relating to the female-identifying experience. It follows Kaya, whose wedding is disrupted by the unexpected visit from her former lover, Iben. The film depicts queer female friendship, as it examines the choices we make when facing a crossroad. As for the first short in the series, The Way Things End, it will premiere on Aftenposten.no early this fall.

Do you have any other projects in the works at the moment?

I am currently in post-production with a web series that I co-wrote and directed called Gemini, which follows two queer women as they struggle to navigate the messiness of their twenties. I am really excited about sharing this special project online in October (you can follow our Instagram @geminitheseries for updates). And I am directing a coming-of-age short film that I wrote, which has received funding from the Norwegian Film Institute this fall.