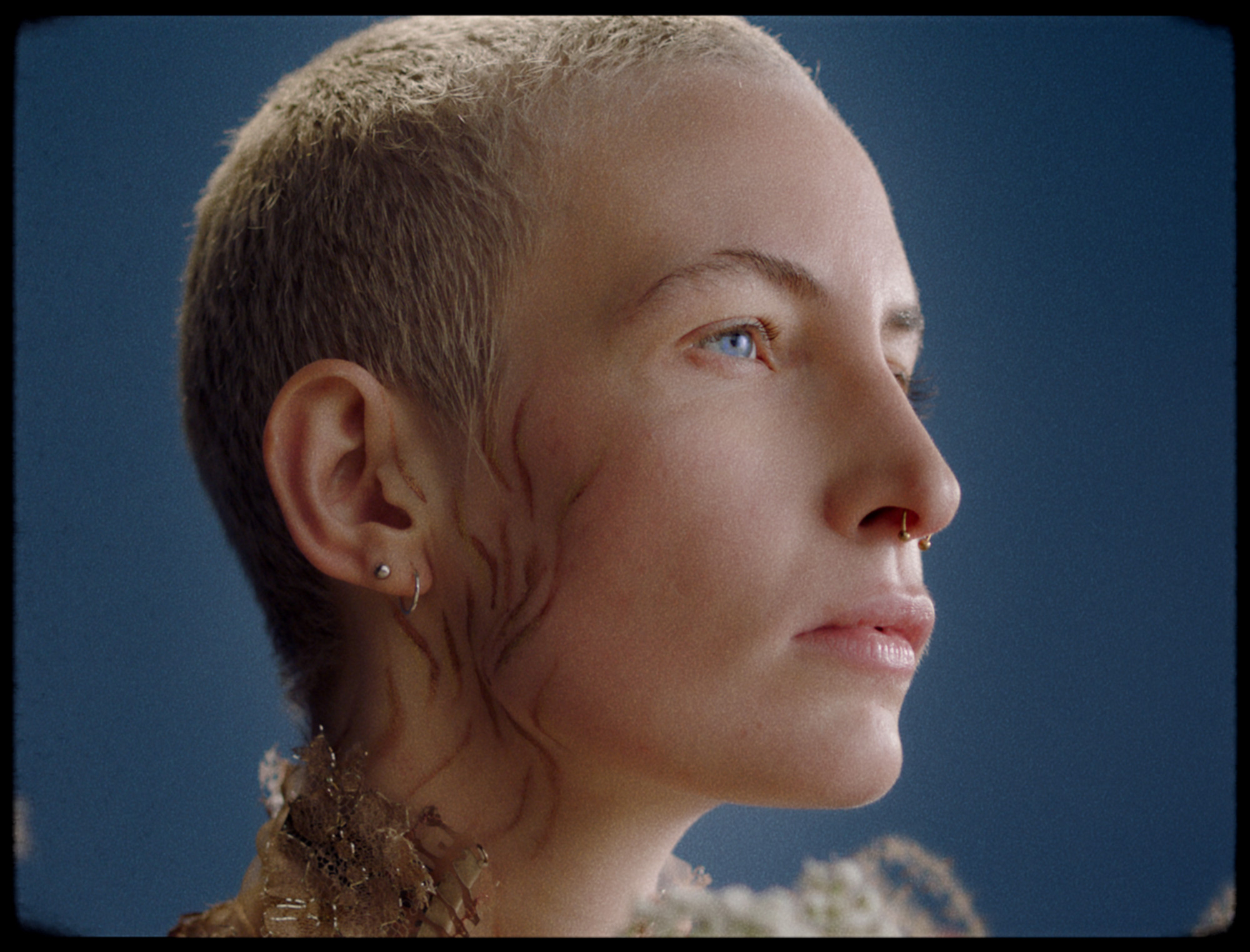 Beauty may only be skin deep as they say, but between mass media conditioning and social media filters which encourage us to present ‘flawless’ versions of ourselves, the desire for outer perfection is something deep-seated in the collective conscious. First seen on Directors Notes with his challenge to outmoded assumptions about masculinity SPECTRUM, BAFTA nominated filmmaker Artur Zaremba returns today to discuss new documentary short SKIN – a film prompts us to consider the correlation between skin and identity through intimate conversations with young people who have experienced skin bias.

The idea for SKIN came up while I was trying to numb myself to sleep late one night, endlessly scrolling down my Instagram feed. My brain wasn’t fully registering the amount of perfectly edited and obscenely filtered selfies until I landed on a throwback picture of Vanessa Williams, the first woman of African-American descent to be crowned Miss America in 1983, sixty-two years after the competition first originated. Williams faced discrimination in response to her win and was forced to give up the title under pressure, with a scandal involving nude photographs playing out in the background.

It triggered me to question the beauty standards we have been conditioned to put on the pedestal and think about the skin-related discrimination and stigma many of us face every day. Pure, smooth, glowing, radiant, fair, dark, soft, youthful… The meaning of perfect skin varies widely throughout the world, but whether you live in London, Los Angeles, Tokyo, Delhi, or Abuja perfect skin always seems elusive and unattainable…

By making SKIN I wanted to question how much the surface defines who we are underneath it, especially in the age of social media, where image is everything.

It’s hard to tell how long pre-production took. I usually treat any creative idea that comes to me as a seed – plant it, feed it and patiently let it grow for a few weeks before the pen even touches the paper. Once ready, writing the treatment usually takes from a few hours to a couple of days. Sharing the concept with others and assembling a team to execute the vision is always one of the most exciting parts of making a film.

We set the bar really high for this project and the final outcome wouldn’t be possible without the hard work of an insanely talented group of creatives who helped to bring SKIN to life. Haze Creative Collective is all about collaboration through freedom of individuality. We love continually learning from other practitioners about their craft and strive to create opportunities for self-expression, which aren’t always possible on commercial jobs.

In making SKIN, we explored a whole range of skin-related prejudices: due to colour, scars, past medical conditions and tattoos. The stories I heard were sometimes heart-breaking – being made to feel unworthy, unloved, ugly and fetishized. All because of one’s skin. But ultimately, our protagonists show real strength and fighting spirit in speaking out. They reclaim their skin and pave the way for others.

I was keen to contrast these raw and emotive conversations with images that are fed to our brains through social media on a daily basis.

I am full of admiration for everyone who with such honesty and trust talked about their personal struggles in support of this project. Snippets of those intimate conversations became the narrative arc for the film. We ended up with around sixteen hours of audio material, which took weeks to sift through with due care and sensitivity in post-production. Although not every conversation made it to the final cut, all of them helped in shaping the narrative of the film.

From the visual point of view, I was keen to contrast these raw and emotive conversations with images that are fed to our brains through social media on a daily basis. Carefully lit, immaculately composed, filtered and trimmed to perfection. We created three distinct set-ups to intertwine and evolve together with the narrative. Each scene metaphorically illustrating a different side of the subject matter. I wanted them to feel like a dream – surreal and poetic. Beautiful but somewhat unnerving. Our performers – Cat, Kayt Webster-Brown and Shaquille Brush did a tremendous job embodying their characters.

Playing with fashion and makeup for the first time on a bigger scale was a real treat for me. We were very lucky to have two wonder women helming these departments – Elodie Fromenteau and Coco Hirani respectively. Both incredibly talented in their craft, creating a simply sublime result. Coco was supported by the delightful Luca Chirico on the makeup front.

Responsible for capturing the images was the amazing Director of Photography – David Liddell, who I’d wanted to work with for a long time. Ahead of the shoot, we had a couple of productive conversations about the motivations for making the film, as well as our hopes for it. David’s approach showed a real depth of understanding of the concept right from the offset and he executed it stunningly while supported by the wonderful Chris Ingrouille, our 1st AC. We shot on Alexa Mini and a set of Cooke Primes and whizzed through an insane number of shots in just over eight hours.

Post-production, on the other hand, took nearly eight months, mainly because I was busy with other undertakings and didn’t want to rush a project that needed my undivided attention. Once picture locked, the wonderful Guy Chase created the beautifully fitting sound design for the film. Finally, the stunning colour grade by the lovely Jessica Vile from Framestore was the cherry on the cake.

The stories I heard were sometimes heart-breaking – being made to feel unworthy, unloved, ugly and fetishized. All because of one’s skin.

I’ve always loved the freedom to experiment that comes with short form – crossing genres by mixing visual styles and narrative techniques. Filmmaking is a living being and with the rapid development of technology continuously creating new ways to tell stories, the medium becomes much more accessible. I believe short form has unlimited potential to engage wider audiences and trigger positive change going forward. As long as the authentic human experience is kept at the heart of a project, I’ll definitely tune in.

Every single person from the cast and crew delivered beyond expectations and they all deserve a medal for their passion, flair and hard work. As it is always the case with independent film endeavours, we worked with incredibly limited resources. However, I hope that the end result is something that everyone can be proud of.