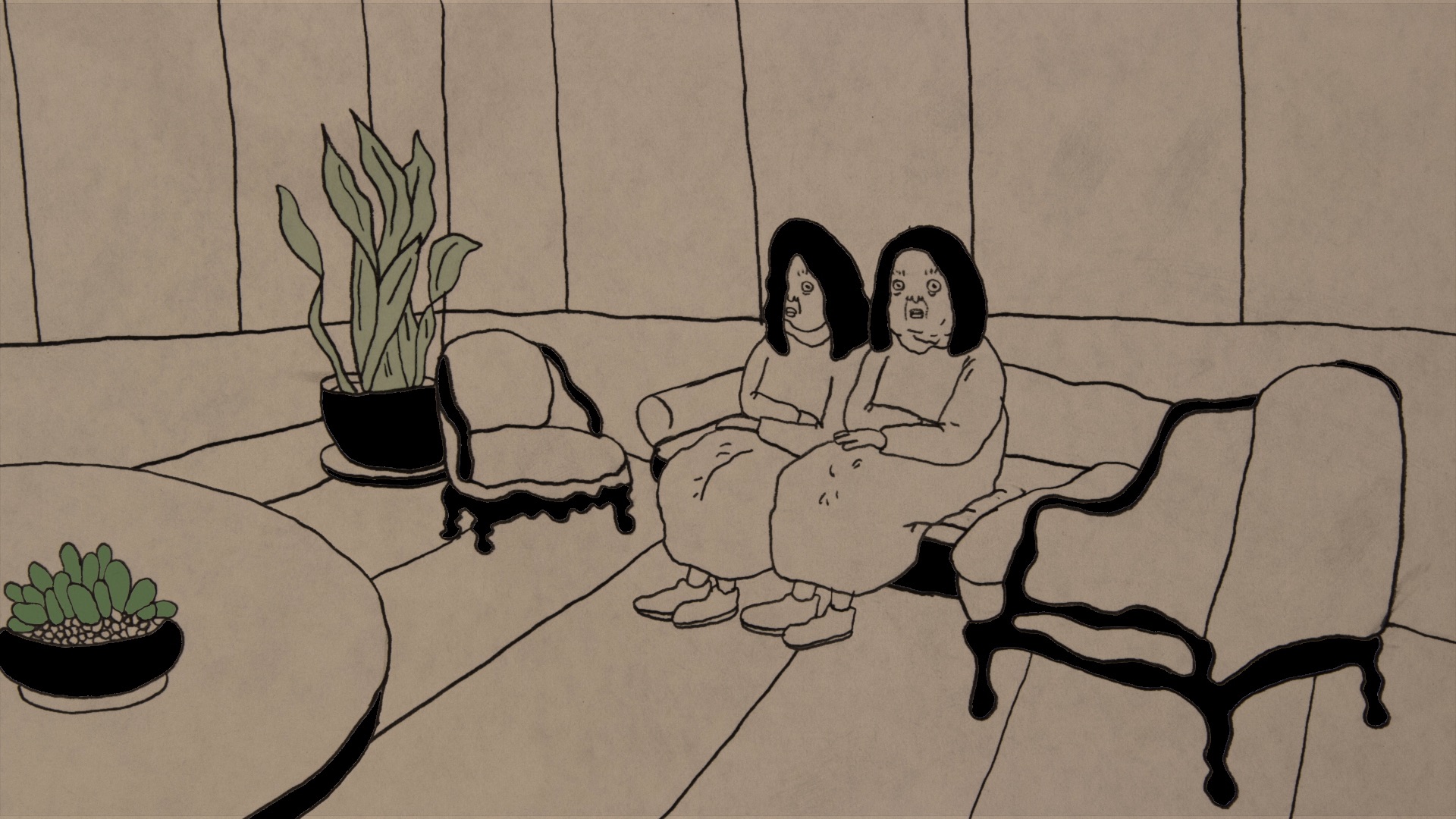 The death of a parent is something you can never shake and for former CalArts student Amanda Bonaiuto, the loss of her father, 24-years ago, was certainly on her mind when it came to creating her grad film Hedge. Eager to inject a little weird humour into a serious subject, Bonaiuto’s film evolved from a straightforward representation of her own personal tragedy to something much more abstract and universal. The filmmaker joins Directors Notes to discuss her film’s journey, the real life events that inspired it and building a “recognizable voice”.

You describe the film as “a singularly comical/surreal vision of a family visiting a funeral home” – what inspired you to set your film in a funeral home?

I was thinking a lot about my father’s death, now 24 years ago, the surrounding environments and the different ways that people mourn losses of all kinds. I began production on a pretty straightforward narrative about a dead father and his remaining family, not super far removed from reality. At a certain point, the idea of representing this event in my history stopped feeling interesting to me and started to feel stifling as I was working in the limitless medium of animation, and also sent me into a depression.

I cut the whole film apart into shots, printed out stills, and covered my living room walls in a deconstructed version of the film.

So I cut the whole film apart into shots, printed out stills, and covered my living room walls in a deconstructed version of the film where I started recognizing motifs and repeating characters far outside of the nucleus that I had started with. I came to a much more open, abstract and maybe poetic meditation/exploration on the space of the funeral home instead of a reflection on a specific death and its aftermath. 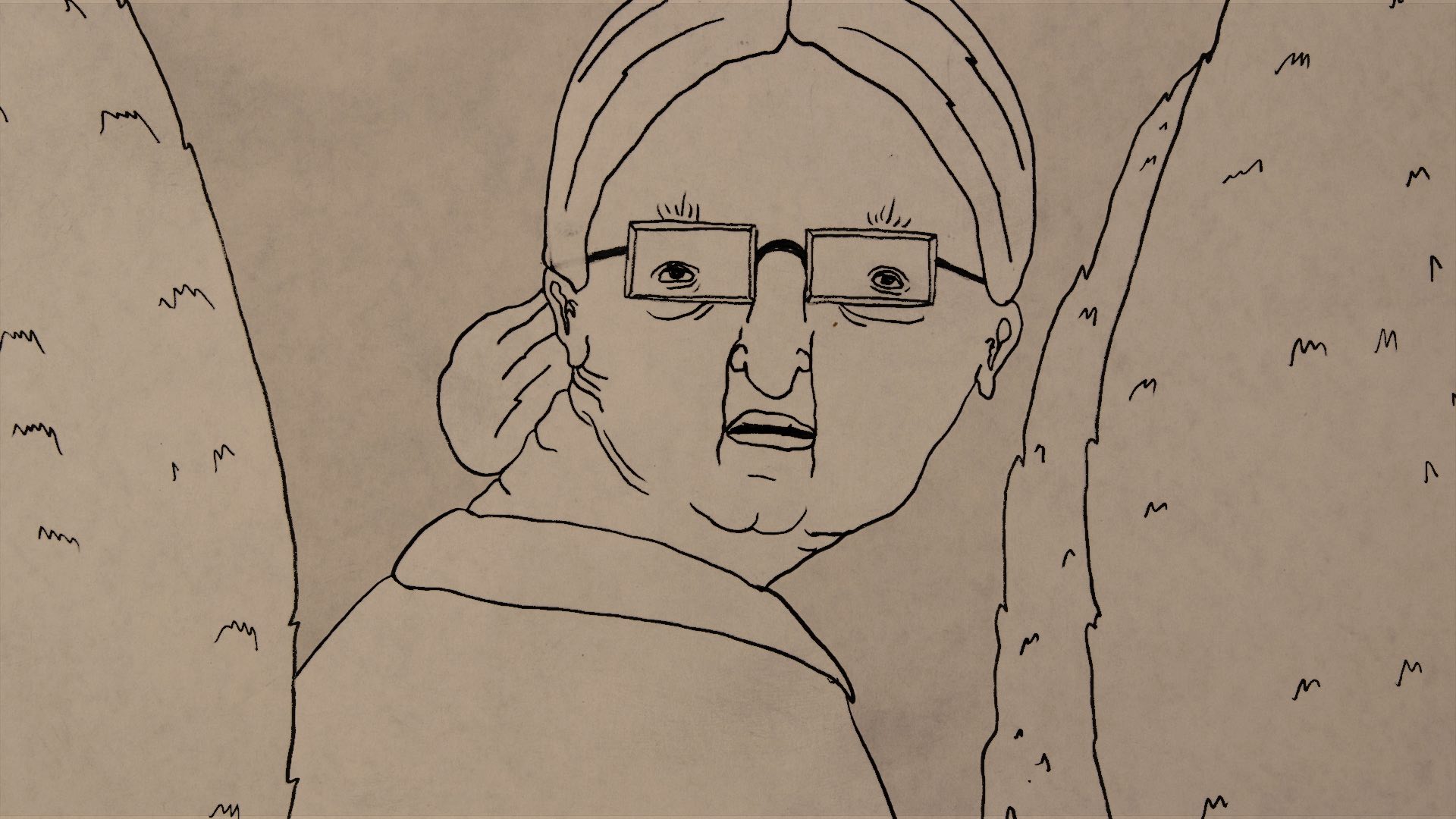 What made you approach your film with this surreal, comedic take? What is it about this kind of balance that appeals to you?

I’m attracted to work that takes itself seriously but remembers that there’s still room for funny stuff and I like when I can strike that balance/use the balance as a tool for play. I think there’s also just something inherent to how I experience the world in a surreal comedic way and I like the absurdity that arises from it.

The swarm of ladies that move through the funeral home are based on a specific memory of my Aunts surrounding my Mother.

For example, the swarm of ladies that move through the funeral home are based on a specific memory of my Aunts surrounding my Mother when I was little after my Father’s death, and from my perspective, it almost felt choreographic or like they were on a stage and I wanted to capture that impression. I saw an opportunity to play with the memory and grow that group of women into what feels like a force in the environment. I’m for sure attracted to work that allows room for funny stuff in dark contexts, and I like when I can strike that balance.

Fans of your early short Batfish Soup will know you have a knack of portraying ‘unusual’ families, how did you go about choosing and designing the characters for the family in Hedge?

I knew I wanted to create an environment that felt both austere and inviting, with the character design/acting, the space itself, and the soundscapes. I was interested in creating a world that felt homogenous to the point of bizarre discomfort because that’s the sensation in my body when I’ve had to visit a funeral home. I was looking at a lot of films by Apichatpong Weerasethakul, Roy Andersson, and Jacques Tati and video work from Mika Rottenberg while making Hedge, and I feel like those influences leaked in.

I definitely want to have a recognizable voice as a filmmaker/artist, but I don’t know if that means having a totally recognizable visual style, or if it’s more about tone and direction for me. It’s something I consider often and sometimes feels unhelpful. 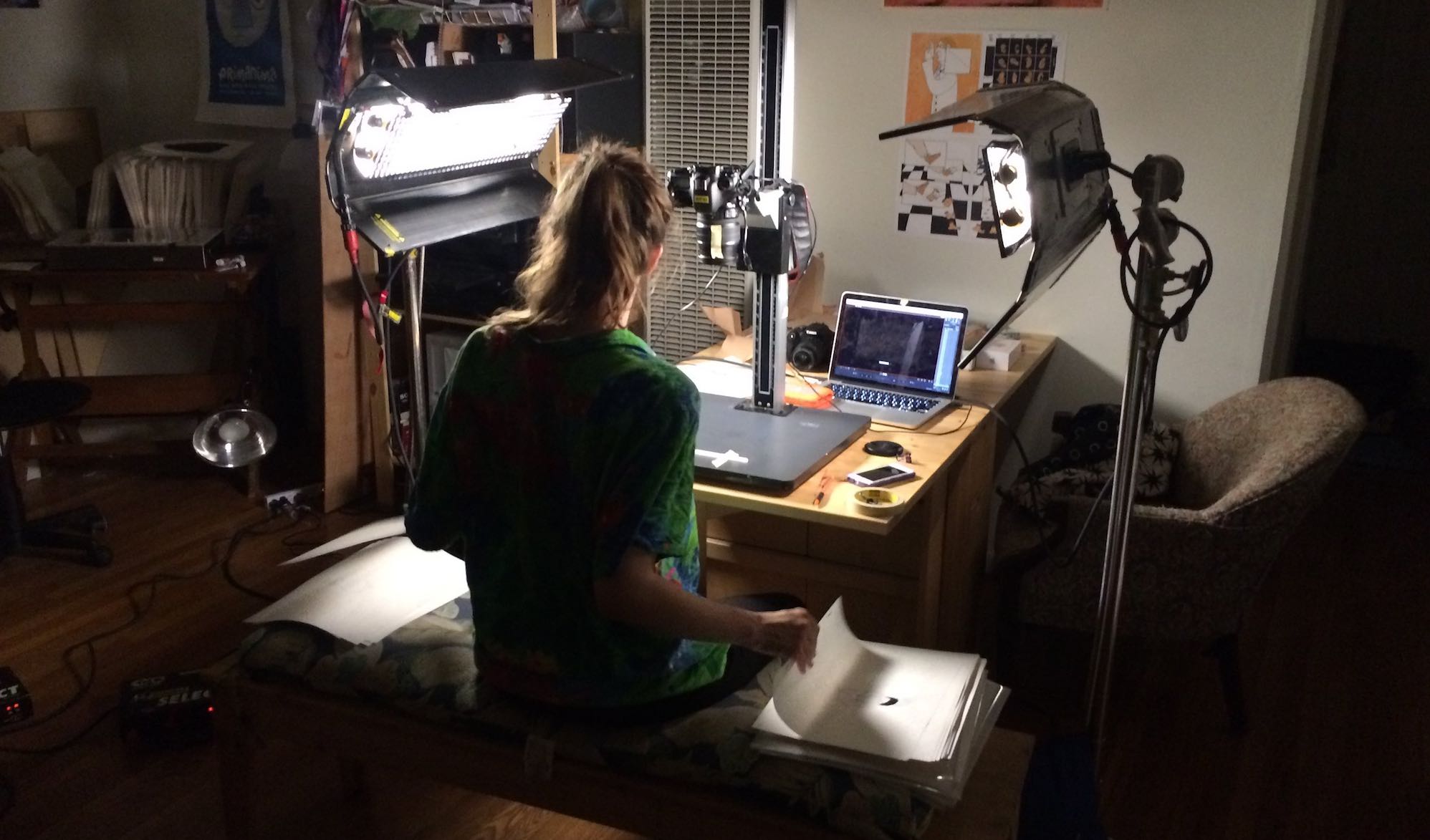 You studied experimental animation at CalArts, how has your time there influenced your work?

Studying at CalArts gave me personal and professional direction in a very tangible way. The program isn’t skills based in a traditional sense, where the curriculum is about programs/software and technical animation rules, it’s much more geared towards developing individual voices as artists and creators in the world. A major take away for me is my community of friends and fellow animators that support and promote each other’s work.

What are you working on next and where we can we go to find more of your work?

I’m starting production on a film called CONFETTI in December, and it’ll be finished by Dec 2020. I also just released a music video for Ricardo Dias Gomes & Star Rover (see above) and you can find more work on my website and Instagram